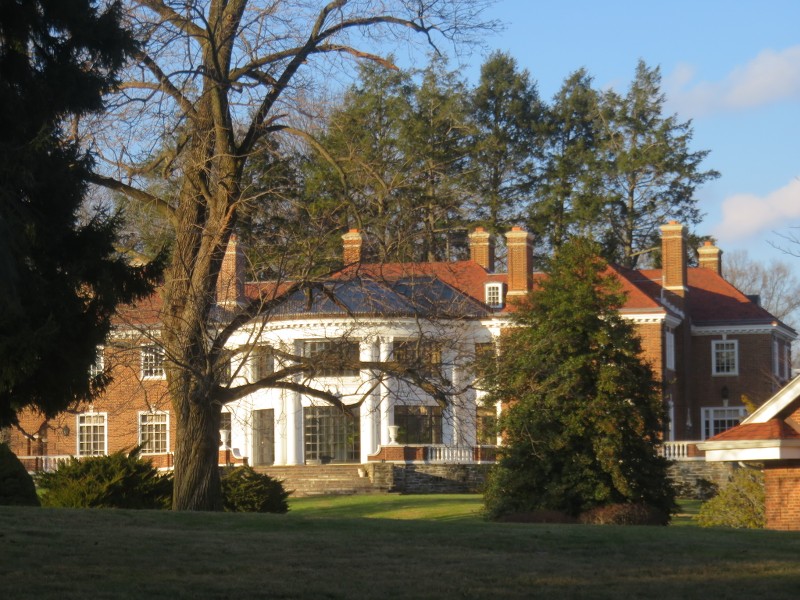 Irisbrook, off of Kennett Pike near Westover Hills. The house was built in 1928 for William Raskob, brother of John J. Raskob, who was an executive for DuPont and General Motors, and also built the Empire State Building. The mansion now houses the Raskob Foundation for Catholic Activities. The announcement party for the engagement of actress Grace Kelly to Prince Rainier of Monaco was held here in January of 1956. Photo by xzmattzx.