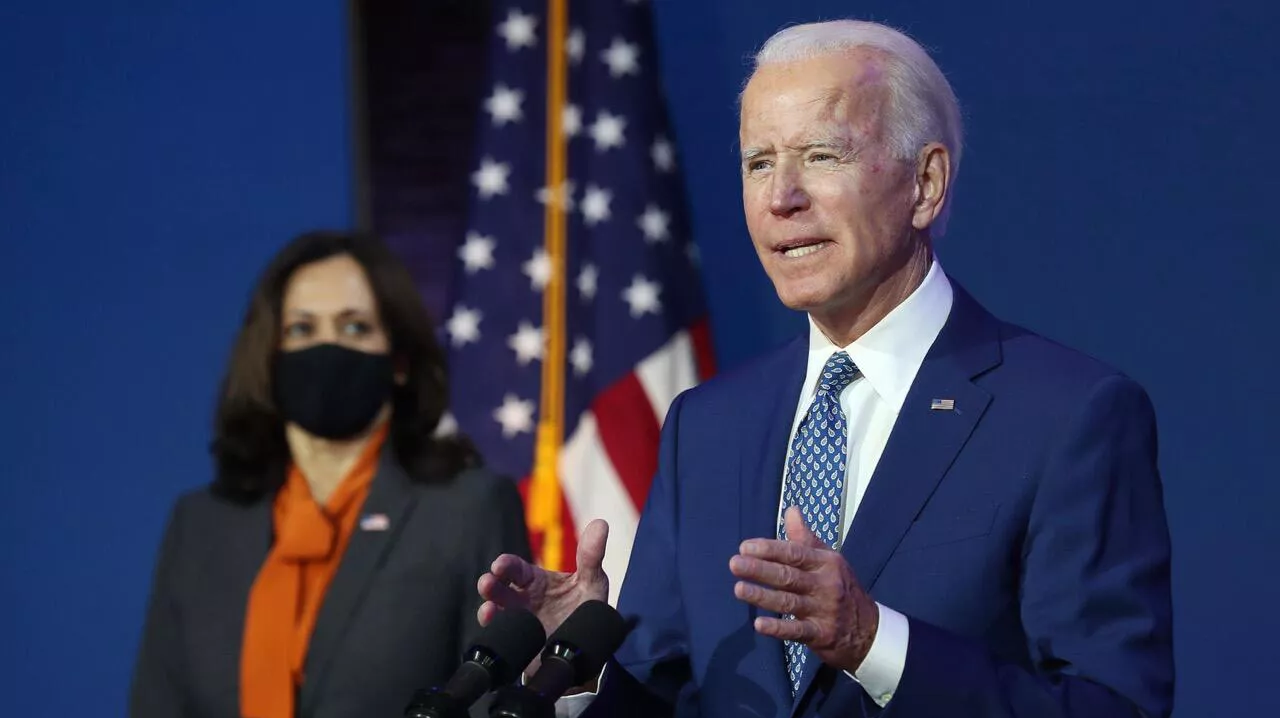 “President-elect Joe Biden, inheriting a collection of crises unlike any in generations, plans to open his administration with dozens of executive directives on top of expansive legislative proposals in a 10-day blitz meant to signal a turning point for a nation reeling from disease, economic turmoil, racial strife and now the aftermath of the assault on the Capitol,” the New York Times reports.

“Mr. Biden’s team has developed a raft of decrees that he can issue on his own authority after the inauguration on Wednesday to begin reversing some of President Trump’s most hotly disputed policies. Advisers hope the flurry of action, without waiting for Congress, will establish a sense of momentum for the new president even as the Senate puts his predecessor on trial.”

“On his first day in office alone, Mr. Biden intends a flurry of executive orders that will be partly substantive and partly symbolic. They include rescinding the travel ban on several predominantly Muslim countries, rejoining the Paris climate change accord, extending pandemic-related limits on evictions and student loan payments, issuing a mask mandate for federal property and interstate travel and ordering agencies to figure out how to reunite children separated from families after crossing the border.”

“President-elect Joe Biden is filling out his State Department team with a group of former career diplomats and veterans of the Obama administration, signaling his desire to return to a more traditional foreign policy after four years of uncertainty and unpredictability under President Donald Trump,” the AP reports.

“A transition official said Biden intends to nominate Wendy Sherman as deputy secretary of state and Victoria Nuland as undersecretary of state for political affairs — the second- and third-highest ranking posts, respectively.”

President-elect Joe Biden announced Friday that he has chosen a pioneer in mapping the human genome to be his chief science adviser and is elevating the top science job to a Cabinet position, the AP reports.

“President-elect Joe Biden has chosen more women for his cabinet than his six predecessors had at the start of their administrations, according to new research from the Brookings Institution, after women played a key role in his November election win,” the Wall Street Journal reports.

“For weeks, Trump had been laying the groundwork to declare victory on election night — even if he lost. But the real-time results, punctuated by Fox’s shocking call, upended his plans and began his unraveling.”

“The public won’t see President Trump’s White House records for years, but there’s growing concern the collection won’t be complete, leaving a hole in the history of one of America’s most tumultuous presidencies,” the AP reports.

“Trump has been cavalier about the law requiring that records be preserved. He has a habit of ripping up documents before tossing them out, forcing White House records workers to spend hours taping them back together.”

“The president also confiscated an interpreter’s notes after Trump had a chat with Russian leader Vladimir Putin. Trump scolded his White House counsel for taking notes at a meeting during the Russia investigation by former special counsel Robert Mueller. Top executive branch officials had to be reminded more than once not to conduct official business on private email or text messaging systems and to preserve it if they did.”

David Graham: “January 6 not only could have been much worse—it was much worse than was initially apparent. Sometimes real-time coverage of news events leans toward the sensational and overstates what happened. But because reporters were unprepared for the violence, and because of the fog of war (and tear gas), the horror of this event has emerged slowly.”

“Many people were able to see the stakes on January 6, but it was much harder to see how close a larger catastrophe was to occurring, much less how much harm was actually done.”

U.S. Capitol Police arrested a Virginia man as he attempted to pass through a police checkpoint in downtown Washington Friday with fake inaugural credentials, a loaded handgun and over 500 rounds of ammunition, CNN  reports.

“As President Trump prepares to leave office with his party in disarray, Republican leaders including Senator Mitch McConnell are maneuvering to thwart his grip on the G.O.P. in future elections, while forces aligned with Mr. Trump are looking to punish Republican lawmakers and governors who have broken with him,” the New York Times reports.

“The bitter infighting underscores the deep divisions Mr. Trump has created in the G.O.P. and all but ensures that the next campaign will represent a pivotal test of the party’s direction, with a series of clashes looming in the months ahead.”

“When Vice President-elect Kamala Harris takes the oath of office at Wednesday’s inauguration, the magnitude of her historic election will be marked not only in her remarks but in the details,” ABC News reports.

“The Vice President-elect will be sworn in by Justice Sonia Sotomayor, another historic female first. Sotomayor is the first Latina Supreme Court Justice.”

“The Manhattan district attorney’s office has expanded its criminal investigation into the Trump Organization’s finances to include the family’s compound in Westchester County,” CNN reports.

“Prosecutors’ interest in the 212-acre property called Seven Springs is a significant widening of an investigation that began more than a year ago. It also draws closer to President Donald Trump’s son Eric Trump, executive vice president of the Trump Organization, who was directly involved in discussions about the property now under scrutiny.”

“The interview focused in part on Trump’s relationship with Deutsche Bank, his biggest and longest standing creditor.”

“The D.C. Attorney General’s office has notified Donald Trump Jr. that it wishes to interview him as part of a lawsuit alleging that President Trump’s 2017 inaugural committee improperly funneled money to the president’s business,” the Washington Post reports.

The communications director for Rep. Lauren Boebert (R-CO), a firebrand Republican freshman who boasts about carrying a gun to work, has quit after less than two weeks on the job, Axios reports. Said Ben Goldey said in a statement: “Following the events of January 6th, I’ve decided to part ways with the office. I wish her and the people of Colorado’s Third District the best.”

Sen. Joe Manchin asked by PBS about using the 14th Amendment to remove sent. Josh Hawley and Ted Cruz from Senate: “That should be a consideration.”

New York Times: “The Capitol Police asked the sergeants-at-arms to request that the National Guard be placed on standby. But the sergeants-at-arms, Michael C. Stenger of the Senate and Paul Irving of the House, rejected the request without raising the issue with either the Senate majority leader, Mitch McConnell, or Speaker Nancy Pelosi.”

Bloomberg reports that “selfie-snapping rioters” at the U.S. Capitol last week left the FBI a trail of over 140,000 images.

“The revelation stunned national security officials and almost blew up the leadership of the world’s most powerful spy agency. Only a series of coincidences — and last minute interventions from Vice President Mike Pence and White House counsel Pat Cipollone — stopped it.”

“During his first days in office, President-elect Joe Biden plans to send a groundbreaking legislative package to Congress to address the long-elusive goal of immigration reform, including what’s certain to be a controversial centerpiece: a pathway to citizenship for an estimated 11 million immigrants who are in the county without legal status,” the Los Angeles Times reports.

“The bill also would provide a shorter pathway to citizenship for hundreds of thousands of people with temporary protected status and beneficiaries of Deferred Action for Childhood Arrivals who were brought to the U.S. as children, and probably also for certain front-line essential workers, vast numbers of whom are immigrants.”

Politico: “Senate Republicans talk as a party as many as three times a week during normal times. But these times are anything but normal. The Senate GOP has not spoken as a conference for more than two weeks now.”

“Now, as McConnell’s conference prepares to enter minority status and faces another grueling impeachment trial, senators are largely being left without guidance from leadership over how to come down on Trump. The conference, so divided now over the outgoing president, is being given space to breathe.”

McConnell has been emailing senators to tell them their decision on whether to convict President Trump during the upcoming impeachment trial will be a “vote of conscience,” Business Insider reports.

New York Times: “In the final days of his presidency, Mr. Trump has been snubbed by foreign allies and banned from social media. Some members of his cabinet fled, and some in his own party helped deal the final blow of a second impeachment. High-profile friends, like the New England Patriots coach Bill Belichick, are declining national honors to avoid being in his presence. His hometown wants little to do with him.”

“Mr. Trump arrived in Washington as an insurgent, an unlikely politician who defied the odds to win the White House. He departs isolated and diminished, leaving behind a Capitol transformed into a war zone, a frayed body politic and a fractured Republican Party that has been ousted from power.”

Politico: “A vast swath of the president’s diehard base in MAGA Nation — the conspiracy theorists, the militia members, and the followers of the QAnon conspiracy theory — has disregarded Trump’s Wednesday remarks. Instead, they are dissecting his phrases and using those cues as rallying cries, doubling down on their plans to keep the MAGA movement going after Trump leaves the White House.”

“The absence of a formal Trump concession to President-elect Joe Biden has emboldened their chatter and bolstered their ideology. So, too, has the clamp-down by social media platforms on MAGA extremist content — Trump’s own posts included — which has given white nationalist and unapologetically fascist groups openings to recruit Trump fans to their cause.”

The lawyer for the “QAnon shaman” who was part of the deadly siege on the Capitol last week publicly petitioned President Trump on Thursday to pardon his client, Politico reports.  Attorney Albert Watkins told CNN his client, Jacob Chansley, “felt like he was answering the call of our president.”

“President Trump is considering granting a pardon to Steve Bannon, his former White House chief strategist and top campaign aide, who was charged with swindling donors to a private crowdsourcing effort to build a wall along the U.S.-Mexico border,” Politico reports.

“The potential pardon would follow a wave of reprieves the president has recently granted to political allies who have been convicted, charged or reportedly under federal investigation. Two additional batches of pardons are expected — one on Friday night and one Wednesday morning before President-elect Joe Biden is sworn into office.”

ABC News: “Three of the key advisers who helped engineer Donald Trump’s’ rise to the presidency in 2016, and who fell from grace under the weight of federal criminal charges, resurfaced during Trump’s final days in office to help engineer his ill-fated attempt to cling to power.”

“Roger Stone, Steve Bannon, and retired Lt. Gen. Michael Flynn all participated in efforts to promote the Jan. 6 ‘Stop the Steal’ event that ultimately devolved into a riotous and deadly melee at the United States Capitol, leaving five dead and causing Trump to become the only president to be impeached for a second time.”