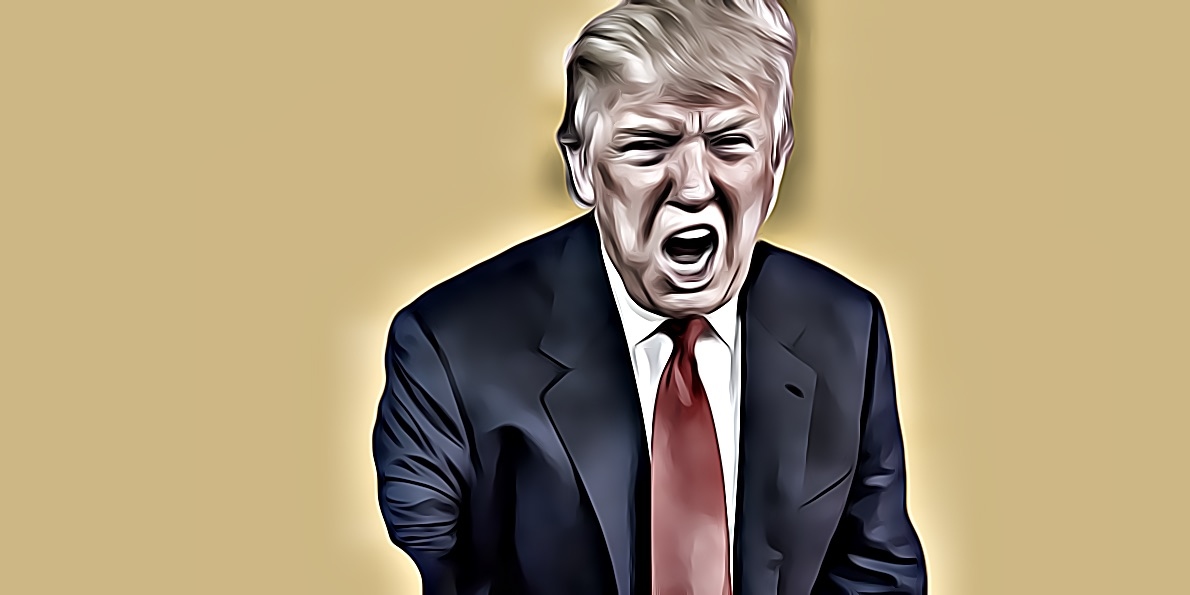 A new Pew Research poll finds Donald Trump is leaving the White House with the lowest job approval of his presidency — 29% — and increasingly negative ratings for his post-election conduct.

Also interesting: 68% of public does not want Trump to remain a major political figure in the future.

Sixty-eight elected officials in Colorado have sent a letter to congressional leadership requesting a probe into Rep. Lauren Boebert’s (R-CO) actions leading up to and on the day of the deadly riot at the U.S. Capitol, the Steamboat Pilot reports.

Said Catsimatidis: “I may want to run as a Democrat with this ranked choice thing. This is a Democratic city, and I was a Bill Clinton Democrat. I was a Democrat for a long time. I’m a middle-of-the-road guy. I can be a conservative Democrat, or I can be a liberal Republican.”

Meanwhile, Businessman Andrew Yang, who waged an unsuccessful bid for the 2020 Democratic presidential nominee, announced Wednesday that he would run for mayor. Yang would be the city’s first Asian American mayor.

Yang, who launched his campaign by pledging to implement the universal basic income plan locally that he championed during his White House bid, entered the contest with the backing of freshman Rep. Ritchie Torres, who represents a seat located in the Bronx. Yang joins a number of other candidates in the June 22 Democratic primary, which will be conducted using instant-runoff voting.

Yang has lived in New York City since 1996, but he’s had little involvement in city politics until now: Indeed, City & State reported last month that he had not even voted in any of the last four mayoral elections.

Yang also attracted some bad press this week when he explained that he’d temporarily relocated to upstate New York last year as the pandemic worsened by saying, “We live in a two-bedroom apartment in Manhattan. And so, like, can you imagine trying to have two kids on virtual school in a two-bedroom apartment, and then trying to do work yourself?” That remark quickly drew plenty of scorn from his rivals, who didn’t hesitate to portray him as out-of-touch with regular New Yorkers.

Politico: “As the politically diminished president prepares to leave office following a deadly pro-Trump riot at the Capitol and an impeachment vote backed by 10 GOP House members, ambitious Republicans are taking steps to burnish their own profiles and present themselves as future leaders of the party.”

“While some are gradually separating themselves from the president, others are publicizing plans to bolster the party as it heads into the post-Trump era. Some are even sparring with other potential 2024 rivals in plain sight, marking a strikingly early start to public presidential maneuvering.”

New York Times: “As Mr. Trump prepares to exit the White House and face a second impeachment trial in the Senate, his ideas continue to exert a gravitational pull in Republican circles across the country. The falsehoods, white nationalism and baseless conspiracy theories he peddled for four years have become ingrained at the grass-roots level of the party, embraced by activists, local leaders and elected officials even as a handful of Republicans in Congress break with the president in the final hour.”

“Interviews with more than 40 Republican state and local leaders conducted after the siege at the Capitol show that a vocal wing of the party maintains an almost-religious devotion to the president, and that these supporters don’t hold him responsible for the mob violence last week. The opposition to him emerging among some Republicans has only bolstered their support of him.”

“And while some Republican leaders and strategists are eager to dismiss these loyalists as a fringe element of their party, many of them hold influential roles at the state and local level.”

NEW JERSEY GOVERNOR–Democratic Assemblyman Jamel Holley, a notorious anti-vaxxer, last year did not rule out a primary challenge to Gov. Phil Murphy, but he’s reportedly taken that option off the table and will instead run against state Sen. Joe Cryan, another fellow Democrat.

TEXAS GOVERNOR— The Dallas Morning News suggests Rep. Dan Crenshaw and former state Sen. Don Huffines as possible primary challengers to Republican Governor Abbott, and an unnamed Crenshaw aide would only say that their boss is “not thinking about running.” That places Crenshaw in the ranks of two other Republicans, both fanatical extremists, who previously did not rule out bids of their own: state party chair Allen West and Agriculture Commissioner Sid Miller.

Texas, however, has an early primary and consequently an early filing deadline, typically in December. What’s more, Abbott already has $38 million in his campaign account, so any would-be primary opponents will need to engage soon.

PENNSYLVANIA GOVERNOR–Former healthcare executive Daniel Hilferty is reportedly considering a bid for governor as a Republican, but as the Philadelphia Inquirer notes, he’d start off with a serious liability: Hilferty served on the host committee for Joe Biden’s very first fundraising event for his presidential campaign, and he went on to donate more than $85,000 to help elect him.

LOUISIANA 5TH CD–Julia Letlow, whose late husband, Luke Letlow, died last month from COVID-19 after winning an all-GOP runoff in December, has announced that she will run in the March 20 special election for the now-vacant seat. Rep. Steve Scalise, the no. 2 House Republican and one of the most powerful GOP officials in Louisiana, also offered his endorsement.

CINCINNATI MAYOR / OHIO SENATOR–Hamilton County Clerk of Courts Aftab Pureval, who was the 2018 Democratic nominee for Ohio’s 1st Congressional District, announced Thursday that he would run to succeed termed-out Democratic incumbent John Cranley this year. Pureval, who is of Indian and Tibetan ancestry, would be the first Asian American elected to this post.

Pureval challenged Republican Rep. Steve Chabot a little more than two years ago for a seat that includes about three-quarters of Cincinnati (the balance is in the 2nd District) and lost the very expensive campaign 51-47. Pureval decided to run for re-election last year rather than seek a rematch against Chabot, and he beat his Republican foe 57-43 as Joe Biden was carrying Hamilton County by a similar 57-41 margin. Pureval hadn’t ruled out a 2022 bid against Republican Sen. Rob Portman when he was asked about it back in October, but his mayoral campaign means we can cross him out for that race.

Pureval joins a May 4 nonpartisan primary that already includes a number of fellow Democrats, and more could enter the race ahead of the Feb. 18 filing deadline. Former Mayor Mark Mallory, who served from 2005 to 2013, and City Councilman Chris Seelbach have each been gathering petitions, though neither has announced that they’re in yet.

The top federal prosecutor in Harrisburg announced Friday that his office has closed an investigation into nine discarded ballots found in the northeastern part of the state that President Trump had touted to support his unfounded claims of election rigging, saying in a statement that the probe had found “insufficient evidence to prove criminal intent on the part of the person who discarded the ballots,” the Washington Post reports.