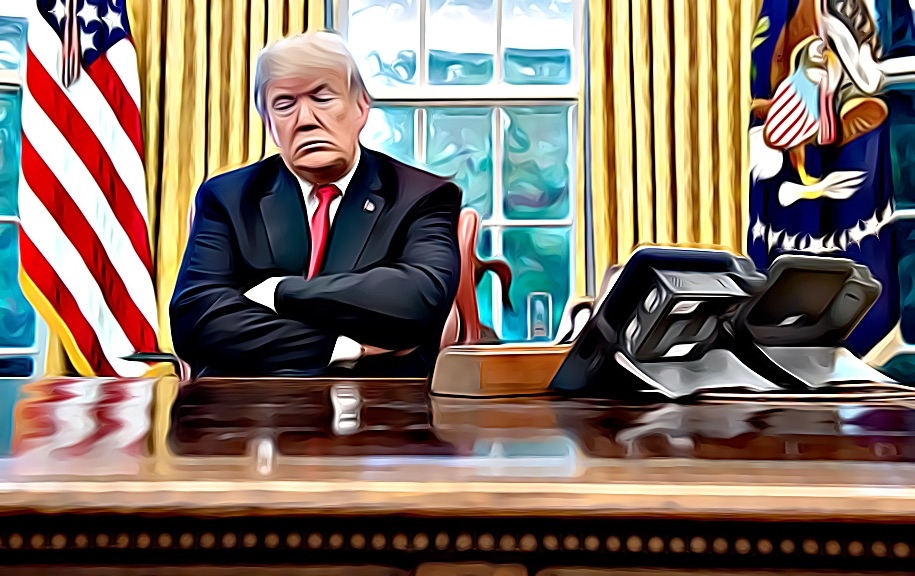 “The vast majority of Americans say they oppose the actions of the rioters who stormed and ransacked the Capitol on Jan. 6, while smaller majorities say President Trump bears responsibility for the attack and that he should be removed from office and disqualified from serving again,” according to a Washington Post-ABC News poll.

A new Axios-Ipsos poll finds that 80% of Americans — both Republicans and Democrats — say America is falling apart.

“Republicans who control Pennsylvania’s state Senate said they will stop blocking a Democrat from taking his seat in the chamber after his unsuccessful GOP challenger lost another bid in court Tuesday to overturn the results of the close race,” the AP reports.

“Speaker Nancy Pelosi is endorsing Terry McAuliffe’s campaign in a very crowded Democratic primary that will winnow the field of those seeking to be the next governor of Virginia,” Axios reports.

“McAuliffe, who already served one term as governor, faces competition from four other Democrats. He’s looking to Pelosi to help burnish his credentials with female and progressive voters in this year’s contested race.”

“President-elect Joe Biden plans to name Jaime Harrison at his pick to lead the Democratic National Committee, part of an effort to bolster the committee ahead of what are already expected to be challenging midterm elections for the party,” the New York Times reports.

LOUISIANA 5th CD–Julia Letlow, the widow of Rep.-elect Luke Letlow (R), will run for the Louisiana 5th Congressional District seat her husband was unable to fill because of his COVID-19 death December 29, the Monroe News-Star reports.   Gov. John Bel Edwards has called a special election on March 20 to fill the seat.

Former Ambassador to the United Nations Nikki Haley announced her new political action committee on Wednesday in an email to her supporters amid speculation over a possible 2024 presidential bid, The Hill reports.

ILLINOIS STATE SPEAKER–A new era began in Illinois politics on Wednesday when Chris Welch won the race to replace Mike Madigan, a fellow Democrat, as speaker of the state House. Welch, whom the Chicago Tribune identifies as a Madigan ally, is the first African American to lead the chamber.

Madigan, who rose through the ranks of the late Chicago Mayor Richard J. Daley’s political machine, was first elected to the legislature all the way back in 1970. Madigan was elevated to the speaker’s chair in 1983 and, apart from the two years the GOP was in power following the 1994 elections, he remained there ever since. In 2017, Madigan became the longest-serving state House speaker in American history.

Progressives also resented the speaker for what the Pearson described as an “autocratic style which lets members advance only a few of their bills per session.” But things took an especially bad turn for Madigan last summer when the utility giant Commonwealth Edison admitted to federal prosecutors that it had given $1.3 million to his confidants in jobs and contracts in order to influence legislation. Madigan himself has not been charged and denied knowledge of the scheme, but one of his associates was indicted in December.

Madigan retained plenty of support to the end, including from labor groups and Democrats who feared they’d struggle at the ballot box without “The Program,” his vast fundraising and volunteer network. Sens. Dick Durbin and Tammy Duckworth, though, called for him to step down, and Madigan struggled to win enough support from fellow Democratic representatives to stay on as speaker. On Sunday, Madigan secured just 51 out of 73 votes in an internal party caucus, which was nine short of the number he’d need to be re-elected speaker of the 118-member chamber.

PENNSYLVANIA SENATOR–Roll Call mentions two new Democrats as potential candidates for this open seat: Rep. Madeleine Dean, whom Speaker Nancy Pelosi named this week as one of the nine managers for Donald Trump’s second impeachment, and state Rep. Malcolm Kenyatta, who would be the state’s first Black senator. Neither Dean nor Kenyatta appears to have said anything publicly about a potential bid.

CALIFORNIA GOVERNOR RECALL–Democratic Gov. Gavin Newsom is up for re-election next year in this solidly blue state, but California Republican leaders are hoping to remove him from office before then through a recall campaign.

Recall supporters told Politico last week that they’d collected two-thirds of the nearly 1.5 million signatures they need ahead of the March 17 deadline, though they’ll have to gather plenty more because some petitions will inevitably be rejected. Multiple polls from last fall gave Newsom at least a 60% approval rating, but his detractors are hoping that the worsening COVID-19 crisis has damaged his standing since then.

If there is a recall election, voters would be given a two-part question. First, they’d be asked if they want to recall Newsom, and second, they’d be asked to select a replacement candidate. If a majority voted no on the recall question, Newsom would stay in office. However, if a majority voted to recall him, the replacement candidate with the most votes would take his seat for the remainder of his term: There would be no primary or runoff, so the new governor could be elected even if they don’t come anywhere close to taking a majority of the vote.

This very process played out in 2003 against another California governor, Democrat Gray Davis. Voters opted to oust Davis by a 55-45 margin, and Republican Arnold Schwarzenegger defeated 134 other candidates in the race to succeed him: Schwarzenegger beat Democratic Lt. Gov. Cruz Bustamante 49-31 while Republican Tom McClintock, who is now a member of Congress, took third with 13%. The only other governor who has ever been successfully recalled in American history is North Dakota Republican Lynn Frazier in 1921.