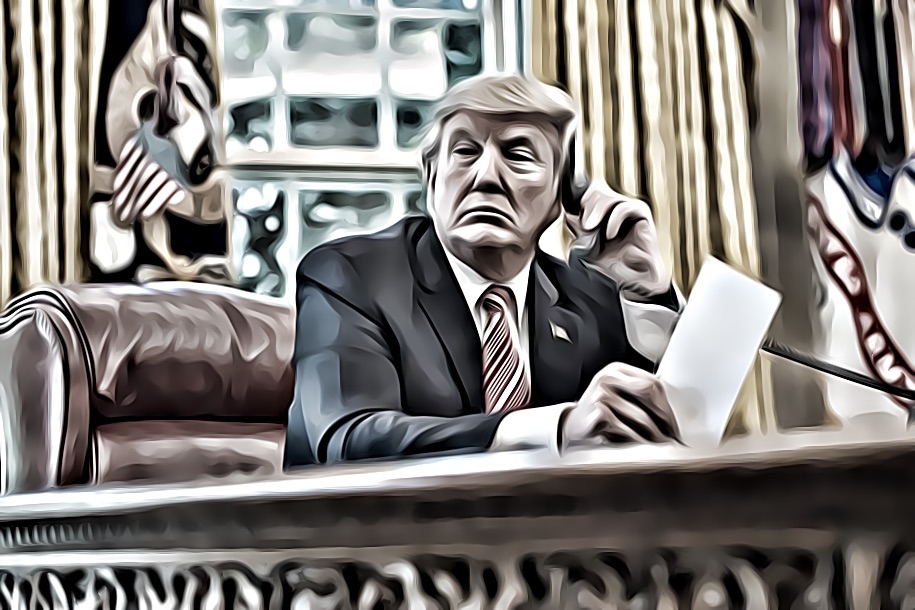 Harry Enten: “The insurrection and the Electoral College objections to President-elect Joe Biden’s election that preceded and followed it were an ugly milestone in just how divisive the political arena has become in America.”

“But let’s be clear: This wasn’t a both sides issue. The events of the past week are a major point in support of the idea that Republicans are more responsible for the polarization in our country. Wednesday was the culmination of a multi-month effort by the President that was largely bolstered by a number of Republicans.”

Sen. Lisa Murkowski (R-AK) responded “absolutely, unequivocally not” when asked by Alaska Public Radio if she was considering switching to the Democratic party.

“While Democrats relish Kamala Harris’ power to cast tie-breaking Senate votes in their favor, it has the potential to define her as vice president — and as a possible 2024 presidential contender,” Axios reports.

“As Senate president and a 51st vote for Democrats, Harris faces the prospect of weighing in on specific bills she would have avoided after leaving Congress. Her domestic and international travel — a key perk for the vice presidency — also could be inhibited by the need to remain close to Washington.”

New York Times: “Now, his Twitter account yanked away from him permanently, President Trump faces the challenge, for both his remaining days in the White House and in a post-presidency, of how to thrust himself into the conversation on his own terms.”

“He spent the first weekend of his presidency without his Twitter account cycling through fury and acceptance, ultimately telling people he was fine without it. He maintained that being “silenced” would infuriate his supporters.”

“Whether President Trump is forced from office or serves out the remaining days of his term, he is now destined to slink out of the White House considerably diminished from the strapping, fearsome force he and his advisers imagined he would be in his post-presidency,” the Washington Post reports.

“Trump had planned to retreat from Washington to plot a comeback that could return him to the White House in four years, but now he will have to contend with a possible second impeachment or perhaps even criminal charges.”

Said GOP strategist Scott Reed: “The way he handled himself in the last 60 days has tarnished his reputation and his ability to be a future leader — and by botching the Georgia Senate races, his entire economic agenda is about to get overturned by the Senate. He’s really gone backwards like no one ever would have imagined.”

A majority of the country, 56%, believes President Trump should be removed before President-elect Joe Biden is sworn in on Jan. 20 and two-thirds hold him accountable for the violent insurrection on Capitol Hill, according to an ABC News/Ipsos poll released Sunday.

“Republicans are fuming, but the timing of Donald Trump’s Twitter ban couldn’t have been better for the party,” Politico reports.

“Fractured in the aftermath of Trump’s defeat and a riot the president helped incite at the Capitol, the GOP found a unifying foil in the social media platform’s erasure of the president — elevating Big Tech‘s status in the culture wars from an annoying foe to archvillain.”

“Republican members of Congress who voted against certifying Joe Biden’s presidential victory, even after a mob broke into the Capitol, are being denounced by critics in their home districts who demand that they resign or be ousted,” the AP reports.

“Protesters, newspaper editorial boards and local-level Democrats have urged the lawmakers to step down or for their colleagues to kick them out. The House and Senate can remove members with a two-thirds vote or censure or reprimand with a majority.”

“After months of stoking anger about alleged election fraud, one of America’s largest talk-radio companies has decided on an abrupt change of direction,” the Washington Post reports.

“Cumulus Media, which employs some of the most popular right-leaning talk-radio hosts in the United States, has told its on-air personalities to stop suggesting that the election was stolen from President Trump — or else face termination.”

“After he lost his reelection bid in November, Donald Trump immediately told allies he planned to run for president again in 2024, preparing to announce as soon as Inauguration Day,” Politico reports.

“He began backing off the idea after learning that running would require him to release a new round of financial documents that would make him vulnerable to his ongoing criminal and civil investigations and lawsuits, according to two Republicans close to Trump.”

“Then came last week… A growing number of Republicans hold Trump responsible for inciting the deadly riots inside the U.S. Capitol Wednesday.”