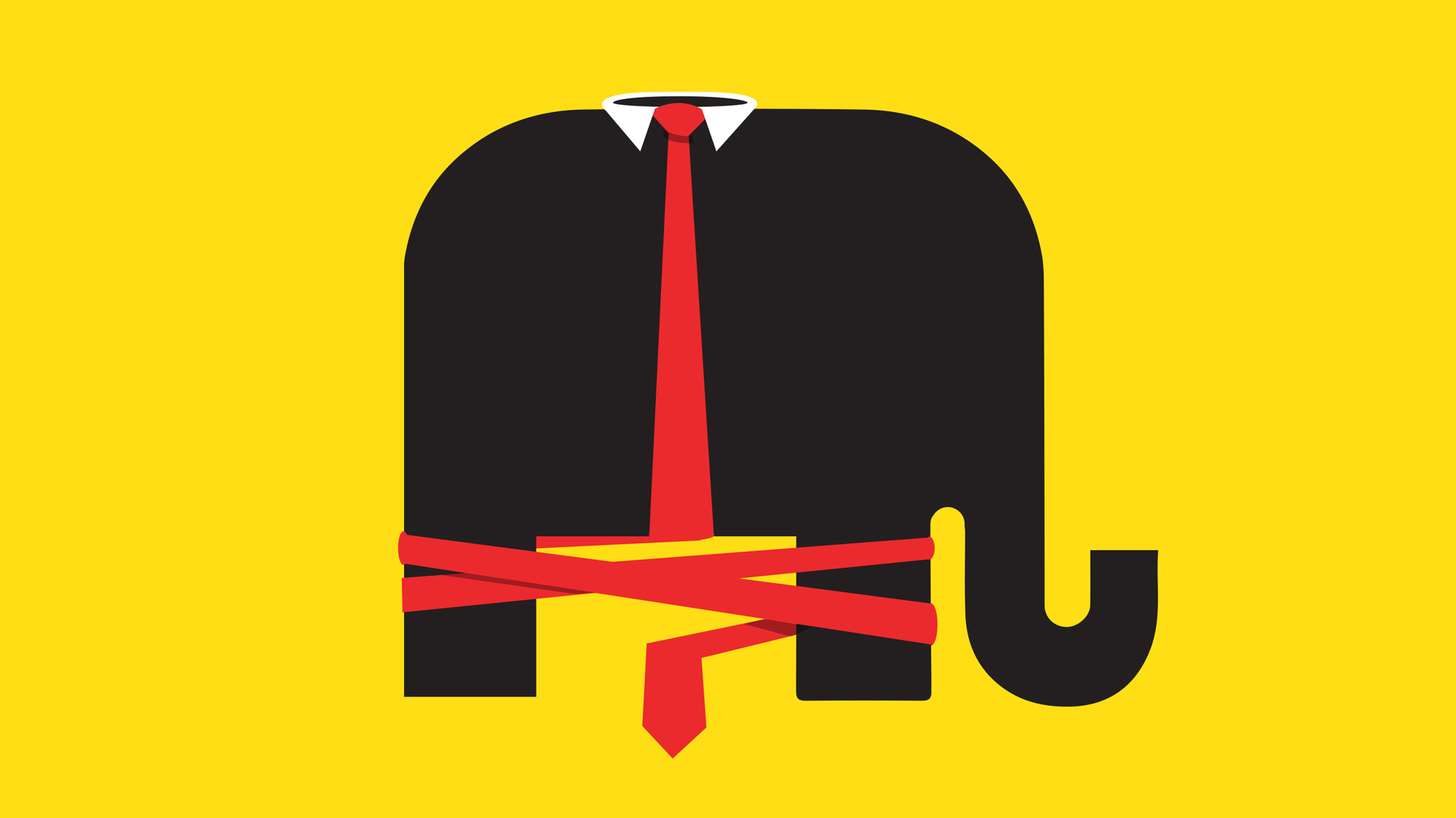 “Georgia’s top elections official will certify the results of runoffs that will tip the power balance of the Senate to Democrats as soon as possible, but he would not commit to completing the task before Joe Biden is inaugurated as President on January 20,” CNN reports.

One of the goal of impeaching Trump likely may not be his actual removal from office and could instead be targeted on preventing him from holding federal office in the future.

That’s could be appealing to enough Senate Republicans — some of whom are eyeing presidential bids in 2024 and would prefer he doesn’t run — to get the two-thirds necessary for conviction. That would require 17 Republicans to join every Democrats once Raphael Warnock and Jon Ossoff are sworn in.

Pennsylvania Lt. Gov. John Fetterman told the Philadelphia Inquirer that he is taking “a serious look” at another run for the U.S. Senate in 2022, an ambition he plans to share with supporters on Friday.

Said Fetterman: “The 2022 cycle in Pennsylvania is going to be one of the most, if not the most, important races.”

Reuters: “The Republican president has dangled the possibility of running for president in 2024, and political operatives had expected him to exert influence over the Republican Party for years to come.”

“But his behavior on Wednesday – goading supporters to march on the Capitol to encourage lawmakers to overturn Democrat Joe Biden’s win in the Nov. 3 election, and then failing quickly to call on them to stand down after violence ensued – has sickened people who work and used to work for him and, they said, changed the equation for his post-presidential relevance.”

Said one former White House official: “It was a dereliction of duty as commander-in-chief and I think he will be mortally wounded from a political career going forward. He has blood on his hands from yesterday.”

ILLINOIS GOVERNOR–WBEZ takes a look at the potential GOP field to take on Democratic Gov. JB Pritzker in 2022. The only new name who expressed interest was state Sen. Jason Barickman, though he didn’t sound enthusiastic about the idea. “It’s not something I sought out to do,” Barickman said, “I have a young family which is my first consideration but I’m doing my due diligence in response to the encouragement that’s been made of me.”

Another possibility is outgoing state Senate Minority Leader Bill Brady, who narrowly lost the 2010 general election to Democratic incumbent Pat Quinn and unsuccessfully sought the nomination again in 2014, as another potential candidate. Brady announced on New Year’s Eve that he’d be resigning from the legislature, and while his statement didn’t mention this race in particular, he did write, “When I was elected leader, I said that I would not pursue any other elected office during my leadership of the caucus.” A Brady spokesperson would only say the soon-to-be-former senator “is interested in working on the critical issues facing Illinois.”

Rep. Rodney Davis could try to seek a promotion if the Democratic-run state government leaves him with an unfavorable seat after this round of redistricting. The congressman doesn’t appear to have addressed the idea of a campaign against Pritzker, but he has been very critical of Pritzker.

Outgoing state Sen. Paul Schimpf confirmed this week that he was considering seeking the Republican nomination to take on Democratic Gov. JB Pritzker. Schimpf was Team Red’s nominee for attorney general in 2014, a contest he lost 59-38 to Democratic incumbent Lisa Madigan. Schimpf won another term in the legislature from his southwestern Illinois seat two years later, and he decided to retire in 2020.

Republican state Rep. Tom Demmer acknowledged last month that he was considering a 2022 campaign for Senate, governor, or a different statewide office. Politico reports that Demmer is already getting assistance from former Sen. Mark Kirk, who lost re-election to Democrat Tammy Duckworth in 2016, in meeting potential donors.

NEW YORK’S 22ND CONGRESSIONAL DISTRICT–Following a court-ordered recanvass in all eight counties that make up New York’s 22nd Congressional District, Republican Claudia Tenney’s lead over Democratic Rep. Anthony Brindisi increased from 12 votes to 29, but the race is far from resolved. According to Syracuse.com, approximately 2,500 uncounted ballots are still being disputed and will be reviewed by the judge overseeing the case this week. Because of the long delay, the district is now without representation in the House, since there was no winner who could be sworn in when members took their oaths for the 117th Congress on Sunday.

LOUISIANA’S 2ND CONGRESSIONAL DISTRICT SPECIAL ELECTION — Republican Secretary of State Kyle Ardoin says it’s likely that a special election for Louisiana’s 2nd Congressional District will take place on March 20, the same day as the special in the 5th District. Democratic Rep. Cedric Richmond is slated to become a top adviser to the Biden administration, but he was sworn in to the 117th Congress on Sunday and has yet to step down from the House.

The Democratic field in this very blue district is still taking shape, but one notable candidate just took his name out of contention: State Sen. Cleo Fields announced Monday that he wouldn’t seek a return to the U.S. House after a 24-year absence.

The filing deadline will be Jan. 22, and all the candidates will compete in a March 20 all-party primary in this heavily Democratic seat. If no one takes a majority of the vote then the top two vote-getters, regardless of party, would compete in an April 24 runoff.

IOWA’S 2ND CONGRESSIONAL DISTRICT–Republican Mariannette Miller-Meeks was provisionally seated along with the rest of the 117th Congress when members were sworn in on Sunday, pending the outcome of an election challenge filed by her Democratic opponent, Rita Hart. Certified returns gave Miller-Meeks a six-vote win, but Hart has asked the House Administration Committee to review the results, saying that 22 lawful ballots were not counted.

Miller-Meeks has until Jan. 21 to submit a response, at which point the committee will weigh the matter and issue a report for consideration by the House as a whole recommending one of a number of options. Those could include rejecting the challenge, seating Hart instead of Miller-Meeks, conducting a further recount, or ordering a new election be held. The House would decide on a course of action based on a simple majority vote.

NEW JERSEY GOVERNOR–Former Somerset County Freeholder Brian Levine, a Republican who lost re-election two months ago, recently told the New Jersey Globe that he was forming an exploratory committee for a potential campaign against Democratic Gov. Phil Murphy this year.

HAWAII GOVERNOR–Former Democratic Rep. Colleen Hanabusa told the National Journal last month that she wasn’t ruling out a campaign to succeed termed-out Gov. David Ige, who beat her in the 2018 primary.

OREGON SENATOR–Democratic incumbent Ron Wyden, who is 71, confirmed last week that he’d seek another term in the Senate.

MINNESOTA GOVERNOR–While MyPillow CEO Mike Lindell sent confusing signals about his 2022 plans right after Election Day, he told the Star Tribune’s Stephen Montemayor this week that he was “90 to 95%” likely to seek the GOP nomination. Another Republican who has shown interest in taking on Democratic Gov. Tim Walz, former state Sen. Scott Jensen, also said he hoped to decide within the first four months of this year.

Former state House Speaker Kurt Zellers also spoke with Montemayor, and while he didn’t express any interest in running himself, he rattled off a few other Republicans as possibilities: former Minnesota Vikings linebacker Chad Greenway; state Sen. Julie Rosen; and state Sen. Karin Housley, who was the party’s 2018 nominee for the U.S. Senate special election.

MASSACHUSETTS GOVERNOR–Republican incumbent Charlie Baker is eligible to run for a third term, but while his political team began laying the groundwork for a potential campaign all the way back in 2019, the Boston Herald’s Joe Battenfeld speculates that the governor may instead retire and support Lt. Gov. Karyn Polito to succeed him. Battenfeld notes that Baker’s fundraising has dramatically slowed over the last few months while Polito has been stockpiling money.

Either Baker or Polito could face primary opposition from the right if they do run. Former state Rep. Geoff Diehl, a pro-Trump conservative who was the GOP’s 2018 nominee against Sen. Elizabeth Warren, told Battenfeld that he was considering a campaign for governor.

“President Trump and his family started the week asserting indefinite dominance over the Republican Party, threatening primary challenges and verbal lashings on anyone who challenged his delusional effort to overturn the 2020 election result,” the Washington Post reports.

“The backlash since then has been shocking and sudden, as party leaders and senior officials have affirmed their independence from the lame-duck president, whose reputation as a political winner has been tarnished by twin debacles on successive days.”

Sen. Lindsey Graham (R-SC) was verbally harassed by about a dozen Donald Trump supporters at Reagan National Airport on Friday after his public break with the president, Politico reports.

Several people repeatedly loudly yelled at the South Carolina Republican that he was a “traitor.” One woman called him a “liar,” while another said, “You work for the people, you work for us, do you hear me?”

Wisconsin Republicans have a bill to reallocate the state’s electoral votes by congressional district, the Wisconsin Examiner reports.  If this method had been used in the 2020 election instead of winner-take-all, Donald Trump would have receive 6 of the state’s 10 electoral votes.