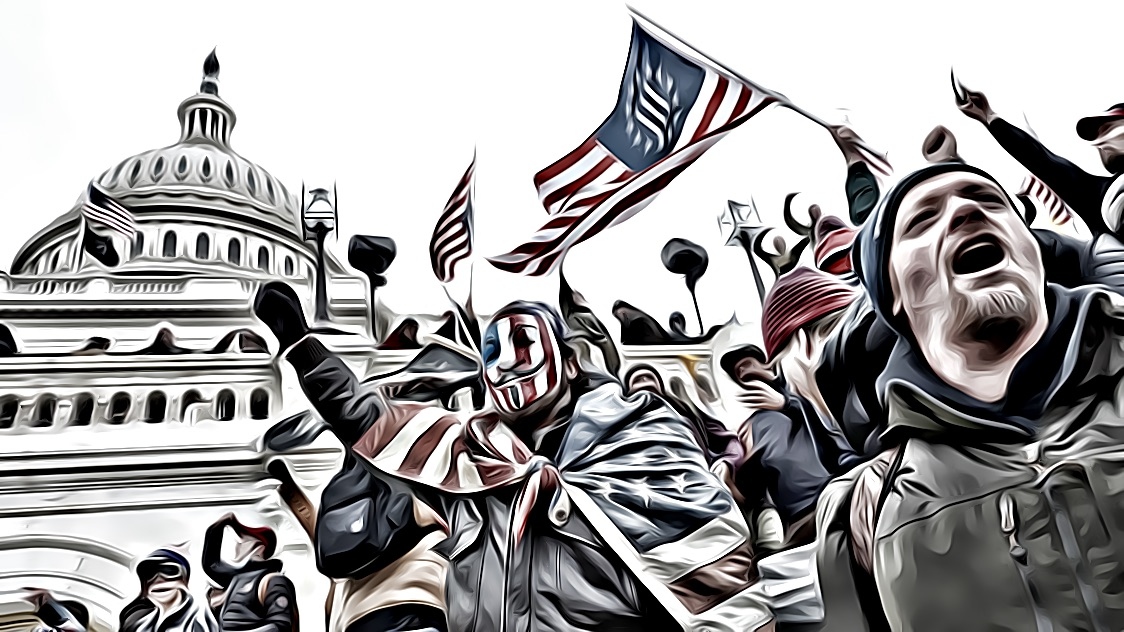 I know this will be an unpopular take after we’ve endured the events of the last 4-5 years, but white supremacy is dying and white supremacists know it. It’s not dead. It’s not anywhere close to being dead. But it’s dying. And it’s inevitable death is now close enough that it’s infantile adherents, including large swaths of the Republican Party, can now see it coming. This is what explains Trump and Trumpism and the Republican party’s spineless embracement of it and the nightmare of the last four years culminating in January 6th, 2021.

I know popular sentiment is that white supremacy has made a comeback. I argue it’s the opposite. In terms of political power, we witnessed the last gasp of white supremacists. You’ll be able to tell your grandchildren you were there. And what a pathetic last gasp it was. White supremacist anger was at an all time high with the presidency of Barack Obama. There was a black president with a Muslim name – no clearer sign that the country which was once theirs was leaving them behind and not looking back.

Then here comes Trump. A candidate willing to openly attack progressives, a candidate with a long track record of brazen racism, whose candidacy was based on American isolationism, anti-immigration (unless they are white), anti-Muslim and attacking the black president’s legitimacy and the entire American political system which through a diverse electorate was becoming demonstrably nonwhite.

For Trump and Trumpism, if American Constitutional Democracy was going to result in them having less power (because it was becoming more fair), then American Constitution democracy was the enemy. We witnessed Trump attack our own political institutions and fearlessly destroy the precedents built over centuries to protect our democracy and his base loved every minute of it. I grew up with these people. They make up half of my Facebook feed. I can’t tell you how many times they have said “Burn it all to the ground!”

Make no mistake, they wanted to destroy our government. And they’ve lost. They will tell you it’s because the government is too corrupt and that’s why they want to burn it down. This isn’t the truth. It’s their own political party that ensured politics would remain corrupt by refusing to overturn Citizens United, allowing corporate money to stay in politics. The legislation they overturned was passed by Democrats. The Democratic Party is the only political party that’s been trying to get corporate money out of politics. It’s the Republicans and Trump making sure it stays in. Under the Trump Administration, they even went so far as to make corporate donations secret so we don’t even know who owns our elected officials anymore. Republicans ensured legislation passed by Democrats limiting corporate influence and corruption in politics never even made it to the floor for a vote.

And they hate Democrats, the only party fighting corruption in government. They literally think Democrats are evil. Trump himself has been corrupt his entire life, and he’s a God to these people. So it’s not about corruption. They want to destroy our political system and burn it to the ground because it’s becoming more fair, resulting in white people having less money, power and influence. And that is exactly what is happening. It’s happening slowly, painfully slowly, but it’s also unstoppable as long as the Constitution exists. And they know it. The group of Non-White people combined with the white people who truly believe in American ideals of liberty and justice for all have outnumbered the group of White people that have embraced Trump as their savior for a while now. And the former is growing.

The reason the latter has been able to hold onto power is based on the structure of our government. People that support Trump are spread out in every region of the country, while the majority of Americans who are against Trump are concentrated in certain regions and states. This gives Trump supporters an advantage in both the Senate and the presidential election, since both of those elections give an advantage to individual states. Every state gets two senators regardless of their population, so a state like California, with a population of 50 million the overwhelming majority of which are diverse progressives, gets the same amount of senators as North Dakota, with a population of less than a million people the overwhelming majority of which are conservative whites. The small population states have a similar advantage in the electoral college. North Dakota gets one electoral vote for 250,000 people, while California only gets one electoral vote for every 750,000 people.

Even with these massive advantages in the Electoral College and the Senate, guess what just happened – the people in this country who are against Trump and all he represents won the Senate and defeated Trump in the presidential election. White supremacists are desperate, they are mobilized, they are motivated, they are backed into a corner, they see the writing in the wall, and they found a perfect candidate. And they lost.

Trump and Trump supporters are too stupid to realize it, but the events of January 6th, 2021 have sealed their fate. Trump will never be able to win an election again. The Republican Party will not give him the nomination again. If Trump runs as an independent it will be the best possible scenario because it will split conservative votes between the white supremacist Republicans who vote for trump and moderate Republicans who will vote for the Republican nominee, ensuring that both lose. Trump won’t go away, and surprisingly that’s a really good thing for progressives. The Republican Party will now be finally forced to either continue embracing Trump, who no longer has power in Government, but still wields the political power of his diminishing base of supporters, or distance themselves from Trump.

And Trump just convinced thousands of people to storm the capitol building, kill a police officer, plant bombs in several places, try to destroy the results of a free and fair election by the American people and threaten the lives of our congressmen, Republican congressmen included. Trump has forced the Republican Party to reject him, finally, as he’s on the way out the door and no longer has any power in government.

The Republican Party didn’t want to reject Trump. They wanted to keep Trump’s voters, because their margins are razor thin. Trump on January 6th forced the Republicans still in power to alienate his supporters, at a time in American history when they desperately every vote. Progressives are leaving the Northeast and Midwest and moving to places like North Carolina, Arizona, Nevada, New Mexico, Georgia and Florida – turning these once red states purple or even blue. Even the structural advantages Republicans have enjoyed that allowed them to hold the Senate and compete for the presidency are failing.

And it’s at this moment that Trump has decided to force the Republican Party to reject him by orchestrating a mob to violently attack the capital building and our free and fair elections. Trump is an infant, who only cares about himself, and that fact has doomed his movement. We are going to witness in the coming years one of two things – the complete disappearance of Trump and Trumpism, or, more likely, the fracture of the Republican Party and the de facto creation of a new third party of Trump worshipers. Anyone who knows the political history of the United States knows full well the consequences of an effective third party. In America, an significant third party devastates the political party closest to it on the political spectrum. If Trump continues to wield political influence, it will render the Republican Party impotent. What we have just witnessed is the end of white supremacy’s national political influence.

3 comments on “The Dying of White Supremacy”