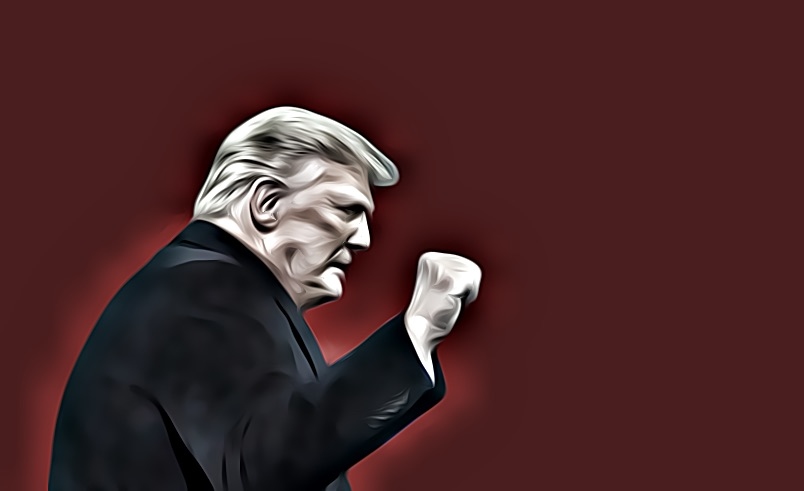 Larry Sabato’s Crystal Ball: “With Election Day voting underway in the crucial Senate runoffs in Georgia, we continue to see both races as Toss-ups. But after an early-voting period where Democrats may have performed better than they did in the lead-up to the November election, Republicans may need to follow suit with an impressive day-of-election performance to defend Sens. David Perdue (R-GA) and Kelly Loeffler (R-GA) against challengers Jon Ossoff (D) and Raphael Warnock (D), respectively.”

NBC News: “Their calibrated closing arguments centered on a pocketbook pitch to approve $2,000 stimulus payments to Americans, a popular issue backed by Democrats and President Trump but opposed by Senate Majority Leader Mitch McConnell, R-Ky. In the days between Christmas and New Year’s Day, McConnell allowed an effort approve the checks die in Congress.”

“The next two days look to be the most tumultuous and telling of the wild, never-ending 2020 election,” Axios reports.

“Twin runoffs in Georgia today determine control of the U.S. Senate. And perhaps half or more of the Republicans in Congress will cast an unprecedented number of votes to invalidate President-elect Biden’s clear win, as the House and Senate meet to certify the Electoral College votes.”

“It’s insane and revealing that those joining the protest — more than 100 House members (and perhaps 140+), plus 13 senators — could amount to more than half of Capitol Hill’s Republicans. This shows the political strength could maintain in exile, tormenting Senate Republican Leader Mitch McConnell and other establishment Republicans.”

Politico on the approach of the Post-Pelosi Era: “The dynamic could turn awkward over the next two years as younger members begin maneuvering to seize their shot at the top while trying not to alienate the leader they all want to replace. Pelosi still hasn’t definitively said this is her last term but has signaled as much, and is eager to seal her legacy without losing any leverage.”

“While Missouri Sen. Josh Hawley and Texas Sen. Ted Cruz are setting themselves up as the chief spokesmen for challenging certification of the Electoral College vote, aligning themselves with President Donald Trump, Arkansas Sen. Tom Cotton and Nebraska Sen. Ben Sasse are staking out the opposite turf. Other Republicans, like Florida Sen. Marco Rubio, South Carolina Sen. Tim Scott and Vice President Mike Pence, are playing it safe and saying little,” Politico reports.

“The debate underscores how fealty to Trump — who might run again himself in 2024 — has emerged as the defining battle line in the fight over the Republican Party’s future. While past primaries have revolved around hot-button issues like health care or immigration, the forthcoming contest is being propelled, so far, by a single question: How loyal should one be to Trump?”

“Mitch McConnell explicitly warned Senate Republicans not to challenge Joe Biden’s presidential win. But now that a dozen of his members are going there, the GOP leader is taking his thumb off the scale,” Politicoreports.

“Senators and aides say he is not actively whipping his members to side against Sens. Josh Hawley (R-MO) and Ted Cruz (R-TX), who are leading the electoral objections in the Senate. Instead, he’s offering guidance when it’s sought, fielding calls from at least half the Senate GOP conference.”

NBC News: “According to the most recent USPS filings in federal court, the agency was processing just 76% of ballots on-time, as of Dec. 21, in their Atlanta metro region, which covers most of the northern – and most populated – half of the Peach State.

Politico: “Biden’s advisers are privately skeptical about Jon Ossoff and Raphael Warnock’s chances, Democrats say. And though confidants say that the incoming team’s core priorities for that 100-day agenda will remain the same regardless of the outcome — the pandemic, the recession, climate change and racial inequality — they concede that the scale of their plans could change dramatically come Tuesday evening…”

“Regardless of the outcome, Biden’s top legislative priority will be a stimulus package aimed at distributing funds for states to vaccinate Americans, among other Covid-related priorities. … Items that stand a chance of passage under a Democratic Senate, such as an ambitious government ethics reform package previously crafted by House Democrats, will go nowhere if the Senate is still run by Sen. Mitch McConnell.”

Tom Nichols: “Forget all the whispered denials and the off-the-record expressions of concern in private; ignore the knowing smirks on camera from GOP officials who are desperately trying to indicate that they’re in on the joke. Brush aside the caviling of the anti-anti-Trump writers who would rather talk about that time in 2017 when some Democrats objected to the Electoral College vote (and were gaveled down by Joe Biden himself).”

“This is sedition, plain and simple. No amount of playacting and rationalizing can change the fact that the majority of the Republican Party and its apologists are advocating for the overthrow of an American election and the continued rule of a sociopathic autocrat.”

Jonathan Chait: “Trump has spent his entire presidency battering away at democratic norms. He has been previewing his intention to deny the legitimacy of the election since before the 2016 election, which he relentlessly dismissed as rigged. He has been hinting at his intention to stay in office beyond his constitutionally allotted term since at least 2019, when he began saying ‘the people’ would ‘demand’ he stay in office ‘longer’ than eight years.”

“To support Trump’s reelection was always to endorse an attack on democracy. The chief divide between the party was between those Republicans who denied Trump’s clearly signaled intent to attack the democratic system, and those who reveled in it.”