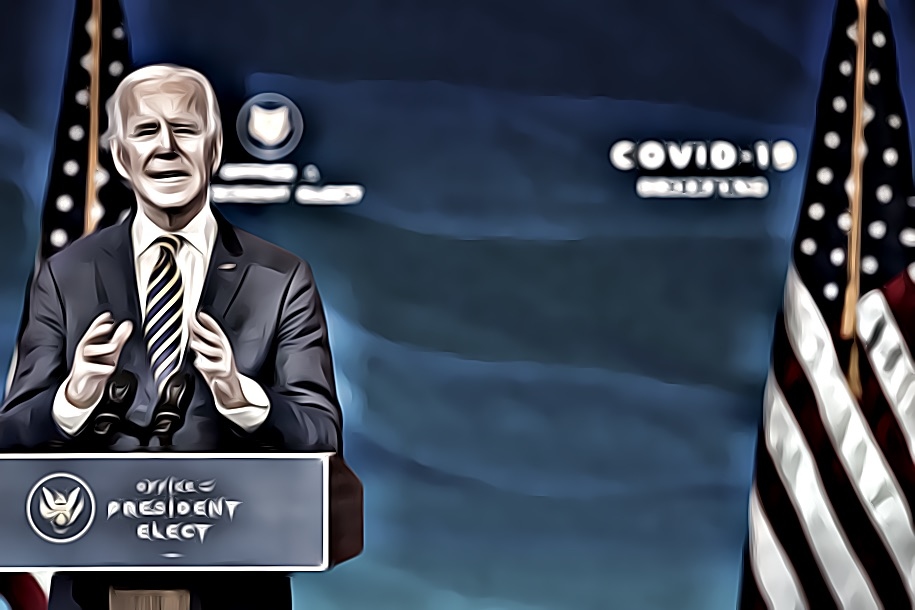 Said Romney: “That comprehensive vaccination plans have not been developed at the federal level and sent to the states as models is as incomprehensible as it is inexcusable.”

Axios: “It’s far below Operation Warp Speed’s goal of administering 20 million doses by the end of the year, raising concerns about how long it may be until enough people are vaccinated in the U.S. for life to return to normal.”

New York Times: “Throughout late summer and fall, in the heat of a re-election campaign that he would go on to lose, and in the face of mounting evidence of a surge in infections and deaths far worse than in the spring, Mr. Trump’s management of the crisis — unsteady, unscientific and colored by politics all year — was in effect reduced to a single question: What would it mean for him?”

“The result, according to interviews with more than two dozen current and former administration officials and others in contact with the White House, was a lose-lose situation. Mr. Trump not only ended up soundly defeated by Joseph R. Biden Jr., but missed his chance to show that he could rise to the moment in the final chapter of his presidency and meet the defining challenge of his tenure.”

“Efforts by his aides to persuade him to promote mask wearing, among the simplest and most effective ways to curb the spread of the disease, were derailed by his conviction that his political base would rebel against anything that would smack of limiting their personal freedom. Even his own campaign’s polling data to the contrary could not sway him.”

“It took two general elections, three prime ministers, and just over 4 1/2 years, but as of today Britain finally has the Brexit it voted for in June 2016,” Axios reports. “It’s not a pretty sight.”

“Britain has left Europe’s single market and customs union, and is no longer governed by European law.”

Said a Republican operative familiar with the leader’s thinking: “McConnell is trying to reclaim the role he had in 2009 — leader of the opposition to a new Democratic president.”

A federal judge says a South Dakota court can’t use the coronavirus pandemic as an excuse to delay a trial and in the same breath criticized South Dakota’s response to the pandemic, saying it has done “little, if anything,” to mitigate the spread of the virus, the Sioux Falls Argus Leader reports.

Said U.S. District Judge Charles Kornmann: “South Dakota has done little, if anything, to curtail the spread of the virus. South Dakota cannot ‘take advantage’ of its own failures to follow scientific facts and safeguards in entering blanket denials of the rights of speedy trials.”

“The disclosure of this unconfirmed intelligence comes 21 days before the end of Trump’s presidency, after he has vowed to ratchet up pressure on China, and months after news reports indicated that the Russians had secretly offered bounties for Taliban militants to kill U.S. troops in Afghanistan.”

New York Times: “Three weeks after the [Russian Hacking] came to light, American officials are still trying to understand whether what the Russians pulled off was simply an espionage operation inside the systems of the American bureaucracy or something more sinister, inserting ‘backdoor’ access into government agencies, major corporations, the electric grid and laboratories developing and transporting new generations of nuclear weapons.”

“At a minimum it has set off alarms about the vulnerability of government and private sector networks in the United States to attack and raised questions about how and why the nation’s cyberdefenses failed so spectacularly.”

Said Cohen: “We have to remember that the current occupant of the White House is a ringmaster and what he expects to do is snap his whip and all the elephants hop up on chairs. What they have to understand is he is going to continue to snap the whip whether he’s in office or out of office. And every time they’re going to have to jump up and sit on that stool to satisfy him and his supporters.”

He added: “Maybe it’s time for a new party. One that abides by the rule of law… but also faithful to the people of this country, who vote to elect them.”

Politico: “At least one part of Trump-world is tacitly acknowledging that there won’t be a second Trump term, and is hoping to profit from Biden’s inauguration: Trump’s Washington hotel.”

“A check of the Trump International Hotel D.C.’s website indicates that the hotel demands a two-night minimum stay during the inauguration and has hiked its rates to $2,225 per night for Jan. 19 and 20, while a similar room runs in the $400 range during most of the rest of January.”

“Congresswoman-elect María Elvira Salazar (R) of Florida announced Thursday that she will miss the swearing-in ceremony for new members of Congress on Sunday in Washington after testing positive for the coronavirus,” NBC News reports.

“Salazar, a Republican from the Miami area who defeated Democratic Rep. Donna Shalala in one of the biggest House upsets of the election year, was admitted to the hospital overnight on Dec. 23 with heart arrhythmia and later tested positive for Covid-19.”

Talk show legend Larry King is fighting COVID-19 in a Los Angeles hospital, according to Showbiz 411.

Michael Pack, the CEO of the U.S. Agency for Global Media, is attempting to maintain control of Radio Free Europe and Radio Free Asia despite the fact that President-elect Biden has already indicated he will be ousting him when he takes office, NPR reports.

Pack has proposed binding agreements that will make it impossible to remove him or his allies from the two entities’ boards for at least two years.

Wall Street Journal: “U.S. and Iraqi authorities warned Iran and Iranian-backed militias that any attacks on American diplomats or military forces here would be met with swift retaliation as the anniversary of a U.S. drone strike that killed one of Tehran’s top military leaders approached.”

Roll Call: “The 117th Congress begins at noon Jan. 3, as set by the Constitution. The proceedings will be lengthy due to pandemic precautions, with some aspects, like adoption of the House rules, pushed to the following day because of the time it takes to do anything with members unable to gather all together on the floor.”

CBS News: “The traditional quorum call, swearing in of new members and speaker election will be done in seven groups, significantly lengthening the day’s events.”