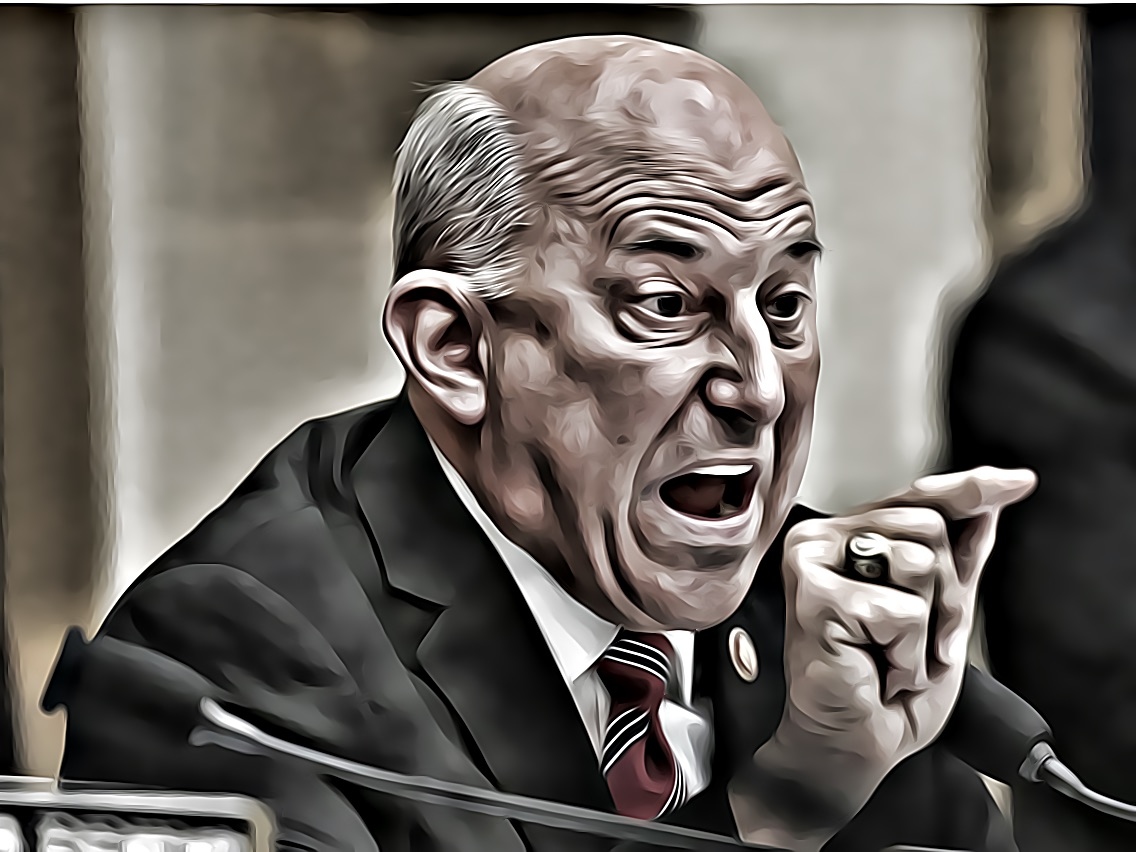 A federal judge on Friday dismissed a bid by Rep. Louie Gohmert (R-TX) and other Republicans that sought to endow Vice President Pence with the legal authority to effectively overturn President-elect Joe Biden’s electoral win, The Hill reports.

Washington Post: “The judge’s Friday night ruling tosses out what many election law experts considered a far-fetched theory to challenge the formal mechanism by which President-elect Joe Biden will be affirmed as the winner of the race for president.”

“Vice President Pence late Thursday had asked for a lawsuit that aimed to expand his power to use a congressional ceremony to overturn the presidential election be rejected, arguing that he was not the right person to sue over the issue,” the Washington Post reports.

“The filing will come as a disappointment to supporters of President Trump, who hoped that Pence would choose to set aside some of President-elect Joe Biden’s electoral college votes when Congress meets next week to certify the November election.”

The lawsuit Rep. Louie Gohmert (R-TX) filed to force Vice President Mike Pence to overturn the Electoral College vote claims that 140 of his Republican House colleagues will join him in objecting to the results of the presidential election.

Rep. Adam Kinzinger (R-IL) told The Bulwark he thinks as many as 100 Republicans could challenge the Electoral College results when Congress convenes to count the votes on Jan. 6.

The Hill lists those Republicans who have already said they will challenge the electoral tally.

Peter Wehner: “Those hoping for a quick snapback to sanity for the Republican Party once Donald Trump is no longer president should temper those hopes.”

“The latest piece of evidence to suggest the enduring power of Trumpian unreality is yesterday’s announcement by Senator Josh Hawley of Missouri that he will object next week when Congress convenes to certify the Electoral College vote.”

“Hawley knows this effort will fail, just as every other effort to undo the results of the lawful presidential election will fail. (A brief reminder for those with faulty short-term memories: Joe Biden defeated Trump by more than 7 million popular votes and 74 Electoral College votes.) Every single attempt to prove that the election was marked by fraud or that President-elect Biden’s win is illegitimate—an effort that now includes about 60 lawsuits—has flopped. In fact, what we’ve discovered since the November 3 election is that it was ‘the most secure in American history,’ as election experts in Trump’s own administration have declared. But this immutable, eminently provable fact doesn’t deter Trump and many of his allies from trying to overturn the election; perversely, it seems to embolden them.”

“It is doomed to fail — except, perhaps, at its scarcely disguised purpose of winning Hawley favor in the eyes of the Trumpian base. Think of it as the first act of Hawley’s all-but-inevitable 2024 presidential campaign. Think of it as what it is: a stunt.”

“Yet while irresponsible, Hawley’s move is not necessarily a terrible development. It forces a vote that will have the salutary effect of requiring his Republican colleagues to decide — and to put on the record —whether their loyalty is to President Trump or to the Constitution. Better to know than to guess. Better to inflict some accountability rather than to enable dodging.”

“Republicans should be embarrassed by Mr. Trump’s Electoral College hustle. Mr. Trump is putting his loyal VP in a terrible spot, and what do Republicans think would happen if Mr. Pence pulled the trigger, Mr. Biden was denied 270 electoral votes, and the House chose Mr. Trump as President? Riots in the streets would be the least of it.”

“Mr. Pence is too much of a patriot to go along, but the scramble to overturn the will of the voters tarnishes Mr. Trump’s legacy and undermines any designs he has on running in 2024. Republicans who humor him will be giving Democrats license to do the same in the future, and then it might matter.”

Despite being vastly outspent in the Senate runoffs by Republicans overall, Inside Elections found the Democratic candidates were actually running more total ads in Georgia than the Republicans.

“Because candidates have access to lower rates, that imbalance translates into a slight advantage for Democrats in the overall number of broadcast TV ads run so far, despite being outspent overall. According to Kantar, Ossoff, Warnock, and their outside allies have run 135,962 spots while Loeffler, Perdue and their outside allies have run 113,018.”

“President Trump took to Twitter Friday evening to make the unfounded assertion that Georgia’s two Senate races are ‘illegal and invalid,’ an argument that could complicate his efforts to convince his supporters to turn out for Republican candidates in the two runoff races that will determine which party controls the Senate,” the New York Times reports.

“Some Republican leaders are afraid that his supporters will take the president’s argument seriously, and decide that voting in a ‘corrupt’ system is not worth their time, a development that could hand the election to the Democrats.”

John Harris: “The president’s demagoguery with his baseless assertions of a stolen election, and his increasingly erratic behavior since the election, has put an old puzzle in a frightening new light: Does seemingly irrational behavior actually serve a rational purpose? I’m already on record with my hunch — not a prediction! — that Trump will fade faster than most people and probably even he assumes once he no longer occupies the White House.”

“But this is the dominant question hovering over Republican politics. A subordinate question is whether his adult children have any real political sway of their own once dad is ex-president.”

Sen. David Perdue (R-GA) will quarantine after coming into close contact with someone who tested positive for Covid-19, with just days to go before the state’s runoff race for his seat, CNN reports.

“From messaging potential voters on dating apps to helping pay for Uber rides to the polls, young people across the country are playing a role in the Georgia Senate runoff elections from afar, and they’re getting creative with digital techniques while doing so,” CNN reports.

“Youth turnout was high across the country on Election Day and national organizers are hoping to re-energize young voters ahead of the crucial Georgia elections that will determine which party controls the US Senate.”

New York Times: “Jon Ossoff and the Rev. Raphael Warnock, the Democratic Senate candidates, have put forth an array of policy proposals that blend the shared priorities of the moderate center and the progressive left: passing a new Voting Rights Act, expanding Medicaid without backing a single payer system, investment in clean energy while stopping short of the Green New Deal, and criminal justice reform that does not include defunding the police.”

“Republicans are seeking no such calibration. Mr. Perdue, who announced on Thursday that he would quarantine after coming into contact with someone who had tested positive for the coronavirus, and Ms. Loeffler are banking that their loyalists are motivated more by what their candidates stand against than by what they stand for.”

Politico: “While many of the Trump suits died swiftly due to a profound lack of evidence or obvious flaws in the lawyers’ factual claims, judges used a broad array of legal grounds to nail the coffin firmly shut. Although the facts may be different in future cases, the procedural tools and theories used to scuttle the Trump cases are sure to be deployed against Democrats and civil rights groups in the coming months and years…”

“Nearly every decision now stands as precedent that Republicans or state officials can seek to wield against Democrats or civil rights groups in the endless legal wars that surround the U.S. electoral system.”