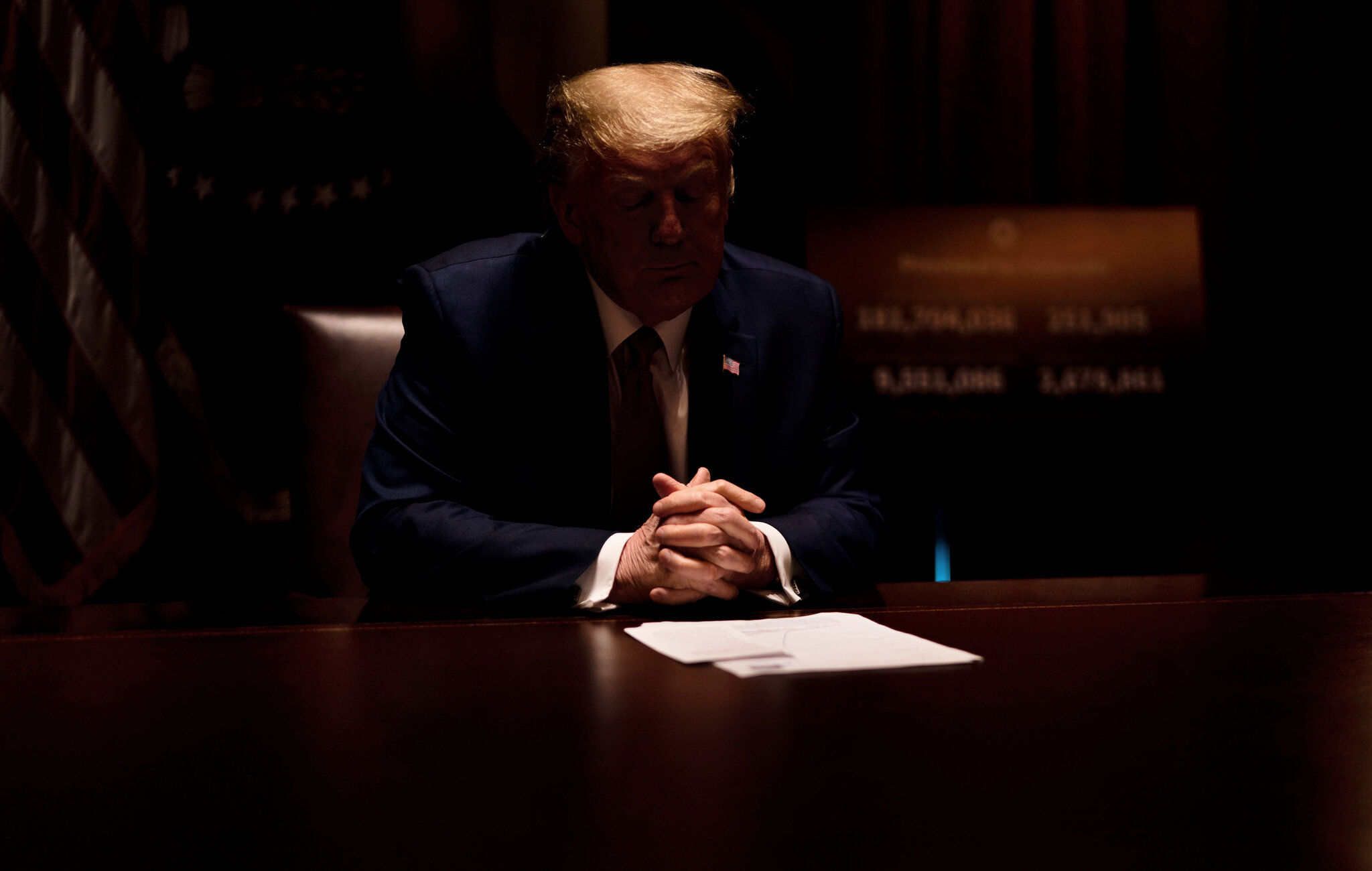 “The Secret Service is making some staff changes in the presidential detail that will guard President-elect Joe Biden, amid concerns from Biden allies that some current members were politically aligned with President Trump,” the Washington Post reports.

“As Biden readies his new administration, the Secret Service plans to bring back to the White House detail a handful of senior agents whom Biden knows well from their work more than four years ago guarding him and his family when he was vice president.”

“President Trump is expected to return to Washington earlier than anticipated ahead of a planned disruption by Republicans when Congress meets next week to certify President-elect Joe Biden’s win,” CNN reports.

“Trump is now slated to leave Palm Beach before his annual New Year’s Eve party, even though guests had already gathered at his south Florida club and were told Trump would be in attendance… The President typically relishes appearing on the red carpet in front of the press and his friends, but is skipping the event altogether this year in what will be an unusual move.”

“The State Department’s approval of the potential deal in the Trump administration’s final weeks comes despite President-elect Joe Biden vowing during his election campaign to end weapons sales to the Saudis.”

The U.K.’s House of Commons voted 521 to 73 on Wednesday in favor of the historic post-Brexit trade deal reached between Prime Minister Boris Johnson’s government and the European Union, the BBC reports.

“The father of British Prime Minister Boris Johnson said on Thursday he was in the process of applying for a French passport to maintain his ties with the European Union after Brexit,” Reuters reports.

Politico: “Boris Johnson has a problem named Joe Biden. Although the U.K. has now sealed a trade deal with the European Union, covering $900 billion in tariff-free goods and services annually, the British prime minister’s hopes for a new arrangement with the United States are confronting the reality of a transatlantic relationship that is now anything but special.”

“Johnson allies fear his courtship of Donald Trump is now a liability in a Democratic Washington, along with his advocacy for a break with the EU against the advice of Trump’s predecessor. And while Biden’s tight-lipped transition team won’t reveal its plans for the U.K., interviews with 16 officials and former officials on both sides of the Atlantic make clear that Brexit has changed the dynamic.”

“As 2020 nears its end, the US reported a record death toll for the second day in a row, with more than 3,740 Covid-19 fatalities Wednesday,” CNN reports.

“And the outlook is grim for January. More than 80,000 Americans could die of Covid-19 over the next three weeks, a new Centers for Disease Control and Prevention ensemble forecast projects — offering a stark reminder the nation is still facing challenging times.”

David Wallace-Wells: “It’s happening all over again. For months, Americans who despaired about the country’s coronavirus-suppression efforts looked desperately to the arrival of a vaccine for a kind of pandemic deliverance. Now that it has arrived, miraculously fast, we are failing utterly to administer it with anything like the urgency the pace of dying requires — and, perhaps most maddeningly, failing in precisely the same way as we did earlier in the year. That is, out of apparent, near-total indifference.”

New York Times: “A more contagious version of the coronavirus may alter the course of the pandemic in the United States, researchers said.”

“As his days in office come to a close, President Donald Trump has hinted to those close to him that he’s worried his influence within Republican circles may be waning,” the Daily Beast reports.

“Fearful of party stalwarts growing comfortable crossing him, the president has pushed to keep up the pressure and plot possible revenge scenarios against potential turncoats.”

“The United States flew strategic bombers over the Persian Gulf on Wednesday for the second time this month, a show of force meant to deter Iran from attacking American or allied targets in the Middle East,” the AP reports.

At noon ET on Jan. 20, after President-elect Joe Biden is inaugurated, he will issue a memo to stop or postpone midnight regulations and actions taken by the Trump administration that have not gone into effect by Inauguration Day, The Week reports.

“Saddled with delays caused by the coronavirus pandemic and last-minute changes by the Trump administration, the first set of 2020 census results will not be ready for release by Thursday’s year-end deadline for numbers that determine representation in Congress and the Electoral College for the next decade,” NPR reports.

“President-elect Joe Biden is signaling that he’s ready to move quickly with nominating judges once he’s sworn into office,” the HuffPost reports.

“And he specifically wants Democratic senators to recommend nominees to him who are diverse, not just in terms of race or gender, but professionally ― something progressives have been clamoring for for years.”