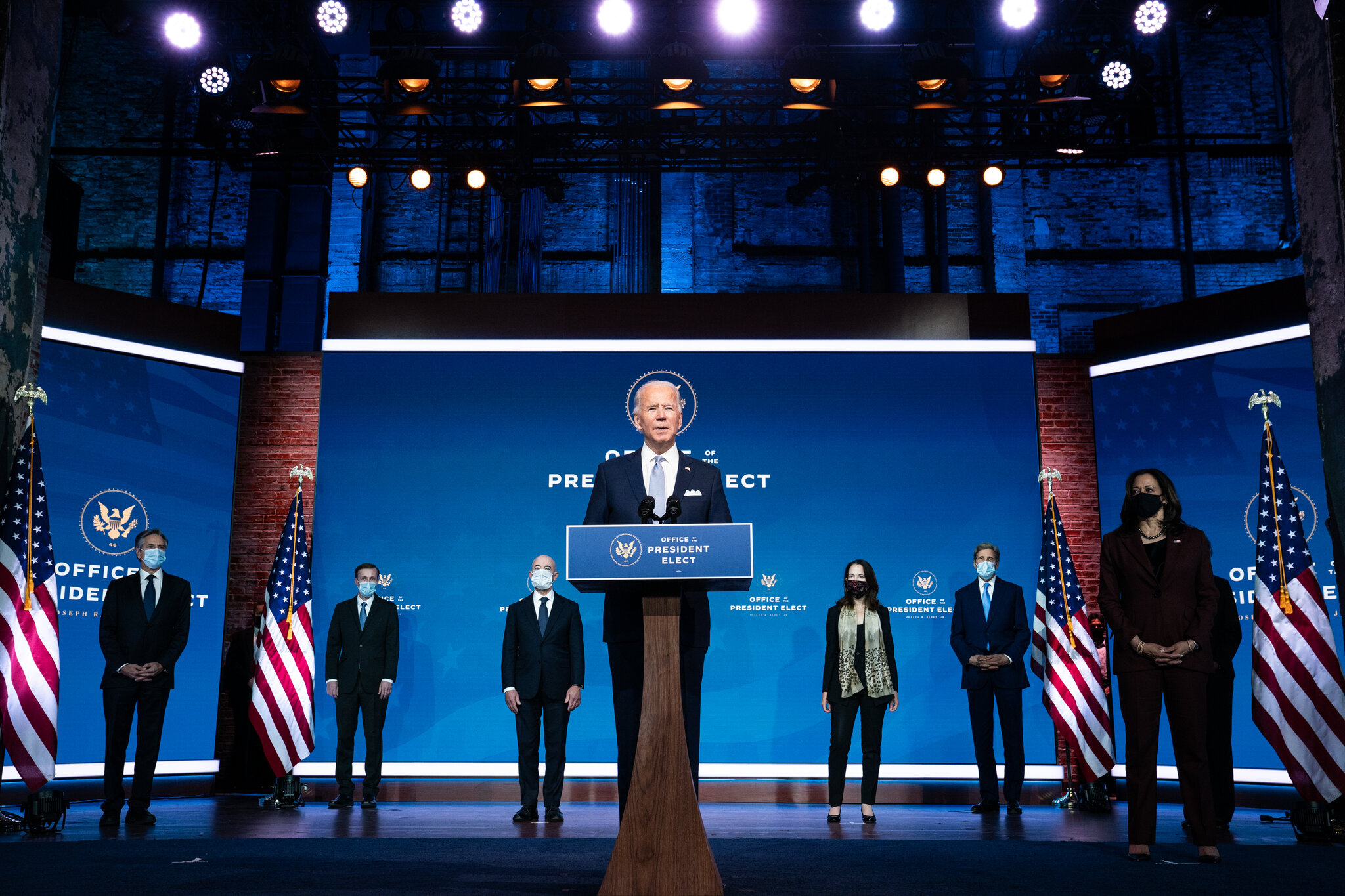 McConnell said Republicans would not be “bullied” into passing the bill quickly despite intensifying pressure from Democrats and President Trump.

Stat News: “The logistics of the rollout have been largely left up to states to navigate. States and local public health officials have warned for months that they would need more than $8 billion in additional funding to stand up the infrastructure needed to administer vaccines.”

“The Trump administration instead provided states $340 million in funding to prepare for vaccinations. Congressional lawmakers also balked for months at appropriating additional funding for vaccine distribution, although the coronavirus stimulus package signed by President Trump on Sunday included $8 billion in funding for that effort.”

“We got that projection by using a Case Fatality Rate of 1.6 percent and applying it to the new case count of the preceding three weeks. Now do the math looking three weeks out from here: Over the last 21 days we’ve had 4.38 million new cases. So we should expect roughly 70,000 more deaths between now and January 20.”

Associated Press: “More than a year since the first known person was infected with the coronavirus, an AP investigation shows the Chinese government is strictly controlling all research into its origins, clamping down on some while actively promoting fringe theories that it could have come from outside China.”

“The government is handing out hundreds of thousands of dollars in grants to scientists researching the virus’ origins in southern China and affiliated with the military… But it is monitoring their findings and mandating that the publication of any data or research must be approved by a new task force managed by China’s cabinet, under direct orders from President Xi Jinping, according to internal documents obtained by The AP. A rare leak from within the government, the dozens of pages of unpublished documents confirm what many have long suspected: The clampdown comes from the top.”

Letlow was a Covidiot. He denied the virus, flaunted mask advisories and campaigned without social distancing. I know it is not right to say he deserves this, but, in a fair world, it would be fair that those who did everything right to avoid spreading or contracting the disease would survive while those who did not, would not. The only shame in all this is that he leaves fatherless two young children.

“State Department officials have drawn up a proposal to designate Cuba as a state sponsor of terrorism, a final-hour foreign policy move that would complicate plans by the incoming Biden administration to relax increased American pressure on Havana,” the New York Times reports.

“With three weeks left until Inauguration Day, Secretary of State Mike Pompeo must decide whether to sign off on the plan, according to two U.S. officials, a move that would also serve as a thank-you to Cuban-Americans and other anti-communist Latinos in Florida who strongly supported President Trump and his fellow Republicans in the November election.”

Susan Glasser: “As the awful year of 2020 and the awful tenure of Donald Trump both come to an end, the President has partied with the unmasked in Palm Beach and taken credit for a vaccine against a virus that he once counseled could be beaten with bleach. He has pardoned mercenary child-killers and Paul Manafort. He has golfed. He has raged. He has vetoed the annual defense bill and threatened to shut down the government over the holidays. He has turned against even some of his most loyal henchmen, and some, in turn, have finally flipped on him. ‘Mr. President . . . STOP THE INSANITY,’ the New York Post blared on Monday, after four years of relentless cheerleading.”

“But, of course, the President did not, and he will not. He continues to refuse to accept his defeat in the election, and just the other day he retweeted a claim that ‘treason’ kept him from winning. Injecting still more political drama into the most ministerial of constitutional processes, Trump and his most fanatical supporters now want Congress to refuse to confirm Joe Biden’s Electoral College win on January 6th—which is both pointless, in that it will not happen, and incredibly destructive. Meanwhile, more than a hundred thousand Americans have died of the coronavirus just since the election, and only two million Americans—not the hundred million he once promised—have so far received the vaccine.”

“The Trümperdämmerung is finally here, and it is every bit the raging dumpster fire that we, the unlucky audience for this drama, have come to expect.”

“The Manhattan District Attorney’s Office has retained forensic accounting specialists to aid its criminal investigation of President Trump and his business operations, as prosecutors ramp up their scrutiny of his company’s real estate transactions,” the Washington Post reports.

“District Attorney Cyrus R. Vance Jr. opened the investigation in 2018 to examine alleged hush-money payments made to two women who, during Trump’s first presidential campaign, claimed to have had affairs with him years earlier. The probe has since expanded, and now includes the Trump Organization’s activities more broadly.”

“The first reported U.S. case of the COVID-19 variant that’s been seen in the United Kingdom has been discovered in Colorado,” the AP reports.

“The new strain could be as much as 70% more transmissible.”

Washington Post: “Researchers have now detected the more transmissible variant in viral samples in at least 17 countries outside the United Kingdom, including as far away as Australia and South Korea, as of Tuesday afternoon.”

“In its ruling, a panel of three judges for the U.S. Court of Appeals for the D.C. Circuit vacated a prior district court judgment and aligned itself with a Supreme Court ruling over the summer that ordered lower courts to more carefully consider questions about the separation of powers in the case.”

President-elect Joe Biden’s transition team said at a press briefing on Wednesday that the Office of Management and Budget has been limiting support to the incoming administration, accusing the agency of “intentionally generated opacity,” Axios reports.

“The UK drugs watchdog has approved the coronavirus vaccine made by Oxford university and AstraZeneca, boosting hopes that millions more Britons can be inoculated against the disease in the coming months as a new viral variant of Covid-19 takes hold,” the Financial Times reports.

Wall Street Journal: “The green light represents the third emergency-use approval of a Western-developed vaccine this month and comes as cases rise sharply in the U.S. and Europe.”

“President-elect Joe Biden plans to nominate two former senior officials to fill the Pentagon’s No. 2 and No. 3 jobs, transition officials said, further signaling the new administration’s intent to forge a more predictable foreign policy and revitalize agencies that Biden says have been ‘hollowed out’ by President Trump,” the Washington Post reports.

“The officials said Biden has selected Kathleen Hicks, a think tank strategist and former senior Pentagon official who is heading Biden’s Defense Department transition team, as his nominee to be deputy defense secretary.”

“The officials said Colin Kahl, who served as a top Pentagon official for the Middle East during the Obama administration and later as Biden’s national security adviser, would be nominated to become undersecretary of defense for policy, an influential role that helps shape major security decisions.”