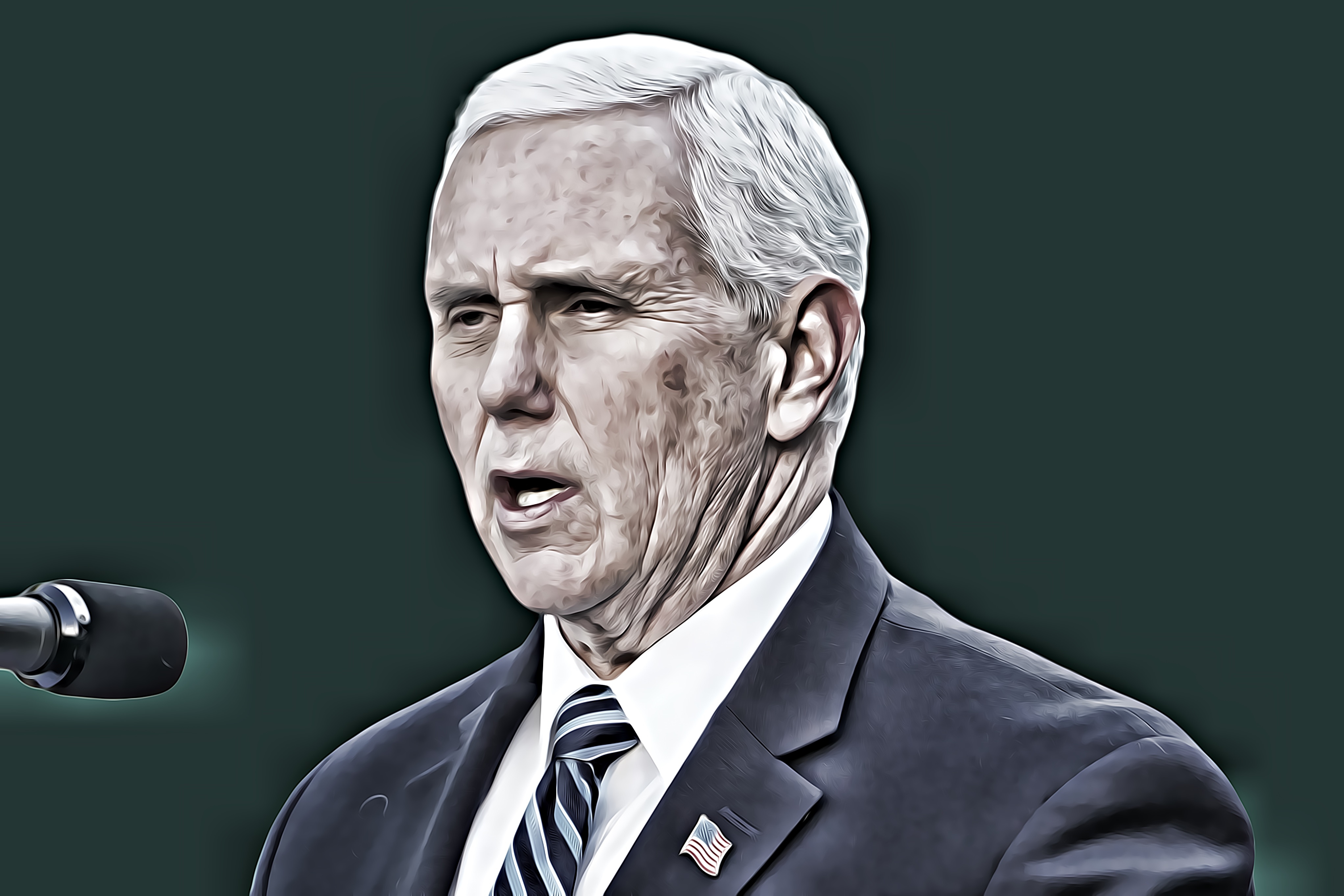 “A group of Republicans including Rep. Louie Gohmert of Texas and Kelli Ward of Arizona is suing Vice President Mike Pence in a desperate, last-ditch attempt to overturn the results of the 2020 presidential election,” the Daily Beast reports.

“The Electoral College is scheduled to certify the win on Jan. 6, a procedural task overseen by the sitting vice president—in this case, Pence, who has not yet publicly acknowledged the fact that Trump lost his bid for a second term.”

Politico: “Though the lawsuit itself is unlikely to gain legal traction, it does put Pence in the position of having to either contest the suit — putting him on the opposite side of Trump and his GOP defenders — or support it and lay bare the intention to subvert the will over the voters in the 2020 election.”

Nashville Mayor John Cooper (D) said that he has not spoken directly to President Trump since the intentional detonation of an RV in the city’s downtown on Christmas, The Hill reports.

President Trump said he will send Congress a list of items in the coronavirus relief and spending bills that he would like rescinded, Bloomberg reports. Democrats immediately responded that they will ignore his request.

Josh Marshall: “At the risk of stating the obvious, President Trump threatened and bullied over refusing to sign the COVID relief bill. In the end, he got nothing and signed it anyway. His statement included a slew of claims about how he made an important point and everyone got the message about how right he was. But in the end he folded. Because he always folds. It’s one of the most enduring patterns of his presidency. If he can’t get his way through threats, he folds.”

The New York Post reports President Trump and Melania Trump are are talking to real estate brokers “about buying a house in Palm Beach, or nearby, as the living space at Mar-a-Lago isn’t big enough, and there could be some potential conflicts.”

“The Trumps have also been looking at Palm Beach-area private schools for their son, 14-year-old Barron.”

“Nearly 1.3 million people went through U.S. airports on Sunday, the highest level of air travel in more than nine months, despite fear that travel will lead to more cases of COVID-19,” the AP reports.

Fintan O’Toole: “This is his legacy: he has successfully led a vast number of voters along the path from hatred of government to contempt for rational deliberation to the inevitable endpoint: disdain for the electoral process itself.”

“In this end is his new beginning. Stripped of direct power, he will face enormous legal and financial jeopardy. He will have every reason to keep drawing on his greatest asset: his ability to unleash the demons that have always haunted the American experiment – racism, nativism, fear of ‘the government.’”

“Trump has unfinished business. A republic he wants to destroy still stands. It is, for him, not goodbye but hasta la vista. Instead of waving him off, those who want to rebuild American democracy will have to put a stake through his heart.”

“President-elect Joe Biden on Monday accused President Trump and his political appointees of obstructing the transition of power to his incoming administration, particularly on national security issues, an escalation in tone after reports of isolated difficulties in the transition process last week,” the Washington Post reports.

Said Biden: “Right now, we just aren’t getting all the information that we need from the outgoing administration in key national security areas. It’s nothing short, in my view, of irresponsibility.”

He added: “My team needs a clear picture of our force posture around the world and our operations to deter our enemies. We need full visibility into the budget planning underway at the Defense Department and other agencies in order to avoid any window of confusion or catch-up that our adversaries may try to exploit.”

“President Trump’s brash communication style — combined with a societal shift towards streaming, where there are no regulatory restrictions on speech — has forced the entire media industry to present information in a more candid and less polished way,” Axios reports.

“It’s no longer uncommon to hear cable anchors use foul language or for TV or radio personalities to make indecent remarks on air. Now that the standard has been set, it’s hard to see how networks and news outlets could go back to their postured presentations of the past.”

USA Today: “The House on Monday approved giving Americans weathering the coronavirus pandemic $2,000 stimulus checks, substantially boosting payments from the $600 checks that were set to be given out as part of a COVID-19 relief package that President Donald Trump signed into law Sunday evening.

The bill, which passed in a 275 – 134 vote, needed the support of two-thirds of House members present — a feat hard to reach in such a divided Washington. Republicans did not whip or pressure lawmakers on vote, leaving it up to members to decide on the bill’s fate after House Minority Leader Kevin McCarthy, R-Calif., last week blocked a unanimous consent request by Democrats to increase stimulus checks to $2,000.

The measure will now head to the GOP-controlled Senate where its future remains unclear. Senate Republicans have for months stressed over increased government spending and are likely to oppose the measure despite Trump’s demands.”

“The wartime production law, which allows the president to compel companies to prioritize manufacturing for national security, could help the U.S. secure components and specialized products that manufacturers need to produce the Covid vaccines. Biden’s team has been weighing whether to invoke the law for vaccine production.”

The New Yorker has published an incredible piece by Lawrence Wright that people will be reading years from now to make sense of how the pandemic response went wrong.

“Getting a cranky, stubborn President Trump to belatedly sign the COVID relief bill, after unemployment benefits had already lapsed, was like being a hostage negotiator, or defusing a bomb,” Axios reports.

“Over many days, Mnuchin and McCarthy — aided by Sen. Lindsey Graham (R-SC), who golfed with Trump in West Palm Beach on Friday — indulged the president’s rants, told him there was great stuff in the bill, and gave him ‘wins’ he could announce, even though they didn’t change the bill.”

Playbook: “That’s it? President Trump made all this noise about the Covid relief and government funding bill only to sign it and get nothing in return?”

“Trump got taken to the cleaners.”

“What a bizarre, embarrassing episode for the president. He opposed a bill his administration negotiated. He had no discernible strategy and no hand to play — and it showed. He folded, and got nothing besides a few days of attention and chaos. People waiting for aid got a few days of frightening uncertainty.”

“Zip. Zero. Zilch. If he was going to give up this easy, he should’ve just kept quiet and signed the bill. It would’ve been less embarrassing.”