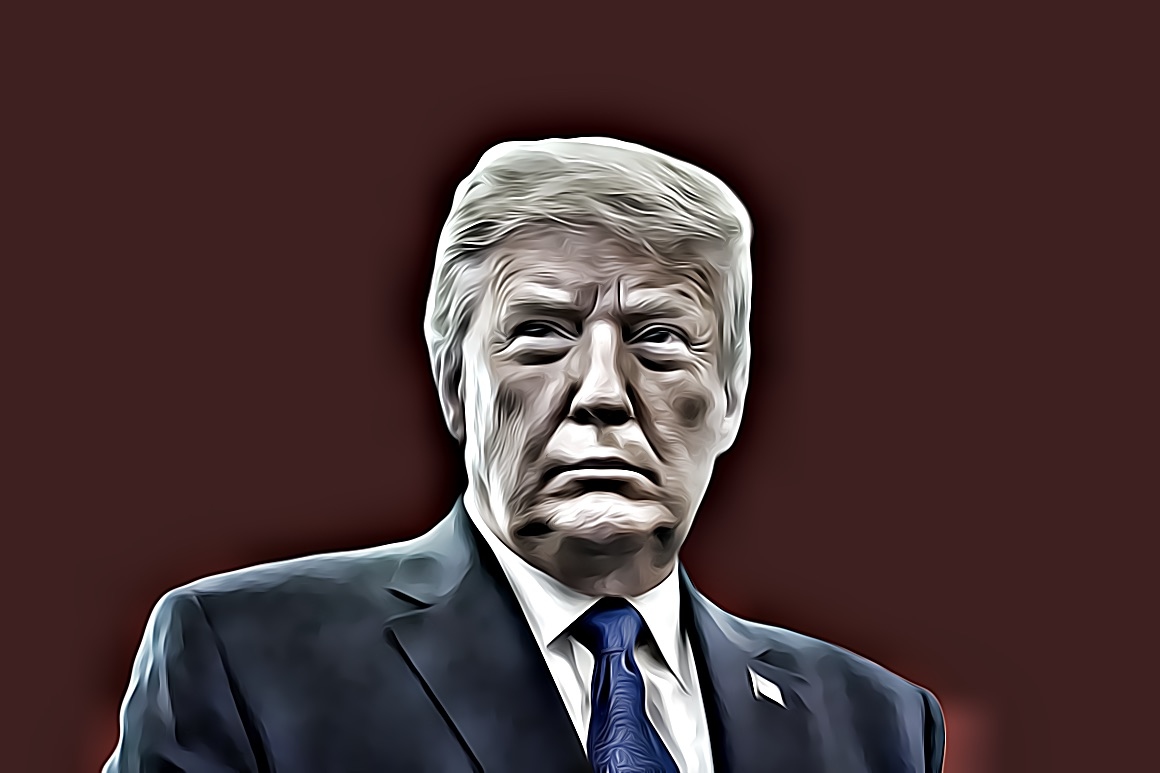 “As President Trump rapidly approached a Monday deadline to avert a government shutdown, aides and lawmakers appeared flummoxed about his strategy, left to interpret musings from his Twitter feed while he golfed and otherwise remained out of public view,” the Washington Post reports.

“A large spending bill that Congress passed last week must be signed into law by midnight on Monday in order to prevent many federal agencies from dramatically scaling back their operations. After Congress passed the bill, Trump posted a video on Twitter announcing his objections to it, claiming stimulus benefits were too small and that foreign aid was too excessive.”

“On Christmas Eve, staff at Mar-a-Lago made preparations for President Trump to sign the Covid-19 relief package and government funding bill, a holiday gift of relief to millions of Americans suffering in the wake of the coronavirus pandemic,” CNN reports. “But the plan was scrapped at the last minute.”

One source said that Trump had “changed his mind.”

Meanwhile, the New York Times reports Trump appeared to suggest that he would be taking action on the pandemic relief bill, writing on Twitter, “Good news on Covid Relief Bill. Information to follow!”

“While Trump signed the current bill, which provides for $600 checks for most Americans, he will continue his push to bring that amount to $2,000.”

A source briefed by White House officials on the relief bill told the Washington Post, President Trump — who has been frustrated by his election loss and the fallout from the coronavirus pandemic — is “just angry at everybody and wants to inflict as much pain on Congress as possible.”

Playbook: “In the past, he turned on Congress when they ignored him — see the shutdown after the 2018 midterm election, when they left out money for his border wall. Trump didn’t make this ask until after the deal was cut.”

“And what about Steven Mnuchin, the eager-turned-scorned Treasury secretary, who seemed to revel in his prowess to make deals with Democrats. What a humiliating episode for him.”

“Millions of Americans lost their unemployment coverage on Saturday as President Trump resisted signing a sweeping $900 billion aid package until lawmakers more than tripled the size of relief checks, putting the fate of the measure in limbo,” the New York Times reports.

“Mr. Trump’s resistance to signing the bill risks leaving millions of unemployed Americans without crucial benefits, jeopardizes other critical assistance for businesses and families set to lapse at the end of the year and raises the possibility of a government shutdown on Tuesday.”

Playbook: “Unemployment benefits have already run out. But the president, comfortably enveloped at his Mar-a-Lago resort in Palm Beach, seems to be growing more indignant that the rescue package deal his treasury secretary cut with Congress is insufficient. He is showing no signs whatsoever that he is going to sign it.”

“The president’s aides and allies are working to try to get him to reverse his stance, with evidently little success.”

Said Sanders: “What the president is doing right now is unbelievably cruel. Many millions of people are losing their extended unemployment benefits. They’re going to be evicted from their apartments because the eviction moratorium is ending. We are looking at a way to get the vaccine distributed to tens of millions of people. There’s money in that bill.”

Sen. Lindsey Graham (R-SC) tweeted Saturday night: “After spending some time with President Trump today, I am convinced he is more determined than ever to increase stimulus payments to $2000 per person and challenge Section 230 big tech liability protection. Both are reasonable demands, and I hope Congress is listening. The biggest winner would be the American people.”

“From lawmakers on Capitol Hill to antitrust enforcers at the Federal Trade Commission, Washington is training its sights on the world’s largest social network like never before. Biden’s antitrust enforcers will take ownership of a lawsuit the FTC filed this month threatening to dismantle the sprawling company. And his staff will negotiate legislative proposals with congressional leaders who have hammered Facebook for mishandling its users’ personal data and spreading hate speech and dangerous falsehoods.”

In his first radio interview since being pardoned, Roger spoke told WABC that he plans to sue Rep. Hakeem Jeffries (N-NY) for defamation.  He also made the case for President Trump to pardon Julian Assange.

“Federal prosecutors Wednesday charged a New Hampshire woman with texting threats to the chair of the Wayne County Board of Canvassers following the presidential election and sending photos of a bloody mutilated female body,” the Detroit News reports.

“House Republicans are seizing on Rep. Eric Swalwell’s (D-CA) connection to an alleged Chinese spy to put pressure on Democrats to drop him from the House Intelligence Committee in the next Congress,” The Hill reports.

“GOP lawmakers argue Swalwell is a national security threat given his former ties to Christine Fang, who according to a report in Axios helped fundraise for Swalwell during his 2014 reelection campaign and helped place an intern inside his office before leaving the country in 2015 amid a federal investigation into her actions.”

From the letter: “If Mr. Kushner’s American Made Media Consultants did in fact spend $617 million as reported, he and his associates – which include additional Trump family members as well as the Vice President’s nephew – could face penalties amounting to more than one billion dollars.”

Vice President Mike Pence is in Vail, Colorado for a ski vacation — even though CDC guidelines recommending against traveling for the holiday season — according to Real Vail. My question is how does one see Mike Pence when he is surrounded by snow?

Frank Bruni: “Like President-elect Biden, I believe in common ground, in comity, in identifying where we intersect rather than where we diverge. I was drawn to him, as were a critical mass of other Americans, because he represented the calm after the storm, the sense after the sensation.”

“But is calm a mirage? Is normalcy obsolete? In the many weeks since it became clear that he lost the election, Donald Trump has successfully marketed an outrageous alternate reality, so that 70 percent of registered Republican voters, according to a Quinnipiac poll this month, believe that Biden’s victory was illegitimate. Trump has taken his refusal to concede to historic, previously unthinkable lengths. And an overwhelming majority of Republican members of Congress have played along, actively or passively, many of them knowing better, all of them traitors to democracy and profiles in cowardice.”

“To this crew Biden is supposed to extend an olive branch?”

CNN’s Jake Tapper said he won’t interview certain pro-Donald Trump people because they’ve established themselves as liars for the president with “no value” being aired on TV, Mediaite reports.

Said Tapper: “Well, there are some people that are so mendacious, I just wouldn’t put them on air. Kayleigh McEnany, I never booked her. Jason Miller from the Trump campaign, I would never book him. These are just people who tell lies the way that most people breathe. There was no value in that.”

Laurence Tribe: “If, as Alexander Pope reflected in 1711, ‘to err is human, to forgive, divine,’ then the US Constitution’s pardon power — the prerogative of forgiveness — should be beyond reproach.”

“Instead, a godless US president who appears incapable of forgiveness has seemingly perverted this instrument of mercy into another grave threat to the rule of law. Donald Trump’s recent twisting of the pardon power risks leaving a damaging legacy: a blueprint for manipulating this vestige of royal prerogative to place presidents and their cronies above the law. But a remedy exists: investigation and potential prosecution. We must treat any obstructions of justice we uncover as the crimes they are.”