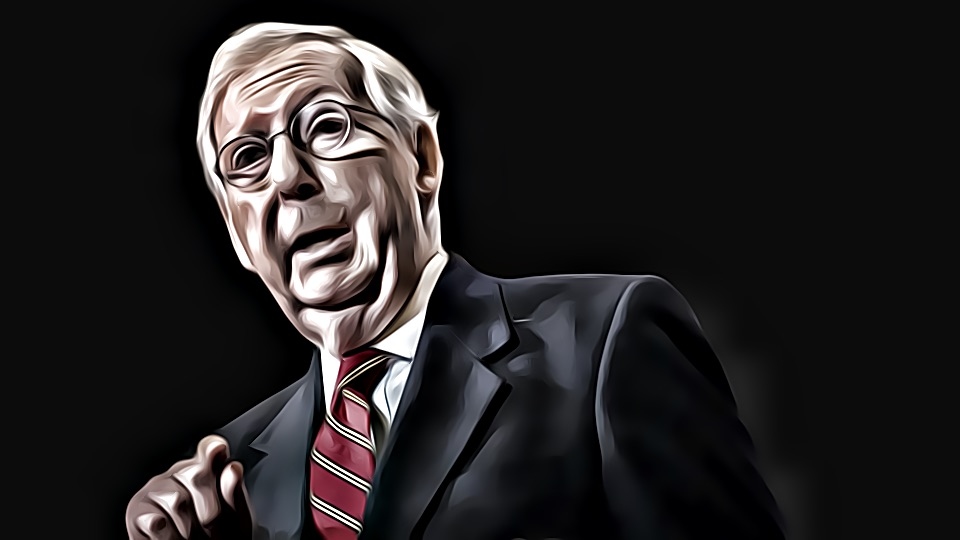 “For much of the economy — especially people and industries that have been insulated from the worst effects of the pandemic — [the Stimulus Deal] may provide a bridge to a vaccine-fueled rebound. That is especially likely if the vaccine is quickly and widely distributed, and the swelling number of coronavirus cases doesn’t force another round of widespread shutdowns,” the New York Times reports.

“The injection of money comes months too late for tens of thousands of failed businesses, however, and it may not be enough to sustain unemployed workers until the labor market rebounds. Moreover, it could be the last help from Washington the economy gets anytime soon.”

Washington Post: “The draft language of the emergency coronavirus relief package includes a tax break for corporate meal expenses pushed by the White House and strongly denounced by congressional Democrats.”

“The House on Monday released the text of a $900 billion coronavirus relief package and $1.4 trillion government spending bill that Congress expects to pass before the holidays,” Axios reports.

“The House will move quickly to pass the bill on Monday night, with the Senate likely to stay late to vote in the early hours of Tuesday morning. This gives lawmakers and their staff just hours to review a 5,593-page bill — one of the largest rescue packages in U.S. history.”

Politico: “Already, Biden has tapped a vast network of current and former elected officials, interest groups, CEOs and others to take part in lobbying efforts for his Cabinet picks. That has included dispatching nominees to engage in Zoom meetings with interest groups, amplifying transition messaging on social media and reaching out to powerful Senate members who will be key to the confirmation.”

“The Biden transition team, which is expecting that at least some confirmation hearings will begin before the Jan. 20 inauguration, has already had hundreds of conversations with Hill members and staff and taken part in dozens of meetings with members of Congress. Before Cabinet names go public, notifications go out to bipartisan leadership, relevant committee offices and home state members of Congress. Once they are announced, nominees are making dozens of calls, including to Republicans, who have signaled they could put up resistance to some of picks.”

“One by one, several European Union nations banned flights from the U.K. on Sunday and others like Germany were considering such action, all in hopes of blocking a new strain of coronavirus sweeping across southern England from establishing a strong foothold on the continent,” the AP reports.

“At least 30 countries, including 17 in the neighboring European Union, have banned flights from the United Kingdom after the British government warned that a new variant of the coronavirus could be up to 70% more transmissible,” Axios reports.

“U.K. Prime Minister Boris Johnson is set to hold an emergency meeting of advisers after France announced Sunday that it would close its borders for 48 hours, blocking off ports that account for roughly 20% of the U.K.’s trade in goods.”

“The most improbable of presidents, Donald Trump reshaped the office and shattered its centuries-old norms and traditions while dominating the national discourse like no one before,” the AP reports.

“Trump, governing by whim and tweet, deepened the nation’s racial and cultural divides and undermined faith in its institutions. His legacy: a tumultuous four years that were marked by his impeachment, failures during the worst pandemic in a century and his refusal to accept defeat. He smashed conceptions about how presidents behave and communicate, offering unvarnished thoughts and policy declarations alike, pulling back the curtain for the American people while enthralling supporters and unnerving foes — and sometimes allies — both at home and abroad.”

“While the nation would be hard pressed to elect another figure as disruptive as Trump, it remains to be seen how much of his imprint on the office itself, occupied by only 44 other men, will be indelible.”

“President-elect Joe Biden will receive his first dose of the coronavirus vaccine on live television as part of a growing effort to convince the American public the inoculations are safe,” the AP reports.

“A Russian agent sent to tail opposition leader Alexey Navalny has revealed how he was poisoned in August — with the lethal nerve agent Novichok planted in his underpants,” CNN reports.

“The stunning disclosure from an agent who belonged to an elite toxins team in Russia’s FSB security service came in a lengthy phone call following the unmasking of the unit by CNN and the online investigative outfit Bellingcat last week.”

“When President-elect Joe Biden is sworn into office on Jan. 20, the list of crises he will face includes a massive cyber intrusion, a still-raging global pandemic, a slowing economic recovery and a lingering reckoning over the nation’s racial tensions,” the Washington Post reports.

“President Trump is not making his job any easier and, in several ways, appears to be actively making it harder — going to extraordinary lengths to disrupt and undermine the traditional transition from one administration to another despite the nation’s many crises.”

Vanity Fair: “Page Six got the speculation swirling with an item last month suggesting that Trump could land book deal for $100 million. Some in the publishing world find that figure laughable, but my colleague Gabriel Sherman subsequently reported that Rupert Murdoch ‘is considering a plan to offer Trump a $100 million package that would include HarperCollins publishing Trump’s post presidential memoir and Fox News giving Trump a contributor deal or his own show.’”

“The other publisher to watch is Simon & Schuster, whose CEO, Jonathan Karp, has a long-standing rapport with Trump and has published his books in the past.”

“Some senior Defense Department officials are pressing to formally separate the leadership of the National Security Agency from U.S. Cyber Command, in an apparent effort to weaken the military’s control of its top electronic spy agency,” the Wall Street Journal reports.

“The proposal to split control of the two agencies before the end of the Trump administration and install a civilian atop the NSA is already facing resistance from lawmakers in Congress. It also isn’t clear how the separation could legally occur without the administration proving to Congress that certain conditions required under the law have been met, the people said.”

“The Trump administration is rushing to approve a final wave of large-scale mining and energy projects on federal lands, encouraged by investors who want to try to ensure the projects move ahead even after President-elect Joe Biden takes office,” the New York Times reports.

Erica Newland writes in the New York Times that she’s “haunted by what I did” as a lawyer in President Trump’s Justice Department.

“No matter our intentions, we were complicit. We collectively perpetuated an anti-democratic leader by conforming to his assault on reality. We may have been victims of the system, but we were also its instruments. No matter how much any one of us pushed back from within, we did so as members of a professional class of government lawyers who enabled an assault on our democracy — an assault that nearly ended it.”

“We owe the country our honesty about that and about what we saw. We owe apologies. I offer mine here.”