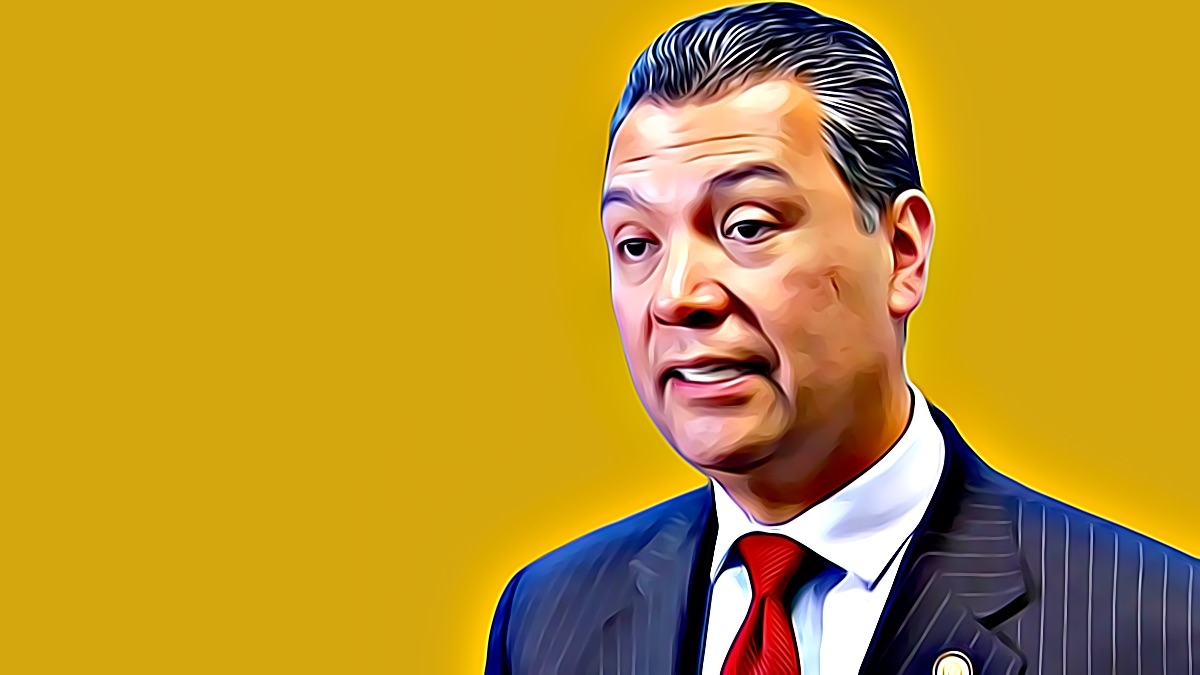 From the pollster: “Georgia is a hot mess and no opinion pollster could possibly say what will happen when votes are counted in 2 weeks… Any outcome is possible, including victories for the 2 Republican incumbent US Senators. But: the polling data at this hour does not support that, and heading into Christmas week, Democratic challengers Jon Ossoff and Raphael Warnock appear to be benefiting — at least momentarily — from a GOP cacophony.”

California Secretary of State Alex Padilla (D) California was chosen by Gov. Gavin Newsom (D) to serve in the U. S. Senate — “an appointment that tears down a barrier for Latinos that has stood as long as California’s statehood,” the Los Angeles Times reports.

“Padilla, a longtime Newsom ally, will become the first Latino to represent California in the Senate, succeeding another history-making politician, Sen. Kamala Harris.”

Sen. John Thune (R-SD) said that any attempt by a handful of House conservatives to challenge the Electoral College’s results proclaiming Joe Biden the next president is “going down like a shot dog,” Bloomberg reports.

He added: “And I just don’t think it makes a lot of sense to put everybody through this when you know what the ultimate outcome is going to be.”

“National Republicans are desperate to avoid a floor fight in Congress over the certification of the Electoral College vote next month, believing it would be horrible politics to continue waging what most recognize to be a hopeless battle to overturn the outcome of the election,” The Hill reports.

“Senate Majority Leader Mitch McConnell (R-KY) has intervened, asking his members not to join Rep. Mo Brooks (R-Ala.) or any other House members looking to object to the results on Jan. 6, when Congress meets to certify the Electoral College count.”

Rep. Mo Brooks (R-AL) and fellow House conservatives met privately on Monday with President Trump and Vice President Mike Pence as the lawmakers prepared to mount a long-shot bid in January to overturn the Electoral College results that made Joe Biden the official winner of the election, CNN reports.

“The discussion focused on Trump’s baseless claims and conspiracies that the election was stolen from him, participants said, and lawmakers emerged confident that there were would be a contingent of House and Senate Republicans who would join the effort and prompt a marathon debate on the floor on January 6 that would spill into January 7.”

“Pence’s involvement in the meeting is significant because he will preside over the joint session of Congress that would count the electoral votes that day.”

Virginia Gov. Ralph Northam announced he has removed its statue of confederate general Robert E. Lee from the U.S. Capitol.

“Bill Stepien, Justin Clark, and Nick Trainer are relaunching National Public Affairs, a political consulting shop that will aid the president as he decides which 2022 races to engage in, as well as bolster pro-Trump candidates and advise the party’s campaign committees.”

“Senior advisers to President Trump are preparing to launch a nonprofit group to promote the president’s policies once he leaves office, creating a landing spot for former Trump officials after the White House changes hands,” Politico reports.

“White House domestic policy adviser Brooke Rollins and National Economic Council Director Larry Kudlow have been putting the organization together and are expected to be heavily involved once it gets off the ground. National Security adviser Robert O’Brien and former Energy Secretary Rick Perry are also among those likely to play roles.”

The 117th Congress could begin with two empty House seats as the final races of the 2020 cycle remain tied up in legal disputes.

In Iowa’s 2nd congressional district, Mariannette Miller-Meeks’s (R) was certified the winner by just six-votes over Rita Hart (D). However, Hart has petitioned the House to intervene to make sure “every legal ballot was counted” in the race.

In a notice of contest, Hart argues that 22 ballots were wrongly excluded and others weren’t examined during the recount. She says she would have netted 15 votes and defeated Miller-Meeks had the ballots been tallied. Hart’s filing asks the Democratic-led House to nullify the state-certified results and count the excluded ballots.

These are critical seats with Democrats holding such a thin majority, as Norm Ornstein points out.

And the number of open seats could grow when Reps. Cedric Richmond (D-LA), Marcia Fudge (D-OH) and Deb Haaland (D-NM) leave for positions in the Biden administration.

“Officials have found a case of a dead person voting,” Business Insider reports.

“Bruce Bartman has been charged with unlawful voting and perjury over allegations that he pretended to be his dead mother to cast a ballot in the November election for President Trump in Pennsylvania.”

“Televangelist Pat Robertson, one of President Trump’s staunchest backers, on Monday described Trump as ‘very erratic,’ called on him to accept that President-elect Joe Biden won and said the Republican should not consider running again in 2024,” the Washington Post reports.

Said Robertson: “You know, with all his talent and the ability to be able to raise money and grow large crowds, the president still lives in an alternate reality. He really does. People say, ‘Well, he lies about this, that and the other.’ But no, he isn’t lying; to him, that’s the truth.”

He added: “You go down the line of things that really aren’t true. And, you know, people kept pointing to them, but because they loved him so much and he was so strong for the evangelicals — the evangelicals were with him all the way — but there was something about him that was good, that God placed him in that office for the time.”

Kansas Gov. Laura Kelly (D) “is ‘of course’ running for reelection in 2022, a spokeswoman said Friday, after Republicans in recent days had treated a second campaign by the incumbent Democrat as an open question,” the Kansas City Star reports.

New York Times: “Although Mr. Biden won the popular vote by a resounding seven million ballots, earning more votes than any presidential candidate ever, his inability to flip more than a handful of swing counties that were carried by a Democratic nominee as recently as 2012 may be a yellow warning light for his party about the narrowness of his victory on the electoral map.”

“While pivot counties are spread among 33 states, and all have their own idiosyncrasies, there are similarities that link many of them.”

“Bristling at his defeat in Georgia, President Trump increasingly believes that Gov. Brian Kemp has not done enough to deliver him a victory or challenge the state’s election results. Now, sources close to the president—and Republicans in Georgia—say it is a foregone conclusion that Trump will help stand up a primary challenger to Kemp when the Republican is up for re-election in 2022,” the Daily Beast reports.

Former Sen. Harry Reid (D-NV) made Nevada a battleground state. Now, he tells the Los Angeles Times, he wants to “elbow aside Iowa and New Hampshire, the states that go first and second in picking the nation’s president, and start the nominating process in Nevada.”

Said Reid: “I think we’re entitled to be the first state. Why? Because the power structure of this country is moving West.”

“With that, ever so matter-of-factly, the retired senator would upend 50 years of political practice and tradition.”

Dan Pfeiffer: “It is almost impossible to overstate the stakes in the two January 5th runoff elections in Georgia. If Democrats win both races, Joe Biden has a chance to pass his economic, health care, and climate plans. He will be able to confirm his cabinet and appoint judges. Mitch McConnell will be nothing more than a dour annoyance — a grumpy speed bump on the road to progress. If Democrats don’t win both races, well … things get much more difficult. I can’t remember a non-Presidential election of this much consequence.”

Tom Nichols on not engaging with Trumpers at all: “That may sound like a profoundly un-civic, even un-American, stance. After all, Democrats, independents, and what’s left of the last few sensible Republicans should not stop trying to solve problems together. To cease all political communication would not only be foolish, but our system of government does not allow it. Even in the minority, a party can help or hinder the process of governing.”

“Nonetheless, ordinary people worn out by the dramas and lies of the past four years have a right to refuse to take Trump’s most enthusiastic supporters seriously. To reject further debate with people whose views are completely incoherent is not only understandable, but sensible.”