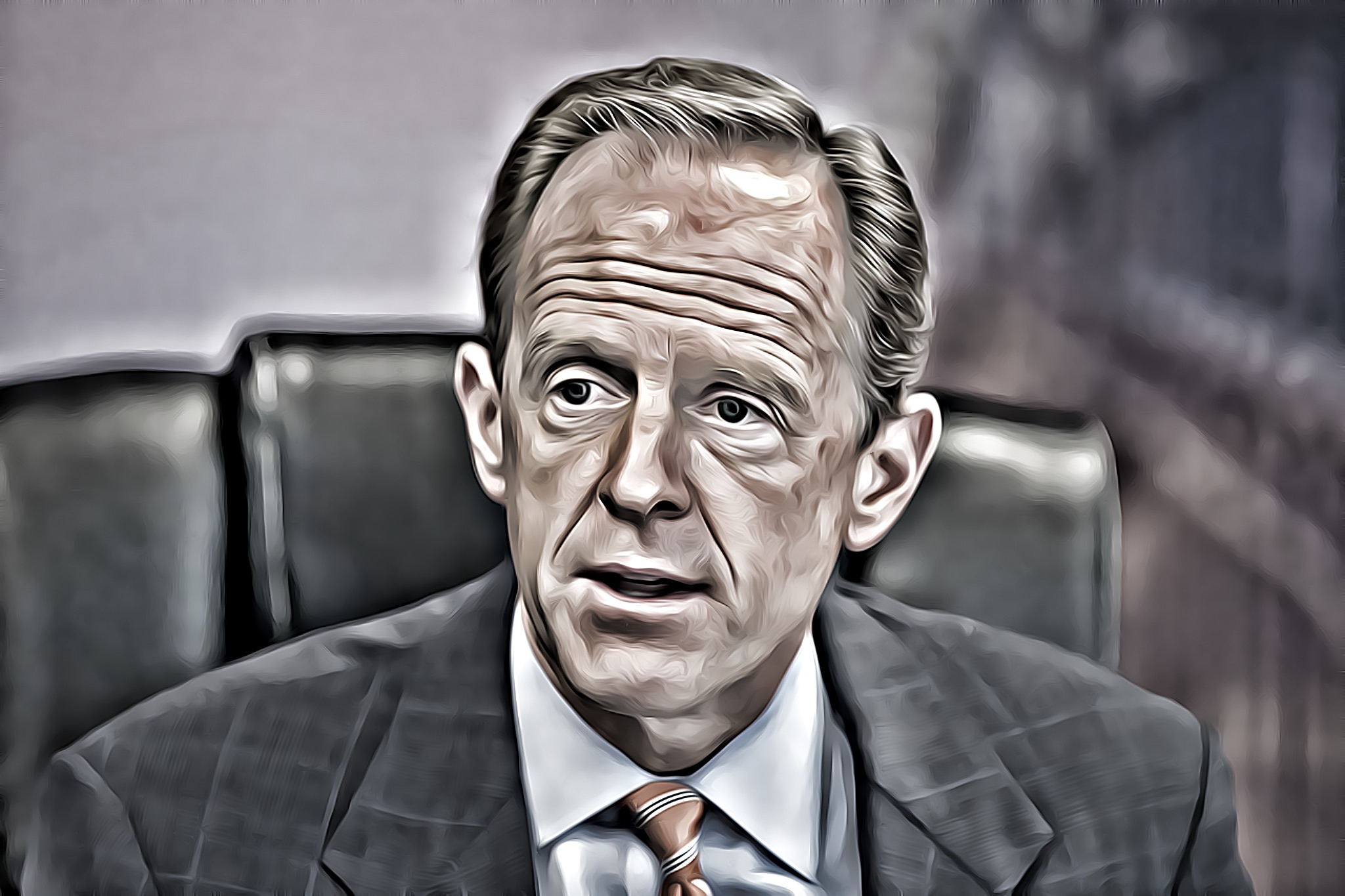 Every U.S. state saw personal income drop in the third quarter as stimulus wound down, according to Commerce Department data.

NBC News: “Negotiators already dropped two contentious provisions that were holding up an agreement — liability protections for employers and funding for state and local governments.”

“But leaders had hit a new roadblock as Democrats on Friday accused Republicans, led by Sen. Pat Toomey, R-Pa., of seeking to hamstring the incoming Biden administration by cutting off Federal Reserve emergency lending facilities created by the CARES Act to protect the fragile economy.”

“Democrats want to extend that authority into the new year, describing it as an important tool to respond to an economic crisis.”

“Congressional leaders on Friday failed to secure a long-awaited deal on a $900 billion pandemic relief package but managed to narrowly avoid a government shutdown — for now,” CNN reports.

“The House and Senate passed a two-day extension of government funding to keep agencies operating until Sunday night. The stop-gap bill now goes to President Donald Trump for his signature.”

“On a phone call Thursday afternoon, Trump told allies that he believes stimulus payments in next relief package should be ‘at least’ $1,200 per person and possibly as big as $2,000 per person, the officials said. Congressional leadership is currently preparing a stimulus package that would provide checks of $600 per person.”

“Democrats are trying to tuck a waiver allowing retired Gen. Lloyd Austin to serve as President-elect Joe Biden’s defense secretary into a year-end government funding bill that must pass by tonight to avoid a shutdown,” Axios reports.

“Attaching the waiver to the omnibus would give political cover to some Democrats, including at least four on the Senate Armed Services Committee who have already gone on record opposing it.”

Washington Post: “It comes as the Food and Drug Administration prepares to authorize a second coronavirus vaccine, developed by Moderna. An FDA panel deemed that vaccine to be highly effective in clinical trials, clearing the path to approval.”

House Speaker Nancy Pelosi received her first dose of the Pfizer-BioNTech coronavirus vaccine from the attending physician of Congress on Friday, Axios reports.

“Several states say they have been told to expect far fewer doses of the Pfizer-BioNTech COVID-19 vaccine in its second week of distribution, prompting worries about potential delays in shots for health care workers and long-term care residents,” the AP reports.

“Vice President-elect Kamala Harris and second gentleman Doug Emhoff will receive the shot the following week to avoid a situation in which all of the leaders of the incoming administration experience side effects at the same time.”

Politico: “Top congressional leaders will receive the coronavirus vaccine in the coming days with dozens of lawmakers planning to quickly follow suit — an effort designed to maintain a continuity of government while also instilling public confidence in the shot.

Peter Nicholas: “People who work for President Donald Trump typically meet one of two fates. They fail to show the unthinking loyalty he demands and get fired. Or, maybe worse, they don’t get fired—they endure the tantrums and turmoil and survive another day, binding themselves even closer to perhaps history’s most divisive president.”

“Anyone who went to work for Trump inside or outside the government surely knew the terms of the bargain. They’d be answering to an untested and impulsive president. They weren’t getting Dwight Eisenhower as a boss—they were getting Dwight Schrute.”

“Was it worth it? I asked nine seasoned officials, credentialed lawyers, flameouts, worker bees, operatives—some who voted for Trump twice, some who absorbed his harshest attacks. They all insisted that it was.”

The Trump administration has relaxed a regulation restricting water flow from showerheads, a pet peeve of President Trump, who complained that he wanted more water to make his hair “perfect,” the AP reports.

“Microsoft Corp said on Thursday it found malicious software in its systems related to a massive hacking campaign disclosed by U.S. officials this week, adding a top technology target to a growing list of attacked government agencies,” Reuters reports.

“Microsoft also had its own products leveraged to attack victims, said people familiar with the matter. The U.S. National Security Agency issued a rare ‘cybersecurity advisory’ Thursday detailing how certain Microsoft Azure cloud services may have been compromised by hackers and directing users to lock down their systems.”

“The military spending bill that President Trump is threatening to veto contains provisions that would help protect against the kind of broad Russian hacking discovered in recent days, according to experts and lawmakers,” the New York Times reports.

Disney executive chairman Robert Iger has told people close to the incoming Biden administration that he would be interested in serving as U.S. ambassador to China, the Wall Street Journal reports.

“In recent weeks, high-dollar donors have begun to quietly discuss ambassadorships with the Biden transition team, though they have been told cabinet positions are the current focus… Mr. Iger has been a supporter of Mr. Biden and has a long-running relationship with China’s president Xi Jinping.”

Army Gen. Mark Milley, chairman of the Joint Chiefs of Staff, held unannounced talks with Taliban peace negotiators in the Persian Gulf to urge a reduction in violence across Afghanistan, even as senior American officials in Kabul warned that stepped-up Taliban attacks endanger the militant group’s nascent peace negotiations with the Afghan government, the AP reports.

Russian President Vladimir Putin claimed Thursday that opposition politician Alexey Navalny “is enjoying the support of the US special services,” adding that if Russian special services had wanted to kill him they would have “finished it,” CNN reports.

“Navalny was poisoned with the toxin Novichok in August and nearly died. After initial treatment in Omsk, Siberia, he was taken to a clinic in Berlin. The Kremlin has repeatedly denied any involvement in his poisoning.”

Sen. Dianne Feinstein (D-CA) told the Los Angeles Times that doubts about her cognitive abilities are not fair.  Asked if she’d thought about stepping aside because of a decline in her short-term memory, she responded: “No, I haven’t.”  She went on: “I don’t feel my cognitive abilities have diminished… No, not really. Do I forget something sometimes? Quite possibly.”

Politico: “As vice president, Pence has the awkward but unavoidable duty of presiding over the session of Congress that will formalize Biden’s Electoral College victory — a development that is likely to expose him and other Republicans to the wrath of GOP voters who believe President Donald Trump’s false claim that the election was stolen from him.”

“But Pence could dodge their ire by leaving Washington immediately for the Middle East and Europe. According to three U.S. officials familiar with the planning, the vice president is eyeing a foreign trip that would take him overseas for nearly a week, starting on Jan. 6.”

“Miller’s move, which stunned officials throughout the Pentagon, was the biggest eruption yet of animus and mistrust toward the Biden team from the top level of the Trump administration. … A senior Defense Department official sought to downplay the move, calling it ‘a simple delay of the last few scheduled meetings until after the new year.’”

Jonathan Bernstein: “It’s not unusual to put someone from the other party in the Cabinet; indeed, Democrats have repeatedly nominated Republicans for Defense secretary, and not only after close elections. Commerce, however, might be the least important Cabinet position, at least in a Democratic administration.”

“That said, Biden would be fooling himself if he thought that adding a Republican to his administration would buy him goodwill from Republicans in Congress. And any Republican who would be willing to do it would be attacked as a RINO who doesn’t belong in the party in the first place. Nor is it remotely plausible that Republican voters would be more inclined to support Biden because of such a gesture. Even for people who pay close attention to politics, the selection of a Cabinet secretary is a barely noticeable one-day story.”

“The idea of seeking to build good relations with interest groups is more worthwhile.”

Dan Pfeiffer: “On a recent conference call, Senate Majority Leader Mitch McConnell made the case for making a deal on COVID relief to his caucus of conspiracy mongering, COVID truthing plutocrats. McConnell didn’t argue that 5 million more Americans would slip into poverty if unemployment insurance expired. He didn’t persuade them with stories of local restaurants and small businesses in dire need of loans as bridges to our post-vaccine future. Instead, McConnell — as politicians often do — personalized the pain and suffering of the pandemic and recession through the stories of two individuals.”

“Kelly and David are getting hammered.”

“It’s definitely gross that McConnell cares more about keeping power than keeping millions of Americans out of poverty. However, we shouldn’t gloss over the fact that McConnell, a shrewd political operator, has decided that the only way Republicans can win in Georgia is for the GOP to sign off on the government sending money to people in need. This stunning admission has implications for how Democrats can make progress in the Biden era as well as for our 2022 political strategy.”

“In a forceful effort to shape a more progressive foreign policy, a coalition of left-leaning and other groups on Friday will deliver a detailed roster of 100 candidates they recommend for senior posts in the Biden administration,” Politico reports.

“The effort marks a new phase for progressive groups, which have criticized the ties to arms-makers of some Cabinet picks and have also lobbied the Biden-Harris team to enlist a more diverse set of views in building out its national security staff.”

“The Supreme Court ruled 6-3 on Friday to dismiss a challenge to the Trump administration’s exclusion of undocumented immigrants from the U.S. census, the once-per-decade population count used to allocate House seats among the states,” The Hill reports.

Rick Hasen has more analysis of the decision.

“The Supreme Court also ruled Thursday that Kentucky can force parochial as well as public schools to close temporarily because of the coronavirus pandemic, but only because those restrictions are set to expire early next year,” USA Today reports.