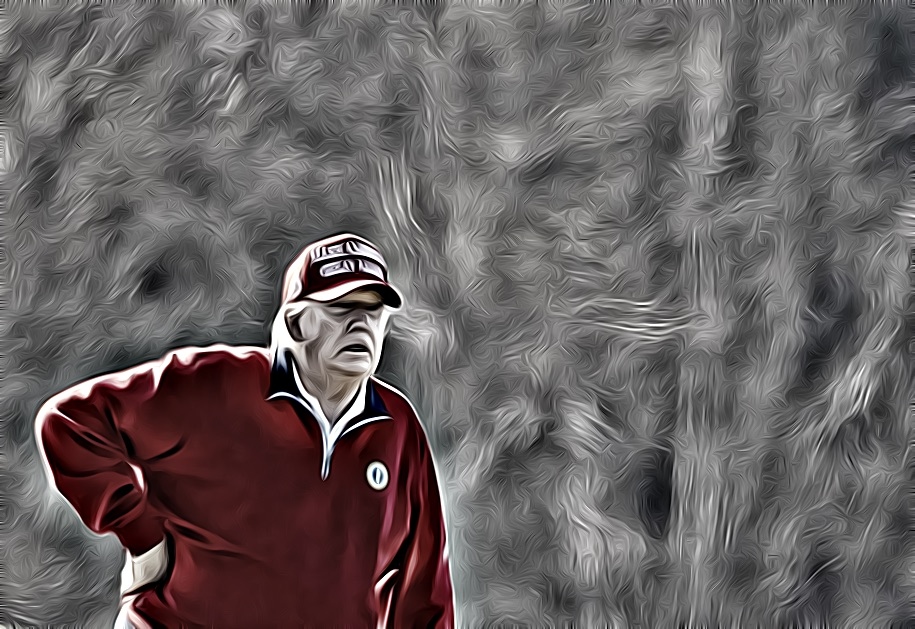 President-elect Joe Biden has tapped Rep. Deb Haaland (D-NM) to serve as the first Native American interior secretary in a historic pick for a department that oversees the country’s vast natural resources, including tribal lands, the Washington Post reports.

The Washington Post has launched a Political Appointee Tracker for the incoming Biden administration.

President-elect Joe Biden is expected to get his first Covid-19 vaccination early next week, and plans to get his shot in public, CNN reports.

“Vice President Mike Pence plans to receive his coronavirus vaccine shot on camera Friday morning at the White House to build ‘vaccine confidence’ among the American people,” Axios reports. “Details are still being worked out, but Pence wants the TV networks to carry the moment live in the morning, the source said, to maximize the audience for the vaccination.”

The U.S. on Wednesday reported record numbers for Covid-19 cases, hospitalizations and deaths, CNN reports. The death toll yesterday was 3,656.

President Trump once again said he intends to veto the annual defense authorization bill, setting up a potential veto override by Congress. Sen. Jim Inhofe (R-OK) said that he expects President Trump to veto the defense bill but wait till the very last possible moment, on December 23, Bloomberg reports.

If Trump waited until next week to veto the bill, CNN reports the House and the Senate would have to hold votes to override the veto before the next Congress is sworn in at noon on January 3.

“Negotiators on Capitol Hill and at the White House have still not wrapped up talks over a nearly $1 trillion coronavirus relief package ahead of a Friday deadline, as Republicans and Democrats spar over tens of billions of dollars in government spending,” Politico reports.

“A weekend session in Congress is becoming increasingly likely, and top aides are discussing a bill to keep the government funded until Sunday to allow for further talks and drafting of the rescue package.”

“Senate Majority Whip John Thune (R-SD) warned that the government could briefly shut down over the weekend as talks over a sweeping deal to pass funding and provide coronavirus relief drag on,” The Hill reports.

“Asked about needing a days-long continuing resolution (CR) to keep the government funded past Friday night as talks continue, Thune indicated senators could block that from happening if leaders don’t have a larger deal in hand.”

Karen Tumulty flags a tweet from Sen. Marco Rubio (R-FL) who is suddenly outraged that a top Biden aide referred to Republican lawmakers as “fuckers.”

“Rubio was joined in his outrage by many other Republicans, who apparently are unaware that among the things that President Trump has achieved in his single term is bringing swearing into the mainstream. On just one day in 2019, this newspaper used the word ‘bullshit’ five times in quoting Trump’s rants about his impeachment. Trump cusses liberally at his rallies, knowing it brings cheers from his devoted supporters. They see it as evidence of his toughness and willingness to call things the way he sees them.”

Jen O’Malley Dillon, President-elect Joe Biden’s campaign manager and incoming White House deputy chief of staff, walked back comments she made in a recent interview suggesting that congressional Republicans were “a bunch of fuckers,” Politico reports.

Addressing the controversy over her comment, O’Malley Dillon argued that “the point that I was really making is an incredibly important point. And that really is about the president-elect and why he was supported by over 81 million people, and what they were looking for.”

President-elect Biden on Thursday said that a suspected Russian cyberattack on multiple government agencies and U.S. companies “is a matter of great concern” and promised to impose “substantial costs” to those responsible for the attack, Axios reports.

“The Energy Department and National Nuclear Security Administration, which maintains the U.S. nuclear weapons stockpile, have evidence that hackers accessed their networks as part of an extensive espionage operation that has affected at least half a dozen federal agencies,” Politico reports.

New York Times: “Early this year, The New York Times reviewed more than 10,000 published decisions and dissents during the first three years of the Trump administration. It found that the president’s picks for the appeals courts were more likely than past Republican appointees to disagree with peers selected by Democrats, and more likely to agree with their Republican colleagues, suggesting they were more consistently conservative.”

“An updated analysis of more than 1,700 opinions published over the first six months of the year shows that the trend has intensified as the judges have established a larger body of work. … Most cases on the courts are decided unanimously by three-person panels, and dissent is relatively rare. But as a group, his selections were nearly four times as likely to clash with colleagues appointed by Democratic presidents as those appointed by Republicans. Judges nominated by Presidents Ronald Reagan, George H.W. Bush and George W. Bush showed the same tendency, but to half the extent.”

Mother Jones has an interesting footnote to Trump fundraiser Elliott Broidy pleading guilty to charges that he conspired to illegally lobby the Trump administration.

“He faces up to five years in prison in part because of what in retrospect seems to have been a dumb mistake. Broidy voluntarily gave the FBI emails from his and his wife’s accounts while seeking the bureau’s assistance in pursuing hackers who he claimed had stolen this material and leaked damaging details about his business dealings to the press.”

“According to a just-unsealed ruling issued in June 2018 by Beryl Howell, the chief US District Judge in Washington, DC, nearly 1,400 pages of emails that Broidy provided to the FBI were subsequently used by the bureau in the investigation that led to Broidy’s guilty plea. Following a secretive legal process, Howell ruled that Broidy had surrendered the material to the FBI and after doing that—when the bureau wanted to exploit the documents for an investigation of Broidy himself—could no longer claim the information was covered by attorney-client privilege or spousal privilege.”

First Read: “After terrorists hijacked airliners, slammed them into the Twin Towers and the Pentagon and killed nearly 3,000 Americans, Congress created an independent bipartisan 9/11 Commission to definitively answer what happened—– and how to prevent it from ever happening again.”

“Our question this morning: Is Congress going to create a 9/11-like commission to study what went wrong with the United States’ handling of the coronavirus — after more than 300,000 and counting deaths, an erosion in trust in our government and allegations of political interference and manipulation?”

A new Gallup poll finds that just 31% of Americans give the CDC good marks on communicating a clear plan to deal with Covid — an even poorer level of confidence than the 33% who say the same of President Trump.

Bloomberg: “Tax cuts for rich people breed inequality without providing much of a boon to anyone else, according to a study of the advanced world that could add to the case for the wealthy to bear more of the cost of the coronavirus pandemic.”

“The paper, by David Hope of the London School of Economics and Julian Limberg of King’s College London, found that such measures over the last 50 years only really benefited the individuals who were directly affected, and did little to promote jobs or growth.”

President Trump not only insists he actually won the 2020 presidential election but has suggested at times that he will not vacate the premises on January 20, CNN reports.

“In his moments of deepest denial, Trump has told some advisers that he will refuse to leave the White House on Inauguration Day, only to be walked down from that ledge.”

“The U.S. government would save about $2.6 billion if President-elect Joe Biden halts construction on the border wall project on his first day in office,” the Washington Post reports.

“Biden told reporters this summer he would not build ‘another foot’ of the border barriers that became a symbol of the Trump presidency and one of the most expensive federal infrastructure projects in U.S. history. But the financial implications of a decision to stop work — including the costs to the government it will potentially incur — have not been publicly disclosed.”

Axios: “Instead of the traditional 200,000 tickets that the committee provides with bundles for members of Congress to distribute to constituents, lawmakers will be permitted to bring themselves and one guest to the official ceremonies.”