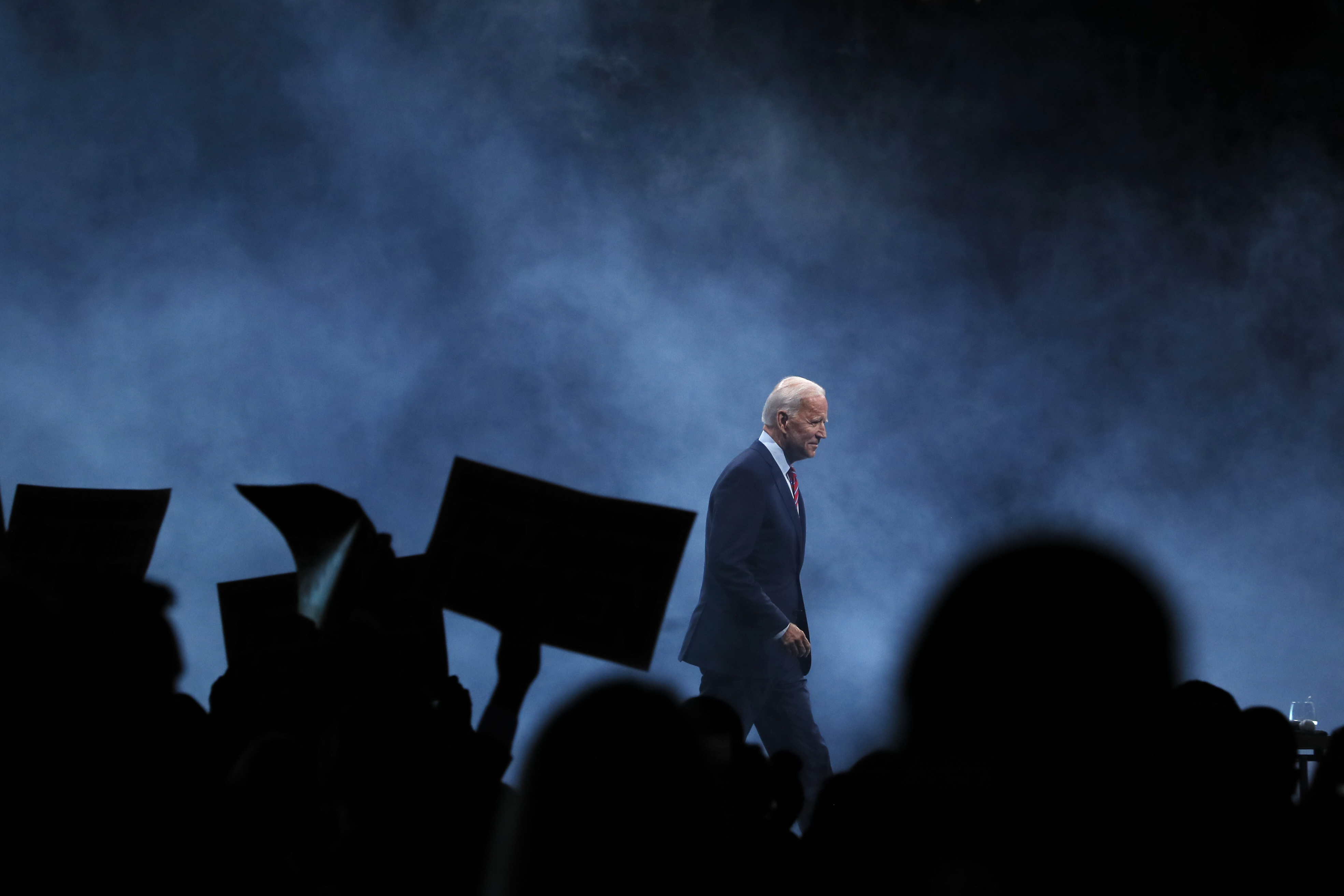 “This type of double-barreled Senate election occurs with some regularity. Since 2000, five biennial election cycles have seen scenarios where both of a state’s Senate seats were up, while six cycles haven’t.”

“But control of the chamber has never hinged on a double-barreled runoff.”

“Nearly 75,000 new voters registered in Georgia since before the presidential election, enough to make a difference in the U.S. Senate runoffs if they turn out,” the Atlanta Journal Constitution reports.

“They’re overwhelmingly young, with 57% of them under 35 years old. Some are new Georgia residents; others just turned 18. None has a voting record in the state.”

In a private call with Senate Republicans, Senate Majority Leader Mitch McConnell (R-KY) said that Sens. Kelly Loeffler (R) and David Perdue (R) were “getting hammered” for Congress’s failure to deliver more pandemic aid to struggling Americans – particularly the direct payments — and that enacting the measure could help them, the New York Times reports.

President Trump told Senate Majority Leader Mitch McConnell in a tweet that it was too soon to “give up” after the Kentucky Republican conceded that President-elect Joe Biden won November’s election. Said Trump: “Republican Party must finally learn to fight. People are angry!”

However, CNN reports a Trump fundraising email asks supporters if he should run again in 2024, which is essentially a concession.

“Dominion Voting Systems sent a blistering letter to the right-wing lawyer Sidney Powell, demanding that she publicly retract her ‘wild, knowingly baseless and false accusations’ about the company’s voting machines, which have repeatedly found themselves at the heart of conspiracy theories surrounding the election,” the New York Times reports.

“The letter, a preparatory step to formal legal action, accused Ms. Powell of engaging in ‘reckless disinformation’ about Dominion’s machines at news conferences, rallies in support of President Trump and on conservative media outlets like Fox News, Newsmax and Rush Limbaugh’s radio show.”

In what would be an act of defiance of Senate Majority Leader Mitch McConnell (R-KY), Sen-elect Tommy Tuberville (R-AL) suggested on video that he will challenge the Electoral College vote on January 6, while campaigning for the GOP Senate incumbents in Georgia.

“I know there probably are members who still have concerns about the election… But the fact of the matter is-that’s been litigated over and over. The DOJ has weighed in. The states have all certified. The Electoral College has acted. It’s time to be done with this.”  — Sen. John Thune (R-SD), quoted by CNN.

Jennifer Horn, former chair of the New Hampshire Republican Party, writes in USA Today that she is leaving the party. “The GOP has become so destructive an institution — by embracing racism, accepting hatred and cruelty as the foundation for policy, and by advocating for and advancing the overthrow of democracy in America — that it has become wholly incompatible with the constitutional pillars of our country.”

Longtime GOP strategist Steve Schmidt announced on his podcast that he is registering as a Democrat after nearly 30 years with the Republican Party.

Said Schmidt: “I spent 29 years as a Republican, I’ve spent two and a half as an independent, and later this afternoon I will register as a member of the Democratic Party. Because in America today, it’s only the Democratic Party—which is the oldest political party in the world—that stands for the ideas and ideals of American liberty.”

One America News announced they will not be calling Joe Biden the president-elect: “We are the only broadcast news network out there with the integrity to report that this election isn’t over. Fox News caved, to no one’s surprise.”

Inside Elections: “Republicans needed a net gain of 17 seats. They won 10, and may net another two (Iowa’s 2nd and New York’s 22nd), where their candidates cling to slim leads but are fending off challenges from their Democratic opponents.”

“If those results stand, Republicans will be five seats shy of a majority. In the five closest races won by Democrats, the Republican candidates lost by a combined 31,751 votes.”

“The split-ticket victories last month, which have become relatively rare in recent elections, allowed the GOP to claw back some of its sharp losses from 2018. Three of the seats were held by a Democrat, and the fourth Republicans first won in a special election earlier this year.”

“Money from around the U.S. is flooding into Georgia as both of the state’s Senate seats are up for grabs in a Jan. 5 runoff election and with them, control of the U.S. Senate,” Bloomberg reports.

“Between Nov. 4 and Nov. 23, the Democratic Senate candidates drew 96% of their online donations from out of the state while the two incumbents got 92% of their online contributions outside of Georgia.”

“Democrats in Texas and New Hampshire are forming committees to examine the party’s failings in last month’s election. Less formal autopsies are underway in states across the country,” Politico reports.

“But the party that lost the presidential election isn’t soul-searching at all. For the final act of his showman-like presidency, Donald Trump has convinced the Republican Party that despite losing the White House by 7 million votes — and despite seeing five states flip in 2020 — things could hardly be better inside the GOP.”

“The 2022 US Senate race in North Carolina could provide an early test of whether the Republican Party will continue to embrace President Donald Trump after his loss, potentially featuring Lara Trump, the President’s daughter-in-law, against a field of current and former Republican officials unwilling to step aside,” Politico reports.

“Her public interest in the seat has not scared off a number of Senate Republican aspirants, who are driven in part by the alluring prospect of running for an open seat in the first midterm election of a Democratic president, which usually favors the opposing party.”

Sen. Kelly Loeffler (R-GA), one of two Republican incumbents in the Georgia Senate runoffs, refused to acknowledge Joe Biden’s victory in the presidential election when speaking to reporters.

Said Loeffler: “There’ll be a time for that if that becomes true, but the president has a right to every legal recourse and we’re letting that play out right now.”

Said Steinburg: “If that’s what needs to be done, if there are people who have been identified as folks who are suspected of high crimes and misdemeanors, who are threatening the very security and foundation of our nation…for whatever period of time it takes to round them up, then yes.”

Rep. Joseph Kennedy III (D-MA) told the Boston Herald that he’s having “conversations” with people in Joe Biden’s orbit as he mulls life after losing a U.S. Senate primary.

But he doesn’t want to run for governor in 2022: “I cannot imagine a reality where I am a candidate for office again anytime soon. Having just done that for a year, taking a breather from that and refocusing my time and space I think is what I’m looking forward to doing over the course of the immediate timeline.”

Sen. Rand Paul (R-KY) said at a Senate hearing that the presidential election was “in many ways stolen.”

Said Paul: “The fraud happened. The election in many ways was stolen and the only way it will be fixed is by in the future reinforcing the laws.”

The Hill: “The remarks were notable because Paul is seen as one of the senators who might join a bid by Rep. Mo Brooks (R-AL) to challenge the election’s outcome and overturn the results in several states.”

Politico: “Thirty-eight of 50 states — accounting for nearly 85 percent of the U.S. population — will hold gubernatorial elections between 2021 and 2022.”

“A dozen states are likely in play, if not more, raising the potential for one party to expand its influence across the nation. Republicans will have a four-seat advantage in statehouses starting in January, though the majority of Americans will still live under Democratic governors.”