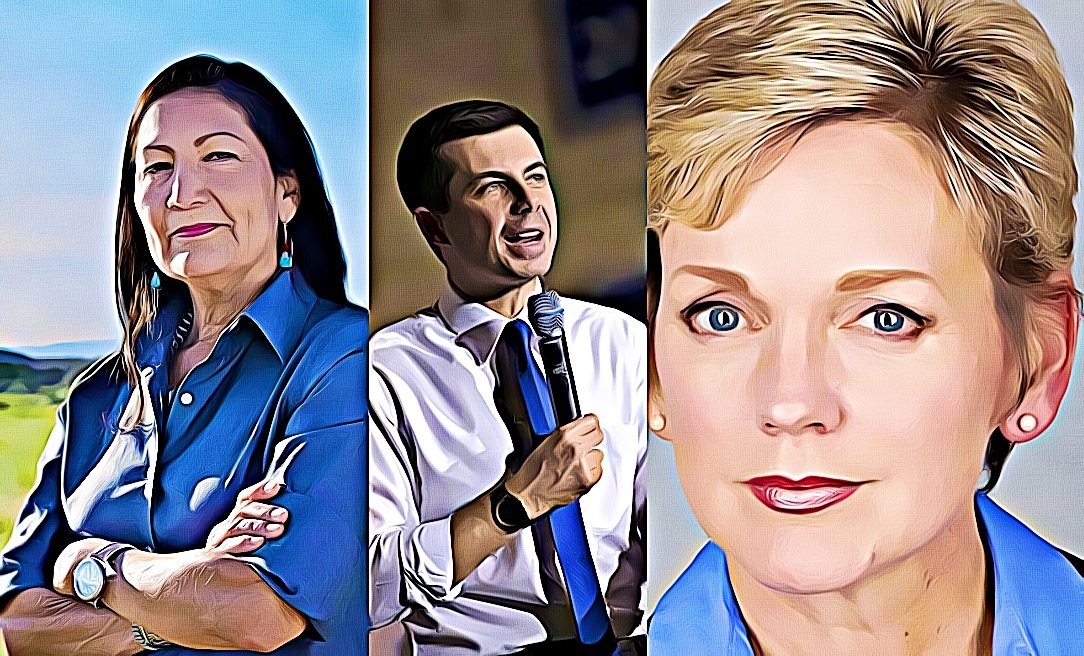 “President-elect Joe Biden will nominate Pete Buttigieg to be his secretary of transportation, elevating the onetime rival to a key role in the incoming administration’s push to rebuild American infrastructure and the economy,” the Washington Post reports.

“If confirmed, the first Washington chapter of Buttigieg’s political story will be at a vast agency long viewed as a solid, if unflashy, perch but which could provide an opportunity to make a lasting mark.”

“President-elect Joe Biden will pick former Michigan Gov. Jennifer Granholm to run the Energy Department, the agency that would play a key role in helping develop the technologies needed to fulfill his pledge to move the country off fossil fuels,” Politico reports.

“Granholm, who served two terms as Michigan’s governor, is experienced in dealing with the auto industry — a potentially big advantage as the new president seeks to speed the rollout of electric vehicles and the network of charging stations needed to power them.”

Rep. Deb Haaland (D-NM) appears to be President-elect Joe Biden’s top choice to head the Interior Department, a pick that would make her the first Native American to lead a Cabinet agency, Reuters reports.

“Sources familiar with the proceedings said Biden’s team was close to finalizing the decision on Haaland but weighing concerns about the loss of a Democratic member of the U.S. House of Representatives, where Democrats are hanging on to a slim majority.”

Sen. Joe Manchin (D-WV) told Axios that the $748 billion bipartisan relief proposal will be used as the framework in the Senate for a final package that Congress hopes to pass by the end of the week.

Jonathan Last: “Every presidential administration chews up and spits out one or two people. There are always guys who enter an administration looking like normal, upstanding citizens and exit having been revealed as hucksters, frauds, or criminals. G. Gordon Liddy. Pat Buchanan. Cap Weinberger. John Poindexter. Sometimes the people who get rendered by a president are good guys who catch a bad break, like Mike Espy.”

“But the sheer number of people who had their lives and/or careers destroyed over four years of swimming in Donald Trump’s slipstream is kind of staggering.”

“So let’s take a walking tour through the human wreckage of the Trump years.”

“Donald Trump, who currently enjoys certain exemptions from Twitter’s policies due to his status as a world leader, will likely lose the protection after 20 January when Joe Biden takes over as the US president,” The Independent  reports. “Mr Trump’s personal account on Twitter could be subject to a ban if he continues to spread conspiracy theories, Twitter has confirmed.”

Senate Majority Leader Mitch McConnell on the Senate floor, per the New York Times: “Our system of government has processes to determine who will be sworn in on Jan. 20. The Electoral College has spoken.”

He added: “So today I want to congratulate President-Elect Joe Biden. The president-elect is no stranger to the Senate. He’s devoted himself to public service for many years.”

“President-elect Joe Biden and Vice President-elect Kamala Harris will be sworn in to office on the steps of the Capitol next month, but those who are planning his inauguration are urging Americans to stay at home and limit gatherings during the event,” the Washington Post reports.

“Biden’s planning committee for the first time stated definitely Tuesday that he will be sworn into office on the west side of the Capitol, the location which has been used in recent years, and he will give an inauguration address from the platform.”

“But just about everything else is being reimagined.”

The FDA said the coronavirus vaccine made by Moderna is highly protective for adults and prevents severe cases of Covid-19, the New York Times reports.  Based on the encouraging findings, the agency intends to grant emergency authorization for use of the vaccine on Friday.

Dr. Anthony Fauci, the nation’s top infectious-disease official, publicly recommended Tuesday that Biden be vaccinated against the coronavirus “as soon as we possibly can,” the Washington Post reports.

“President-elect Joe Biden’s pick for secretary of state is expected to visit the State Department and meet with Secretary of State Mike Pompeo on Thursday for the first time since Biden’s victory,” CNN reports.

“The meeting between Antony Blinken and Pompeo — planned to occur days after the Electoral College cemented Biden’s victory on Monday — will mark the first formal recognition by President Trump’s top diplomat that he is preparing to hand over the reins of American foreign policy to his successor. The meeting is scheduled to last for only 15 minutes, but State Department officials view it as a positive step.”

Washington Post: “Shoplifting is up markedly since the pandemic began in the spring and at higher levels than in past economic downturns, according to interviews with more than a dozen retailers, security experts and police departments across the country.”

“But what’s distinctive about this trend, experts say, is what’s being taken — more staples like bread, pasta and baby formula.”

“As a growing number of coronavirus vaccines advance through clinical trials, wealthy countries are fueling an extraordinary gap in access around the world, laying claim to more than half the doses that could come on the market by the end of next year,” the New York Times reports.

“While many poor nations may be able to vaccinate at most 20 percent of their populations in 2021, some of the world’s richest countries have reserved enough doses to immunize their own multiple times over.”

“President Trump’s media criticism is usually binary — there are ‘good stories,’ favorable to him, and then the other category,” the New York Times reports.

“Most news coverage on Monday fell into that other category. One by one, presidential electors in all 50 states and the District of Columbia formally recognized Joseph R. Biden Jr. as the president-elect, the latest and most significant rejection so far of Mr. Trump’s desperate attempts to undo the will of the voters.”

“But inside the sprawling and self-reinforcing network of websites, podcasts and video news that has fed some of the most reckless and unrealistic claims about the election, the myth of Mr. Trump’s political survival endures.”

Politico: “Trump’s last gasp to overturn the Nov. 3 election results will come on Jan. 6, when the House and Senate are scheduled to gather in a joint session to certify Biden’s win in the Electoral College. A handful of GOP House members have said that they will challenge Biden’s victory, though they are unlikely to succeed.”

“House Democrats unsuccessfully challenged election results in the recent past — including in 2001 and 2017, after candidates won the popular vote but lost the Electoral College.”