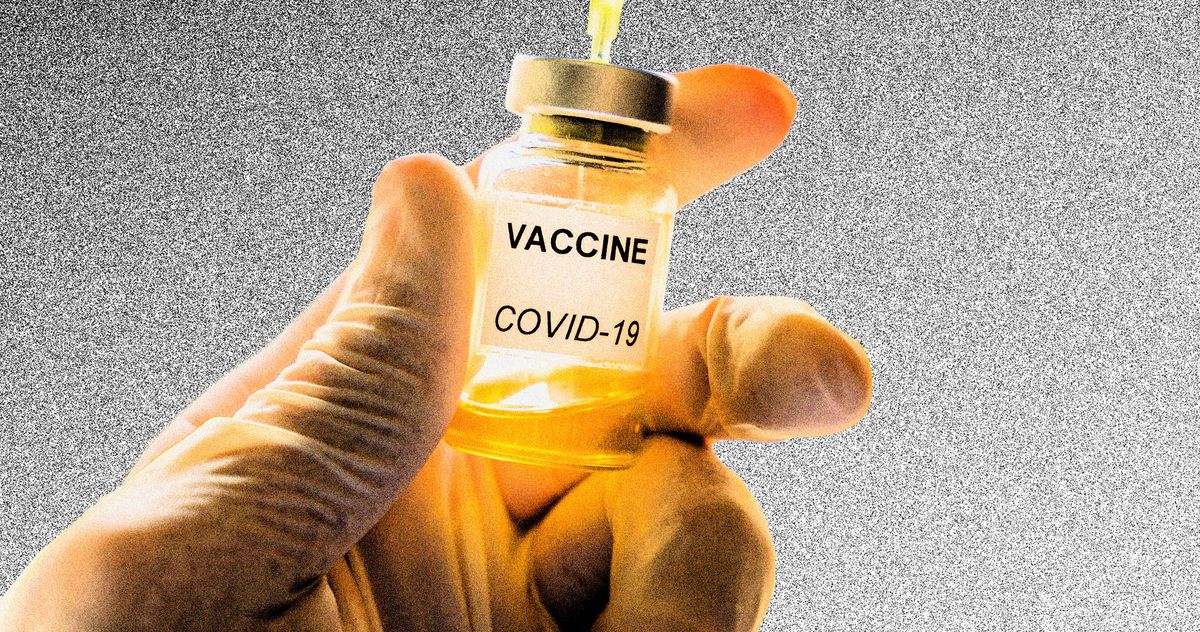 Associated Press: “The first trucks carrying a COVID-19 vaccine for widespread use in the United States were set to pull out of a Michigan manufacturing plant Sunday, with the shots that are critical to stopping the nation’s coronavirus outbreak destined to reach states a day later.”

“An assembly line of workers began in the early morning hours pulling doses out of a freezer, boxing the vaccine and loading the units onto pallets so they could be placed on trucks at a Pfizer plant in Michigan. Dry ice, shipping labels and packing tape were on hand as the workers — donning masks, face shields and gloves — put together the packages inside the warehouse.”

Washington Post: “The year of the coronavirus is ending much as the pandemic began, with overwhelmed hospitals and thousands of deaths each day. There is still no national plan for curbing the spread of the disease, just a hodgepodge of conflicting local and state approaches to everything from shutdowns to masking up.”

The surge of COVID-19 cases in Mississippi has left no intensive care unit beds available across the state and prompted the need for restrictions, the Jackson Clarion Ledger reports.

“White House staff members who work in close quarters with President Trump have been told they are scheduled to receive injections of the coronavirus vaccine soon, at a time when the first doses of the vaccine are being distributed only to high-risk health care workers,” the New York Times reports.

Bloomberg: “The vaccinations will be offered to critical personnel in all three branches of government deemed essential, and could start as soon as Monday. The shots will be staggered over the following 10 days to ensure staff don’t experience possible side effects all at the same time.”

Wall Street Journal: “State leaders say they are short billions of dollars in funding needed to successfully provide Covid-19 vaccinations to all Americans who want to be inoculated by health officials’ June goal.”

“The federal government is providing the vaccine, along with syringes, needles, face masks and shields. But state leaders say they must hire medical workers, provide community outreach and education, set up vaccination clinics and ensure storage capacity for vaccines. Some states are also concerned about having enough supplies, such as gloves and gowns, to protect health-care workers as well as people getting vaccinated.”

“Officials in several states said they would spend whatever is needed to get residents vaccinated. Some said that might force spending cuts in areas like education, unless Congress provides additional funding or the federal government reimburses a large chunk of their rollout costs.”

“More American renters could be evicted from their homes in January than in any month ever, as protections put in place during the Covid-19 pandemic expire unless a last-minute deal is reached to extend them,” the Wall Street Journal  reports.

“A sophisticated hacking group backed by a foreign government stole information from the U.S. Treasury Department and a U.S. agency responsible for deciding policy around the internet and telecommunications,” Reuters reports.

The Washington Post says the hackers were backed by the Russian government.

“U.S. border officials have expelled at least 66 unaccompanied migrant children without a court hearing or asylum interview since a federal judge ordered them to stop the practice,” CBS News reports.

John Harwood: “That sounds discordant since many Americans believe the economic fable that Trump has repeated relentlessly throughout his term. But placing his bottom-line results alongside those of his predecessors paints a deeply unflattering portrait.”

“Alone among the 13 presidents since World War Two, Trump will exit the White House with fewer Americans employed than when he started. He will have overseen punier growth in economic output than any of the previous 12 presidents.”

“A subpoena seeking documents from Hunter Biden asked for information related to more than two dozen entities, including Ukraine gas company Burisma, according to a person familiar with a Justice Department tax investigation of President-elect Joe Biden’s son.” the AP reports.

“The breadth of the subpoena, issued Tuesday, underscores the wide-angle lens prosecutors are taking as they examine the younger Biden’s finances and international business ventures.”

“Joe Biden’s Justice Department-to-be has a Hunter Biden problem. The ongoing federal investigation into the president-elect’s son is already fueling debate among DOJ veterans about extraordinary steps Joe Biden’s yet-to-be-named attorney general may have to take to insulate the department from the appearance of political bias,” Politico reports.

“In addition to the Hunter investigation, Joe Biden’s attorney general will confront tricky questions about how to handle lingering probes of President Donald Trump and his associates, as well as navigate the landmines left by the outgoing administration — including a special counsel probe into the origins of the Trump-Russia investigation.”

“President Trump was enraged by a Wall Street Journal scoop that Attorney General Bill Barr worked “for months” during the campaign to conceal the federal investigation of Hunter Biden,” Axios reports.

“The president is re-exploring options for replacing Barr, and Saturday morning tweeted this rebuke: ‘Why didn’t Bill Barr reveal the truth to the public, before the Election, about Hunter Biden?’”

“The fact that the Journal article was single-sourced made people close to the president suspect, despite not knowing, that it came directly from Barr — or from a sanctioned representative as a way to burnish his reputation with legal peers post-Trump.”

“President Trump has expressed interest in pursuing the appointment of a special counsel to investigate allegations of fraud in the November elections and issues related to Hunter Biden,” the Wall Street Journal reports.

“In recent days, the president has directed advisers to look for people who could serve in such a position, one of the people said, as lawsuits and other efforts by Mr. Trump and his campaign to reverse the election results founder. White House officials and allies of the president on Capitol Hill and elsewhere have also pushed for the appointment of a special counsel.”

“The prosecutor appointed by Attorney General Bill Barr to investigate the intelligence community’s handling of the Russia probe has been searching for evidence that FBI agents mishandled classified information,” Politico reports.

“John Durham, whose investigation began in early 2019, has specifically zeroed in on records belonging to Christopher Steele, the British former MI6 officer and longtime FBI source. Four years ago, Steele alerted the bureau to information he had collected about the Trump campaign’s ties to Russia in the course of opposition research paid for by Democrats. Steele’s dealings with the FBI have been a source of great consternation and speculation among Republicans, all the way up to President Trump.”

President-elect Joe Biden offered Atlanta Mayor Keisha Lance Bottoms a position in his Cabinet, but she did not accept it, the Atlanta Journal Constitution reports.

From a statement: “Mayor Keisha Lance Bottoms was honored to have been offered a role in the Cabinet, which she respectfully declined.”

“On Friday, there was wide speculation on social media based on a tweet from a reporter from another media outlet that Bottoms had been offered the opportunity to be the ambassador to the Bahamas, but turned it down… Several prominent Georgia Democrats have reported that Bottoms was in the running to lead the Small Business Administration, a Cabinet level post.”

BuzzFeed News: “Since May, a number of Facebook employees have quit, saying they were ashamed of the impact the company was having on the world or worried that the company’s inaction in moderating hate and misinformation had led to political interference, division, and bloodshed. Others have been fired for documenting instances of preferential treatment of influential conservative pages that repeatedly spread false information.”

“But in just the past few weeks, at least four people involved in critical integrity work related to reducing violence and incitement, crafting policy to reduce hate speech, and tracking content that breaks Facebook’s rules have left the company. In farewell posts obtained by BuzzFeed News, each person expressed concerns about the company’s approach to handling US political content and hate speech, and called out Facebook leadership for its unwillingness to be more proactive about reducing hate, incitement, and false content.”