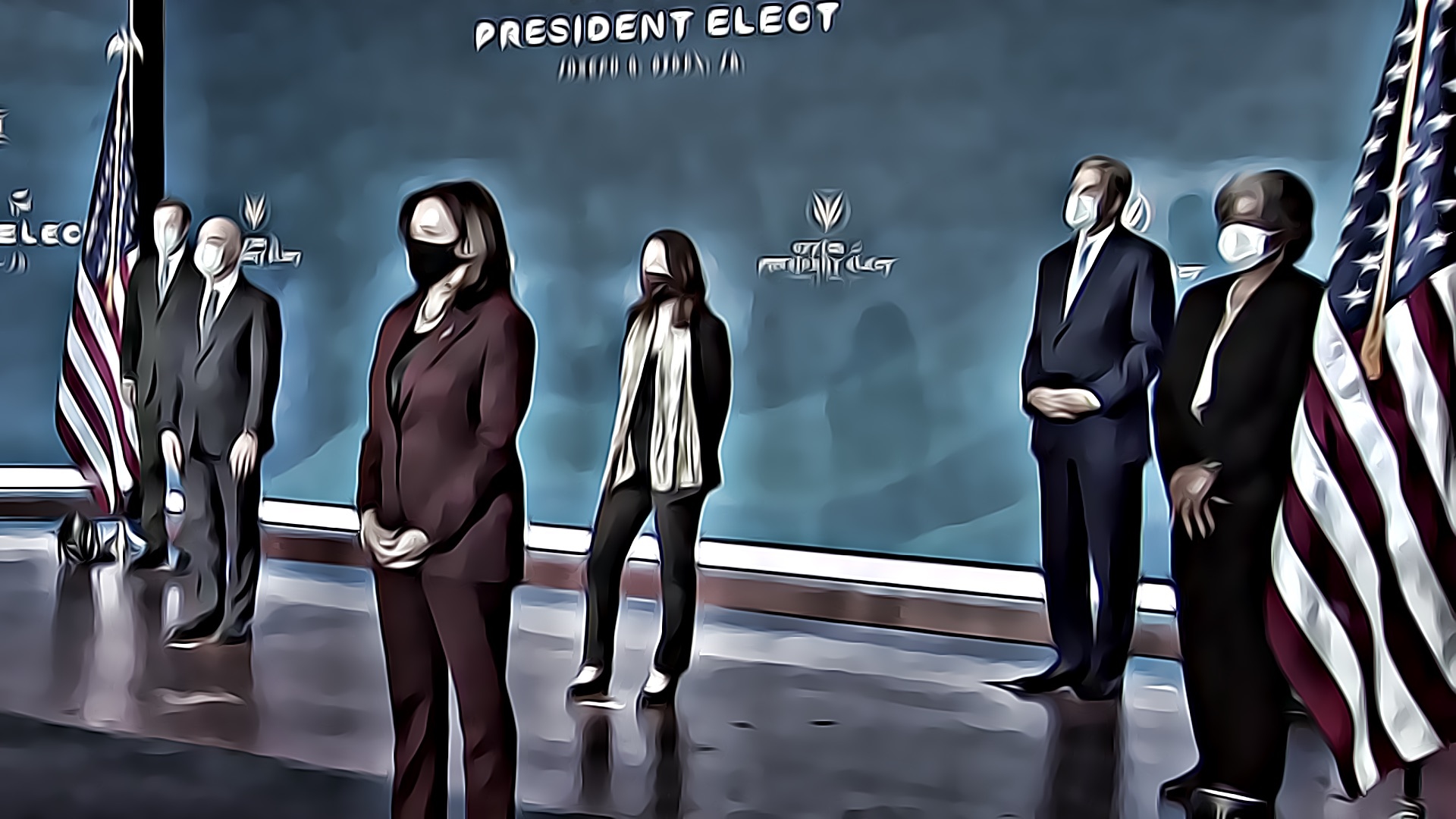 “By selecting Ms. Tai, now chief trade counsel for the Democrats on the House Ways and Means Committee, Mr. Biden would signal his intention to start working swiftly on pending trade issues while working closely with allies to confront growing economic competition from China.”

“Biden has tapped Obama’s former national security adviser Susan Rice to run the White House Domestic Policy Council,” Politico reports. “The director of the Domestic Policy Council is not a Senate-confirmed position. The Biden team had been looking to find a high-profile role for Rice, but the top domestic policy job comes as a surprise given her expertise and experience in foreign policy.”

Associated Press: “Though the council was created with the intention of being on par with the White House National Security Council, it traditionally has had a lower public profile, including for its directors. Rice is expected to be more of a force, both inside and outside the White House, and her appointment creates a new power center in the West Wing.”

“President-elect Joe Biden’s top advisers have asked at least one outside advocacy group for input about Sen. Doug Jones as a potential attorney general, one indication that his team is giving serious consideration to the Alabama Democrat as the nation’s top law enforcement official,” the Washington Post reports.

“Biden is not expected to make a decision this week, prolonging the debate both inside and outside his transition team over what will be one of the highest-profile roles in his administration. It has sent the wider legal and political worlds into a frenzy, with Biden’s close-knit advisers keeping a tight lid on their decision-making process amid widespread interest over who will lead a consequential department whose morale has plummeted under an assault from President Trump.”

My only critique: It’s Persons of the Year. Donnie must be really mad this morning.

Barack Obama told Jonathan Chait that while he didn’t keep a checklist, he did keep track of his policies Donald Trump either rolled back or tried to dismantle.

Said Obama: “I don’t have a checklist in my desk where I’m like, All right, this survived, that they tried to reverse but weren’t organized enough to do. I do pay attention. I have paid attention to those areas where what the Trump administration attempted to do did some serious damage and where it’s more of a short-term setback on what is a long-term success.”

More specifically, Obama said the Affordable Care Act “remains robust” but “when it comes to some of our climate-change regulations, there’s been some damage done.”

“The Federal Trade Commission and more than 40 states accused Facebook on Wednesday of becoming a social media monopoly by buying up its rivals to illegally squash competition, and said the deals that turned the social network into a behemoth should be unwound,” the New York Times reports.

“Federal and state regulators, who have been investigating the company for over 18 months, said in separate lawsuits that Facebook’s purchases, especially Instagram for $1 billion in 2012 and WhatsApp for $19 billion two years later, eliminated competition that could have one day challenged the company’s dominance.”

“McConnell’s staff informed House and Senate leadership staffers that the group’s attempts to marry $160 billion in state and local aid and a temporary liability shield probably won’t fly with most of the GOP.”

Playbook: “So, here’s the reality: Congress may be here for the entirety of this month. Speaker Nancy Pelosi this morning conveniently reminded us she isn’t leaving without a deal, and that we have all been here working after Christmas before.”

Ron Brownstein: “Republicans’ tolerance, if not active support, for President Trump’s ongoing bid to overturn the 2020 election has crystallized a stark question: Does the GOP still qualify as a small-d democratic party—or is it morphing into something very different?”

“Even with the Supreme Court still deciding whether to consider a last-ditch legal effort to invalidate the results from the key swing states, there appears little chance that Trump will succeed in subverting Joe Biden’s victory. But Trump’s failure on that front has obscured his success at enlisting a growing swath of his party to join his cause—a dynamic that is already prompting new Republican efforts to make it more difficult to vote and raising concerns about the party’s commitment to the basic tenets of Western democratic rules and conventions, including the peaceful transfer of power.”

“Republicans’ widespread enlistment in Trump’s efforts follows years in which officials have advanced hundreds of state-level measures making it more difficult to vote; engaged in extraordinary legislative maneuvering to deny former President Barack Obama the opportunity to fill a vacant U.S. Supreme Court seat; and have either looked the other way or abetted Trump in a series of actions shredding democratic norms, including attempting to weaponize the Postal Service, tilt the results of the census, and pressure the Justice Department to investigate his opponents.”

“Rand Paul is at it again,” Politico reports. “The Kentucky Republican is objecting to swift passage of the annual defense policy bill, effectively forcing senators to remain in Washington for an extra day as he filibusters the $740 billion legislation.”

The federal investigation into President-elect Joe Biden’s son Hunter has been more extensive than a statement from Hunter Biden indicates, Politico reports.

“In addition to Delaware, the securities fraud unit in the Southern District of New York also scrutinized Hunter Biden’s finances, according to the person with direct knowledge of the investigation. The person said that, as of early last year, investigators in Delaware and Washington were also probing potential money laundering and Hunter Biden’s foreign ties.”

“In addition to the probe into Hunter Biden, federal authorities in the Western District of Pennsylvania are conducting a criminal investigation of a hospital business in which Joe Biden’s brother James was involved. Federal officials have asked questions about James Biden’s role in the business.”

New York Times: “The tax issues came to the attention of F.B.I. agents after they opened the money laundering investigation into Hunter Biden’s financial affairs in late 2018, under the attorney general at the time, Jeff Sessions.”

Pfizer’s Covid-19 vaccine passed a critical milestone on Thursday when a panel of experts formally recommended that the Food and Drug Administration authorize the vaccine, the New York Times reports.

“Just one week after the United States broke a daily record for coronavirus deaths, it did so again on Wednesday, when officials across the country reported at least 3,011 new fatalities,” the New York Times reports.

The Trump administration repeatedly turned down the chance to order tens of millions of additional doses of Pfizer’s COVID-19 vaccine — even once we understood its effectiveness, The Daily reports.

Michael Barbaro: “Warning: you will be mad by the end of the episode.”

Jane Mayer profiles Sen. Dianne Feinstein (D-CA) and looks into the rumors of her cognitive decline, sometimes spread by her own staff.

“Speaking on background, and with respect for her accomplished career, they say her short-term memory has grown so poor that she often forgets she has been briefed on a topic, accusing her staff of failing to do so just after they have. They describe Feinstein as forgetting what she has said and getting upset when she can’t keep up.”

“Feinstein’s staff has said that sometimes she seems herself, and other times unreachable.”

Politico: “Because the coronavirus can linger on surfaces for multiple days, a team deployed by the General Services Administration will go over every part of the White House’s East and West Wings touched by human hands in the hours after Trump departs and Biden moves in.”

“That includes plans to ‘thoroughly clean and disinfect’ all furniture, doorknobs, handrails and light switches, before Biden and his team move in. Additionally, a private contractor will provide “disinfectant misting services” to clear the air of lingering droplets.”

Rep. Mike Johnson (R-LA) circulated an email, obtained by CBS News, from his personal account to GOP members Wednesday that asked them to sign on to a brief with the Supreme Court in support of a long-shot lawsuit filed by Texas seeking to delay certification of presidential electors in four battleground states won by President-elect Joe Biden.

“President Trump is shifting his focus to Congress after the courts roundly rejected his bid to overturn the results of the election, pressuring congressional Republicans into taking a final stand to keep him in power,” the Washington Post reports.

“Trump’s push is part of a multipronged approach as he also seeks to lobby state and federal lawmakers to give him cover for his unsubstantiated claims of widespread voter fraud, as well as rally support for a last-gasp legal challenge in the Supreme Court that election law experts almost universally dismiss.”

“President Trump and his friends have received coronavirus antibody treatments that are so scarce that some states and hospitals are giving them out via a lottery system,” Axios reports.

“Putting aside questions of medical ethics, these high-profile examples of successful coronavirus recoveries could give the impression that the virus is much less dangerous than it is — particularly because most patients won’t have access to the same game-changing treatment that these politicians did. Recipients, in addition to Trump himself, include Ben Carson, Chris Christie and Rudy Giuliani.”

“When Dr. Deborah Birx was brought into President Donald Trump’s orbit to help fight the coronavirus pandemic, she had a sterling reputation as a former U.S. Army physician, a globally recognized AIDS researcher and a rare Obama administration holdover,” the AP reports.

“Less than 10 months later, as Trump’s time in office nears its end, the White House coronavirus task force coordinator’s reputation is frayed. And after serving every president since Ronald Reagan, her future in the incoming Joe Biden administration is uncertain.”

“Birx has made clear that she wants to stick around to help the Biden administration roll out vaccines and persuade the American people to be inoculated. She has reached out to Biden advisers in recent days as she tries to make the case for a role in the incoming Democratic president’s virus response effort.”