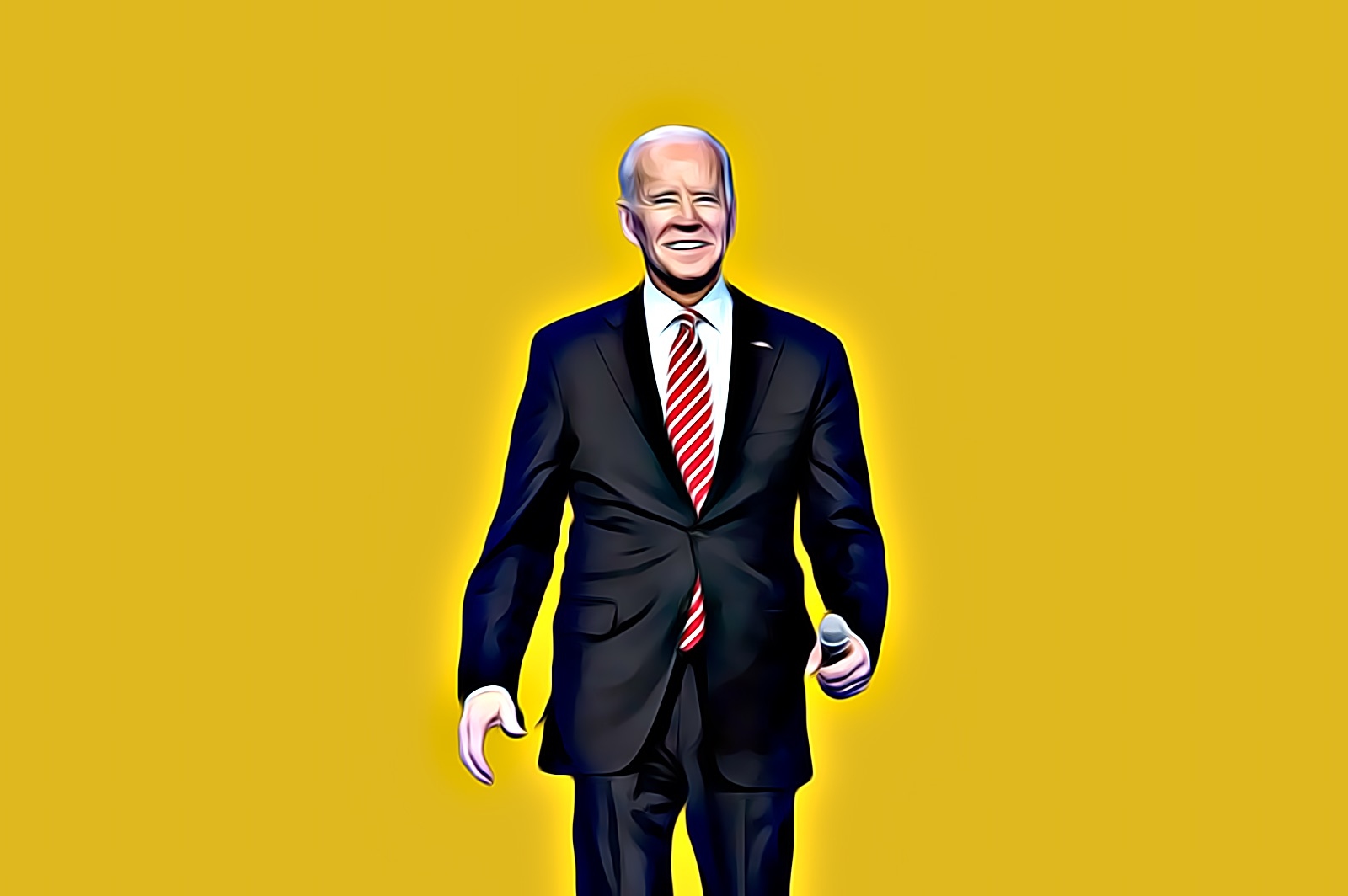 Politico has more on John Kerry’s role as President-elect Joe Biden’s point person for international climate matters and negotiations. Kerry will be on the National Security Council but he will work out of the State Department and Secretary of State nominee Antony Blinken, if confirmed, will be his boss.

Politico: “He’s been a national figure since his days as a Vietnam vet protesting the war. He carried his party’s banner in 2004. And as secretary of State, he negotiated a major nuclear deal involving the world’s most powerful countries.”

“Now John Kerry is reporting for duty as Joe Biden’s climate envoy, and the exact parameters of his new role remain undefined, raising concerns that he might create confusion and complicate the Biden administration’s diplomatic lines of effort.”

“Trump recently told one adviser he was going to pardon ‘every person who ever talked to me,’ suggesting an even larger pardon blitz to come. As with most Trump conversations, the adviser wasn’t sure how seriously to take the president — although Trump gave no indication he was joking.”

“The president relishes his unilateral authority to issue get-out-of-jail-free cards. Lately, though, he’s been soliciting recipients, asking friends and advisers who they think he should pardon.”

“Ivanka Trump and Jared Kushner have splashed out on a $30 million-plus dollar lot of land on Miami’s uber-swanky and high-security Indian Creek Island — known as the ‘Billionaire’s Bunker’ — the New York Post reports.

“Ahead of President Trump’s exit from the White House, the couple is busy making plans for life after D.C. and have viewed numerous properties and lots of land in the Miami and Palm Beach area.”

Margaret Keenan, the 90-year-old grandmother who became the first person in the world to receive the Pfizer COVID-19 vaccine outside of a trial in Britain on Tuesday, has a message for others: “go for it” to beat the devastating disease, Reuters reports.

A Trump administration official told CNN it was a mistake not to leave the door open to purchase more Pfizer vaccine doses earlier this summer. The official added that the U.S. simply may have to hope that the other vaccines being produced by other companies are just as effective as the Pfizer doses.

“The chief scientist of the Trump administration’s Operation Warp Speed was unable to explain President Trump’s latest executive order Tuesday, which aims to prioritize shipment of the coronavirus vaccine to Americans over other countries,” Politico reports. Said Moncef Slaoui: “Frankly, I don’t know, and frankly, I’m staying out of this. I can’t comment. I literally don’t know.”

“The coronavirus vaccine made by Pfizer and BioNTech provides strong protection against Covid-19 within about 10 days of the first dose, according to documents published on Tuesday by the Food and Drug Administration before a meeting of its vaccine advisory group,” the New York Times reports.

“The finding is one of several significant new results featured in the briefing materials, which include more than 100 pages of data analyses from the agency and from Pfizer.”

“What’s more, the vaccine worked well regardless of a volunteer’s race, weight or age. While the trial did not find any serious adverse events caused by the vaccine, many participants did experience aches, fevers and other side effects.”

The vaccine “appears to be on the cusp of regulatory clearance,” according to the Washington Post.

“Joe Biden’s plan to nominate retired Gen. Lloyd Austin to serve as Defense secretary will set off an explosive fight in the Democratic Party about civilian control of the military,” Axios reports.

“Many Democrats have been horrified by what they saw as politicization and the erosion of civilian control of the military under President Trump, and they put the Biden team on notice that Austin wouldn’t be guaranteed the congressional waiver he needs to serve.”

James Hohmann: “Several Senate Democrats spoke quite eloquently four years ago about the need for civilian control of the military as they opposed a special waiver to a federal law requiring that a secretary of defense be out of uniform for at least seven years to be eligible for the job.”

“All of them insisted that their objections were principled and had nothing to do with President-elect Donald Trump or retired Marine Gen. Jim Mattis, his nominee.”

“President-elect Joe Biden’s selection of retired Army Gen. Lloyd Austin to be secretary of defense will offer an early and crucial test for Democrats who opposed Mattis’s waiver. Now that a Democrat will be in the White House, we will get to gauge the sincerity of their supposed convictions.”

Jonathan Bernstein: “I tend to agree with the critics, but the real question is how Biden proceeds. In some ways, this will begin to establish his professional reputation as president.”

“A federal judge dismissed Michael Flynn’s prosecution Tuesday after President Trump’s pardon, but said the act of clemency does not mean the former national security adviser is innocent of lying to FBI agents about his talks with the Russian government before Trump took office,” the Washington Post reports.

“In formally ending Flynn’s three-year legal saga, U.S. District Judge Emmet Sullivan said he probably would have denied the Justice Department’s controversial effort this year to drop the case, which Democrats and many legal experts said appeared to be an attempt by Attorney General William Barr to bend the rule of law to help a Trump ally.”

“The pardon clause’s language is broad indeed, unambiguously allowing the president to pardon seemingly any other person convicted for any federal criminal offense. But its language does not unambiguously include the president himself. Had the Framers intended to give the president such broad power, we would expect them to have clearly said so. After all, the new nation was in the process of rejecting a monarchical government in favor of a democratic republic.”

“Instead, the words they chose to confer the pardon power on the president contemplate his granting of reprieves and pardons only to persons other than himself. The word ‘grant’ connotes a gift, bestowal, conferral or transfer by one person to another — not to himself. That would have been the understanding of this word at the time of the Constitution’s drafting, and it is how the term ‘grant’ was understood and is used elsewhere in the Constitution.”

“A Trump appointee with a short but controversial record of overseeing Voice of America and other federally funded news agencies has declined to cooperate with President-elect Joe Biden’s representatives as they seek access to records and personnel,” the Washington Post reports.

The Arizona Legislature will be closed all next week after at least 15 current or future Republican legislators may have been directly exposed to COVID-19 by meeting with Rudy Giuliani, the Arizona Capitol Times reports.

“Tens of millions of people in Southern California, the San Joaquin Valley and the San Francisco Bay Area will find themselves under new stay-at-home orders this week in an effort to slow the spread of Covid-19 and prevent hospitals from being overrun,” CNN reports.

“Roughly 33 million of California’s 39 million residents, about 85% of the nation’s most populous state, will be under the orders beginning Sunday evening.”

“Congressional earmarks, once symbols of political corruption and profligate spending, could be primed for a comeback on Capitol Hill a decade after they were eliminated,” USA Today reports.

“Key leaders on Capitol Hill say it’s time to end the moratorium provided that rules requiring transparency ensure only legitimate projects make the cut. They also say return of earmarks would help build public support for Congress to pass more bills, including a COVID-19 stimulus package or a massive infrastructure bill, if they know there’s something that would benefit them directly.”

“A doctor who is skeptical of coronavirus vaccines and promotes the anti-malaria drug hydroxychloroquine as a Covid-19 treatment will be the lead witness at a Senate Homeland Security and Governmental Affairs Committee hearing on Tuesday, prompting criticism from Democrats who say Republicans should not give a platform to someone who spreads conspiracy theories,” the New York Times reports.