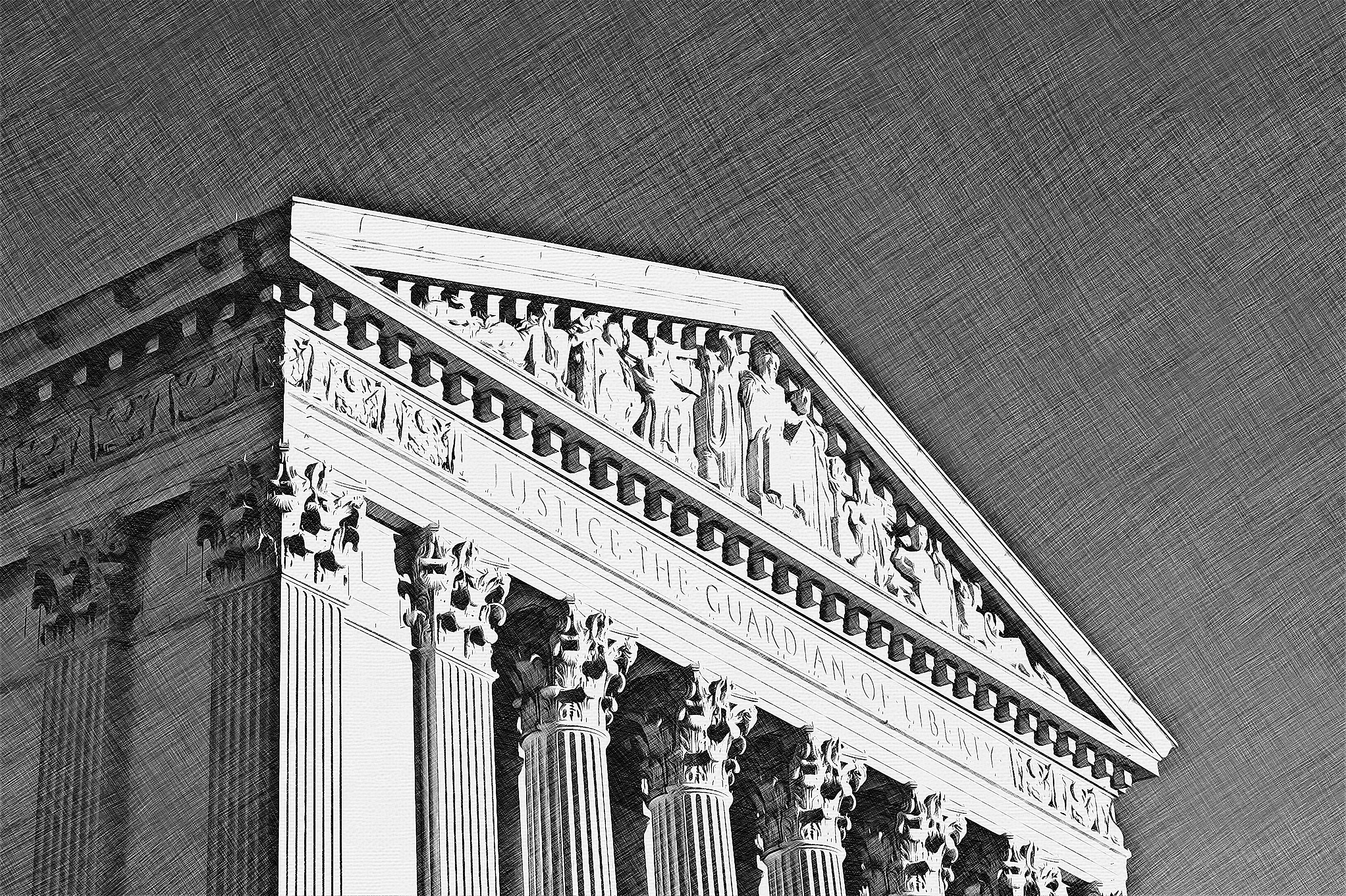 The Supreme Court turned down a request by Rep. Mike Kelly (R-PA) to block Pennsylvania from certifying results of presidential election, according to Amy Howe.

Washington Post: “The court’s brief order provided no reasoning, nor did it note any dissenting votes. It was the first request to delay or overturn the results of the presidential election to reach the court.”

With that news, it would seem that Texas Attorney General Ken Paxton (R)’s lawsuit has no chance. He “is suing four battleground states — Georgia, Michigan, Pennsylvania and Wisconsin — whose election results handed the White House to President-elect Joe Biden,” the Texas Tribune reports.

“In the suit, he claims that pandemic-era changes to election procedures in those states violated federal law, and asks the U.S. Supreme Court to block the states from voting in the Electoral College.”

“President Trump’s effort to snatch a second term through a series of state and federal court challenges has been flaming out for weeks. Now, the calendar has all but extinguished it,” Politico reports.

USA Today: “Tuesday marks the so-called safe harbor deadline. Federal law requires that Congress recognize the slates of electors chosen by states that have resolved election disputes by this date.”

“The deadline comes as the Trump campaign has lost a barrage of court challenges in Michigan, Pennsylvania, Wisconsin, Georgia, Arizona and Nevada – each battleground states President-elect Joe Biden won – seeking to overturn the Nov. 3 presidential election.”

“President Trump called the speaker of the Pennsylvania House of Representatives twice during the past week to make an extraordinary request for help reversing his loss in the state, reflecting a broadening pressure campaign by the president and his allies to try to subvert the 2020 election result,” the Washington Post reports.

“The calls, confirmed by House Speaker Bryan Cutler’s office, make Pennsylvania the third state where Trump has directly attempted to overturn a result since he lost the election to President-elect Joe Biden.”

“It’s completely unacceptable and it’s not going to work and the president should give up trying to get legislatures to overturn the results of the elections in their respective states.”  — Sen. Pat Toomey (R-PA), quoted by the Philadelphia Inquirer, on President Trump’s attempts to overturn the election.

“There are concerns about the potential for another White House superspreader event, though it was unclear whether Ellis posed a risk when she attended.”

“Georgia Gov. Brian Kemp (R) issued a stern reminder to Georgia’s state legislators about the limits of their powers Monday, specifically in regards to a push by six members of the Georgia General Assembly to convene a special session to select a separate slate of presidential electors,” USA Today reports.

“The Senate Leadership Fund, a super PAC affiliated with Senate Majority Leader Mitch McConnell, is overseeing the Peachtree PAC, a new political action committee that emerged in recent days to shape the US Senate runoffs in Georgia,” CNN reports.

“The group will spend $43 million in new television and radio ad spending. That’s on top of the roughly $80 million that the McConnell-aligned political organization already has committed to spend through the Senate Leadership Fund and American Crossroads.”

New York Times: “As Georgians prepare to vote in two runoffs next month that will decide control of the Senate, there is little mystery as to which of the two Democratic candidates G.O.P. officials want to elevate as a target as they try to rouse their base: the Rev. Raphael Warnock, who is running against Georgia’s other Republican senator, Kelly Loeffler.”

“Ms. Loeffler made plain the Republican strategy when she called Mr. Warnock a “radical liberal” 13 times in their debate on Sunday evening. She repeatedly invoked his past criticism of police officers and a sermon in which he once said that “nobody can serve God and the military,” a theme that has roots in biblical passages.”

“Her plan of attack followed a similar portrayal by President Trump during his rally on Saturday in Valdosta, Ga., where Republicans played a video that likened Mr. Warnock to the Rev. Jeremiah Wright, the Chicago pastor whose comments drew scrutiny to his relationship with Barack Obama in the 2008 campaign.”

Sen. Marco Rubio (R-FL) told Florida Politics he will run for reelection in 2022 and that he thinks Donald Trump will clear the field if he runs for president in 2024.

Said Rubio: “If he decides to run, I think what it means is that Donald Trump will be the next Republican nominee… I still have work to do in the U.S. Senate… I have every intention of being on that ballot in November of 2022.”

Said Dobbs: “Why don’t you guys jump and salute Ted Cruz and say, ‘Yes, we want you on the team’ now? My God, this is not a time for internecine nonsense on the part of the Republican Party, which is watching its blood drain into the streets because they’re gutless!”

The exchange is worth watching.

Sen. Tom Cotton (R-AR) was asked twice if he supports Donald Trump running for president again in 2024 but he declined to answer, the Wall Street Journal reports.

Said Cotton: “Let’s put one election on the books before we start worrying about two elections out.” Cotton, who aspires to be president, also said he didn’t think Trump would freeze the 2024 field.

“Since his reelection loss, President Trump has launched a campaign against Fox News and encouraged his allies to tune into more extreme conservative news outlets such as Newsmax and One America News. Trump still harbors a grudge after Fox News called states and the presidency for Joe Biden, and he has expressed admiration for Newsmax and OAN’s more credulous coverage of his baseless voter-fraud allegations,” the Washington Post reports.

“A new survey suggests it’s having an impact. The survey from Gallup and the Knight Foundation shows an increase in the number of Americans who name Newsmax and OAN as being among two to three news sources they rely most upon.”

Outgoing Democratic Rep. Joe Cunningham, who unexpectedly lost a difficult re-election bid for South Carolina’s 1st Congressional District last month, declined to rule out a bid for governor in 2022, telling the Post & Courier of his future plans, “It’s good to take some time and assess things. That’s not a decision I can make right now.” Republican Gov. Henry McMaster has said he will seek a second full term.

A New York judge is wading through the electoral “errors and delays” that have marred the race between Rep. Anthony Brindisi (D) and former Rep. Claudia Tenney (R), one of the last remaining uncalled races in the country, the Syracuse Post-Standard reports.