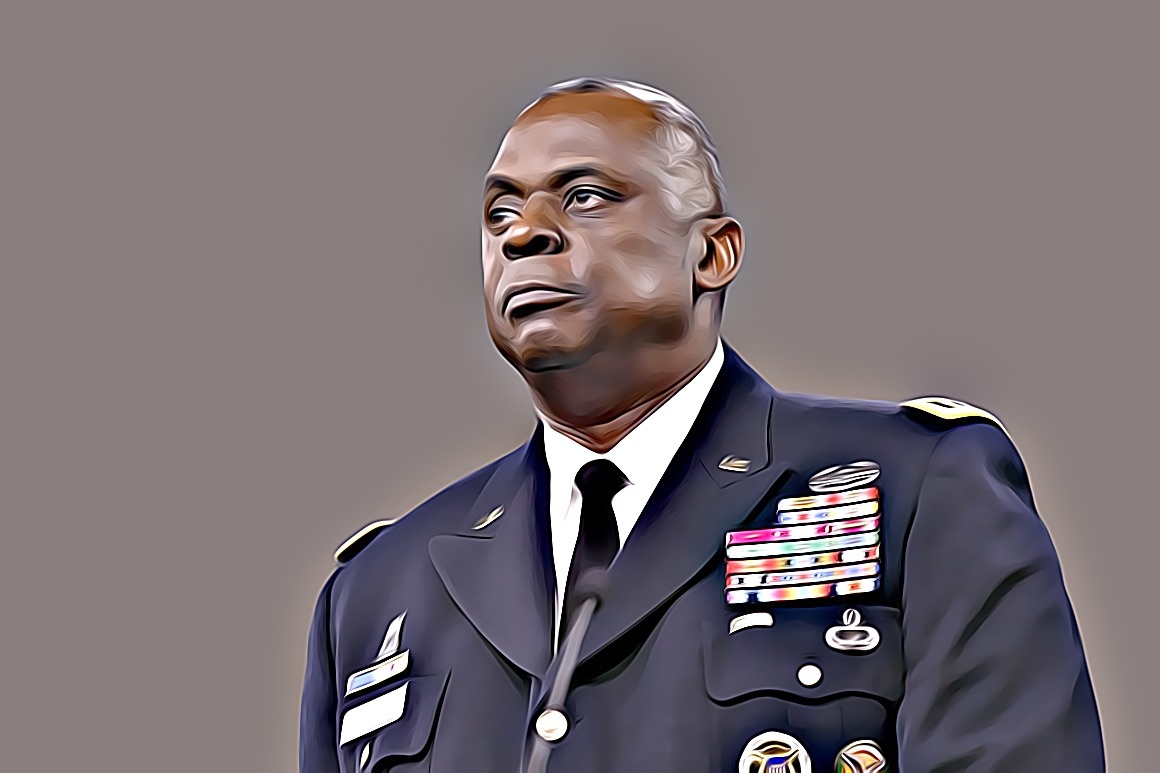 “Trump administration officials passed when Pfizer offered in late summer to sell the U.S. government additional doses of its Covid-19 vaccine,” the New York Times reports. “Now Pfizer may not be able provide more of its vaccine to the United States until next June because of its commitments to other countries.”

Both Pfizer and Moderna, the two major drug manufacturers likely to receive emergency authorizations for a Covid-19 vaccine in the coming weeks, have rejected invitations from President Trump to appear at a White House “Vaccine Summit” on Tuesday, Stat reports.

Bloomberg says the three-hour summit is scheduled to be held indoors, despite a raging pandemic.

New York Times: “President-elect Joseph R. Biden Jr. is expected to nominate retired Gen. Lloyd J. Austin III, a former commander of the American military effort in Iraq, to be the next secretary of defense, according to two people with knowledge of the selection. If confirmed by the Senate, General Austin would make history as the first African-American to lead the country’s 1.3 million active-duty troops and the enormous bureaucracy that backs them up.

General Austin, 67, was for years a formidable figure at the Pentagon, and is the only African-American to have headed U.S. Central Command, the military’s marquee combat command, with responsibility for Iraq, Afghanistan, Yemen, Syria — most of the places where the United States is at war. […]

In choosing General Austin, Mr. Biden bypassed Michèle A. Flournoy, a former top Obama administration Defense Department official, who would have been the first woman in the job.

Like Jim Mattis, who was President Trump’s first defense secretary, General Austin would have to get a congressional waiver to serve, since he has been out of the military for only four years and American law requires a seven-year waiting period between active duty and becoming Pentagon chief.”

Senate Republicans are already preparing their talking points against Xavier Becerra, who will be nominated as President-elect Joe Biden’s health secretary, the Washington Post reports. “A senior Republican aide on Capitol Hill said Sunday night that the GOP plans to focus on Becerra’s support for Medicare-for-all and whether he truly has expertise in health-care policy.”

“President-elect Joe Biden is leaning toward picking former Agriculture Secretary Tom Vilsack to return as head of the USDA, turning to a longtime ally over several other more diverse candidates who have been jockeying for the role,” Politico  reports.

New Mexico Gov. Michelle Lujan Grisham (D) will not be leaving for a Cabinet position in President-elect Joe Biden’s administration, the Biden transition team and the governor herself said Sunday, the Albuquerque Journal reports.

Wall Street Journal: “Environmental Protection Agency Administrator Andrew Wheeler has decided to retain current standards for soot pollution, saying those standards are sufficient despite research suggesting that tougher standards could save lives. The move retains standards on soot, or fine-particle pollution, adopted in 2012 that set limits at 12 micrograms per cubic meter of air.”

Playbook: “It’s now certain that Congress is going to pass a one-week stopgap funding bill, which will avert a shutdown at the end of this week, and give negotiators time to continue to try to cobble together an omnibus bill and Covid relief package. (Covid relief has really a tricky path. As does an omni.)”

“The House will vote first on the one-week stopgap Wednesday. The Senate wants the continuing resolution ASAP to avoid any uniquely senatorial drama — they prefer Tuesday.”

“What’s this all mean? The drama of this week now leaks into next. You mean you didn’t want to be thinking about government funding a few days before Christmas?”

Playbook: “Whether Congress eventually settles on a 12-bill omnibus or a three-month stopgap is still not clear. At this point, it seems like a three-month CR or something of that nature is becoming more likely. This would create a natural deadline in March for funding/another Covid relief bill. There seems to be a lot of disagreement about an omni at this point — but no one is ruling anything out.”

First Read: “Either it passes, and serves as a template for how other legislation can clear Congress — i.e., a bipartisan working group (Joe Manchin, Angus King, Mark Warner, Susan Collins, Mitt Romney, Bill Cassidy) reaches a deal, and Nancy Pelosi’s House Democrats and Joe Biden get behind it.”

“Or it ultimately goes nowhere, and serves as a stark warning that little is happening legislatively in divided Washington — unless Democrats can win control of the Senate in next month’s Georgia runoffs.”

“Sen. Josh Hawley (R-MO) is not happy that the leading coronavirus proposals lack another round of direct payments to Americans — and he’s taking his case straight to President Trump,” Politico reports.

“The Missouri Republican lobbied Trump to veto any coronavirus aid bill that does not contain a second tranche of checks to Americans in a phone call on Saturday. And Hawley said the president listened intently as he flew home on Air Force One from a rally in Georgia.” He joins a host of progressive Democrats in the House and Bernie Sanders in the Senate. Welcome to socialism, Josh. 😉

“The Supreme Court declined Monday to take up an appeal from parents in Oregon who want to prevent transgender students from using locker rooms and bathrooms of the gender with which they identify, rather than their sex assigned at birth,” the AP reports.

Former Alabama state Sen. Larry Dixon (R), who also served as the executive director of the Alabama Board of Medical Examiners, died from Covid-19 on Dec. 4, NBC News reports. His wife said his last words were: “We messed up, we let our guard down. Please tell everybody to be careful. This is real, and if you get diagnosed, get help immediately.”

“Millions of Americans who lost their jobs during the pandemic have fallen thousands of dollars behind on rent and utility bills, a warning sign that people are running out of money for basic needs,” the Washington Post reports.

“Nearly 12 million renters will owe an average of $5,850 in back rent and utilities by January, Moody’s Analytics warns.”

Armed protesters demanding that President Trump’s election loss is overturned gathered outside Michigan Secretary of State Jocelyn Benson’s (D) home this weekend to shout obscenities at her and her 4-year-old son, the Detroit Free Press reports.

President Trump, who hasn’t left the White House extensively other than his rally over the weekend, is currently planning to go to West Palm Beach the week before Christmas, the New York Times reports.

Some of his associates believe he may spend the remaining five weeks of the first term in Florida, while others say that was discussed but isn’t likely.

“Elizabeth Warren is not going to be treasury secretary. Bernie Sanders seems unlikely to lead the Labor Department. And progressives have so far failed to persuade President-elect Joe Biden to put their favored candidates in top jobs for his administration,” NBC News reports.

“But they appear to have succeeded in making enough noise to keep out their biggest foes, at least for now.”

Associated Press: “As Donald Trump’s presidency winds down, his administration is ratcheting up the pace of federal executions despite a surge of coronavirus cases in prisons, announcing plans for five starting Thursday and concluding just days before the Jan. 20 inauguration of President-elect Joe Biden.”

“If the five go off as planned, it will make 13 executions since July when the Republican administration resumed putting inmates to death after a 17-year hiatus and will cement Trump’s legacy as the most prolific execution president in over 130 years. He’ll leave office having executed about a quarter of all federal death-row prisoners, despite waning support for capital punishment among both Democrats and Republicans.”

“State police brandishing firearms raided the home of Rebekah Jones, the former Department of Health data scientist who built the state’s much-praised COVID-19 dashboard before being fired over what she said was refusing to ‘manipulate data,’” the Tallahassee Democrat reports.

“Jones — who launched her own COVID-19 dashboard after she was fired, and used crowdsourcing to raise money to support it — said the agents knocked on her door around 8:30 a.m. that morning, took all her ‘hardware and tech’ after showing her a warrant based on a complaint filed by the Florida Department of Health.”

“Attorney General William Barr is considering stepping down before President Trump’s term ends next month, according to three people familiar with this thinking. One said Mr. Barr could announce his departure before the end of the year,” the New York Times reports.

“It was not clear whether the attorney general’s deliberations were influenced by Mr. Trump’s refusal to concede his election loss or his fury over Mr. Barr’s acknowledgment last week that the Justice Department uncovered no widespread voting fraud. In the ensuing days, the president refused to say whether he still had confidence in his attorney general.”

“Multiple House lawmakers, including the top Democrat and Republican on the House Armed Services Committee, have said they will cut their holiday short if necessary to override a veto by President Donald Trump of the National Defense Authorization Act,” CNN reports.

“There’s talk within Bidenworld of the president-elect ditching the typical flourish of arriving in Washington on an Air Force plane, pulling in instead on the same Amtrak train he rode to and from Delaware for 30 years as a senator,” Axios reports.

“President Trump is considering a made-for-TV grand finale: a White House departure on Marine One and final Air Force One flight to Florida for a political rally opposite Joe Biden’s inauguration,” Axios reports.

“The former network star is privately discussing using his waning powers as commander in chief to order up the exit he wants after dissing Biden by refusing to concede the election, welcome him to the White House or commit to attending his inauguration.”

“Immediately announcing he is running for re-election in 2024 would set up four years of Trump playing Biden’s critic-in-chief.”