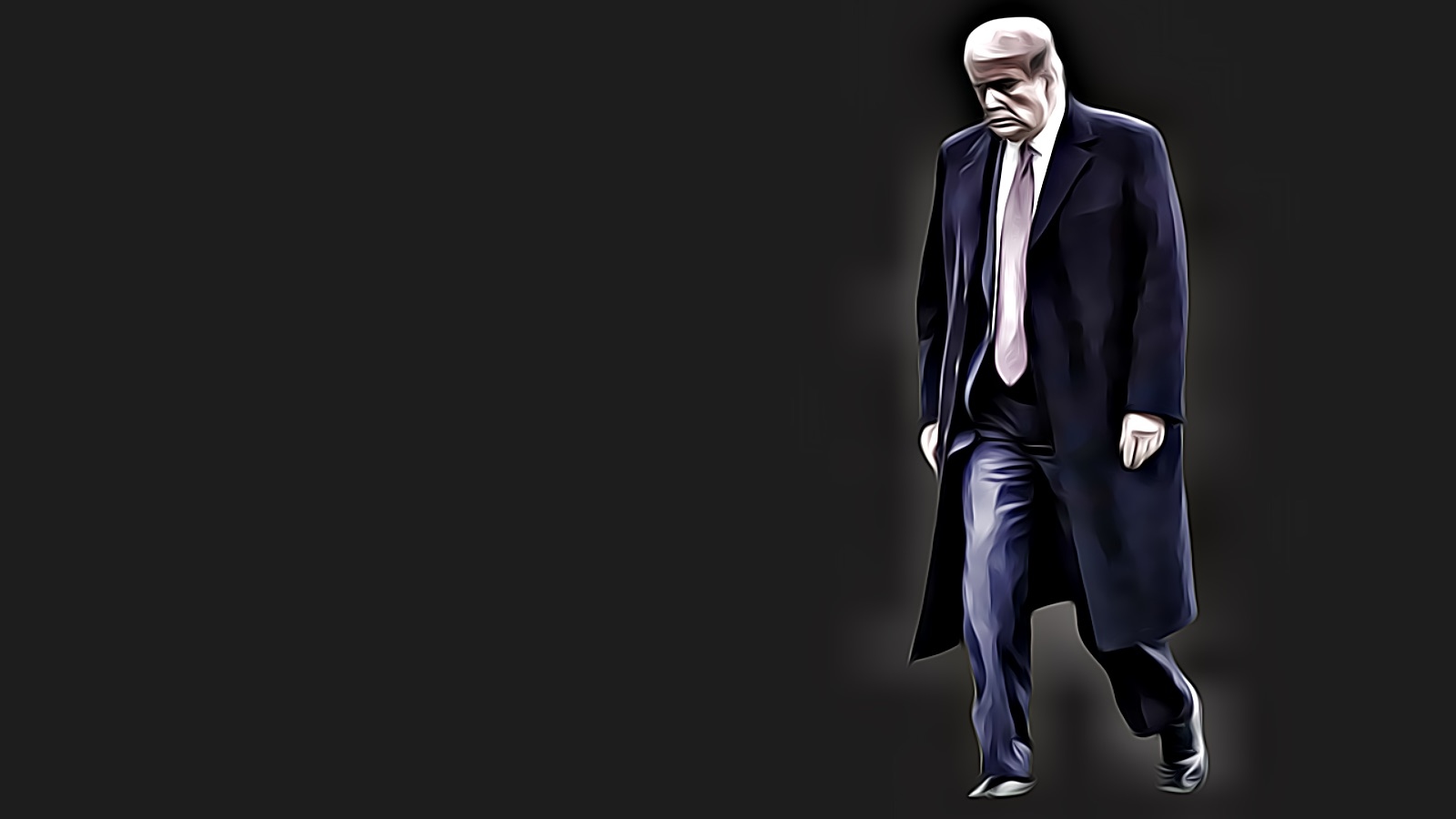 A Georgia Superior Court judge rejected a pro-Trump election lawsuit because the attorneys didn’t pay the proper filing fee or fill out the paperwork correctly, the Atlanta Journal Constitution reports.

A federal judge has rejected a last-minute push by Michigan Republicans who sought an emergency order to overturn President-elect Joe Biden’s victory in the state, saying the effort aimed to “ignore the will of millions of voters,” the Detroit News reports.

Politico: “In interviews with more than two dozen voters in the state over the weekend, not a single person told Politico they thought Joe Biden won the election, despite two recounts in Georgia and elections being certified in enough states for him to be above 270 electoral college votes. … But all of the voters said they planned to vote again on Jan. 5, heeding calls from Trump, Pence and most every other Republican to show up again.”

Ossoff excoriates Perdue in a new ad for “doing nothing” to alleviate the pandemic and “blocking relief for the rest of us.” Warnock, meanwhile, holds aloft a photo of his father, an Army veteran born in 1917 who served in World War II, calling him his “hero.” Warnock blasts Loeffler for “taking my words out of context to try and fool you into believing that I don’t respect members of the military, like my own father.”

FiveThirtyEight: “We don’t have a ton of polls of these runoffs yet, but FiveThirtyEight is rolling out its polling averages for both of the contests today to help everyone keep tabs on where things stand…”

“And based on the initial wave of polls conducted since the Nov. 3 general election, both runoff races look very close. In the regularly scheduled Senate race, Republican Sen. David Perdue is roughly tied with Democrat Jon Ossoff, while in the special election, Democrat Raphael Warnock holds a narrow lead over Republican Sen. Kelly Loeffler.”

AdImpact reports that total ad spending across both runoffs has reached $315 million, with $170 million of that devoted to the special election. In that contest, Warnock has outspent Loeffler $60 million to $45 million so far, but outside GOP groups have spent $53 million versus just $13 million for Democrats.

However, as AdImpact notes, the difference between the third-party spenders is “misleading.” That’s because at least one large Republican super PAC, American Crossroads, has spent $44 million on ads that will run straight through Jan. 5. Democratic groups, by contrast, have all booked airtime on a week-by-week basis.

Georgia U.S, Senate candidate Jon Ossoff (D) tweeted a chicken emojiafter Sen. David Perdue (R) didn’t show up for their scheduled debate saying Perdue’s “handlers won’t let him debate because he could incriminate himself on the Cardlytics emails, the submarine stock trades, or the Regions Bank deal — that alone is disqualifying.”

Said McEnany: “You have the power to call in a special legislative session because right now if we lose these two Senate seats, guess whose casting the deciding vote in this country for our government? It will be Kamala Harris.”

“There is a sense developing within Donald Trump’s legal team and what remains of his campaign staff that their efforts to overturn or delay the results of the election are coming to an end,” CNN reports.

“Following the news of Rudy Giuliani’s coronavirus hospitalization, staffers only speculated further that it’s a matter of time before their legal efforts come to a halt completely. “

New York Times: “With most of the slow-to-report votes tallied, we finally have a clearer picture of last month’s presidential results. Despite the high polarization in the country that carried over to the reaction to the results — with 70 percent to 80 percent of Republicans still saying they disbelieve that Joe Biden won — in some respects the vote itself was less polarized than in 2016.”

“Compared with 2016, in 2020 there was less difference by race or ethnicity, and urban areas and suburban areas voted more alike. But the economic and education partisan divides widened. Mr. Biden gained in well-educated suburbs and exurbs, often in places that have tended to vote Republican in recent decades, like the Atlanta, Dallas and Phoenix areas.”

“President Trump’s staunchest defenders on Capitol Hill are urging him not to concede even after President-elect Joe Biden wins the Electoral College vote next week, calling on their party’s leader to fight for his unsubstantiated claims of widespread election fraud all the way to the House floor in January,” CNN reports.

“The view of Trump’s defenders is at odds with that of many top congressional Republicans, including leaders of the Senate, who believe the election will be over next Monday when electors cast their votes and make Biden’s win official — even though the Democrat’s victory in the presidential race has been clear for weeks.”

Raffensperger drew parallels between Abrams’ refusal to concede her loss in the 2018 gubernatorial race to Brian Kemp: “After four years of relentless attacks on the integrity of elections by the most significant mainstream media outlets and pundits, it should come as no surprise that Americans have trouble believing the results of even the most secure elections.”

Wall Street Journal: “In an interview at his State Department office, Mr. Pompeo said he and his wife, Susan, aim to return at some point to Kansas to be with friends, family and their church community. As a congressman, he represented the state’s Fourth District for six years. … [L]ongtime supporters see Mr. Pompeo leveraging his national and international stature for a future run for governor, U.S. senator or, one day, president or vice president.”

“Pompeo plans to deliver a speech extolling the Trump administration’s foreign policy this week in Georgia, ahead of key Senate run-off elections in the state that will determine control of the upper chamber of Congress,” the AP reports.

“Pompeo, who is widely seen as a contender for the 2024 GOP presidential nomination, has been heavily criticized for departing from the traditionally non-partisan role of the nation’s top diplomat by making appearances that have political overtones over the past several months. Most notably, those include a video address to the Republican National Convention in August that he taped during a trip to Israel.”

Zeynep Tufekci: “In political science, the term coup refers to the illegitimate overthrow of a sitting government—usually through violence or the threat of violence. The technical term for attempting to stay in power illegitimately—such as after losing an election—is self-coup or autocoup—sometimes autogolpe.”

“Much debate has ensued about what exactly to call whatever Trump is attempting right now, and about how worried we should be. It’s true, the whole thing seems ludicrous—the incoherent lawsuits, the late-night champagne given to official election canvassers in Trump hotels, the tweets riddled with grammatical errors and weird capitalization. Trump has been broadly acknowledged as ‘norm shattering’ and some have argued that this is just more of his usual bluster, while others have pointed out terminological issues with calling his endeavors a coup. Coup may not quite capture what we’re witnessing in the United States right now, but there’s also a danger here: Punditry can tend to focus too much on decorum and terminology, like the overachieving students so many of us once were, conflating the ridiculous with the unserious. The incoherence and the incompetence of the attempt do not change its nature, however, nor do those traits allow us to dismiss it or ignore it until it finally fails on account of its incompetence.”

“Even before the final votes in the 2020 election were tallied, President Donald Trump sent his attorneys to court alleging voter fraud,” NBC News reports.

“When it became clear that he had lost to President-elect Joe Biden, his claims — and his campaign’s court filings — accelerated. Trump attacked cities with large shares of Black voters, who had come out in force for Biden, while his lawyers baselessly alleged a global conspiracy and filed dozens of suits in six states.”

“The legal strategy failed in court after court — not a single incident of voter fraud has been proven in the lawsuits — but experts warn the narrative is laying the groundwork for disenfranchisement of voters across the country.”

Maryland Gov. Larry Hogan (R) released a video on Monday calling for the Republican Party to chart a new path forward in the years ahead.