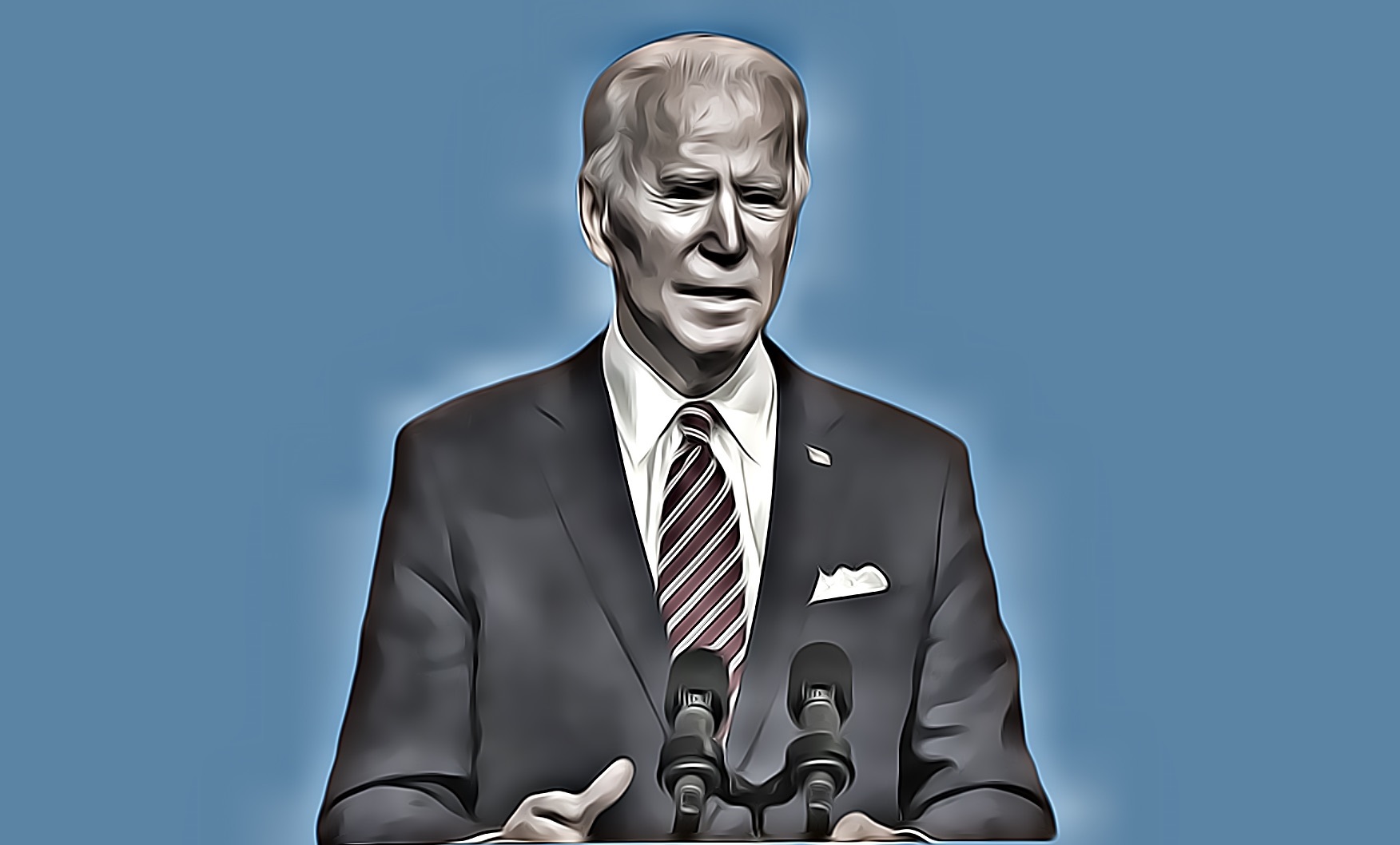 “Joe Biden said Thursday that he will ask Americans to commit to 100 days of wearing masks as one of his first acts as president, stopping just short of the nationwide mandate he’s pushed before to stop the spread of the coronavirus,” the AP reports.

The Centers for Disease Control is recommending “universal mask use” outside people’s homes as part of guidance published Friday aimed at slowing the spread of the coronavirus as the nation braces for what is expected to be the darkest period of the pandemic, the Washington Post reports. This is the first time the agency has advocated for universal mask use indoors.

“U.S. hospitals slammed with COVID-19 patients are trying to lure nurses and doctors out of retirement, recruiting students and new graduates who have yet to earn their licenses and offering eye-popping salaries in a desperate bid to ease staffing shortages,” the AP reports.

“Across the U.S., hospitals are converting cafeterias, waiting rooms, even a parking garage to patient treatment areas. Some states are opening field hospitals. But that does nothing to ease the staffing shortage, especially in rural areas where officials say many people aren’t taking basic precautions against the virus.”

California Attorney General Xavier Becerra has emerged as a key contender to lead the Department of Health and Human Services, CNN reports.

“The HHS secretary position has been a source of intrigue and confusion this week, with New Mexico Gov. Michelle Lujan Grisham and Rhode Island Gov. Gina Raimondo being mentioned as contenders. Raimondo has said she’s no longer a candidate and Lujan Grisham’s status is now unclear.”

Nonfarm payrolls increased by just 245,000 in November, well below Wall Street estimates of 440,000 as rising coronavirus cases coincided with a considerable slowdown in hiring, CNBC reports.

David Brooks: “If we can’t get a Covid-19 relief package through Congress in the next week or two, we’re sunk. It means we have a legislative branch so ideologically divided it can’t address even our most glaring problems. It means we have representatives so lacking in the willingness and ability to compromise that minimally competent government will be impossible, even under a President Joe Biden.”

“The problems a basic relief measure would address couldn’t be more obvious. Under current law, up to 12 million Americans could lose their jobless benefits by year’s end — a wretched Christmastime for millions of families, which could spawn a wave of depression, morbidity, family breakdown and suicide.”

“Millions of people could be evicted from their homes. Thousands more businesses may close during the long winter months before a vaccine is widely available. These are not failing, unproductive businesses. These are good, strong businesses that would have provided jobs and opportunity for millions of Americans for decades if they hadn’t been hit by the pandemic.”

“The House endorsed a landmark retreat in the nation’s decades-long war on drugs Friday, voting to remove marijuana from the federal schedule of controlled substances and provide for the regulation and taxation of legal cannabis sales,” the Washington Post reports.

“The vote was 228-to-164 and marked the first time either chamber of Congress has voted on the issue of federally decriminalizing cannabis.”

“The White House removed nine members of the Pentagon’s Defense Business Board on Friday and installed people loyal to President Trump in their place, including presidential allies Corey Lewandowski and David Bossie,” Politico reports.

“The firings marked the latest effort by the Trump administration to clean out the Defense Department in the final weeks of the president’s term.”

“Governors, mayors and county executives have pleaded for federal aid before the end of the year. Congressional Republicans have scorned such assistance, with the Senate majority leader, Mitch McConnell of Kentucky, calling it a ‘blue-state bailout.’”

“But it turns out this budget crisis is colorblind. Six of the seven states that are expected to suffer the biggest revenue declines over the next two years are red — states led by Republican governors and won by President Trump this year.”

“Sen. Bernie Sanders (I-VT) on Friday announced his opposition to the bipartisan coronavirus relief package gaining momentum in the U.S. Senate, as jockeying intensified among lawmakers eager to cut a deal to provide relief amid renewed signs of economic weakness,” the Washington Post reports.

“President Trump is considering preemptively pardoning as many as 20 aides and associates before leaving office, frustrating Republicans who believe offering legal reprieves to his friends and family members could backfire,” Politico reports.

“Trump’s strategy, like much of his presidency, is nontraditional. He is eschewing the typical protocol of processing cases through the Justice Department. And he may argue that such preemptive pardons for his friends and family members are necessary to spare them from paying millions in legal fees to fight what he describes as witch hunts.”

“Weighing on Trump’s mind is whether these pardons would look like an admission of guilt.”

“President Trump ordered the Pentagon to pull nearly all U.S. troops out of Somalia, where for 13 years they have been fighting a low-intensity battle against the local al Qaeda affiliate, al-Shabaab,” the Wall Street Journal reports.

“President-elect Joe Biden is calling for swift confirmation of his top Cabinet choices once he’s sworn in next year – and a new study suggests he shouldn’t worry,” CBS News reports.

“The last four presidents announced a combined 56 Cabinet nominees during their transitions, most of them in December, and each president saw almost all those picks take office… In the last 28 years, the Senate has confirmed 95% of a president’s cabinet secretary nominations.”

“A trial judge raised the possibility that another federal judge overseeing Michael Flynn’s case could find that President Donald Trump’s pardon of Flynn is too broad, if it unlawfully protects the former national security adviser from future prosecutions,” the National Law Journal reports.

Sarabeth Berman: “In the flood of disinformation filling the internet this election season, it was easy to miss another rapidly spreading phenomenon: partisan profit-driven websites putting out propaganda masquerading as local news.”

“Across the country, more than 1,000 websites with the look of local journalism are publishing articles, ordered up by political operatives to cast a favorable or unfavorable light on candidates and issues. These websites, like weeds thriving in vacant lots, have grown to fill the void left by the collapse of local newspapers. Readers, eager for information, often can’t tell the difference because these sites are good at masking their purpose.”

“Scott O’Grady, a former fighter pilot and Trump loyalist, repeatedly retweeted tweets that falsely stated Trump won the election in ‘landslide fashion’ and that millions of votes were stolen from the President.”

Stanley McChrystal, a top retired general and Biden adviser, tells Axios that “China’s military capacity has risen much faster than people appreciate,” and the U.S. is running out of time to counterbalance that in Asia and prevent a scenario such as it seizing Taiwan.

“President-elect Joe Biden is adjusting the scope of his agenda to meet the challenges of governing with a narrowly divided Congress and the complications of legislating during a raging pandemic,” the AP reports.

“Rather than immediately pursue ambitious legislation to combat climate change, the incoming administration may try to wrap provisions into a coronavirus aid bill. Biden’s team is also considering smaller-scale changes to the Affordable Care Act while tabling the more contentious fight over creating a public option to compete with private insurers.”

Joe Biden told CNN it’s “of no personal consequence to me” if President Trump attends the inauguration, but he thinks it’s important to demonstrate the peaceful transfer of power and an “end of this chaos that he’s created.”