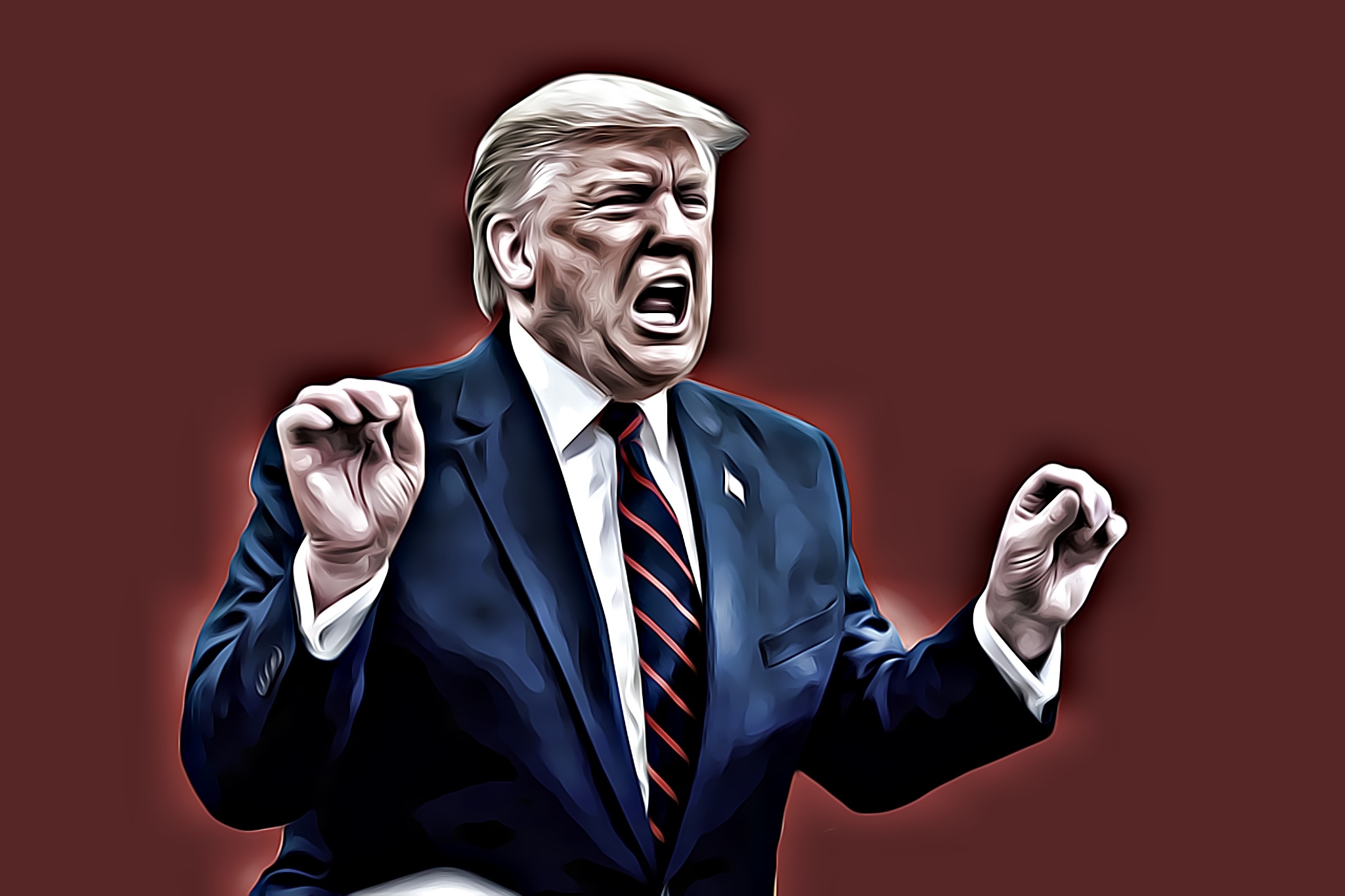 Rep. Sean Patrick Maloney (D-NY) won the contest to lead the House Democrats’ campaign arm in the next Congress, defeating Rep. Tony Cárdenas (D-CA) for the tough job of steering the party into what promises to be a difficult midterm cycle in 2022, The Hill reports.

The secret ballot, conducted remotely during a caucus call, was a close 119-107.

This is good news. Maloney has said that he will lift the stupid as fuck ban on the DCCC working with progressive campaign consultants who work with primary challengers.

“President Trump’s planned trip to Georgia on Saturday to campaign for two Senate candidates embroiled in tight runoff races has put some Republicans on edge that he could do more harm than good by repeating false claims about the voting system, attacking GOP officials and further inflaming a simmering civil war within the state party,” the Washington Post reports.

“That war showed no signs of abating this week, with competing GOP factions growing increasingly angry and distrustful of one another.”

“Intensifying attacks on the integrity of the vote by President Trump and his allies are fueling deep alarm among state and local officials, who have watched with dread in recent weeks as election workers have been targeted by fast-spreading conspiracy theories,” the Washington Post reports.

“The last throes of Donald Trump’s presidency have turned ugly — even dangerous. Death threats are on the rise. Local and state election officials are being hounded into hiding. A Trump campaign lawyer is declaring publicly that a federal official who defended the integrity of the election should be ‘drawn and quartered’ or simply shot,” the AP reports.

“Neutral public servants, Democrats and a growing number of Republicans who won’t do what Trump wants are being caught in a menacing postelection undertow stirred by Trump’s grievances about the election he lost.”

“The remainder of the late Rep. John Lewis’ term will be served by Kwanza Hall (D), who won control of the reliably blue seat in a House runoff special election in Georgia Tuesday,” CNN projects.

“Hall will be sworn in after the election’s results are certified and serve for about a month. He will represent Georgia’s 5th Congressional District until early January, when Rep.-elect Nikema Williams (D) takes over control of the seat, which she won in the November general election.”

“President Trump and his family are looking to cement their hold on the Republican Party with a series of moves aimed at putting themselves in influential places inside conservative circles,” Business Insider reports.

“Donald Trump Jr. and his tight-knit team have been pondering taking control of the NRA. Jared Kushner has discussed developing a media outlet. Lara Trump is looking at running for Senate in North Carolina. And even Kimberly Guilfoyle could find a home at NewsMax.”

The Miami Herald looks at the origins of a phantom candidate who was put on the ballot to steal votes from the Democrats in a tight Florida state senate race.

“The no-party candidate with the same surname as the incumbent Democrat had been a registered Republican until just before his qualifying papers were filed to make him a candidate for the Florida Senate. He received 6,382 votes in the election.”

“US Postal Service workers likely delivered more than 99.9% of the nation’s mail ballots in-time to be counted,” NBCLX reports.

“However, it also appears the USPS disenfranchised tens of thousands of voters – who mailed legally-cast ballots the week before the election – through substandard performance.”

“NBCLX analyzed election records – as well as postal records obtained through federal court filings – to find out how many ballots, cast the week before the election, were ultimately rejected… But records indicate the figure is likely no more than a few thousand votes in any given state – not enough to change the results of a single battleground in 2020.”

“When averaged and examined as a group, the forecasts came quite close to the actual election results, predicting that President Trump would receive 237 electoral votes and 47.9% of the two-party popular vote. (It now appears that Trump will actually receive 232 electoral votes and very close to 47.8% of the two-party popular vote.)”

“However, the fact that the averages of these popular and electoral predictions were quite accurate conceals the extremely wide variation in the accuracy of the individual forecasts.”

“President Trump’s campaign and the Republican National Committee raised more than $207.5 million in the weeks after Election Day, his campaign announced Thursday, revealing how his unsupported claims of voting fraud have created a financial windfall that can finance his future political ambitions,” the Wall Street Journal reports.