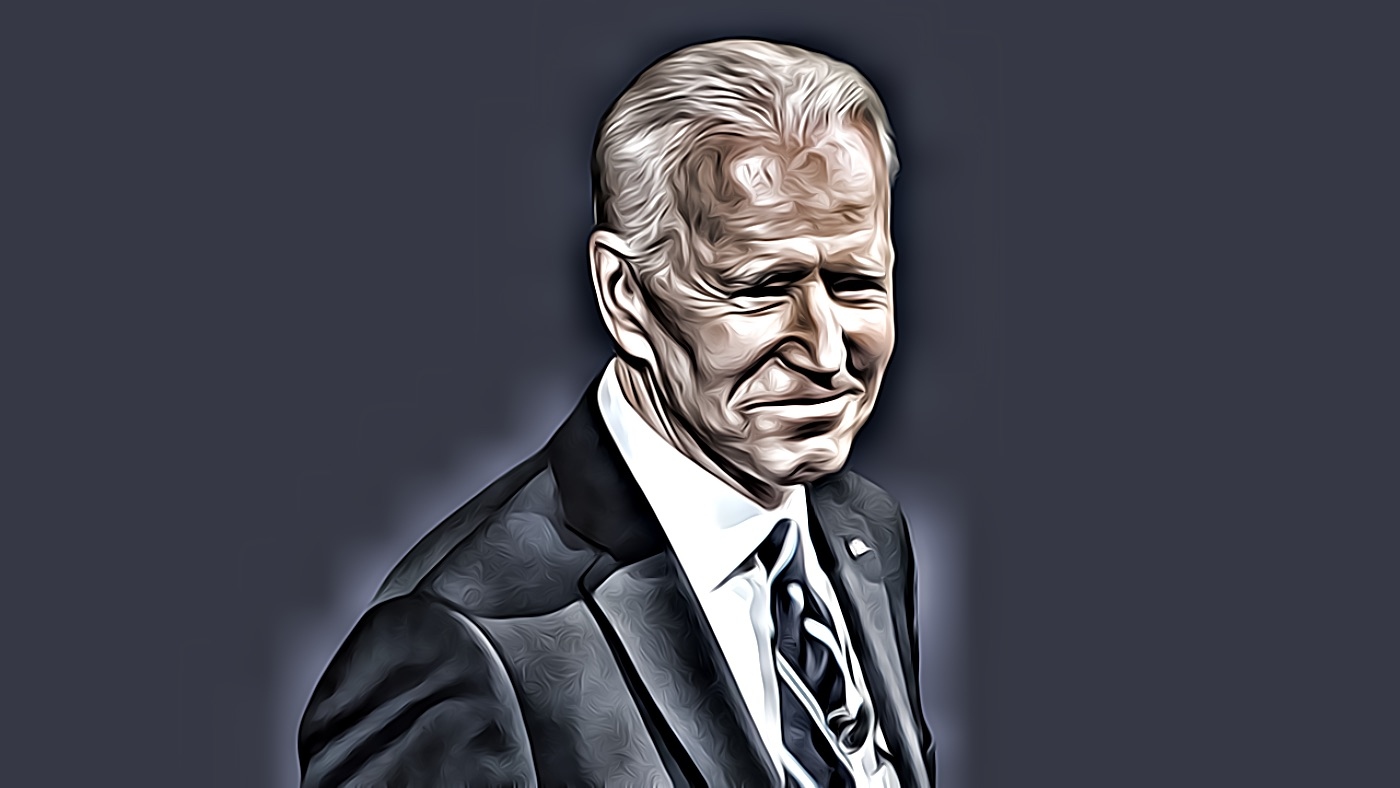 President-elect Joe Biden has no plans to remove FBI director Christopher Wray if he is still in the job when the new administration comes in, the New York Times reports.

Rhode Island Gov. Gina Raimondo (D) is now a top contender to be President-elect Joe Biden’s pick for health secretary, with New Mexico Gov. Michelle Lujan Grisham (D) no longer favored for the role, Politico reports. “Raimondo, who was vetted to be Biden’s running mate over the summer, impressed Biden’s team in those interviews and was under consideration for a number of roles in the administration.”

New Mexico Gov. Michelle Lujan Grisham (D) turned down an offer to serve in President-elect Joe Biden’s Cabinet as Interior secretary, a source close to the transition told The Hill.

President Trump’s spokeswoman refused to say whether Trump still has faith in Attorney General William Barr, a day after Barr said there was no significant evidence to support the president’s claim that widespread ballot fraud led to his defeat by President-elect Joe Biden, CNBC reports. Said press secretary Kayleigh McEnany: “If we have any personnel announcements, I’ll let you know.”

“Joe Biden’s economic team faces a daunting task helping the millions of Americans who have lost their jobs or otherwise been financially ravaged by the coronavirus. But most of them have first-hand crisis experience, dating back to when Barack Obama inherited a crumbling economy when he took office in 2009,” Axios reports.

“Most of President-elect Biden’s economic nominees served in the Obama administration, and wish that they could have gone bigger to help America recover from the 2008 financial crisis. But it’s not going to be easy for them to push through massive fiscal spending in 2021.”

“President Trump on Tuesday threatened to veto an annual defense bill authorizing nearly $1 trillion in military spending unless Congress opens the door for Facebook, Twitter and other social-media sites to be held legally liable for the way they police their platforms,” the Washington Postreports.

“Trump delivered his ultimatum — calling for the repeal of a federal law known as Section 230 — in a pair of late-night tweets that transformed a critical national security debate into a political war over his unproven allegations that Silicon Valley’s technology giants exhibit bias against conservatives.”

“Senate Armed Services Committee Chairman Jim Inhofe (R-OK) said that President Trump is prepared to accept language regarding a plan to remove Confederate names, monuments and symbols from U.S. military installations, adding that a mammoth bill does not include a repeal of a tech liability shield, referred to as Section 230, despite a veto threat,” The Hill reports.

“Despite promises that the Paycheck Protection Program would benefit mainly small businesses, about 600 mostly larger companies, including dozens of national chains, received the maximum amount allowed under the program of $10 million,” a Washington Post analysis shows.

Said Sisolak: “His consistent misleading rhetoric on COVID-19 is dangerous and reckless, and today’s implication that Renown’s alternate care site is a ‘fake hospital’ is among the worst examples we’ve seen.”

He added: “It is unconscionable for him to continue to spread lies and sow distrust at a time when all Americans should be united during this historic public health crisis. Enough is enough.”

Wall Street Journal: “The U.K. became the first Western nation to grant emergency-use authorization for a Covid-19 vaccine, clearing a shot developed by Pfizer Inc. of the U.S. and BioNTech SE of Germany to be distributed in limited numbers within days. The two-shot vaccine is also being reviewed by the Food and Drug Administration in the U.S., where a similar authorization could come later this month and a rollout before the end of the year.”

“The U.K. green light on Wednesday punctuates a monthslong sprint by the two drugmakers, which teamed up earlier this year and then pulled ahead of two other Western pharmaceutical giants, each with its own promising shot. Vaccines typically take years to bring to market.”

Politico: Trump to FDA: Why is Europe beating us on vaccine?

Dr. Robert Redfield, the director of the Centers for Disease Control and Prevention, said the next few months of the Covid-19 pandemic will be among “the most difficult in the public health history of this nation,” CNBC reports.

Redfield said that about 90% of hospitals in the country are in “hot zones and the red zones.”

“Democratic leaders swung behind a bipartisan COVID-19 relief effort Wednesday, cutting their demands for a $2 trillion-plus measure by more than half in hopes of breaking a monthslong logjam and delivering much-sought aid as a coda to a tempestuous congressional session,” the AP reports.

New York Times: “Biden’s top priority, he said, is getting a generous stimulus package through Congress, even before he takes office… But the big question is whether he can get it past McConnell today or tomorrow if the Republicans continue to hold the Senate. A significant number of Republican senators could decide that they want to become deficit hawks again under a President Biden, after four years of uncontrolled spending under Trump that has brought the national debt to record highs.”

“Biden was careful about how he talked about McConnell, who has been careful not to call Biden ‘president-elect.’ Biden obviously wants to keep the prospects of cooperation open — but also make clear that he may have more leverage with the American people than the G.O.P. realizes if Senate Republicans opt for full-on obstruction.”

Playbook: “Here’s why you should be a tad bit optimistic about the status of Covid relief negotiations: The two sides are talking, they are exchanging paper, and both sides say they want an agreement. We always thought that the two sides needed a must-pass deadline — and they have one: the Dec. 11 government funding date.”

“Here’s why you should be pessimistic: The two sides really haven’t moved that much on the issues, and time is short. State and local funding and liability overhaul remain big, big issues.”

Politico: “Now that he’s chosen a big chunk of his Cabinet nominees, President-elect Joe Biden’s transition team is focusing increasingly on selecting candidates for government positions that do not require Senate confirmation.”

“Concerned about Republicans slow-walking confirmation hearings for Cabinet appointees and hollowed-out federal agencies, Biden and his aides are eager to place mid- to lower-level officials across the federal government, particularly in national security roles, to ensure his administration can begin to enact his agenda immediately, according to three people familiar with the situation.”

“By quickly selecting candidates for slots that don’t require Senate confirmation, such as deputy assistant secretaries, the transition team also can try to ensure that many of those hired can obtain security clearances by the time Biden takes office.”

“Optimism about the economy has taken a nosedive among Republicans. But the economy did not drive the change. The presidential election did,” the New York Times reports.

“After President Trump’s loss to former Vice President Joe Biden, more than 40 percent of Republicans who were polled for The New York Timessaid they expected their family to be worse off financially in a year’s time, up from 4 percent in October. Democrats expressed a rise in optimism — though not as sharp as the change in Republican sentiment.”

“The new polling, by the online research firm SurveyMonkey, reaffirms the degree to which Americans’ confidence in the economy’s path has become entwined with partisanship and ideology.”

“The Trump administration is rapidly moving forward with a last-minute push to ease hiring and firing standards for many senior federal workers, setting off a clash with Democrats in Congress over whether civil servants should maintain longstanding job protections,” the Wall Street Journal reports.

“The Senate Commerce Committee voted today to advance President Trump’s pick for the Federal Communications Commission, setting up the Senate to potentially deadlock the communications regulator at the start of the Biden administration,” Axios reports.

“Nathan Simington’s confirmation would mean a 2-2 commission, giving Republicans the ability to stall Democratic policy initiatives such as restoring net neutrality rules until Biden is able to get a nominee of his own confirmed by the Senate.”

“Less than two months remain in the Trump administration, and Senate Republicans are doing something not seen in a century — confirming judges and other nominees after their party lost the White House. That norm-breaking rush to get GOP-approved picks through could get tricky, though, if lawmakers continue missing time because of COVID-19,” Roll Call reports.

“With only one exception, post-election confirmations of judges nominated to lifetime appointments by a president whose party has lost the White House hasn’t happened since the election of 1896 when William McKinley was elected and the Senate confirmed Grover Cleveland’s picks.”

“During previous presidential election years, senators have invoked the so-called Thurmond rule, an unwritten agreement named after the late Sen. Strom Thurmond (R-SC) that calls for the chamber to stop approving circuit court nominations in the few months before Election Day.”

“The new coronavirus infected people in the U.S. in mid-December 2019, a few weeks before it was officially identified in China and about a month earlier than public health authorities found the first U.S. case,” the Wall Street Journal reports.

“The findings significantly strengthen evidence suggesting the virus was spreading around the world well before public health authorities and researchers became aware, upending initial thinking about how early and quickly it emerged.”

President-elect Joe Biden told Tom Friedman that he felt like he’d “done something good for the country” by defeating President Trump.

Said Biden: “I feel like I’ve done something good for the country by making sure that Donald Trump is not going to be president for four more years. But there’s been no moment of elation…There’s a lot of work to do. I’m just focused on getting some things done as quickly as I can.”

Washington Post: “It’s unclear where exactly Ivanka Trump and her husband – Jared Kushner, who like Ivanka is now a senior White House adviser – will physically land after they are expected to leave Washington in January. Some anticipate the couple will return to their old home of New York, while others speculate they may relocate to a “cottage” at the president’s Bedminster golf course in New Jersey.”

“But former friends, colleagues and associates of the couple believe wherever they live, the first daughter will be contemplating how to maximize her political capital – whether that means an actual run for office, or a gauzier influence in Republican circles in a world where President Trump still holds enormous political sway.”