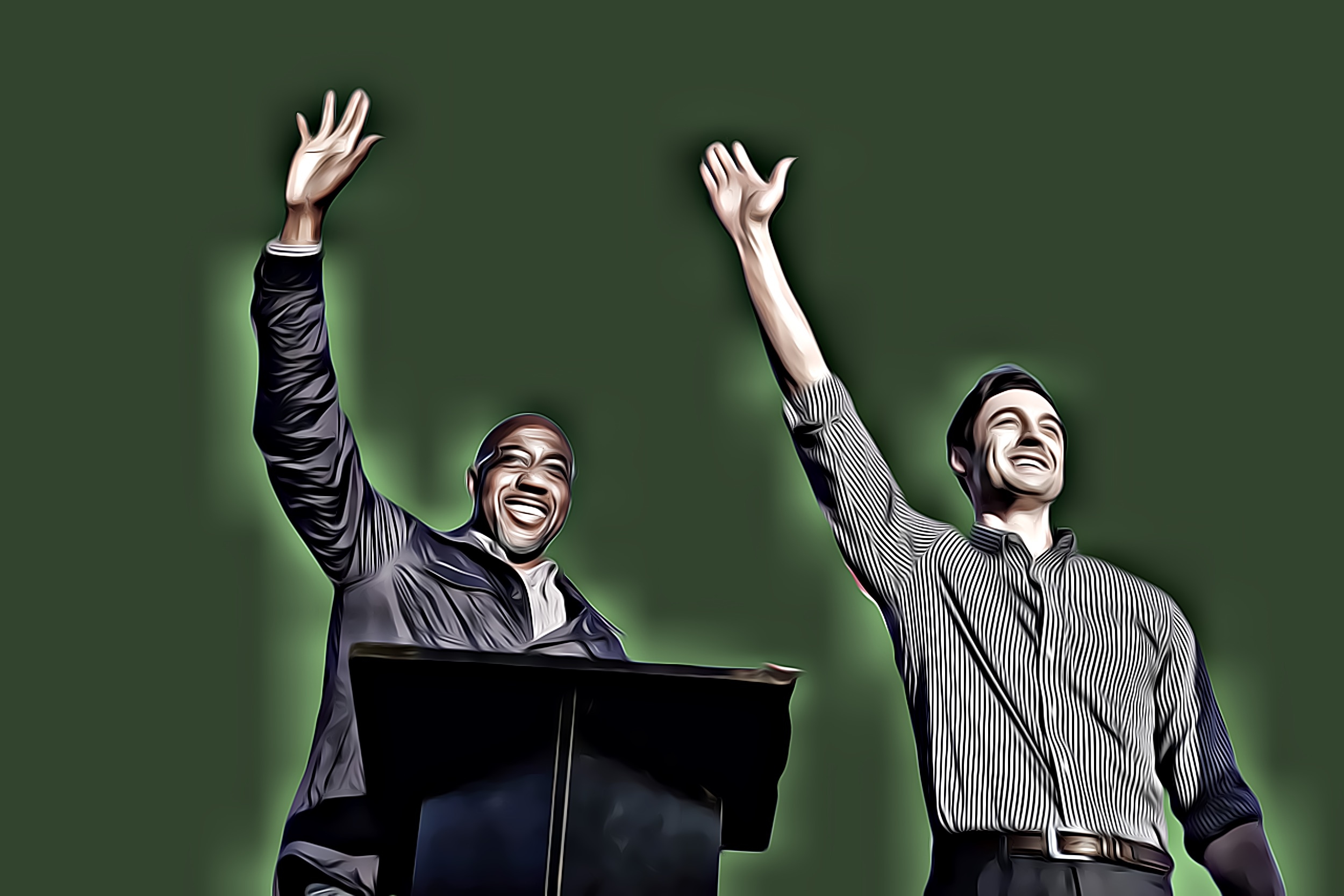 President Trump released an excerpt of a speech in which he falsely says the presidential election is “under coordinated assault and siege.”  He called it perhaps “the most important speech” he’s ever given.  The entire speech, published on Facebook, is 46 minutes long.

This is quite the lede from the Washington Post: “Escalating his attack on democracy from within the White House, President Trump on Wednesday distributed an astonishing 46-minute video rant filled with baseless allegations of voter fraud and outright falsehoods in which he declared the nation’s election system ‘under coordinated assault and siege’ and argued that it was ‘statistically impossible’ for him to have lost to President-elect Joe Biden.”

“Standing behind the presidential lectern in the Diplomatic Reception Room and flanked by the flags of his office and of the country whose Constitution he swore an oath to uphold, Trump tried to leverage the power of the presidency to subvert the vote and overturn the election results.”

Sen. David Purdue (R-GA) has made 2,596 trades during his Senate term — about as much as the next five most active traders in the Senate combined, the New York Times reports.  Many trades were in companies with stakes in policy matters before committees he served on.

Georgia officials tell Fox News they are investigating a Florida attorney for attempting to vote illegally for the Republican candidates in the state’s Jan. 5 Senate runoff, after a video emerged of him stating his intent to move to Georgia temporarily and encouraging others to use his relative’s address to do the same.

As has been proven time and again, the only voter fraud that actually occurs is always… ALWAYS.. committed by Republicans.

“President Trump remained livid at Attorney General William Barr on Wednesday, with one senior administration official indicating there was a chance Barr could be fired — not just for his public comments undercutting Trump’s unfounded claims of election-shifting fraud, but also for steps he did not take on a probe of the FBI’s 2016 investigation into Trump’s campaign,” the Washington Post reports.

“One senior administration official said there was a chance Trump would fire his attorney general and asserted that the president was not merely frustrated over Barr’s fraud-related assertions. The person said that several people are trying to persuade Trump not to do so.”

Bloomberg: “Including TV, radio, and digital ad space already purchased over the past month or reserved through Jan. 5, Republicans are set to spend more than $177 million, compared to about $130 million for Democrats… The numbers are likely to increase.”

“I’m nothing special. I’m just — I’m kind of relentless.”  — Stacy Abrams, in an interview with Rolling Stone, on what she did to turn out the vote and turn Georgia blue for the first time in 30 years.

Sources tell the Daily Beast that Vice President Mike Pence sees President Trump’s legal challenges to the election as doomed and has recoiled at the president’s attacks on Republican governors.

Said a senior administration official: “The vice president doesn’t want to go down with this ship and believes much of the legal work has been unhelpful.”

Sen. Kelly Loeffler (R) condemns her Senate runoff challenger Rev. Raphael Warnock (D) as the “most radical and dangerous candidate in America” who “has espoused radical views from the pulpit.”

But Judd Legum reports that less than a year ago, she shared that same pulpit with Warnock in order to praise his work and that of his church. Loeffler called Warnock’s church a “sacred place” in her January address and, while standing right next to her future rival, said she was “surrounded by men and women who advance the cause of freedom.”

Politico: “McDaniel is inviting roughly a dozen potential 2024 presidential candidates to the RNC’s January meeting in Amelia Island, Fla. — the most explicit move she’s made yet to show that the committee will be impartial going forward and not simply an extension of Trump’s political machine, even as he openly mulls a comeback bid.”

“Brad Parscale, the former Trump campaign manager who was demoted in July, claimed in a Fox News interview on Tuesday night that President Trump would have handily won the election if he had expressed more empathy about the coronavirus pandemic,” the New York Times reports.

Said Parscale: “We lost suburban families. I think that goes to one thing: the decision on Covid to go for opening the economy versus public empathy.”

He added: “I think if he had been publicly empathetic, he would have won.”

“Ronna McDaniel, the Republican National Committee chairwoman, is launching her bid for a third two-year term heading the GOP’s governing organization after the party’s stronger-than-anticipated showing in November’s election, even though President Trump lost,” the AP reports.

“Rep. Mo Brooks (R-AL) has been telling colleagues and allies that he plans to challenge the Electoral College votes when Congress officially certifies Joe Biden’s victory on Jan. 6, as long as a Senate Republican joins him in the long-shot effort,” Politico reports.

“Brooks confirmed his plans in a phone interview, adding that he is still considering objecting to the vote-counting process even if no one joins him — though he acknowledged that would be more of a symbolic protest. Brooks, echoing President Trump’s baseless claims of voter fraud without providing evidence, argued that the election was ‘badly flawed’ and that most mail-in voting is ‘unconstitutional.’” Said Brooks: “In my judgment, if only lawful votes by eligible American citizens were cast, Donald Trump won the Electoral College by a significant margin, and Congress’s certification should reflect that. This election was stolen by the socialists engaging in extraordinary voter fraud and election theft measures.”

“Congressional Republicans were slow to embrace Donald Trump’s White House campaign in 2016. But the ousted president will have plenty of support on Capitol Hill should he run again in 2024,” Politico reports.

“Trump is even getting cheered on publicly by some of the very Republicans who could seek higher office in the future. Even in defeat, Trump’s hold on the party remains strong.”

A new YouGov poll finds just 15% of Donald Trump voters view Joe Biden as being legitimately elected. The rest, 85%, claim he did not legitimately win.

“No Special Forces soldiers were killed while seizing computer servers in Germany as part of a CIA operation after the presidential election. There was, in fact, no mission of the sort.”