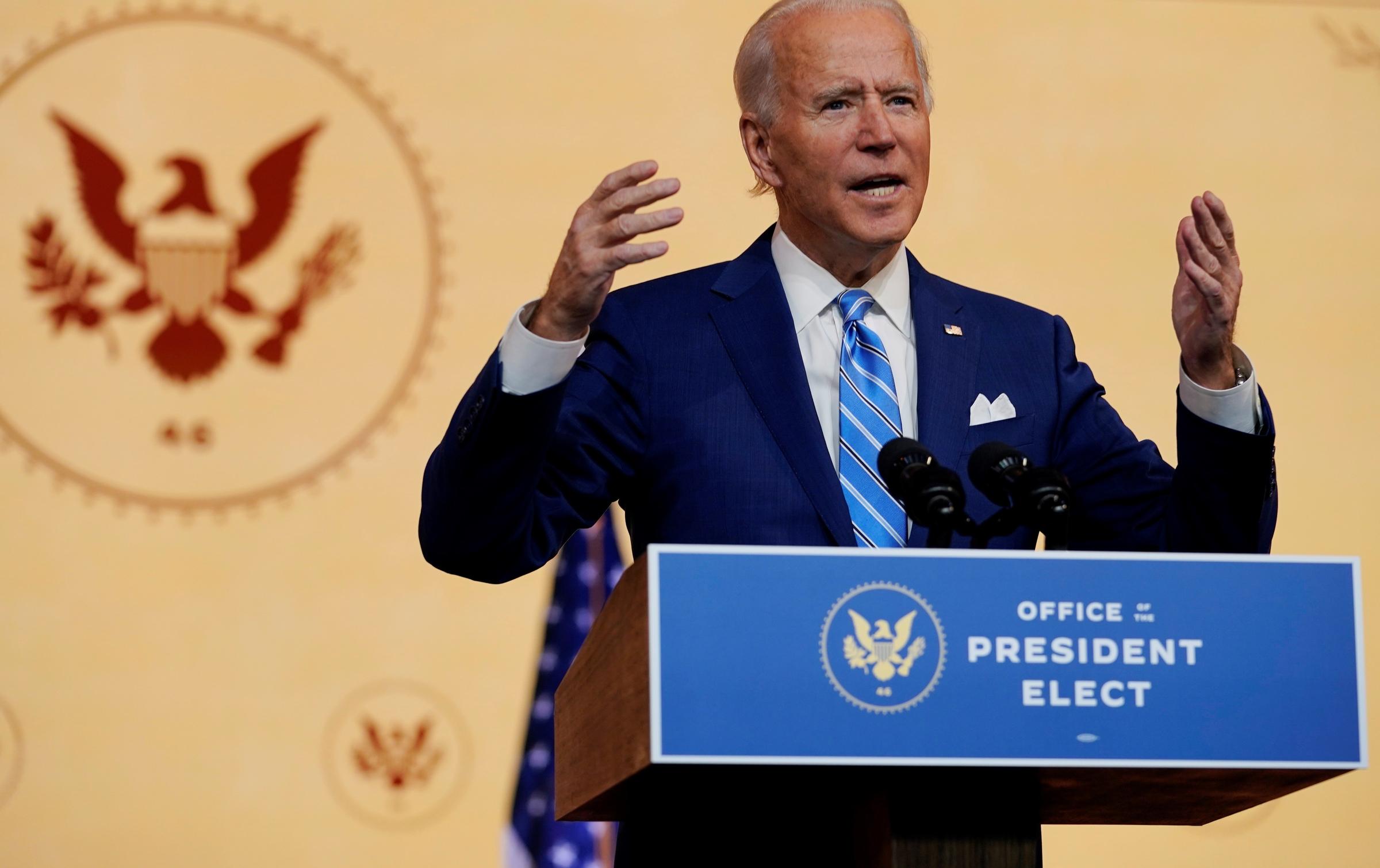 “President-elect Joe Biden intends to nominate a diverse group of economic advisers to serve alongside Treasury Secretary nominee Janet Yellen as he prepares to confront the economic fallout from the coronavirus pandemic,” the Wall Street Journal reports.

“Mr. Biden will nominate Neera Tanden, the president and CEO of the Center for American Progress, a center-left think tank, to serve as director of the Office of Management and Budget. He will nominate Cecilia Rouse, a Princeton University labor economist, to be chair of the Council of Economic Advisers.”

“The president-elect also plans to choose Adewale ‘Wally’ Adeyemo, a former senior international economic adviser during the Obama administration, to serve as Ms. Yellen’s top deputy at the Treasury Department. And he will turn to two campaign economic advisers, Jared Bernstein and Heather Boushey, to serve as members of the CEA alongside Ms. Rouse.”

“Jennifer Psaki, a veteran Democratic spokeswoman, will be Joe Biden’s White House press secretary, one of seven women who will fill the upper ranks of his administration’s communications staff. It is the first time that all of the top aides tasked with speaking on behalf of an administration and shaping its message will be female,” the Washington Post reports.

“Biden’s press team will be led by Kate Bedingfield, a longtime Biden aide who served as his campaign communications director and will hold the same title in his White House.”

“President Trump blasted judges’ rejections of his legal challenges to 2020 election results and said he couldn’t be certain any of his cases would make it to the Supreme Court in his first interview since Election Day on Sunday,” Fox News reports.

Said Trump: “We’re not allowed to put in our proof. They say you don’t have standing. I would like to file one nice big beautiful lawsuit, talking about this and many other things, with tremendous proof. We have affidavits, we have hundreds and hundreds of affidavits.”

He added: “You mean as president of the United States, I don’t have standing? What kind of a court system is this?”

Trump suggested that he will never accept his loss to Joe Biden and continued to fling baseless accusations of election fraud, the Washington Post reports. Said Trump: “My mind will not change in six months. There was tremendous cheating here.”

“When President Trump lost this year’s election to Joe Biden, almost nobody around him said they could envision the losing incumbent attending his successor’s inauguration,” CNN reports.

“The image remains implausible for a President who will likely never concede and said Sunday that nothing would convince him he lost. Yet Republicans and aides to Trump are encouraging him to at least consider attending Biden’s swearing-in, hoping his presence will both reflect well on his character and help preserve his future influence but also convince Americans the election was fair.”

South Dakota set a new record for COVID-19 deaths on Saturday, the Rapid City Journal reports. Meanwhile, Gov. Kristi Noem (R), who has rejected calls for a mask mandate in her state, tweeted a plea for people to go shopping.

Jared Kushner will travel in the coming days to Saudi Arabia and Qatar in a last-ditch effort to resolve the dispute between the Gulf countries, Axios reports. LOL, no. He is going to set up his and his family’s exile arrangements.

Steve Inskeep: “Few presidents who served four years or less find an enduring place in the popular imagination. One term is not long to influence a country so large and dynamic — and a president’s failure to win a second term can be a sign that he didn’t…”

“One-term presidents who escape obscurity often did something beyond the presidency — like John Adams, one of the nation’s founders, or Jimmy Carter, whose much-admired post-presidency has lasted 10 times as long as his term. John F. Kennedy’s legacy rests, in part, on legislative achievements that passed after his assassination. Others are known for their failures while in office: Warren G. Harding for a corruption scandal, Herbert Hoover for economic calamity, Andrew Johnson for being impeached.”

“We can’t be sure what history will make of Mr. Trump, whose term featured scandal, impeachment and calamity, as well as a pandemic. His story may not be over; he remains at the head of a powerful movement, and reportedly talks of running in 2024. But to judge by information available today, he has a relatively narrow role in the American story: as the reaction to a game-changing president — Barack Obama.”

Noam Smith: “Why have so many Republicans and right-wing media figures embraced Donald Trump’s obviously made-up claims of voter fraud? Rationally, they must know that all of the allegations are lies. Court after court, recount after recount, investigation after investigation has shown zero evidence of fraud. Yet the more the evidence against Trump’s lies piles up, the more figures on the right line up to publicly embrace the fiction.”

“The obvious reason would be to curry favor with right-wing voters and audiences, who express strong sympathy with the idea that Biden was not the election’s rightful winner. Trump will probably (hopefully) be out of the White House in a few weeks, but he will likely remain a powerful and influential figure in a Republican party that he has come to dominate…”

“But if this were all that was happening, one might expect people to find some less expensive fiction. Pushing an obviously false claim of a stolen election is probably a doomed cause — and even if Trump succeeded in holding onto power, that would require these same right-wing figures to tie themselves to an autocratic regime that would have a reasonable likelihood of being violently overthrown, and its apparatchiks punished.”

“Instead, I offer another possibility — that lies of this sort are uttered precisely because they come with costs. I propose that political lies are a costly signal of tribal loyalty.

Said Birx: “If you look at the second wave, we had less than 25,000 cases a day, we had way less mortality. We’re entering this post-Thanksgiving surge with three, four and 10 times as much disease across the country.”

She added: “That’s what worries us the most. We are deeply worried about what could happen post-Thanksgiving.”

“When he was running for president, Joe Biden said it was time for a pet to be put back in the White House,” the New York Times reports.

“First it was announced that Champ and Major, the German shepherds belonging to the president-elect and future first lady Jill Biden, would roam the White House. And now, after an absence of more than a decade, a cat is set to also join the ranks of presidential pets.”

I want a recount.

“The outgoing Trump administration is racing to enact the biggest change to the federal civil service in generations, reclassifying career employees at key agencies to strip their job protections and leave them open to being fired before Joe Biden takes office,” the Washington Post reports.

“The move to pull off an executive order the president issued less than two weeks before Election Day — affecting tens of thousands of people in policy roles — is accelerating at the agency closest to the White House, the Office of Management and Budget.”