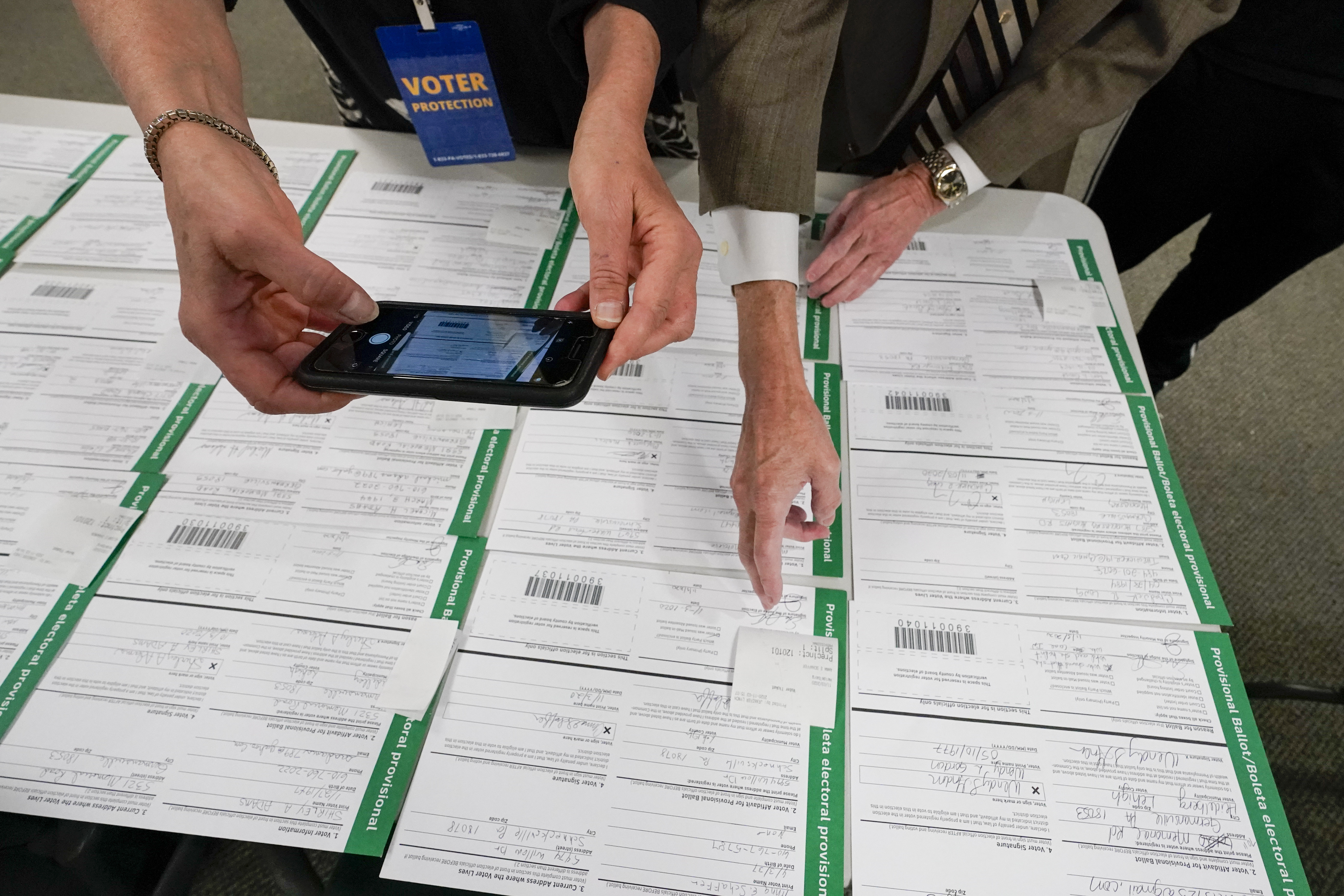 “Kelly, along with several other Pennsylvania Republicans, sought to invalidate millions of mail-in votes, which could have ceded a key state won by President-Elect Joe Biden to President Trump.”

Washington Post: “Legal experts had predicted little chance of success for the suit, which also sought to block certification of election results. Trump and his allies have gained no substantive traction across more than two dozen cases trying to undermine President-elect Joe Biden’s win since Election Day.”

“Jon Ossoff is ending the Trump era the same way he began it: as a young Democrat unexpectedly at the center of the political universe,” NBC Newsreports.

“He lost his first run for office in June 2017, but the stakes then were largely symbolic. This time, some say, the fate of the country, and even the world, hangs in the balance on what will be the last election of the Trump era. No pressure.”

“We all know what’s going to happen if McConnell holds the Senate. He will try to do to Biden and Harris, just like he tried to do to President Obama. It will be paralysis, partisan-trench warfare, obstructionism as far as the eye can see at a moment of crisis when we need strong action.” — Georgia Senate candidate Jon Ossoff (D), quoted by The Hill.

“Advisers to Donald Trump Jr. are launching a super PAC to prod the president’s supporters to vote in the upcoming Georgia Senate runoffs, as Republicans grow concerned that Trump’s backers will boycott the elections,” Politico reports.

Robert Shapiro: “President Trump’s post-election machinations are not a bungled coup attempt; they add up to a scam to enrich himself. A coup would require broad collaboration from the courts and, failing that, from the military. The evidence suggests that Trump may not even be serious about election fraud. If he were, he would have recruited serious election law experts in the states he has contested. Instead, Rudy Giuliani and Sidney Powell blanketed the country with a blizzard of lawsuits, offering fever dreams from the dark web as their legal justification and evidence.”

“The president’s post-election campaign demonstrates his singular talent for taking care of himself even when he loses.”

Said Trump: “Everything has to be approved by the legislature, and they had judges making deals, and they had electoral officials making deals, like this character in Georgia who’s a disaster. And the governor’s done nothing. He’s done absolutely nothing. I’m ashamed that I endorsed him. But I look what’s going on, it’s so terrible.”

NBC News: “Comparing Trump campaign stops over the last two weeks of the race to election results shows that in the overwhelming majority of cases, Trump underperformed his 2016 margins in the counties he visited, in some cases by large amounts.”

“There were 30 Trump campaign stops in that period, according to an NBC News tally, in states from Arizona to Nebraska to Pennsylvania. In five counties that Trump visited he saw better results than he did in 2016, but in the remaining 25 his margins of victory got smaller, his margin of defeat grew or the county flipped Democratic.”

Philadelphia Inquirer: “Digging into the numbers, it’s a story of the suburbs delivering in overwhelming fashion for Biden, giving him margins that swamped Trump’s fervent support in more rural and postindustrial areas of the state.”

“But there are other, smaller shifts that also made a difference in a state once again decided by about 1 percentage point.”

“We live in a country in epistemological crisis, in which much of the Republican Party has become detached from reality.”

Washington Post: “With no new resolution setting up the Senate committees, the panels will remain in their current form for however long it takes to sort out Georgia and then reach a compromise on the new makeup of committees. That freezes in place the expected game of musical chairs as at least nine committees are slated to have new Republican leadership next year — if the GOP keeps its majority.”

“And, effective at noon on Jan. 3, when this session of Congress ends, three committees will not have anyone to wield the gavel, as the current chairmen are retiring. Those headless committees will not be able to conduct any business or call confirmation hearings for Cabinet nominees or hold hearings on new legislation, because only the chairmen can take such actions.”

“Vice President-elect Kamala Harris enjoyed some comic relief Saturday when a reporter asked for her reaction to the possibility of Donald Trump running again for president in 2024. ‘Please,’ she responded, deadpan, before bursting into laughter — along with the journalists and spectators around her,” the HuffPost reports.

Washington Post: “The 20 days between the election on Nov. 3 and the greenlighting of Biden’s transition exemplified some of the hallmarks of life in Trump’s White House: a government paralyzed by the president’s fragile emotional state; advisers nourishing his fables; expletive-laden feuds between factions of aides and advisers; and a pernicious blurring of truth and fantasy.”

“This account of one of the final chapters in Trump’s presidency is based on interviews with 32 senior administration officials, campaign aides and other advisers to the president, as well as other key figures in his legal fight, many of whom spoke on the condition of anonymity to share details about private discussions and to candidly assess the situation.”