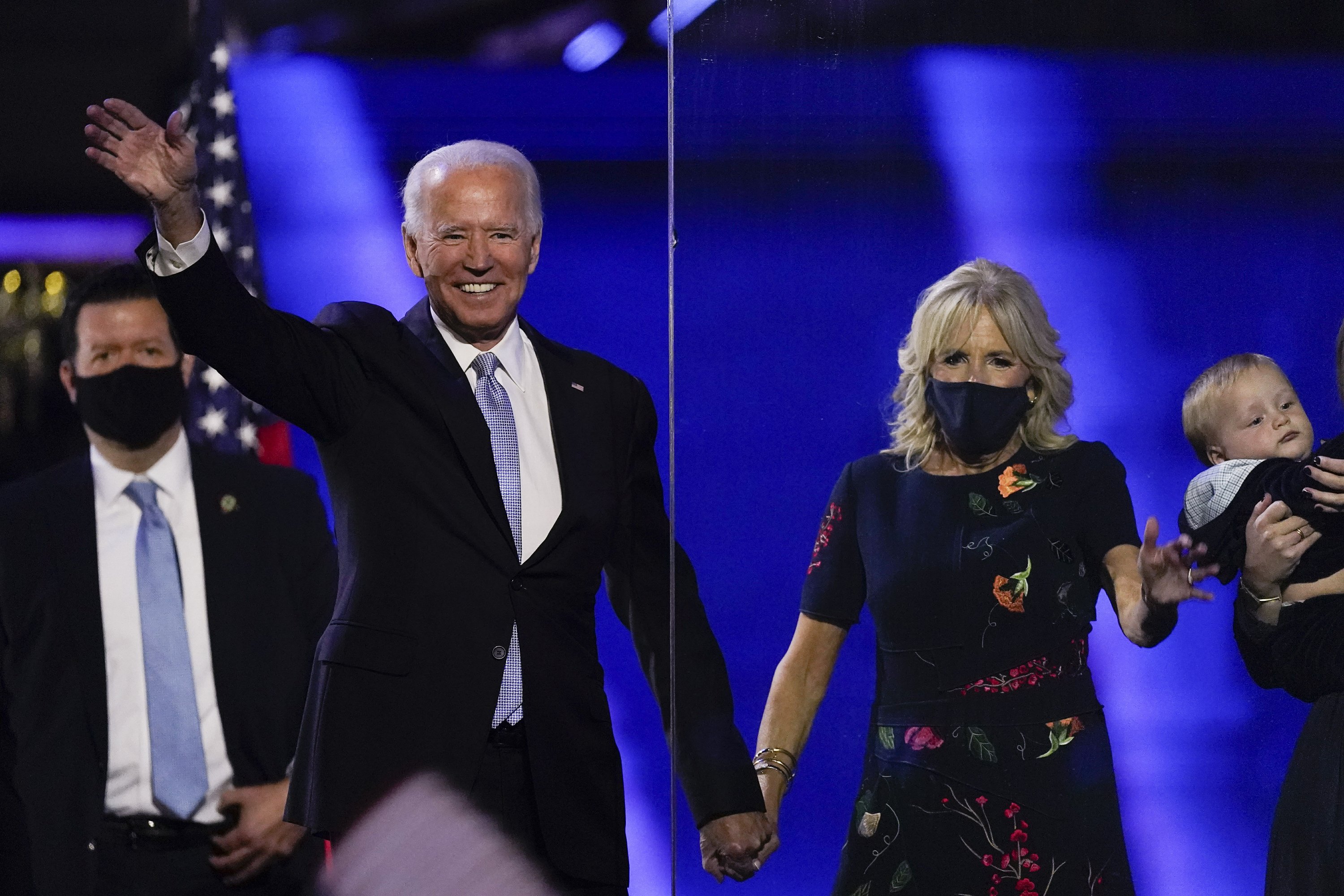 New York Times: “President-elect Joseph R. Biden Jr. moved quickly this past week to name the first two members of his cabinet, picking one of his closest confidants to be the nation’s top diplomat and choosing an immigrant to lead the Department of Homeland Security for the first time.”

“But as he fills out the rest of his team in the days and weeks ahead, the task will become more complicated, forcing him to navigate tricky currents of ideology, gender, racial identity, party affiliation, friendship, competence, personal background and past employment.”

“Aides to Mr. Biden who are managing the selection process are revealing little about whom he intends to choose. And yet, as is typical in Washington in the early days of a transition, the names of those the president-elect is said to be considering are a frequent source of discussion.”

Washington Post: Biden bets on a diverse Cabinet and staff to handle problems of a diverse nation.

New York Times: “If the president hoped Republicans across the country would fall in line behind his false and farcical claims that the election was somehow rigged on a mammoth scale by a nefarious multinational conspiracy, he was in for a surprise. Republicans in Washington may have indulged Mr. Trump’s fantastical assertions, but at the state and local level, Republicans played a critical role in resisting the mounting pressure from their own party to overturn the vote after Mr. Trump fell behind on Nov. 3.”

“The three weeks that followed tested American democracy and demonstrated that the two-century-old system is far more vulnerable to subversion than many had imagined even though the incumbent president lost by six million votes nationwide. But in the end, the system stood firm against the most intense assault from an aggrieved president in the nation’s history because of a Republican city clerk in Michigan, a Republican secretary of state in Georgia, a Republican county supervisor in Arizona and Republican-appointed judges in Pennsylvania and elsewhere.”

President-elect Joe Biden is reportedly eyeing Cindy McCain to serve as ambassador to the U.K.,  according to The Times of London.

New York Times: “In late May, the American ambassador in Geneva, Andrew Bremberg, went on a rescue mission to the World Health Organization headquarters. He told its director general, Tedros Adhanom Ghebreyesus, that despite weeks of threats that President Trump would quit the health organization, the relationship could still be salvaged.”

“Mr. Bremberg hand-delivered a list of seven demands that American officials saw as the beginning of discreet discussions. Hours later, Mr. Trump took the lectern outside the White House and blew it all up, announcing that the United States would leave the W.H.O. The announcement blindsided his own diplomats and Dr. Tedros alike.”

“Millions of Americans are in danger of losing their homes when federal and local limits on evictions expire at the end of the year, a growing body of research shows,” CBS News reports.

“A report issued this month from the National Low Income Housing Coalition and the University of Arizona estimates that 6.7 million households could be evicted in the coming months. That amounts to 19 million people potentially losing their homes, rivaling the dislocation that foreclosures caused after the subprime housing bust.”

Politico: “President-elect Joe Biden has promised to host a gathering of the world’s democracies next year, hoping to show that a post-Donald Trump America will be committed to democracy abroad and at home. Biden’s pledge, though, has left many foreign officials pondering a thorny question: Will their country be invited?”

“It’s of special concern for nations such as Turkey, Hungary, Poland and the Philippines — all U.S. allies or partners with leaders who have taken notable steps away from democracy. Even a country like India, which boasts of being the world’s most populous democracy, may not make the cut given recent anti-democratic trends there.”

“President-elect Joe Biden, long viewed as a drug policy hawk during his four decades in the Senate, is signaling a different approach to confronting a still-raging drug addiction epidemic made worse by the pandemic,” Politico reports.

Biden, who has stocked his team with addiction experts with extensive backgrounds in public health, will emphasize new funding for substance abuse treatment and prevention, while calling to eliminate jail time for drug use. It’s a departure from his tough-on-crime approach as a senator — and from President Donald Trump’s frequent focus on a law enforcement response to the drug crisis, which experts said undercut necessary public health measures.”

Playbook: “The House overhauled its schedule for the month of December. It will come into session Wednesday evening, and the last votes of the week will come Friday. Lawmakers are being asked to stay in D.C. over the weekend, as the chamber tries to finish its work for the year by as early as Dec. 7.”

“Government funding runs out Dec. 11. Covid-19 is raging, and that plays a part in the House trying to do its biz quickly and get out of town early this month. That makes any major Covid relief seem very far off — although a tailored measure extending some programs could ride alongside government funding.”

Iran’s supreme leader on Saturday called for the “definitive punishment” of those behind the killing of a scientist linked to Tehran’s disbanded military nuclear program, a slaying the Islamic Republic has blamed on Israel, the AP reports.

Politico: “Reflecting on his time in the Obama White House, Sullivan said he felt more could have been done there, too, to put the average American on the agenda in the Situation Room on a regular basis. And he paused for a long moment when asked how the rise of Trump and Trumpism had affected his worldview, attuning him more, for example, to the populist tide at home that he may have missed while focusing on international nuclear negotiations, peace deals and trade treaties.”

“So what will a Sullivan-led National Security Council look like? It won’t be too big or micromanaging, Sullivan insists — criticisms that dogged the Obama NSC, which stood accused of stepping on the prerogatives of Cabinet agencies, be it by setting troop levels or insisting on signing off on individual drone strikes.”

Said Sullivan: “I see my job as fundamentally about supporting and lifting up the work of the broader national security team in service of the president-elect’s mission and strategy. My goal is to have a process that is able to give sufficient direction, but then empower the departments and agencies to be the tip of the spear to carry that out.”

Wall Street Journal: “Ms. Yellen’s resume was a draw for Mr. Biden. No past Treasury secretary has served both as leader of the Federal Reserve, which she did from 2014 to 2018, and head of the President’s Council of Economic Advisers, her job from 1997 to 1999 in the Clinton administration.”

“Yet her previous experiences with Washington politics were insulated by comparison with the task at hand. Compared with the Treasury Department, the Fed is a cloistered and academic institution. At Treasury, politics is often one of the first considerations.”