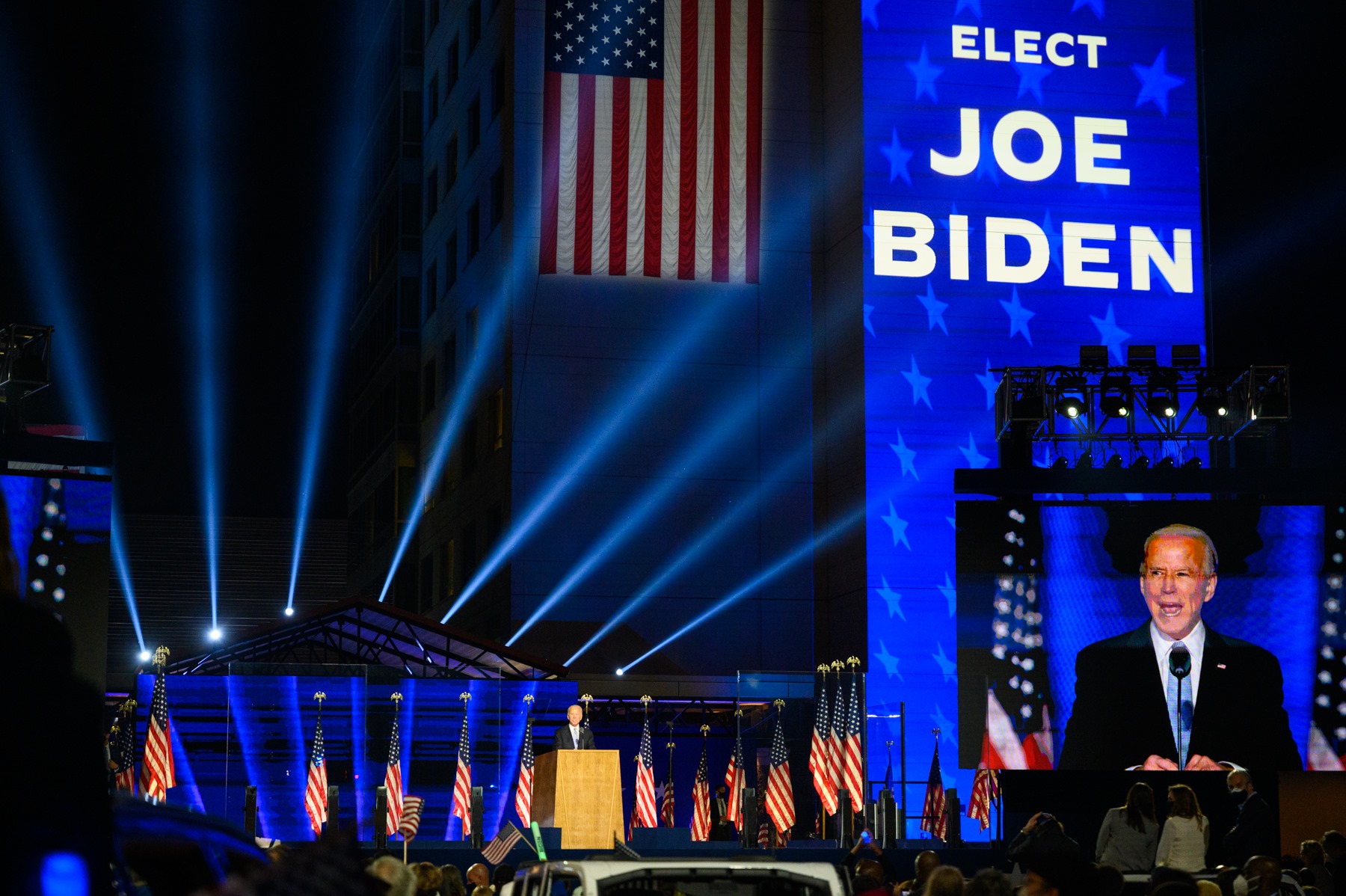 Associated Press: “The 2020 presidential race is turning into the zombie election that Trump just won’t let die. Despite dozens of legal and procedural setbacks, his campaign keeps filing new challenges that have little hope of succeeding and making fresh, unfounded claims of fraud.”

“But that’s the point. Trump’s strategy, his allies concede in private, wasn’t to change the outcome, but to create a host of phantom claims about the 2020 presidential race that would infect the nation with doubt and keep his base loyal, even though the winner — Biden — was clear and there has been no evidence of mass voter fraud.”

Georgia Secretary of State Brad Raffensperger (R) lambasted President Trump in a USA Today op-ed, saying that the commander in chief threw him under the bus although he voted for him.

Said Raffensperger: “By all accounts, Georgia had a wildly successful and smooth election. We finally defeated voting lines and put behind us Fulton County’s now notorious reputation for disastrous elections. This should be something for Georgians to celebrate, whether their favored presidential candidate won or lost. For those wondering, mine lost — my family voted for him, donated to him and are now being thrown under the bus by him.”

City officials in El Paso told KTSM that they would be hiring legal counsel in their fight to obtain $570,000 owed by President Trump’s reelection campaign from a rally held in the city in February 2019.

Sen. David Perdue (R-GA) sold off millions of dollars in shares of tech company Cardlytics, whose board of directors he once sat upon, in January — just as lawmakers learned of the potential economic devastation that the coronavirus pandemic could bring, the AP reports.

In March, while the stock market hit a three-year low, Perdue bought his stock back. His shares have since quadrupled in value.

“As a congressional ethics office investigates Rep. Steven Palazzo’s (R-MS) campaign spending, a deeper look at his campaign finances raises questions of whether he uses his account as a second personal income,” Mississippi Today reports.

“Palazzo has also spent tens of thousands of dollars on hotel rooms in D.C., Mississippi and beachside Florida resorts, entertainment and golfing — including a $3,100 golf cart. The campaign also has spent nearly $42,000 on ‘gifts.’”

“A razor-thin margin separating the Republican and Democrat candidates for an open southeast Iowa congressional seat continues to narrow as counties complete their recount of votes in what could become a single-digit race,” the Quad City Times reports.

New York Times: “In the end — and the postelection standoff instigated by Mr. Trump and his party is truly nearing its end — the president’s attack on the election wheezed to an anticlimax. It was marked not by dangerous new political convulsions but by a letter from an obscure Trump-appointed bureaucrat, Emily W. Murphy of the General Services Administration, authorizing the process of formally handing over the government to Mr. Biden.”

“For now, the country appears to have avoided a ruinous breakdown of its electoral system. Next time, Americans might not be so lucky.”

The Week: “Biden currently has 51 percent of the vote, versus 47.1 percent for Trump, making him also the first president since Franklin Delano Roosevelt in 1932 to unseat a sitting president with more than 51 percent. (Ronald Reagan won a landslide in the Electoral College in 1980 but got only 50.7 percent.)”

Washington Post: “The infighting now threatens to turn off the very Republican voters Perdue and Loeffler need to stave off challenges from their Democratic rivals, Jon Ossoff and the Rev. Raphael Warnock.”

“Trump and his allies have repeatedly, and falsely, accused Georgia Secretary of State Brad Raffensperger and Gov. Brian Kemp, both Republicans, of presiding over a fraudulent election. Trump has pushed the baseless claim that the Dominion Voting Systems machines used in Georgia were rigged as part of a global conspiracy, and Perdue and Loeffler have called for Raffensperger’s resignation.”

“But therein lies the conundrum: Perdue and Loeffler are traveling the state pleading with Republican voters to turn out on Jan. 5 — effectively asking Trump supporters to put their faith in the same voting system their president claims was manipulated to engineer his defeat.”

Politico: “Driven by Trump’s insistence that Georgia’s elections are indelibly rife with fraud, conspiratorial MAGA figures are calling for a boycott of the two Senate runoff races, slated for Jan. 5, that will determine which party controls the upper chamber.”

“Their reason: The two GOP candidates, Sens. Kelly Loeffler and David Perdue, are not only insufficiently pro-Trump, they may be complicit in Georgia’s electoral fraud.”

Will Wilkinson: “Democrats, struggling to make sense of it all, are locked in yet another round of mutual recrimination: They were either too progressive for swing voters — too socialist or aggressive with ambitious policies like the Green New Deal — or not progressive enough to inspire potential Democratic voters to show up or cross over.”

“But they should understand that there was really no way to avoid disappointment. Three factors — the logic of partisan polarization, which inaccurate polling obscured; the strength of the juiced pre-Covid-19 economy; and the success of Mr. Trump’s denialist, open-everything-up nonresponse to the pandemic — mostly explain why Democrats didn’t fare better.”

“This shocking strategy worked for Republicans, even if it didn’t pan out for the president himself. Moreover, it laid a trap that Democrats walked into — something they should understand and adjust for, as best they can, as they look ahead.”