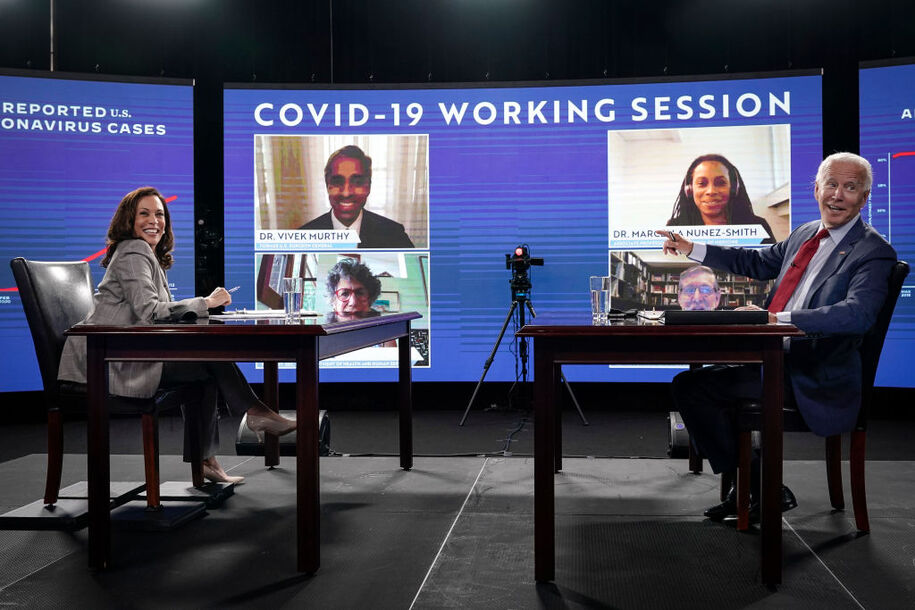 President Trump has told confidants he plans to pardon his former national security adviser Michael Flynn, who pleaded guilty in December 2017 to lying to the FBI about his Russian contacts, Axios reports.

Sources with direct knowledge of the discussions said Flynn will be part of a series of pardons that Trump issues between now and when he leaves office.

CNN reports “there have been discussions about pardoning multiple people in the President’s orbit.”

“The federal government plans to send 6.4 million doses of pharmaceutical giant Pfizer’s coronavirus vaccine to communities across the United States within 24 hours of regulatory clearance, with the expectation that shots will be administered quickly to front-line health-care workers,” the Washington Post reports.

Washington Post: “McConnell’s ongoing silence, even as the Trump administration moves to allow Biden to start his transition, leaves a question mark over what could be the most important Washington relationship of the next two years — between an incoming president who promised to tackle the nation’s most pressing concerns and the win-at-all-costs Capitol Hill operator who may well serve as his legislative gatekeeper.”

“The two men — Senate colleagues for 24 years and sparring partners in several high-stakes negotiations during Biden’s time as vice president — still have not spoken since the election.”

“The change was part of the ‘break glass’ plans Facebook had spent months developing for the aftermath of a contested election. It resulted in a spike in visibility for big, mainstream publishers like CNN, The New York Times and NPR, while posts from highly engaged hyperpartisan pages, such as Breitbart and Occupy Democrats, became less visible.”

“Town officials in Bedminster, N.J., have the plans for a possible Trump family future, or at least the blueprints: a major addition to Ivanka Trump and Jared Kushner’s ‘cottage’ on the grounds of the Trump National Golf Club, four new pickleball courts, a relocated heliport, and a spa and yoga complex,” the New York Times reports.

“As Manhattan awaits word of the Trump family’s return, the first daughter and her husband appear to be making preparations elsewhere: a Garden State refuge behind guarded gates, perhaps, or Florida, where President Trump is renovating his Mar-a-Lago estate.”

“But New York now seems inhospitable and nowhere in their plans.”

“One of President Trump’s favorite items on display in the Oval Office has been a model of Boeing’s Air Force One revamp that swaps Jackie Kennedy’s iconic light blue design for Trump’s preferred look: a white top and dark blue bottom set off with a red stripe,” Axios reports.

” A source familiar with the planning process tells Axios that Boeing has ‘not yet had conversations’ with the incoming Biden administration on the paint job for the 747-8s — which are being modified in San Antonio and won’t be ready until 2024.”

“But the source said that the look and feel of the planes are decisions that will be up to the sitting president at the time.”

New York Times: “Mr. Schiff, the California Democrat who leads the House Intelligence Committee, is quietly and methodically maneuvering for a second act. As other Democrats step forward this week for a slate of leadership posts under Speaker Nancy Pelosi, Mr. Schiff is biding his time but ruling out few possibilities, including a run for Senate, a Biden administration post or an eventual bid for the speakership or another top House leadership post.”

“There is perhaps no better sign of Mr. Schiff’s ambition than the amount of campaign cash he raised this election cycle for himself and Democrats up and down the ballot: $41 million… For now, Mr. Schiff’s chances of a top intelligence position in the Biden administration appear remote, his allies concede, in large part because of his success as Mr. Trump’s leading antagonist.”

“The FBI is investigating allegations that Texas Attorney General Ken Paxton (R) broke the law in using his office to benefit a wealthy donor,” the AP reports.

“Confirmation of the criminal probe marks mounting legal peril for Paxton, who’s denied wrongdoing and refused calls for his resignation since his top deputies reported him to federal authorities at the end of September.”

“The Trump White House blocked the Justice Department from making a deal in October 2019 to pay for mental health services for migrant families who had been separated by the Trump administration,” NBC News reports.

“Three sources involved in the discussions who requested anonymity said the Office of White House Counsel made the decision to reject the settlement of a federal lawsuit after consultation with senior adviser Stephen Miller, the driving force behind many of President Donald Trump’s immigration policies, including family separations.”

Politico: “Two months before Joe Biden assumes the presidency, Senate Republicans are racing to install a series of conservative nominees that will outlast Donald Trump. While Trump still refuses to concede the election, the Senate GOP is moving quickly to ensure that the president’s stamp sticks to the Federal Elections Commission, Federal Reserve Board, the federal judiciary and beyond.”

House Democratic leaders are proceeding with plans to bring back earmarks for the 117th Congress, Roll Call reports.  The three candidates to replace retiring House Appropriations Chairwoman Nita Lowey (D-NY) are all on board with restoring “congressionally directed spending,” as it has come to be known.

“In the final weeks of President Trump’s term, his administration intends to execute three inmates on federal death row, the last scheduled executions by the Justice Department before the inauguration of President-elect Joe Biden, who has signaled he will end federal use of capital punishment,” the New York Times reports.