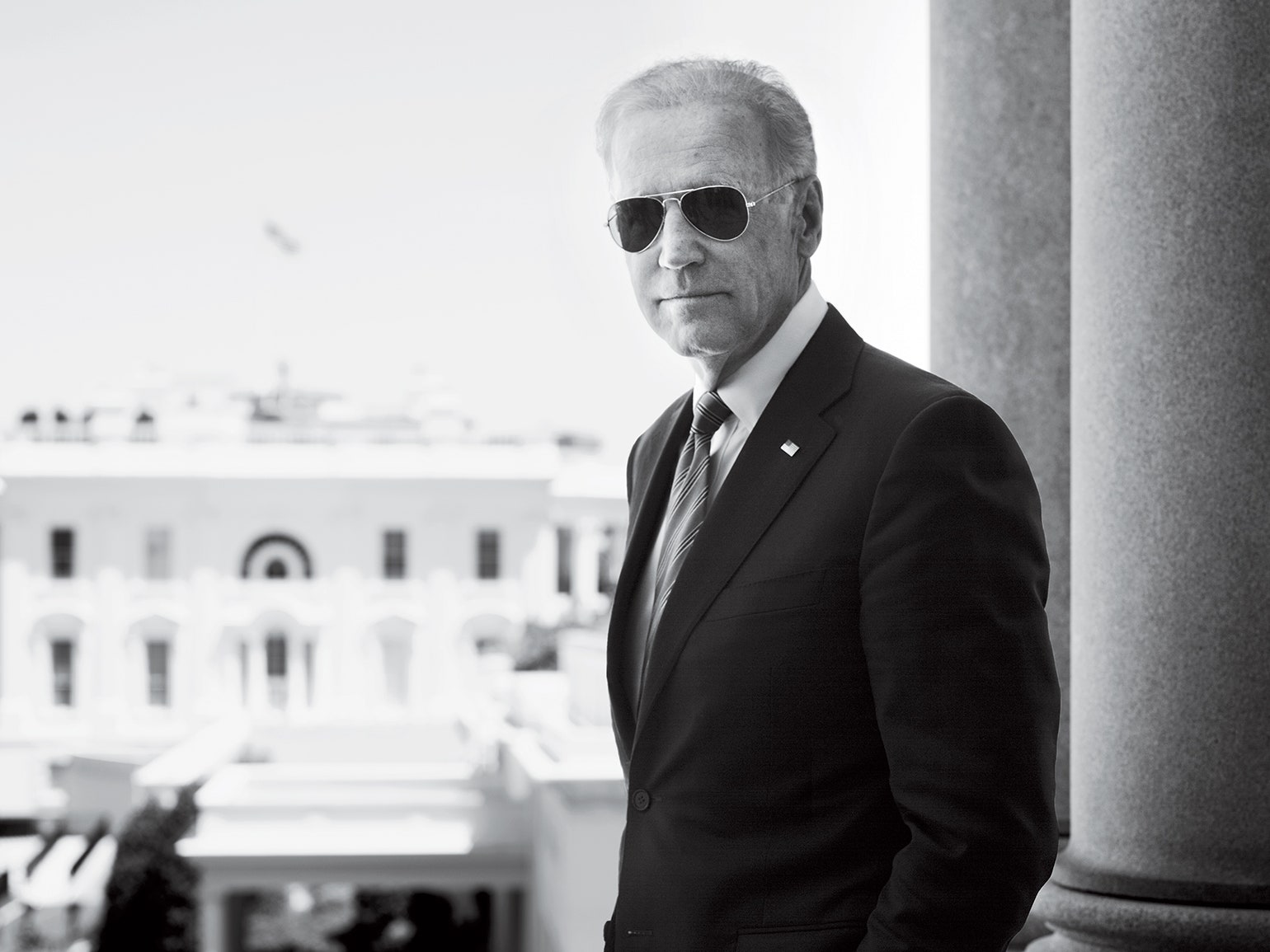 Bloomberg News is reporting that President-Elect Joe Biden intends to name his longtime foreign policy adviser and former Deputy Secretary of State Antony Blinken as Secretary of State. Blinken is an excellent choice, much better than a Chris Coons choice, and avoid controversy that would accompany a Susan Rice selection. Sources tell Bloomberg that Jake Sullivan, an ex-Hillary Clinton foreign policy adviser and former National Security Advisor to Vice President Biden, is expected to fill that role for a President Biden.

“Democrats close to President-elect Biden expect him to name Linda Thomas-Greenfield as ambassador to the United Nations, looking to a Black woman and respected diplomat to restore morale,” Axios reports.

There is further speculation, though unconfirmed, that Biden will also name the first woman Secretary of Defense in Michelle Flournoy. She was the front runner to be the Pentagon Chief if Hillary Clinton had won the Presidency in 2016.

“With Trump-allied insiders distancing themselves from massive and unproven election fraud allegations being made by Sidney Powell, the president’s legal team announced on Sunday that the attorney has no direct role in their efforts,” the Washington Examiner reports.

Former New Jersey Gov. Chris Christie on Sunday denounced a lack of evidence in President Trump’s legal challenges against election results as “a national embarrassment,” emphasizing that Trump has had his chance to prove allegations of widespread voter fraud in court, Axios reports.

Said Christie: “I have been a supporter of the president’s. I voted for him twice, but elections have consequences, and we cannot continue to act as if something happened here that didn’t happen. You have an obligation to present the evidence.”

“If you had done your job, America’s governors wouldn’t have been forced to fend for themselves to find tests in the middle of a pandemic, as we successfully did in Maryland. Stop golfing and concede.” — Maryland Gov. Larry Hogan (R), responding to President Trump on Twitter.

Said Klain: “Winning those two Senate seats in Georgia is important, but we’re going to do everything we can to help those two … great candidates in Georgia, help them win.”

President-elect Joe Biden’s incoming chief of staff, Ronald Klain, said that some of Biden’s first Cabinet picks will be revealed Tuesday, although he declined to say who or what positions will be announced, the Washington Post reports.

President Trump tweets a question: “Why is Joe Biden so quickly forming a Cabinet when my investigators have found hundreds of thousands of fraudulent votes, enough to ‘flip’ at least four States, which in turn is more than enough to win the Election?”

The answer: Because Joe Biden is the President-Elect.

Said McMaster: “If the Taliban establishes control of large parts of Afghanistan, gives safe haven and support base to terrorist organizations who want to commit mass murder against us on the scale of 9/11, we will be far less safe and vulnerable to these groups. And I think what happened is the prioritization of withdrawal over our interests led to us actually empowering the Taliban.”

“The voting rights group founded by Stacey Abrams is pumping $2.7 million to boost the work of a network of grassroots organizations ahead of the Jan. 5 runoffs – not to finance more TV ads but to strengthen their get-out-the-vote apparatus,” the Atlanta Journal Constitution reports.

Sen. Kevin Cramer (R-ND) told NBC News that the Trump administration should begin cooperating with President-elect Joe Biden’s transition team, even as he repeatedly defended President Trump’s attempts to challenge the results of the presidential election with unproven allegations of widespread fraud.

Said Cramer: “It’s past time to start a transition, to at least cooperate with a transition.”

A slew of expiring emergency programs are setting up an economic “COVID cliff” come 2021, which could see millions of people lose unemployment insurance and get evictions, while a growing wave of small businesses close shop, The Hill reports.

Axios: “With Thanksgiving canceled, doctors quitting their practices and grocers limiting purchase quantities (again), Americans have the ambient sense that our safety net is unraveling. Not only are things not returning to normal, they may not return to normal for a long time.”

“As President Trump brazenly seeks to delay the certification of the election in hopes of overturning his defeat, he is also mounting a less high-profile but similarly audacious bid to keep control of the Republican National Committee even after he leaves office,” the New York Timesreports.

“Ronna McDaniel, Mr. Trump’s handpicked chairwoman, has secured the president’s support for her re-election to another term in January, when the party is expected to gather for its winter meeting. But her intention to run with Mr. Trump’s blessing has incited a behind-the-scenes proxy battle, dividing Republicans between those who believe the national party should not be a political subsidiary of the outgoing president and others happy for Mr. Trump to remain in control of it.”

“President Trump has spent the three weeks since he lost the election savaging a pair of GOP governors for not backing his claims he was robbed,” Politico reports. “Republicans are worried it’s just the start of what’s in store from the soon-to-be-ex-president.”

“Trump’s attacks on Georgia Gov. Brian Kemp and Ohio Gov. Mike DeWine — both of whom are up for reelection in 2022 — has led to broader concerns within the party that he will use his post-presidency to exact revenge on perceived enemies and insert himself into races in ways that are not helpful.”

“Joe Biden spent months of his presidential campaign safely ensconced in his basement, communicating to the country via a television camera. His convention speech was delivered to a near-empty room in Delaware. His remarks after being declared the 46th president were given before a distanced parking lot full of honking cars,” the Washington Post reports.

“And now, as candidate Biden transitions to President Biden, he is planning an inauguration ceremony that, like his campaign, will look like no other in recent American history.”

Sen. Kelly Loeffler’s (R-GA) campaign said Saturday she is self-isolating after she tested positive for the coronavirus and later received an inconclusive result, the Atlanta Journal Constitution reports.

It’s not clear how the diagnosis will affect her nationally-watched Jan. 5 runoff.

President Trump requested a recount of votes in Georgia presidential race after results show Joe Biden winning the state, the AP reports. This would be the third recount of Georgia.

“President Trump’s campaign is seeking to use a recount of the presidential election in Wisconsin to attempt to invalidate tens of thousands of votes in the state, making sweeping challenges to whole categories of ballots cast in the state’s two Democratic-leaning counties in his last-gasp effort to reverse President-elect Joe Biden’s win,” the Washington Post reports.

“As a recount began on Friday in Dane and Milwaukee counties — home to the cities of Madison and Milwaukee — Trump lawyers argued that officials should not merely retabulate all the votes cast in the Nov. 3 election to reconfirm they’d been counted properly.”

“Instead, they argued that large batches of ballots had been improperly accepted and counted in the first place.”

“The FDA granted emergency authorization to the experimental antibody treatment given to President Trump last month when he developed covid-19, the disease caused by the coronavirus,” the Washington Post reports.

“The drug, made by Regeneron Pharmaceuticals, is designed to prevent infected people from developing severe illness. Instead of waiting for the body to develop its own protective immune response, the drug imitates the body’s natural defenses.”

Sen. Pat Toomey (R-PA) released a statement saying Donald Trump has “exhausted all plausible legal options” and told him to “accept the outcome of the election and facilitate the presidential transition process.”

He added: “I congratulate President-elect Biden and Vice President-elect Kamala Harris on their victory. They are both dedicated public servants and I will be praying for them and for our country.”

“President Trump would have the world falsely believe that he won the election and is preparing for a second term,” the Washington Post reports.

“In private huddles and phone conversations, however, Trump has been discussing an entirely different next act: another presidential run in 2024.”

“In a nod to the reality that he is destined to leave office in January, the president is seriously contemplating life beyond the White House, telling advisers that he wants to remain an omnipresent force in politics and the media — perhaps by running for the White House again.”

“Trump has told confidants that he could announce a 2024 campaign before the end of this year.”

“The calls from senators reflect a recognition that Democratic lawmakers may not be able to pass a transformative legislative agenda after under-performing in congressional races. And unless Democrats win two Georgia Senate runoffs on Jan. 5, Biden will be the first president since 1989 to enter office without his party controlling both chambers of Congress.”