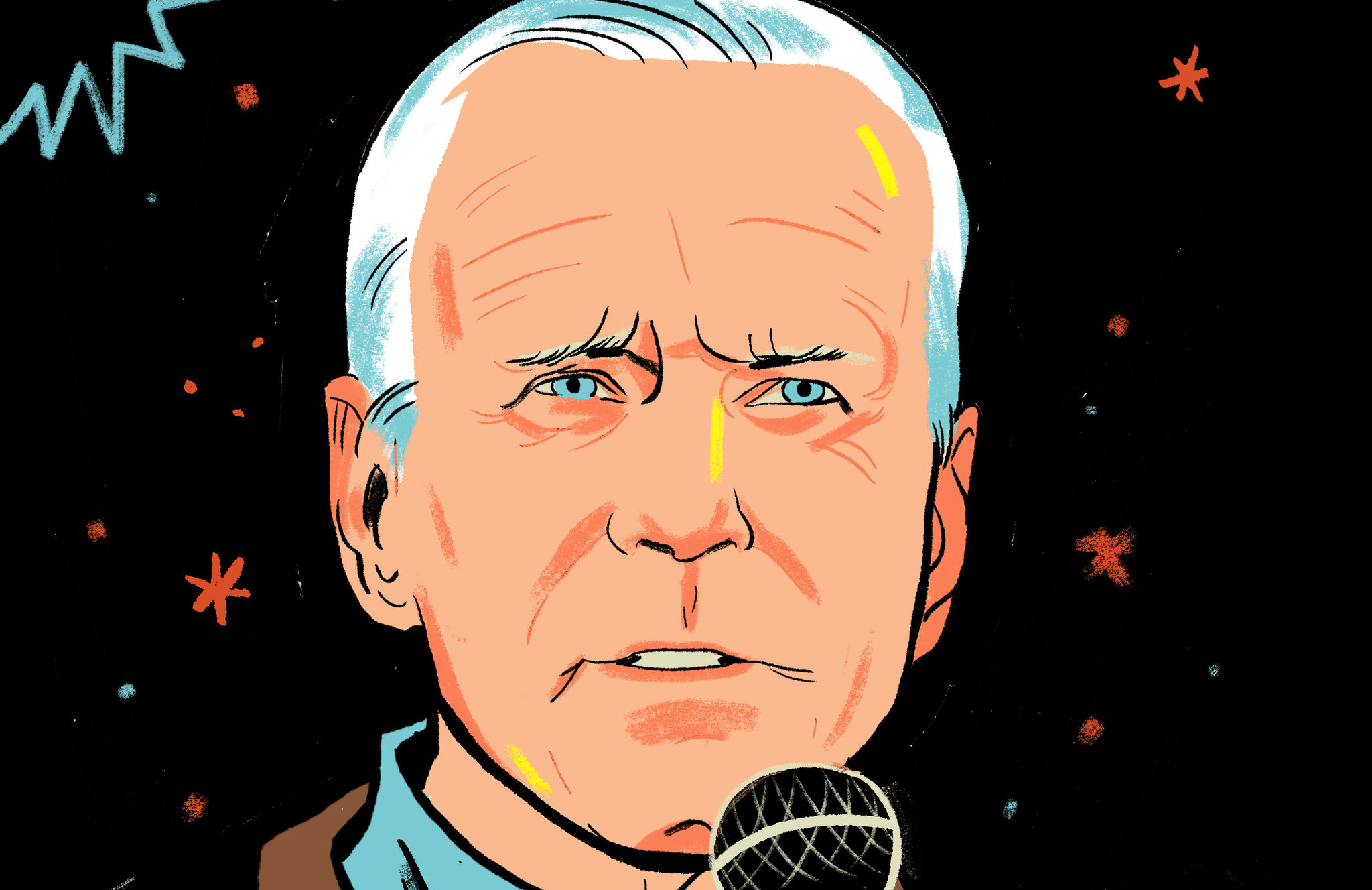 “A Republican member of Michigan’s state canvassing board broke with his GOP colleague Monday, joining two Democrats in voting to certify the state’s election results,” the Detroit Free Press reports.

Washington Post: “The decision dealt another blow to Trump’s unprecedented effort to undo Biden’s win by attempting to delay the certification of the election results in key states.”

“The Pennsylvania Supreme Court dealt the Trump campaign yet another legal loss, ruling that mail-in ballots cast in the state’s election can be counted even if a voter failed to completely fill out the envelope,” CNBC reports.

“President Trump’s push to subvert the 2020 election results may be hours away from collapse, as election officials push toward certifying President-elect Joe Biden’s wins in key states,” Politico reports.

President Trump is worried that his campaign’s legal team, which is being led by his personal lawyer Rudy Giuliani, is comprised of “fools that are making him look bad,” NBC News reports.

“That crew, which has unironically called itself an ‘elite strike force team,’ to date has failed to win any legal victories that would invalidate votes for Biden, the former Democratic vice president, even as the legal eagles tout wildly broad claims of fraud for which they have offered no convincing evidence.”

Even Rush Limbaugh slammed Trump’s lawyers: ‘They promised blockbuster stuff and then nothing happened.”

Interestingly, neither is how Joe Biden actually won the election. The problem with both theories is they also assumed Trump had maxed out his support among non-college educated and rural voters. If Democrats could lift turnout dramatically, the thinking went, they would win in a landslide. That turned out to be very wrong.

First, early evidence suggests the Obama-Trump voters mostly stuck with Trump this year, despite Biden’s supposed working class appeal. And second, Biden actually received a smaller share of the Obama coalition — particularly Black and Hispanic voters — than Hillary Clinton did in 2016. It turns out the socioeconomic similarities between non-college educated voters– regardless of race — made Trump a more attractive candidate than Democrats anticipated.

That suggests, as Nate Cohn points out, that Biden won using pretty much the same 1990s Democratic establishment playbook that Clinton used. It’s just that he was a more appealing and less polarizing candidate. That also helps explain why Biden was able to flip traditional suburban Republican voters who were turned off by Trump but had limited coattails to help other downballot Democrats.

Politico: “Ahead of another brutal fight for Senate control and a 2022 map tilted against the GOP, Republicans are racing to persuade their incumbents to run again. Leadership is already getting some positive results, with a number of GOP senators signaling they will run for reelection in battleground states.”

“The tough map for Senate Republicans is likely to have a huge impact on what, if any, deals McConnell makes with President-elect Joe Biden and Minority Leader Chuck Schumer (D-NY). And as in this last cycle, McConnell will be looking to protect vulnerable incumbents — both by moving legislation they support and saving them from having to cast tough votes.”

Jonathan Bernstein: “I’m hardly the first to say this, but one thing remains clear about Donald Trump as a politician: No one has more contempt for his supporters than the president himself and those around him.”

“Trump is currently taking his allies through a crash course in disdain for democracy. He’s inventing, repeating or embellishing entirely false accusations about fraud. He’s asking the courts to toss out hundreds of thousands of legal votes for basically no reason. He’s demanding that the election results be overturned altogether by Republican officials — judges in some cases, election administrators in others, or even state legislators in an extreme scenario. It could hardly be more unconstitutional and undemocratic. Oh, and it’s entirely impractical: Trump’s legal and political strategies have no realistic chance of working…”

“Trump and his allies are treating their own supporters as if they were the easiest marks in the world, willing to fall for whatever wild claims the president can come up with to keep their resentment boiling and their donations flowing. And while it’s true that some Democratic politicians have said nasty things over the years about rank-and-file Trump voters, none of them has ever reached that level of contempt.”

Axios: “The media remains fairly clueless about the America that exists outside of the big cities, where most political writers and editors live. The coverage missed badly the surge in Trump voters in places obvious (rural America) and less obvious (Hispanic-heavy border towns in Texas).”

“Let’s be honest: Many of us under-appreciated the appeal of Trump’s anti-socialism message and the backlash against the defund-the-police rhetoric on the left.”

“The media (and many Democrats) are fairly clueless about the needs, wants and trends of Hispanic voters. Top Latinos warned about overlooking and misreading the fastest-growing population in America — but most didn’t listen. Hispanics will shape huge chunks of America’s political future, so a course correction is in order.”

Greg Sargent: “So is this really how it’s going to be? Will it now become a fact of our political life that Democrats will be required to win future presidential elections by steal-proof margins in order to prevail?”

“With President Trump’s attempts to overturn the election continuing in Michigan and Wisconsin, more Republicans are distancing themselves. They are ‘subtly urging’ Trump to accept reality and are ‘losing patience’ with his antics, we are told. But in the very formulation that some of these Republicans have adopted — and in the sheer numbers who have refrained from going even this far — there is grounds for serious pessimism about what all this portends.”

“What happens if the last-ditch tactic Trump’s team has adopted — trying to get rogue GOP-controlled state legislatures to appoint pro-Trump electors to the electoral college in defiance of their state’s voters — becomes seen as a conventional tool of political warfare, akin to more typical voter suppression efforts?”

New York Times: “The Republican Senate candidates in Georgia are spending tens of millions of dollars on an almost entirely negative advertising campaign, embracing a strategy of riling up the conservative base instead of reaching out to a cross-section of voters in hopes of generating enough turnout to win two critical runoff elections that will decide control of the Senate…”

“There is no run to the center, despite Georgia’s voting for a Democratic presidential nominee for the first time in decades and proving itself to be a true battleground state… At campaign events and debates, as well as on airwaves with more than 27 different ads currently appearing, the candidates are racing furiously to motivate their own bases instead of catering to swing voters. Both parties have bet the house on turnout, not persuasion.”

Amy Walter: “One of the theories given for why pre-election polling underestimated President Trump’s share of the vote was that pollsters failed to anticipate the huge surge in turnout among Trump’s base. One hypothesis is that these voters presented themselves as ambivalent voters — showing less interest in voting than others — and as such, didn’t make it through a likely voter screen.”

“However, given the fact that the long-stated goal of the Trump campaign was to find, register and turn out every single person who fit into the Trump demographic —especially white voters living in small town and rural areas of the Midwest — the fact that these voters ultimately showed up Election Day shouldn’t necessarily come as such a surprise.”

“Regardless, the battle over ‘what the pollsters got wrong’ is missing the bigger picture: Trump’s all-base-all-the-time strategy was a failure.”

“In an election that cost an estimated $14 billion, Mr. Bloomberg is one of dozens of wealthy individuals who saw arguably poor returns on some political investments.”

“As speculation grows that Gov. Gavin Newsom is leaning toward California elections chief Alex Padilla to fill the U.S. Senate seat of Vice President-elect Kamala Harris, a crowd of top Democratic donors and former San Francisco Mayor Willie Brown are launching an aggressive campaign to argue that another woman of color should fill that seat instead,” Politico reports.

Seattle Times: “Loren Culp lost Washington’s gubernatorial race by more than 545,000 votes, but he’s not conceding — and says he’s not going away.”

“Culp, the Republican who took 43% of the statewide vote against Gov. Jay Inslee, has taken a page from President Trump’s playbook by attempting to sow doubts about the election results and lobbing unsubstantiated claims of voter fraud.”

White House Chief of Staff Mark Meadows, who represented far-western North Carolina in the U.S House, said Friday he would not run for U.S. Senate in 2022, the Raleigh News and Observer reports.

Said Meadows: “I love the people of North Carolina. But I not only have no plans, I have no intentions to run for the Senate in 2022.”

He added: “I’ve had a number of people talk about running for that seat, if indeed Sen. Burr retires. My conversations have included some of the sitting House members as well as Lara Trump, and, to my knowledge, no one’s made a definitive decision on whether to toss their hat in the ring or not. But in terms of my hat, it won’t be in the ring.”