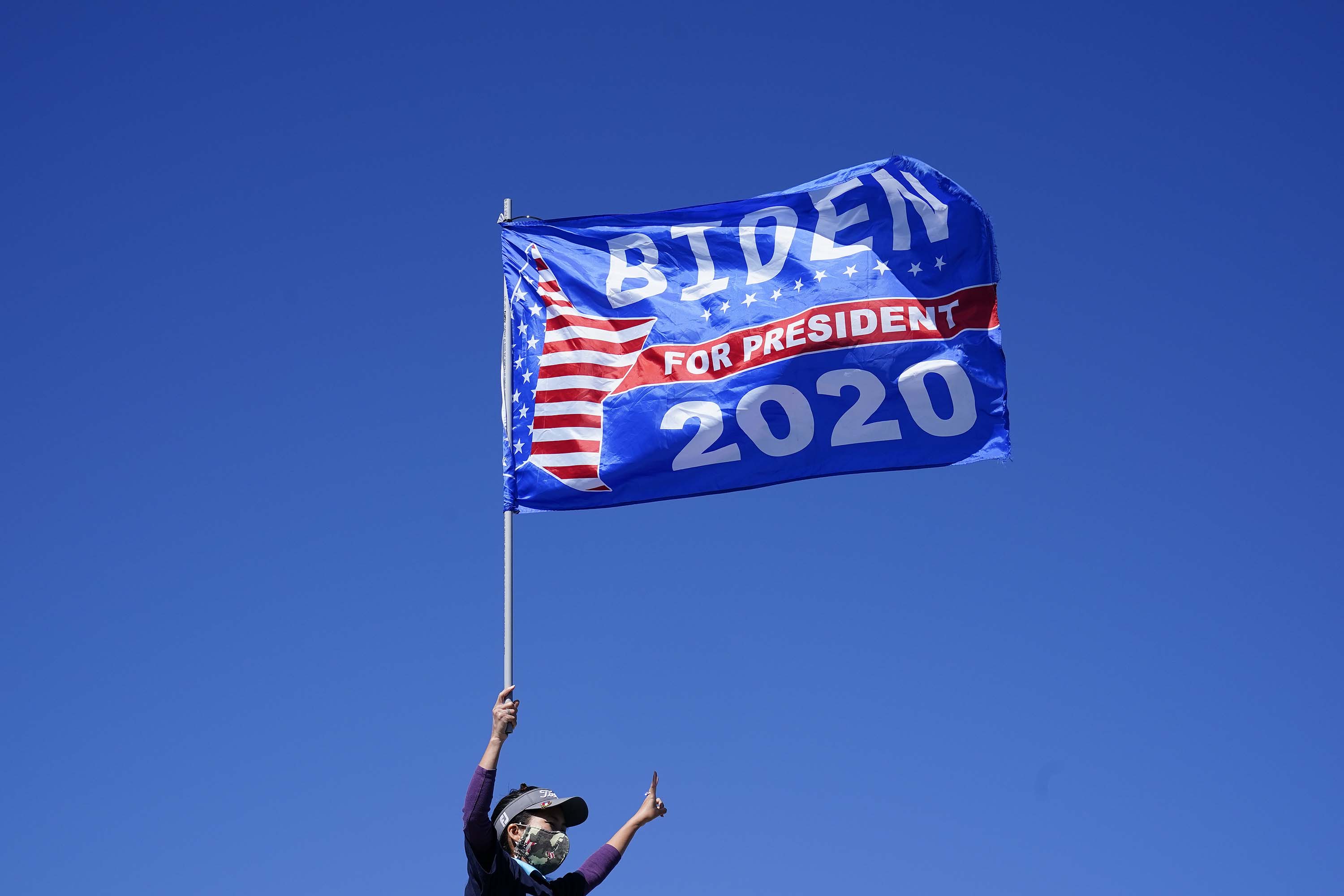 President Trump will ask for a partial recount of election results in Wisconsin,  Fox News reports.

Said Raffensperger: “In effect, what you’re doing is you are suppressing your own voters. I have no control over what campaigns do, and if they do ill-advised actions that suppress their own vote, what can I do?”

“There is no worse time for Georgia Republicans to be engulfed in a civil war. Their presidential candidate just narrowly lost the state, which has long been a conservative safe space, while two competitive runoff races are looming in January that could determine control of the U.S. Senate — and the direction of the country for the first part of this decade,” the New York Times reports.

“And yet the war has come, full of double-crossing, internecine accusations of lying and incompetence, and a bitter cleavage into factions over the question of how much fealty should be shown to President Trump — and the extent to which Republicans should amplify his false argument that the election in this fast-changing Southern state was stolen from him.”

A new Monmouth poll finds that 34% of the country is “happy” that Donald Trump lost the election – which is slightly more than the 26% who feels the same about Joe Biden winning.

The poll also finds a majority of Americans are confident that the election was conducted fairly, although most Trump voters think Biden’s victory is due to voter fraud.

About half of all Republicans believe President Trump “rightfully won” the U.S. election but that it was stolen from him by widespread voter fraud that favored Democratic President-elect Joe Biden, according to a new Reuters/Ipsos poll.

FiveThirtyEight: “Joe Biden may have won the White House, but down-ballot races were much better for Republicans. In fact, the GOP’s victories in state-level elections could pay dividends long after Biden leaves office, thanks to their influence over next year’s redistricting process.”

“Both parties went into the election with a chance to draw more congressional districts than the other, but the end result was just about the best-case scenario for Republicans. As the map below shows, Republicans are set to control the redistricting of 188 congressional seats — or 43 percent of the entire House of Representatives. By contrast, Democrats will control the redistricting of, at most, 73 seats, or 17 percent.”

Byron York: “Republicans from Mitch McConnell down are telling Trump he has the opportunity to leave the Republican Party in a stronger position in Washington than any GOP president since Ronald Reagan. George W. Bush left Washington with Democrats in control of the White House, the Senate, and the House of Representatives. So did George H.W. Bush. Trump has the chance to leave with Republicans in control of the Senate. A GOP Senate can stop Biden’s legislative agenda cold.”

“In more blunt terms, helping Republicans win the Senate would be the best way for Trump to stick it to Biden, to stick it to Chuck Schumer, to stick it to Nancy Pelosi, to get some measure of payback, and to walk away from Washington with Republicans having real power to preserve some of Trump’s accomplishments. If Trump will work for Perdue and Loeffler victories, it will add one final accomplishment to an already impressive list of things Trump got done in a single term. The GOP’s future for the next few years could depend on Trump’s embrace of that view.”

Business Insider: “Behind the scenes, Mike and Karen Pence are gaming out everything from where they will soon be living (they don’t own a home) to how they will bide their time until the next presidential election campaign begins in earnest about two years from now, said Republicans familiar with their discussions.”

“Three Republicans said they could easily see Pence running a conservative college like Liberty University in rural Virginia or Hillsdale College in south central Michigan. Both schools are well known as training grounds for activists and aspiring political operatives on the right. They also said he could easily take over a prominent national think tank like the Heritage Foundation, and keep his name in the news without directly challenging Trump.”

“Karen Pence in particular has taken on the job of deciding which advisers will stay on their payroll as they downsize from the vice president’s office to a much slimmer campaign-in-waiting.”

FiveThirtyEight: “The answer is pretty simple: The Atlanta area turned really blue in the Trump era. Definitions differ about the exact parameters of the Atlanta metropolitan area, but 10 counties are part of a governing collaborative called the Atlanta Regional Commission. Almost 4.7 million people live in those 10 counties, or around 45 percent of the state’s population.”

Rep. Max Rose (D-NY) “is considering a quick return to politics after losing his House seat this month,” Yahoo News reports.  “Rose has begun laying the groundwork for a potential mayoral campaign in New York City.”

Joe Biden’s own data team wasn’t certain he’d won the election until 6:30 am on November 4, according New York Magazine.

The Hill: “The crucial counties that swung toward President Trump four years ago mostly stuck with the same candidate in the 2020 elections, in an indication of the rural-urban divide that is increasingly coming to define American politics.”

“In 2016, 206 counties that had voted twice for President Barack Obama backed Trump over Hillary Clinton. This year, Trump won 176 of those same counties, while President-elect Joe Biden won 20 of them; eight counties in Maine and two in Illinois are still counting votes, though Trump is almost certain to prevail in each.”

Daily Beast: “Trey Trainor may not be a household name. But as head of the Federal Election Commission, he has oversight of the campaign finance system that underpins federal elections. And in recent days, he’s been floating baseless election fraud conspiracy theories sourced entirely to a Trump attorney who believes the Fed is out to tank the American economy in order to enrich George Soros.”

“It wasn’t just one bad cycle. For Democrats in Florida, Election Day 2020 was a tipping point in a long, painful buildup to irrelevancy. After suffering crushing losses from the top of the ballot down, the state party now is mired in a civil war that could have profound consequences for future elections,” Politico reports.

“Even as Joe Biden heads to the White House, state Democrats know that President Donald Trump did more than just win in Florida. He tripled his 2016 margin and all but stripped Florida of its once-vaunted status as a swing state.”