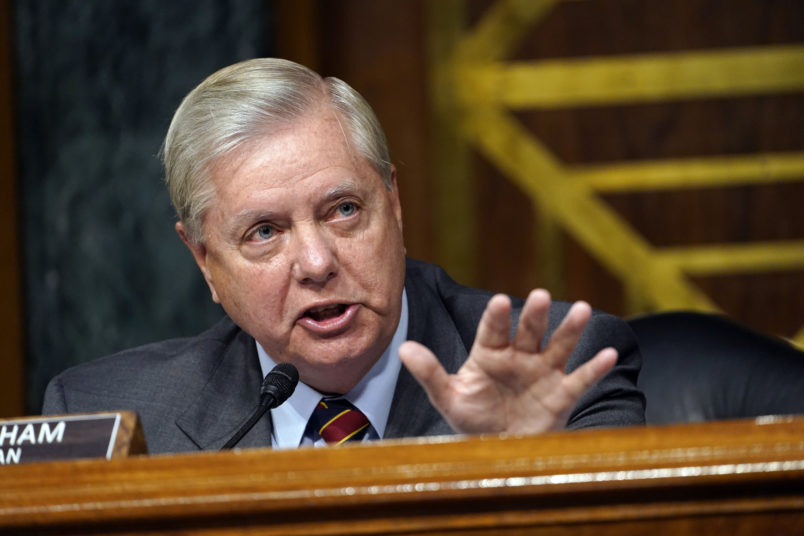 Rick Hasen: “With an overwhelming number of losses and withdrawals of cases, there is no path for the Trump campaign to overturn the results in a single state, much less states making up more than 36 electoral college votes.”

“It’s over. Trump may still say he has won the election. But there is no path. Even the two key federal cases in Pennsylvania do not involve nearly enough votes to overturn the results there even if they were successful (and I don’t expect them to be).”

ABC News: “The Trump campaign and its supporters have filed at least 18 cases in battleground states, targeted because the president trailed Democrat Joe Biden by a comparatively narrow margin. With rare exception, the Trump campaign has been losing in court — regardless of whether the judges were appointed by Democratic or Republican presidents. The filings have only garnered two favorable rulings to date, and numerous denials and dismissals.”

“Rather than revealing widespread — or even isolated — fraud, the effort by Trump’s legal team has so far done the opposite: It’s affirmed the integrity of the election that Trump lost. Nearly every GOP challenge has been tossed out. Not a single vote has been overturned,” the Washington Post reports.

“President Trump’s campaign on Sunday scrapped a major part of its federal lawsuit challenging the election results in Pennsylvania,” the Washington Post reports. “Trump’s attorneys filed a revised version of the lawsuit, removing allegations that election officials violated the Trump campaign’s constitutional rights by limiting the ability of their observers to watch votes being counted.”

“Several of the key members of the team that helped deliver the presidency for George W. Bush after the Florida recount in 2000 don’t see a path for President Trump to overturn the election won by President-elect Joe Biden,” Bloomberg  reports.

While Trump trailed Hillary Clinton by 2.9 million votes nationally in 2016, David Wasserman says he’s on track to lose to Biden by more than 7 million votes this year.

“In a contest defined by record turnout for both candidates, the outcome of the race hinged on who was able to attract the most new votes — and where.”

“A blue wave in the majority-white suburbs of Pennsylvania and Georgia was pivotal to Mr Biden’s win in the electoral college. In Arizona, both majority-white and majority-Latino areas in Phoenix and Tucson contributed tens of thousands of net votes to Mr Biden, overturning a swing towards Mr Trump in majority-white rural areas.”

“Exit polls in Pennsylvania show that Biden’s victory came not from big inroads among White voters without college degrees,” the Washington Post reports.

“He lost them by about the same margin — 32 points — as Hillary Clinton did in 2016. And in 2020, those voters made up 45 percent of the Pennsylvania electorate, compared with 40 percent in 2016. Biden won with Black votes in Philadelphia and a larger share of the suburban vote around Philadelphia than Clinton four years ago.”

“After a week of attacks from Trump and his allies claiming that his apparent loss in Georgia was due to voting irregularities, Brad Raffensperger fired back Sunday night, writing a series of Facebook posts knocking back the claims and taking a swipe at Rep. Doug Collins, a top Trump deputy.”

Raffensperger (R) said that he has come under increasing pressure from fellow Republicans, including Sen. Lindsey Graham (R-SC), to question the validity of legally cast absentee ballots in an effort to reverse President Trump’s narrow loss in the state, the Washington Post reports.

The atmosphere has grown so contentious, Raffensperger said, that both he and his wife have received death threats, including a text to him that read: “You better not botch this recount. Your life depends on it.”

The normally mild-mannered Raffensperger saved his harshest language for Rep. Doug Collins (R-GA), who is leading the president’s effort to prove fraud in Georgia and whom Raffensperger called a “liar” and a “charlatan.”

Daily Beast: “Democrats are still losing the war online. Part of the deficit is strictly a matter of cash… But much of it, those in the field say, is in building the type of news and organic content ecosystem that can match the scale that currently exists on the right.”

“Not everyone in the party buys the logic. There is a thread of thinking among some Democrats that the insular universe that conservatives have built online is both impenetrable and not worth duplicating. … But others who work in digital politics argue that the party can’t simply assume that its voters will always be reachable through traditional means; and that it is a massively important investment to create online content that can bring in new audiences.”

Michelle Obama excoriated President Trump and first lady Melania Trump on Instagram for refusing to behave “maturely” and blocking the smooth transition of power to President-elect Joe Biden. Obama wrote about how she welcomed the Trump to the White House in 2016 despite the fact that Donald Trump had “spread racist lies about my husband that had put my family in danger.”

She added: “That wasn’t something I was ready to forgive. But I knew that, for the sake of our country, I had to find the strength and maturity to put my anger aside.”

“The Georgia Republican Party is beset with infighting, as leading Republicans in the state come under public attack from President Trump and his supporters following his apparent defeat by President-elect Joe Biden there—the first loss by a GOP presidential candidate since 1992,” the Washington Post reports.

“The internal strains come as state party leaders are trying to rally support for two sitting senators facing Jan. 5 runoffs that will determine control of the U.S. Senate.”

“Trump fared well among voters who said the economy was their top concern, and he even won votes in places that didn’t fare particularly well under his presidency. This is perhaps a continuation of the 2016 election, when Trump won a huge share of places that had struggled under President Barack Obama. Democrats tended to view the 2020 election more as a referendum on Trump, especially his response to the pandemic.”

Alaska voters look likely to approve an initiative implementing ranked choice voting along with a nonpartisan primary where the top four candidates advance, the Fairbanks Daily News-Miner reports. While that would be an interesting move for Alaska, it could have implications nationwide.

That’s because it could give Sen. Lisa Murkowski (R-AK) the political cover to act as a de facto independent in the U.S. Senate. If the Georgia Runoffs offer a split decision, where Senator Perdue hangs on against Jon Ossoff while the Reverend Warnock defeats the odios Kelly Loeffler, then the party breakdown will be 51-49 for the GOP. But if Murkowski feels like she can act like an independent — and not be punished in a Republican primary for bucking her party — she could effectively tip control of the Senate depending on the issue.

If she voted with Democrats, Vice President Kamala Harris would break a tie. If Senate Majority Leader Mitch McConnell (R-KY) refused to bring a bill to the floor, she could threaten to caucus with Democrats. Overnight, Murkowski would become one of the most powerful senators in Washington, D.C.

Sen. David Perdue (R-GA) has declined an invitation to debate challenger Jon Ossoff (D) ahead of the January runoff election for his seat, CNN reports.

“Georgia’s hand audit of ballots cast in the presidential election is proceeding rapidly with little change in the results so far, according to lawyers working for President-elect Joe Biden’s campaign,” Bloomberg reports.

“Some 48 of the state’s 159 counties have finished their examination of the ballots with either no change or minor shifts — differences of fewer than five votes in some instances.”