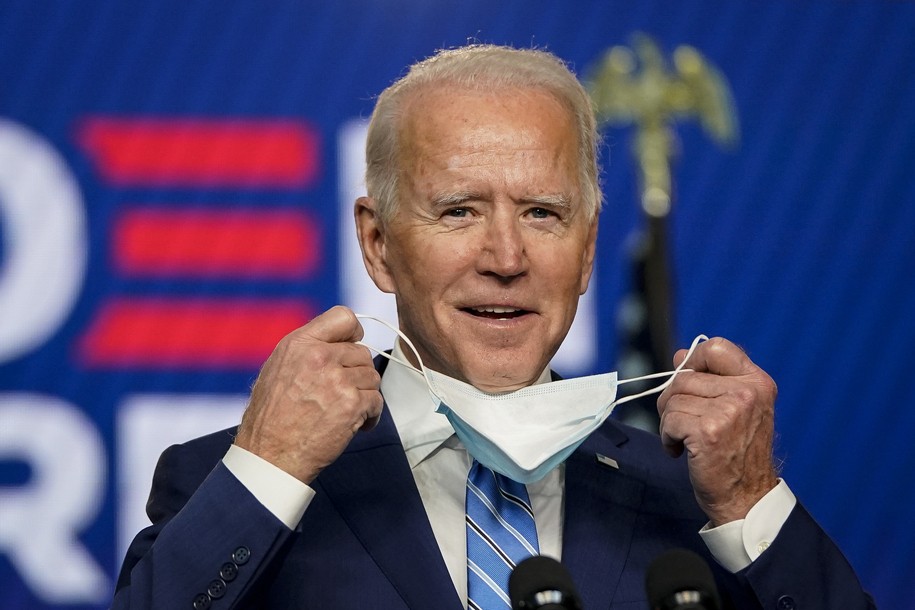 Pfizer and partner BioNTech said Monday that their vaccine against Covid-19 was strongly effective, exceeding expectations with results that are likely to be met with cautious excitement — and relief — in the face of the global pandemic, Stat reports.

New York Times: “The company said that the analysis found that the vaccine was more than 90% effective in preventing the disease among trial volunteers who had no evidence of prior coronavirus infection. If the results hold up, that level of protection would put it on par with highly effective childhood vaccines for diseases such as measles. No serious safety concerns have been observed, the company said.”

New York Times: “Operation Warp Speed, the federal effort to rush a vaccine to market, has promised Pfizer $1.95 billion to deliver 100 million doses to the federal government, which will be given to Americans free of charge. But Pfizer executive Kathrin Jansen sought to distance the company from Operation Warp Speed and presidential politics, noting that the company — unlike the other vaccine front-runners — did not take any federal money to help pay for research and development.”

Said Jansen: “We were never part of the Warp Speed. We have never taken any money from the U.S. government, or from anyone.”

New York Times: “The rate of new cases is soaring, and for the first time is averaging more than 100,000 a day in the United States, which has reported more Covid-19 cases than any other country. An astonishing number — one in 441 Americans — have tested positive for the virus just in the last week.”

“With 29 states setting weekly case records, the virus is surging at a worrisome level in more than half the country. Nationwide, hospitalizations have nearly doubled since mid-September, and deaths are slowly increasing again, with few new interventions in place to stop the spiraling outbreak.”

“The United States’ surging coronavirus outbreak is on pace to hit nearly 1 million new cases a week by the end of the year — a scenario that could overwhelm health systems across much of the country and further complicate President-elect Joe Biden’s attempts to coordinate a response,” Politico reports.

“Biden, who is naming his own coronavirus task force Monday, has pledged to confront new shortages of protective gear for health workers and oversee distribution of masks, test kits and vaccines while beefing up contact tracing and reengaging with the World Health Organization. He will also push Congress to pass a massive Covid-19 relief package and pressure the governors who’ve refused to implement mask mandates for new public health measures as cases rise.”

Washington Post: “A leading candidate for the post is Federal Reserve governor Lael Brainard, who served as a senior Treasury Department official in the Obama administration. Brainard has broad policymaking experience, particularly during economic crises, as well as wide respect among international foreign ministries and central banks from her time as the department’s top diplomat.”

“At the same time, Biden could face pressure from the Democratic Party’s left wing to pick a more liberal figure, someone who could push for aggressive financial overhauls and prove more adversarial to supporters of free trade. Such a nominee, however, could face difficulty winning Senate confirmation if Republicans retain control.”

“A Trump administration appointee is refusing to sign a letter allowing President-elect Joe Biden’s transition team to formally begin its work this week, in another sign the incumbent president has not acknowledged Biden’s victory and could disrupt the transfer of power,” the Washington Post reports.

Zeynep Tufekci: “It’s not that Trump is completely without talent. His rallies effectively let him bond with his base, and test out various messages with the crowd that he would then amplify everywhere. He has an intuitive understanding of the power of attention, and he played the traditional media like a fiddle—they benefited from his antics, which they boosted. He also clearly sensed the political moment in 2016, and managed to navigate his way into the presidency, though that probably had more to do with instinct than with deep planning.”

“Luck aside, though, Trump is not good at his job. He doesn’t even seem to like it much. He is too undisciplined and thin-skinned to be effective at politics over a sustained period, which involves winning repeated elections. He seems to have been as surprised as anyone else that he won in 2016. While he hates the loser branding that will follow him now, he’s probably fine with the outcome—especially since he can blame it on fantastical conspiracies involving theft or ballot-stuffing or the courts—as long as he can figure out how to escape the criminal trials that are certainly coming his way. (A self-pardon? A negotiated pardon? He will try something.)”

“Trump ran like a populist, but he lacked the political talent or competence to govern like an effective one.”

“The court will hear a lawsuit Tuesday that likely represents Republicans’ last chance to knock out a health care law they’ve opposed for over a decade, and that President-elect Joe Biden is vowing to expand. One of the most-watched participants at the oral arguments will be Trump’s latest appointee to the high court, Amy Coney Barrett,” Politico reports.

“The case takes up whether Congress, by eliminating the penalty for not having health insurance, made all of Obamacare unconstitutional. It marks the third major challenge to the health care law heard by the Supreme Court and is regarded in legal circles as perhaps the weakest among those. Few in the $3.6 trillion health care industry believe even the court’s fortified 6-3 conservative majority would overturn the law… But the law’s survival depends on support from at least two conservative justices – likely including at least one of Trump’s picks.”

HUD Secretary Ben Carson tested positive for the coronavirus this morning, ABC News reports. His deputy chief of staff says he’s “in good spirits and feels fortunate to have access to effective therapeutics which aid and markedly speed his recovery.” Carson attended the election night party at the White House.

A Ukrainian businessman told the Times of London that he was asked to lie about Hunter Biden’s business dealings to damage Joe Biden’s reputation. In return, he was promised a U.S. visa and legal immunity.

Senate Majority Leader Mitch McConnell (R-KY) praised Republican senators and House members who won re-elections, but for presidential race he said “no states have yet certified their election results” and President Trump is “100% within his rights” to weigh legal options. He made no mention of Joe Biden.

Jonathan Chait: “President Trump’s claims that he actually won the 2020 election and will somehow prevail upon the courts to overturn the results stand zero chance of proving true. Not unlikely. Not remote. Zero.”

GOP leaders and confidants of President Trump tell Axios “his legal fight to overturn President-elect Joe Biden’s victory — which they admit is likely doomed — could last a month or more, possibly pushing the 2020 political wars toward Christmastime.”

“Most top Republicans have followed Trump’s orders not to accept the Biden victory, and to allow all legal options to be exhausted. That could mean weeks of drama — and, more importantly, distractions from the vital work of transitioning government for a change of power.”

Although there have been reports that Donald Trump would hold campaign-style rallies to push his baseless claims of widespread voter fraud in the election, Bloomberg reports the president is not scheduled to appear at any of them. Instead, any events “will be pop-up ones, like boat parades.”

New York Times: “The Latino vote is deeply divided, and running as not-Trump was always going to be insufficient… For Latinos, this was an election that turned on feelings about Mr. Trump above all else. That just didn’t mean what Democrats, and the Biden campaign specifically, assumed it did.”

“Fellow Democrats complained about the Biden campaign’s sluggish Latino outreach for months, though the campaign eventually spent a record $20 million on Spanish-language television and radio advertising … Democrats also did not seem to account for how effective Mr. Trump’s efforts to tie their party to socialism would be, especially among Venezuelan- and Cuban-American voters in Florida.”

David Wasserman: “It’s harder to argue the GOP coalition is demographically ‘dying out’ after Tuesday’s results. As with past waves of immigrants throughout U.S. history, Hispanic voters are beginning to vote a little closer to the rest of the country — and it’s one possible path forward.”

They added: “He has failed the people of Georgia, and he should step down immediately.”

“Top Republicans in Washington are reluctant to call Joe Biden the president-elect publicly, fearing a rebellion by grassroots conservatives loyal to President Trump that would sink the party’s Senate majority,” the Washington Examiner reports.

“Republican insiders privately concede Biden ousted Trump and dismiss suggestions voter fraud, ballot errors, or other issues would be uncovered sufficient to alter the election. But with the president claiming otherwise and two Georgia runoff elections set for January that will decide the Senate majority, plus midterm elections in 2022, most congressional Republicans are backing Trump. The move is purely transactional.”

Fox News cut away from White House press secretary Kayleigh McEnany briefing reporters saying the network could not in good conscience continue to air her false claims, for which she has provided no supporting evidence.

John McEntee, director of the White House Presidential Personnel Office, is spreading the word throughout the administration that if he hears of anyone looking for another job they will be fired, CNN reports.

Lawyers working to reunite migrant families separated by the Trump administration before and during its “zero tolerance” policy at the border now believe the number of separated children for whom they have not been able to find parents is 666, higher than they told a federal judge last month, NBC News reports.

Defense Secretary Mark Esper apparently knew he was about to be fired and gave an interview with the Military Times which was embargoed until he actually was fired.

Said Esper: “My frustration is I sit here and say, ‘Hm, 18 Cabinet members. Who’s pushed back more than anybody?’ Name another Cabinet secretary that’s pushed back. Have you seen me on a stage saying, ‘Under the exceptional leadership of blah-blah-blah, we have blah-blah-blah-blah?’”