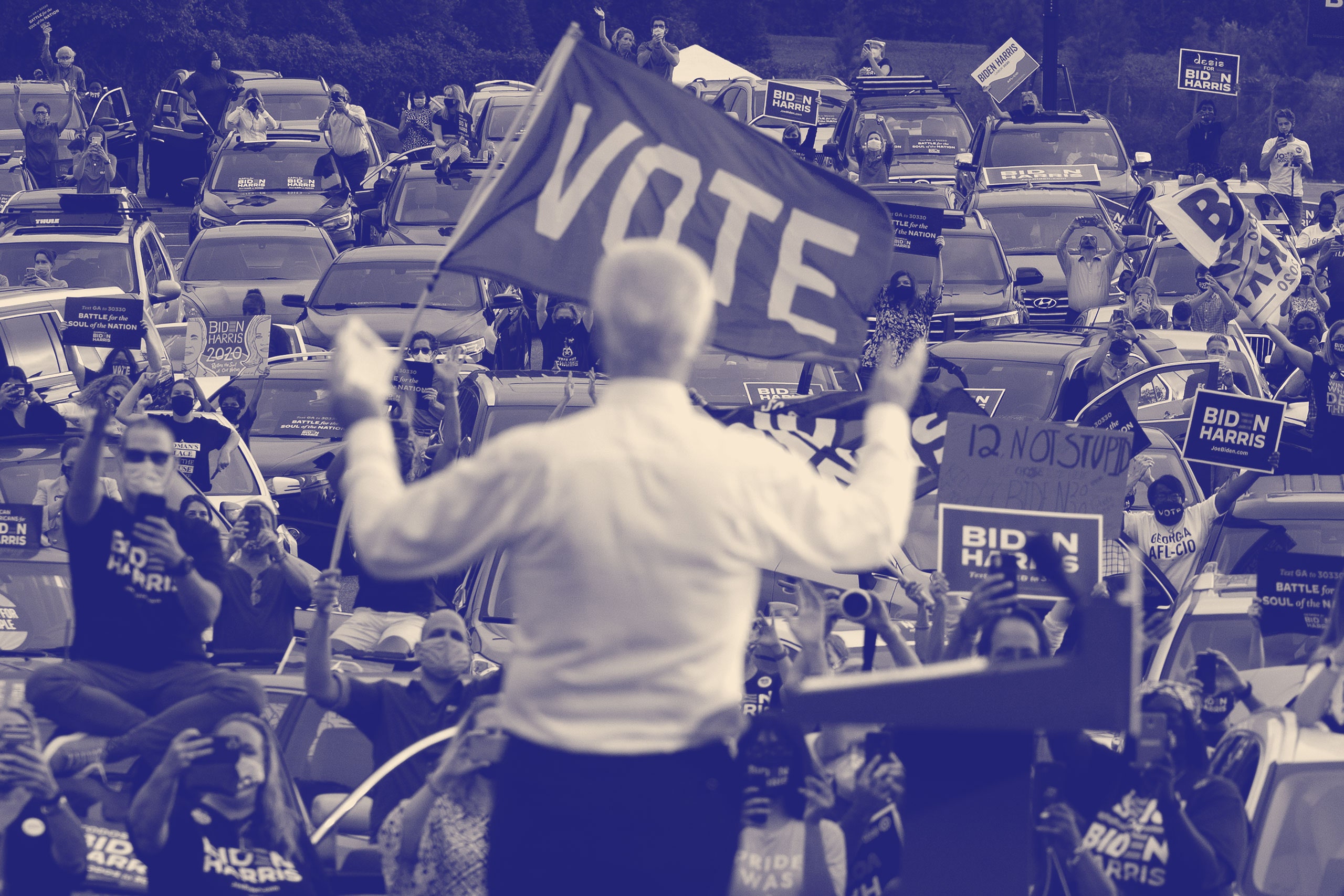 “A federal judge on Monday rejected a Republican request to invalidate 127,000 ballots that had already been cast via drive-through voting stations across Harris County, Texas,” Axios reports.

“The ruling comes one day after the Texas Supreme Court denied a nearly identical effort by Republicans in Harris County.”

Benjamin Ginsburg: “These are painful words for me to write. I spent four decades in the Republican trenches, representing GOP presidential and congressional campaigns, working on Election Day operations, recounts, redistricting and other issues, including trying to lift the consent decree.”

“Nearly every Election Day since 1984 I’ve worked with Republican poll watchers, observers and lawyers to record and litigate any fraud or election irregularities discovered.”

“The truth is that over all those years Republicans found only isolated incidents of fraud. Proof of systematic fraud has become the Loch Ness Monster of the Republican Party. People have spent a lot of time looking for it, but it doesn’t exist.”

New York Times: “In unguarded moments, Mr. Trump has for weeks told advisers that he expects to face intensifying scrutiny from prosecutors if he loses. He is concerned not only about existing investigations in New York, but the potential for new federal probes as well.”

The FBI is looking into a Friday incident in which a group of Trump supporters, driving trucks and waving Trump flags, surrounded and followed a Biden campaign bus, the Texas Tribune reports.

President Trump lashed out at the FBI on Sunday after it said it was investigating reports that a caravan of his supporters harassed a bus belonging to Joe Biden’s campaign, NBC News reports.

Said Trump: “In my opinion, these patriots did nothing wrong. Instead, the FBI & Justice should be investigating the terrorists, anarchists, and agitators of ANTIFA, who run around burning down our Democrat run cities and hurting our people!”

“In a show of support of questionable political value, pro-Trump demonstrators clogged freeways Sunday across the country, from blue states like New Jersey, New York, and Washington state, to red-leaning Texas and purple Arizona,” the Daily Beast reports.

“‘WHOOO! We shut it down baby! We shut it down!’ says one pro-Trump videographer as he pans the camera nearly 360 degrees, showing viewers the group of cars that had brought traffic to a complete standstill along the northbound Garden State Parkway in New Jersey.”

Playbook: “We have a pretty good idea what Tuesday is going to look like in the House: Republicans are bracing for a whooping. Most suggest a net loss of between seven and 15 seats. Will anyone in the House GOP leadership get held responsible? Will there be any reflection?”

“No one has the stones — or infrastructure — to try to take out Kevin McCarthy for leader. No one really wants to take out Steve Scalise (R-LA). But there’s one target that everyone is talking about: Liz Cheney (R-WY). House GOP Conference chair is a thankless job, but Cheney has feuded with TRUMP backers and her House GOP colleagues, so keep an eye on this.”

“Federal authorities are expected to put back into place a ‘non-scalable’ fence around the entire perimeter of the White House on Monday as law enforcement and other agencies prepare for possible protests surrounding the election,” CNN reports.

“Joe Biden’s team is considering an informal ban on naming Democratic U.S. senators to the Cabinet if he wins — which would effectively block Elizabeth Warren for Treasury or Bernie Sanders for Labor,” Axios reports.

“Biden, if he wins, is bracing for bruising legislative battles on day one, starting with the next phase of coronavirus relief. Many advisers don’t think he can afford to lose a single vote in the Senate if Democrats hold a slim majority.”

Also important: “Warren and Sanders both come from an unusual construct — blue states with Republican governors who’d be empowered to fill vacancies.”

President Trump responded early Monday to chants from the crowd at his Florida, campaign rally to fire Dr. Anthony Fauci by saying, “Don’t tell anybody but let me wait until a little bit after the election.”

“Tuesday’s U.S. presidential election has all the ingredients for a drawn-out court battle over its outcome: a highly polarized electorate, a record number of mail-in ballots and some Supreme Court justices who appear ready to step in if there is a closely contested race,” Reuters reports.

“The only missing element that would send both sides to the courthouse would be a razor-thin result in a battleground state.”

“Young voters, projected to turn out overwhelmingly for Joe Biden, could provide a huge advantage for Democrats not just this for this election, but for decades to come,” Axios reports.

A federal judge ordered the U.S. Postal Service to remind senior managers they must follow its “extraordinary measures” policy and use its Express Mail Network to expedite ballots ahead of Tuesday’s presidential election, Reuters reports.

Associated Press: “A four-week partial shutdown has started in Germany, with restaurants, bars, theaters, cinemas and other leisure facilities closing down until the end of the month in a drive to flatten a rapid rise in coronavirus infections.”

“President Trump has presided over a stock market surge since taking office in 2017, but he’s been outpaced by three of his four predecessors,” Axios reports.

Former Defense secretary Bob Gates fired back at a Wall Street Journal editorial that quoted his memoir, which said Biden has been wrong about “every major foreign policy and national security issue” over the past four decades.

Said Gates in a letter to the editor: “Fairness requires me to note for the record that those comments written in 2014 also noted that Mr. Biden was a man of genuine integrity and character. It is also worth noting that I wrote in these very pages that Donald Trump ‘is stubbornly uninformed about the world and how to lead our country and government, and temperamentally unsuited to lead our men and women in uniform. He is unqualified and unfit to be commander-in-chief.’”