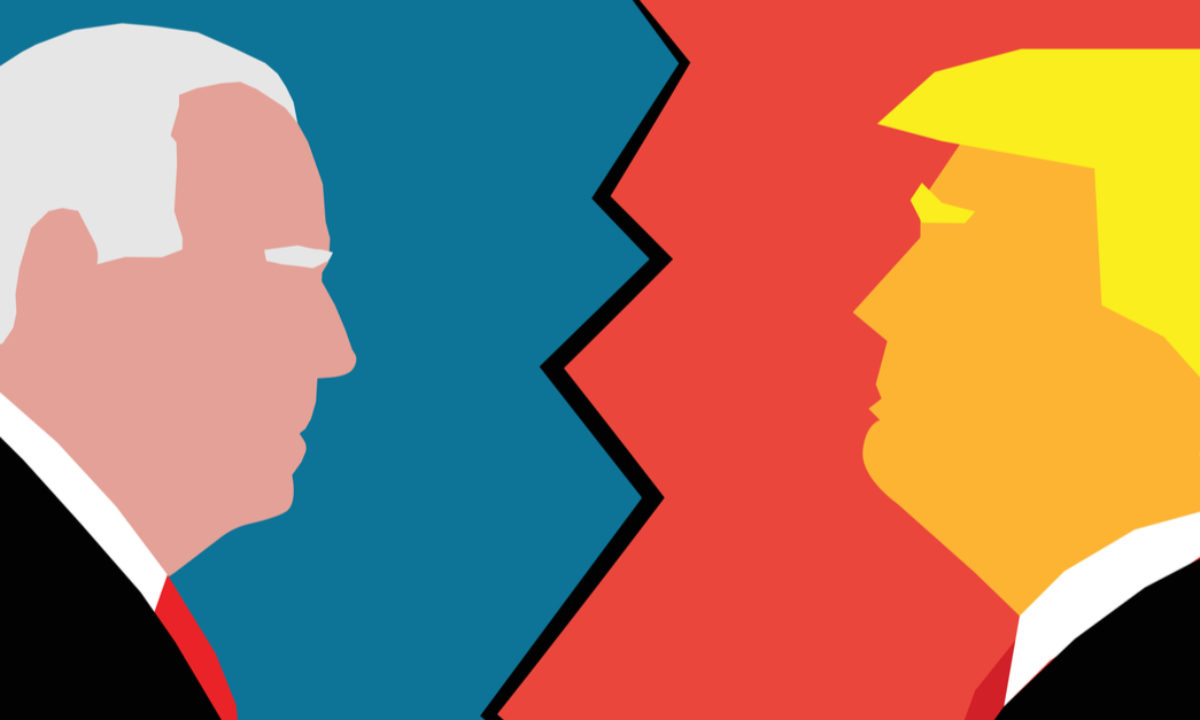 A new Wall Street Journal/NBC News study has found no evidence, so far, of the kind of late surge toward President Trump among undecided voters that helped produce his unexpected wins in 2016.

When pollsters asked themselves how so many missed signs that Trump would win the 2016 election, one factor they identified was a late swing toward him in the last days of the campaign.

The Cook Political Report has moved Texas from “Lean Republican” to “Toss Up” in its Electoral College forecast.

Philip Bump calculates that if Joe Biden holds every state where he hasn’t trailed in the polling averages since 100 days prior to the election, he’ll win 334 electoral votes.

“You know, there aren’t a lot of pundits who would have guessed four years ago that a Democratic candidate for president in 2020 would be campaigning in Georgia on the final week of the election or that we’d have such competitive Senate races in Georgia. But we do because something’s happening here in Georgia and across America. We win Georgia, we win everything.” — Joe Biden, quoted by NBC News.

“The only race where Republicans have outspent Democrats is the special election in Georgia which features two Republican candidates, Sen. Kelly Loeffler and Rep. Doug Collins, and just one chief Democratic candidate, Rev. Raphael Warnock.”

“The president can still count on a big assist from the RNC, which is spending another $12.6 million in key swing states like Florida, as well as from outside groups set to spend tens of millions more.”

“But when all aligned outside groups are combined with the campaign’s future spending, Democrats are set to outspend Republicans $109.8 million to $40.7 million on the presidential ad airwaves in the closing days. That’s nearly a 3-to-1 advantage, and it tells you everything you need to know how the political winds are blowing in these final days.”

Former Sen. Jeff Flake (R-AZ) cut an ad for Joe Biden to run in Arizona. Said Flake: “I’ve been a conservative Republican my entire life. I’ve never before voted for a Democrat for president. But this year, principle and conscience require me to do just that. I’m voting for Joe Biden.”

“Four months before Legal Marijuana Now Party candidate Adam Weeks died in September, sending the pivotal Second Congressional District race into a legal tailspin, he told a close friend that he had been recruited by Republicans to draw votes away from Democrats,” the Minneapolis Star Tribune reports.

“Earlier this year, Weeks was struggling financially as the pandemic took a hit on his organic farming business, which he started with his mom. In the voicemail message, he said he didn’t have any funding to run a campaign but said Republicans were offering him $15,000. It wasn’t a lot, Weeks acknowledged, ‘but it’s enough to make door knocks with.’”

“The Trump campaign has sent Facebook advertisements to tens of thousands of voters in swing states, erroneously telling them it was election day after the social media group’s ad blockers failed to detect messages that violated its rules on misinformation,” the Financial Times reports.

“Facebook later removed the messages, but not before they had been seen by about 200,000 voters, mostly in swing states such as Florida, Arizona and Georgia.”

Jonathan Bernstein: “With under a week to go, he’s still down about 9 percentage points nationally, and there’s little sign of any real movement in either direction. Early last week, I speculated that there was still enough time for significant changes to the race. That’s much less true now. With the debates over, it’s hard to imagine anything that would spark a shift of more than a percentage point or two. And not only is Trump is being badly outspent in the final days by former Vice President Joe Biden, the current spike in the coronavirus, an issue that plays very badly for the incumbent, is unlikely to help him as the few remaining undecided voters make up their minds.”

Nate Silver: “We’re sort of getting to the point where the only way Trump can win is with a major polling error, bigger than in 2016 (or if the election is stolen somehow).”

Politico: “At least a dozen California Democrats are seriously in the mix, and their supporters, donors and staffers are jostling behind the scenes to make their case. In this deep-blue state, where no Republican has won statewide in 14 years, a Senate seat could be the closest it gets to a lifetime appointment.”

“When a Senate seat goes vacant in California, the governor can appoint a replacement without calling a special election, and Newsom’s pick would serve the remaining two years on Harris’ term before facing the voters with the huge advantage of incumbency. The governor does have the ability to name a caretaker and call a special election, but sources do not expect him to go that route.”

President Trump repeatedly attacked Michigan Gov. Gretchen Whitmer (D), at one point taking credit for the FBI thwarting a plot to kidnap her and then immediately downplaying the actual threat that had been posed to Whitmer, CNN reports.

Said Trump: “I mean, we’ll have to see if it’s a problem. Right? People are entitled to say maybe it was a problem, maybe it wasn’t.”

Sen. Ted Cruz (R-TX) says he doesn’t think that President Trump’s attacks on Hunter Biden will move even one voter, The Hill reports.  Said Cruz: “One of Biden’s best points was when he said all these attacks back and forth about my family and Trump’s family, they don’t matter. What matters is your family. That may have been Biden’s best moment, actually.”