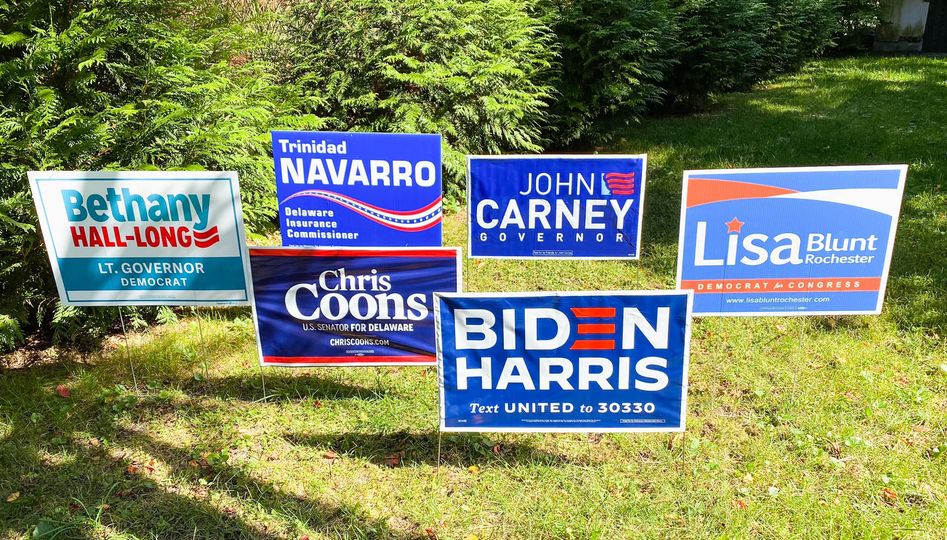 Over the next few days, we will review the various elections for all the statewide, General Assembly, city and county races that will be decided next Tuesday. And we will make some predictions. We have decided them into three categories. First, the safe races. Then, the possibly competitive races, and then finally, the Toss-Ups. We are tackling the easy ones first. Most of the races below are safe for the simple reason that the projected winner does not have an opponent. You can’t be something with nothing.

But the Statewide races of Governor, Lt. Governor, U.S. Senator, U.S. Representative and Insurance Commissioner do have contested races. But they are not competitive. Senator Chris Coons is facing a literal Nazi, who is explicitly running a White Power campaign. She will lose by 40 points. Congresswoman Lisa Blunt Rochester is facing an actor whose sole credit is a nonspeaking role for five seconds in House of Cards. She is looking at a 30 point victory. Lt. Governor Hall Long and Insurance Commissioner Navarro have done nothing to offend the Democratic voter in this election, so they will be swept back into office with 20 point or more victories over unknown opponents on a Democratic wave that elects the first Delawarean to be President of the United States.

That leaves Governor John Carney. He is facing an independent expenditure campaign of television ads and mailers that are all over the place in terms of attack. They attack him from the left on racial justice, from the left and right on the pandemic, and from the right over irrelevant state land sales from a decade ago. The campaign is being paid for by the Citizens for Transparency & Inclusion, which is an offshoot of Citizens for a Pro-Business Delaware, an organization created after the Court of Chancery in 2015 ordered the constantly bickering owners of the translation services company TransPerfect to sell the business.

TransPerfect co-owner Phil Shawe holds a grudge. And he apparently has no problem setting fire to his millions of dollars, since none of his ads in the past have ever changed any electoral outcome. And they will not again this year. Carney will coast to victory as well, by a 15 to 20 point margin. Those who are pissed at pandemic restrictions are already Trump voters, and history has shown they are most decidedly in the minority in the First State.

These races are highlighted in dark blue and dark red in the Senate District map below. As we go through the coming posts, this map will be filled in with the remaining Senate predictions.

These races are highlighted in dark blue and dark red in the House District map below. As we go through the coming posts, this map will be filled in with the remaining House predictions.

3 comments on “The Safe Races”