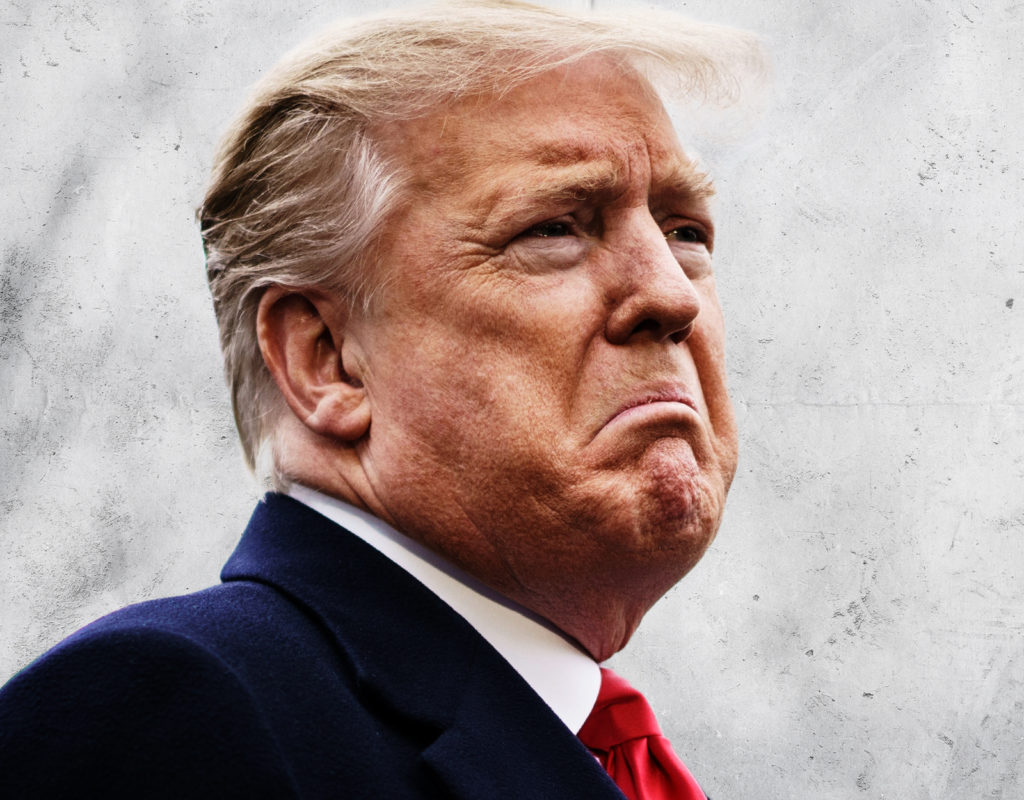 Washington Post: “The presidential campaign was roiled this weekend by a fresh outbreak of the novel coronavirus at the White House that infected at least five aides or advisers to Vice President Pence, a spread that President Trump’s top staffer acknowledged Sunday he had tried to avoid disclosing to the public…”

“The outbreak around Pence, who chairs the White House’s coronavirus task force, undermines the argument Trump has been making to voters that the country is ’rounding the turn,’ as the president put it at a rally Sunday in New Hampshire.”

“Further complicating Trump’s campaign-trail pitch was an extraordinary admission Sunday from White House Chief of Staff Mark Meadows that the administration had effectively given up on trying to slow the virus’s spread.”

Anthony Scaramucci: “Mark Meadows just got destroyed on CNN by Jake Tapper. So much so that Trump had someone call into the control room and pull him. Hard to see a guy that once had integrity lie like that.”

“A day after the U.S. set a daily record for new confirmed coronavirus infections, it came very close to doing it again,” the AP reports.

“Data published by Johns Hopkins University shows that 83,718 new cases in the U.S. were reported Saturday, nearly matching the 83,757 infections reported Friday. Before that, the most cases reported in the United States on a single day had been 77,362 on July 16.”

New York Times: “Mr. Pence’s decision to continue campaigning, despite his proximity to his chief of staff, is certain to raise new questions about how seriously the White House is taking the risks to their own staff members and the public from the pandemic that has killed more than 224,000 people in the United States.”

According to the Times, Marty Obst, a Pence adviser, also recently tested positive and received his result earlier in the week, which was first reported by Bloomberg News. An unnamed third person briefed on the developments told the Times that three additional Pence staffers tested positive for COVID-19. The Times reported that two people briefed on the matter said that White House chief of staff Mark Meadows sought to keep news of the outbreak among Pence’s circle from becoming public.”

Police in Ohio were told of a plan among an unspecified group of people to go to Gov. Mike DeWine’s (R) home to arrest him for “tyranny,” WTOLreports.

New York Times: “In this final sprint of the campaign, Mr. Trump is now holding up to three rallies a day to try to ‘juice’ his base, in the words of advisers, as he bleeds support among the suburban voters who helped fuel his victory in 2016. His trip to this bedrock Trump county, and to Wisconsin and Ohio suburbs and exurbs on Saturday where his once-solid support is sliding, reflect his need to energize as much of his base as he can since many swing voters are now behind former Vice President Joseph R. Biden Jr. and there are few undecided voters left.”

“Mr. Trump’s appearance in this town of 77,000 on Wednesday night — where he referred to President Barack Obama by his middle name, ‘Hussein,’ and claimed, inaccurately, that the virus was ‘rounding the corner’ — was not intended to win back the suburban women voters who have drifted away from him over the past four years. That is a hill too steep to climb at this point, in this state: Some internal polls show Mr. Trump trailing Mr. Biden by double digits in the suburbs. The rally’s purpose, campaign aides said, was to activate his base. There was the added practical matter of simply securing a friendly venue in the middle of a pandemic that would allow him to hold a mass gathering for more than 20,000 fans.”

There was a balloon last week that hinted that Bernie wanted to be Labor Secretary. I have no problem with that.

“The cash-hungry Trump campaign has turned to a cheaper strategy to try to remain on the airwaves, flooding TV and radio through local media bookings and back-to-back-to-back rallies,” Politico reports.

“But the gambit has been challenged by a trail of negative headlines that have followed the president: articles about rallies that eschew pandemic guidelines, news of people sickened by coronavirus afterward, spats with local officials that dominate regional coverage before and after a visit.”

“Building this country up sits squarely within the skill set of Joseph Biden. We have found Mr. Biden to be a caring, compassionate and professional public servant. He has repeatedly expressed his desire to be a president for all of America, and we take him at his word. Joe Biden may not be the president we want, but in 2020 he is the president we desperately need. He will be a president to bring people together and right the ship of state.”

“As part of the plan, a top Trump administration official wanted the Santa performers to promote the benefits of a Covid-19 vaccination and, in exchange, offered them early vaccine access ahead of the general public, according to audio recordings. Those who perform as Mrs. Claus and elves also would have been included.”

Barack Obama tore into President Trump while stumping for Joe Biden in Florida, urging voters to imagine how nice it would be to have a “normal president” who doesn’t tweet “craziness” every day.

Said Obama: “You’ll be able to go about your lives knowing that the president is not going to suggest injecting bleach. Or retweet conspiracy theories about secret cabals running the world. Or retweeting the claim that Navy SEALs didn’t actually kill bin Laden.”

Washington Post: “Under President Trump, the United States has abandoned international climate and nuclear arms agreements. It has announced its withdrawal from the World Health Organization, questioned the future of the North Atlantic Treaty Organization, and antagonized stalwart allies like Germany.”

“America’s past presidents have long promoted democracy, human rights and the rule of law abroad, yet Trump instead has waged an assault on those values at home, where he has weakened institutions, shredded norms and declared without evidence that the upcoming election will be ‘rigged.’”

“America’s moral authority also has been undercut by the devastatingly high death toll and wrenching economic fallout from the coronavirus pandemic, coupled with the racial reckoning that has convulsed the country.”

“President Trump and his advisers are betting on a high-octane replay of the closing two weeks of his 2016 campaign, with nonstop travel for packed rallies filled with attacks on alleged Democratic corruption in a bid to reignite the outsider spirit that defied the polls once before,” the Washington Post reports.

“Despite health authorities discouraging his largely maskless outdoor events and an opponent who has maintained strong favorability ratings, Trump is urgently trying to reassemble the core elements of his 2016 upset win: news coverage of red-hatted spectacles, calls for a criminal investigation of his rival and the mischaracterization of allegedly leaked documents in the final stretch of the campaign.”

President Trump’s two eldest sons, Donald Trump Jr. and Eric Trump, both of whom have been deeply involved in their father’s reelection campaign, hinted at their own runs for president in 2024, as polls show their father heavily disfavored to win reelection, Forbes reports.

“Joe Biden got a late boost in the White House race Friday when he scored the endorsement of a prominent alliance of construction unions,” The Hillreports.