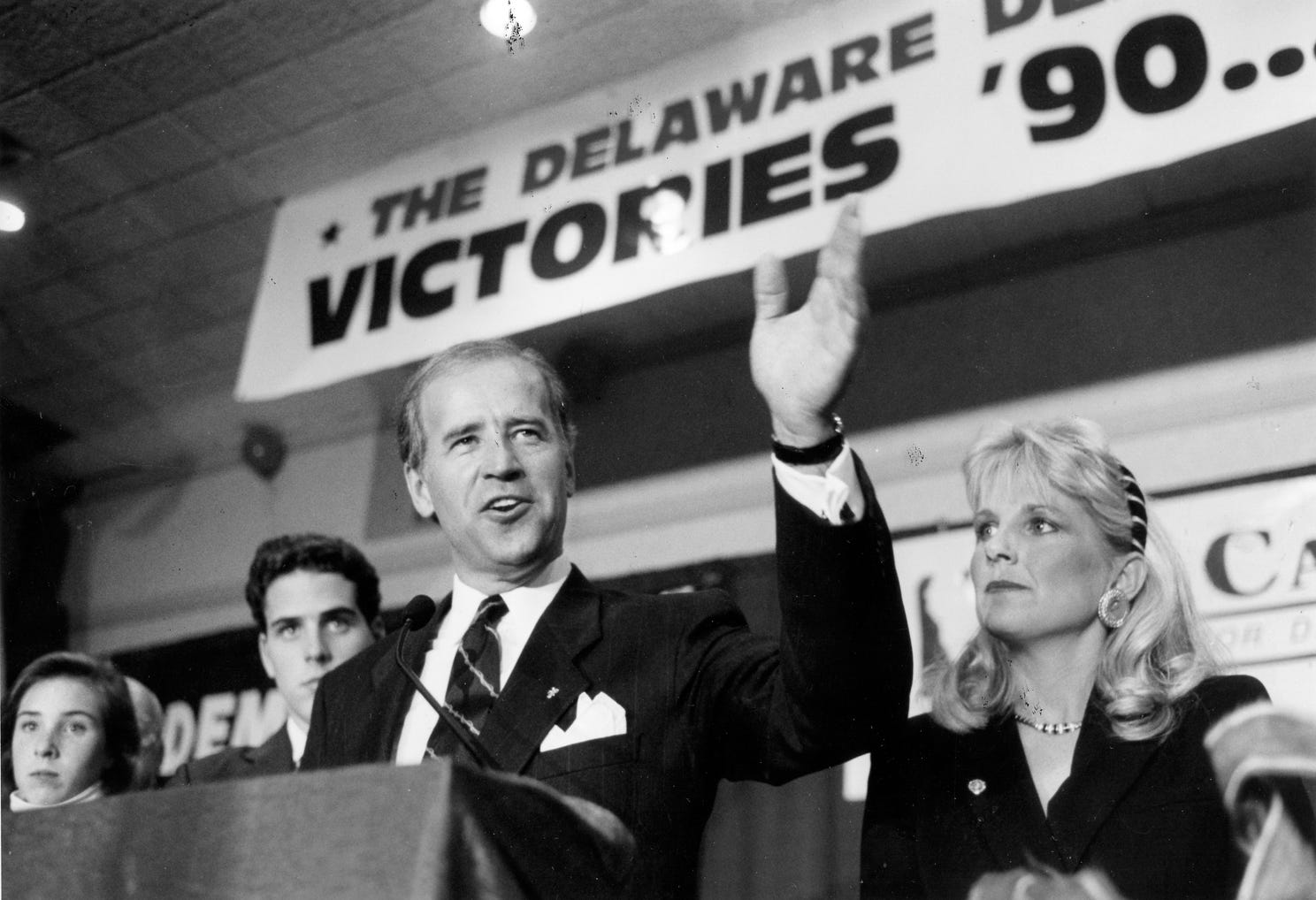 After two contentious debates and more than $1.5 billion in advertising, Donald Trump and Joe Biden enter the closing week of a bitter campaign with their favorability ratings relatively unchanged since at least the summer, according to a new ABC News/Ipsos poll.

Biden’s standing is near even at 44% to 43%, roughly where he’s been for several months in this and similar surveys.

Americans have cast more than 58.6 million ballots in the 2020 presidential election, surpassing the total early-vote count for 2016 with 9 days left until Election Day, the AP reports.

David Wasserman: “A few days out, the picture of this race is pretty clear.”

“If you’re looking for a horse race narrative right now, you’re not going to find it here. There was a time when it was easy to imagine this race going much differently. Eight days out, it’s much, much harder. I’ve seen…almost enough.”

Sen. Kamala Harris will campaign in Texas on Friday, the New York Times reports. Texas Tribune: “Harris will be the highest-profile representative of the Biden campaign to visit Texas in person during the general election.”

Politico: “After weeks of Democrats outvoting them by mail, Republican voters stormed early voting precincts in person this week, taking large bites out of their opponents’ historic lead in pre-Election Day ballots. The Democratic advantage was still huge as of Saturday morning: 387,000 ballots. But that’s a 21 percent reduction from Democrats’ high water mark, set three days prior. The election is in nine days.”

Rep. Denver Riggleman (R-VA) told NBC News that he believes that the Republican Party’s endorsement of a candidate who supports the QAnon conspiracy theory and its misinformation shows the GOP has “lost our way.”

Said Riggleman: “So I might as well just piss everybody off, Chuck. So I think if we’re doing this, if we’re looking at the spread of misinformation as part of something just to pander to a certain subset of voters, I think we’ve lost our way.”

He added: “When we start to actually represent as a party that’s part of this anti-Semitic conspiracy theory that believes there’s some kind of pedophilic cabal on the Democratic side of the House, I think we’re in for a rough ride.”

The Topeka Capital Journal, which endorsed Donald Trump in 2016, is retreating:

“The gamble didn’t work out. But that election is past, and a new one approaches. Unlike Trump, Joe Biden has nearly five decades of documented public service, as a senator and vice president. He has served ably and honorably over that time. We do not agree with all of his proposals or actions over those years. We doubt that he does either. But he has always been open and forthright with the American people. He has always appealed to our better selves.”

“In these difficult times, after four years of chaos and confusion, the United States needs a steady hand. We endorse Joe Biden as the next president.”

Politico: “Democrats began the 2020 election cycle with only a narrow path back to the Senate majority. But entering the final week before the election, there are competitive races everywhere.”

“Republicans are scrambling resources into red and purple states alike — from Kansas and South Carolina to Iowa and North Carolina — cutting down Democrats’ massive financial edge and hoping for a late-breaking turn in their favor, similar to four years ago. But their defensive posture underscores just how broad the playing field is, with nearly a dozen Republican senators in various levels of danger, and only two Democratic seats at risk.”

Hillary Clinton told Kara Swisher that most Republicans “have been cowards, spineless enablers” of President Trump. Said Clinton: “Most Republicans are going to want to close the page. They want to see him gone as much as we do, but they can’t say it publicly.”

Russian President Vladimir Putin said that he saw nothing criminal in Hunter Biden’s past business ties with Ukraine or Russia, marking out his disagreement with one of Donald Trump’s attack lines in the U.S. presidential election, Reuters reports.

“Joe Biden is headed to Georgia on Tuesday, part of a late effort by the campaign to flip a state that Republicans have carried in every White House contest since 1996,” the Atlanta Journal Constitution reports.

“It’s the former vice president’s first trip to Georgia as his party’s nominee, and it comes as Democrats are pushing to expand the battleground map. Recent polls show Biden and President Trump deadlocked in Georgia, and a defeat here would likely doom the Republican’s reelection chances.”

The Wrap: “For those keeping track of political beefs, add Republicans Lou Dobbs and South Carolina Sen. Lindsey Graham to your list. Because on Friday’s episode of his Fox Business show, Dobbs fumed about how much he thinks Graham sucks, and openly urged people in Graham’s home state to not vote for him in the 2020 election.”

A secret recording shows that three Republican officials sought to frame a county Republican chairman for a falsified ad they put together smearing then-mayoral candidate Brandon Whipple (D), who is now the Democratic mayor of Wichita, Kansas, the Wichita Eagle reports.

One compared their mission to that of the man who shot Wichita abortion provider Dr. George Tiller.