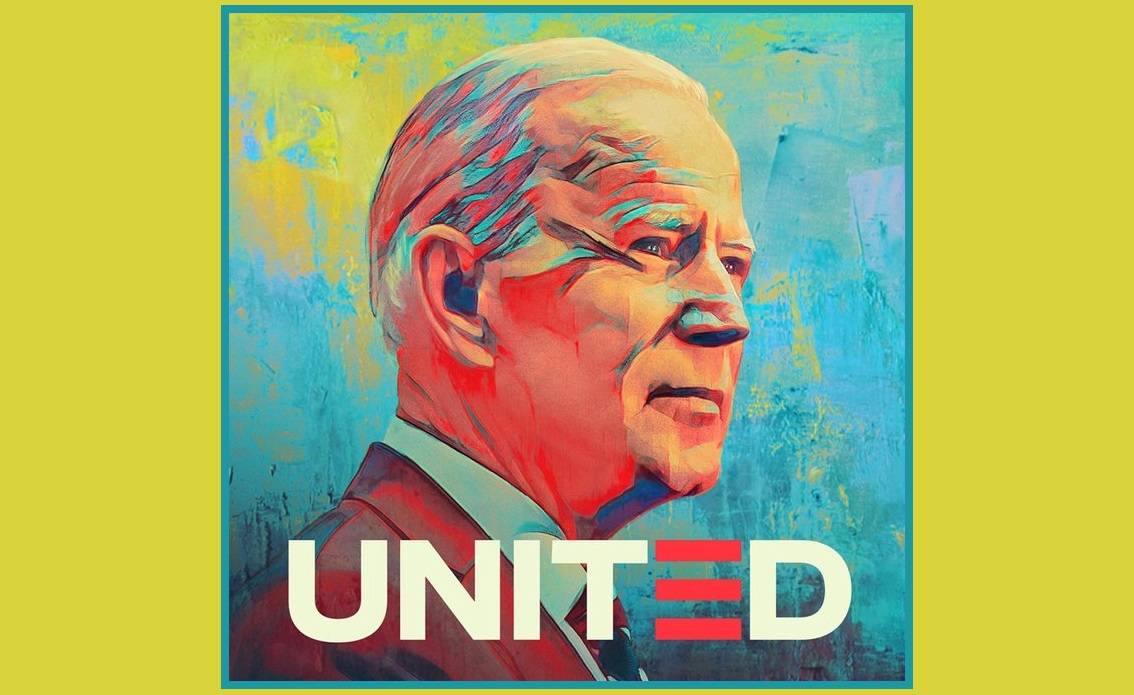 A new Quinnipiac poll finds Joe Biden leading Donald Trump nationally, 51% to 41%. This is the third national survey among likely voters since September that shows Biden with a 10-point lead.

Said pollster Tim Malloy: “Three straight polls in the double-digit zone… For Biden-Harris, flush with cash and propelled by consistent support, it remains steady as she goes through the turbulent waters of a bitter, personal, and unsettling campaign.”

A new FiveThirtyEight/Ipsos poll finds that voters liked Joe Biden’s performance better, but there was basically no change in who they intend to vote for.

A Politico/Morning Consult poll found that 54% of debate watchers believed Joe Biden won the matchup, while 39% said Donald Trump did. Only 8% of those who watched said they didn’t know or had no opinion.

Jonathan Chait: “In the cold light of day, the most important development from the final presidential debate may be something that did not happen at all: Joe Biden embarrassing himself in a fit of mental disintegration.”

“Our minds move so quickly from story to story that it can be easy to forget just how all-consuming the prospects of Biden’s alleged dementia was. To be sure, Biden has lost a step since his prime, and aging has worsened his lifelong stutter, producing some haltering moments he did not have as a younger man. But the charge against him was far more severe: that he was gone, or almost gone, literally unable to remember basic facts or handle his job.”

“The lynchpin of Trump’s strategy in both debates against Biden was to expose his supposed senility… It didn’t happen. Biden gave perfectly cogent responses to every question put to him, controlled his stammer, and displayed a far stronger command of facts and figures than his opponent.”

Susan Glasser: “Donald Trump blew it. Thursday night was his last, best chance to save his Presidency. With a national television audience and a reprieve after his horrible first debate performance and coronavirus hospitalization, the President could have used his second, and final, debate with Joe Biden to make a late play to win the election, which is only eleven days from now. He could have spoken to Americans’ pain and suffering during this unprecedented pandemic and economic crisis. He could have offered a program for recovery, and for his next four years in office.”

“But he did not. To anyone who has been watching Trump closely these past few years, that is not a surprise. He did not, because he could not.”

“U.S. voters have cast more than 47 million votes for the Nov. 3 presidential election, eclipsing total early voting from the 2016 election with 12 days to go,” Reuters reports.

Nate Silver: “Based on an update we’ll be releasing later today, we’re now projecting total turnout in the presidential race to be 154 million, with an 80th percentile range between 144 million and 165 million. In 2016, turnout was 137 million, by comparison.”

Pollster Frank Luntz told Fox News that if poll predictions are wrong about the 2020 election between President Trump and Joe Biden, his “profession is done” in terms of faith and confidence from the public.

Said Luntz: “Well, I hate to acknowledge it, because that’s my industry — at least partially. But the public will have no faith. No confidence. Right now — the biggest issue is the trust deficit. And pollsters did not do a good job in 2016. So if Donald Trump surprises people. If Joe Biden had a 5 or 6 point lead, my profession is done.

So would a lot of things, Frank. America, for one.

New York Times: “Iowa’s governor is not on the ballot next month. But her defiant attitude toward the advice of health experts on how to fight the coronavirus outbreak, as her state sees a grim tide of new cases and deaths, may be dragging down fellow Republicans who are running, including Mr. Trump and Senator Joni Ernst.”

“Ms. Reynolds, the first woman to lead Iowa, is an avatar of the president’s approach to the pandemic, refusing to issue mandates and flouting the guidance of infectious disease experts, who say that universal masking and social distancing are essential to limiting the virus’s spread. Defying that advice has eroded support for both Mr. Trump and Ms. Reynolds in Iowa, especially among voters over 65, normally a solid Republican constituency, according to public and private polls.”

A new attack website put up by the Madison Cawthorn (R) campaign in North Carolina includes an explicitly racist broadside against his opponent, Moe Davis (D), for associating himself with people who want to “ruin white males,” The Bulwark reports.

“Before the debate hall even emptied out, the presidential motorcade was whisking Donald Trump back to Washington for a short layover ahead of his return to the campaign trail on Friday, which some Republicans worry could carry new risks in the final sprint to Election Day,” Politico reports.

“The president’s hourlong rallies have become ground zero for his worst impulses — from coarse language and meandering monologues to misleading claims about the Covid-19 pandemic — and often result in controversies that aides must spend days cleaning up. Recently, Trump has used the venues to push dubious and unconfirmed reports about Hunter Biden, the son of Democratic presidential nominee Joe Biden, that have little resonance with pocketbook voters.”

“During the final presidential debate, President Trump made reference to ‘the laptop from hell,’ ‘AOC plus three’ and ‘Russia, Russia, Russia’ — yes, said three times in a row,” the Washington Post reports.

Said Meet the Press host Chuck Todd: “I feel like he almost was speaking the language of Fox prime time. If you watch a lot of Fox prime time, you understand what he’s saying. If you don’t, you have no idea.”

“It was a point made over and over again across networks as political commentators and journalists wondered aloud whether Trump’s attacks on Joe Biden flew over the heads of many Americans who aren’t regular consumers of conservative television, radio and websites.”

“Democrats have opened up a yawning gap in early voting over Republicans in six of the most crucial battleground states — but that only begins to tell the story of their advantage heading into Election Day,” Politico reports.

“In a more worrisome sign for Republicans, Democrats are also turning out more low-frequency and newly registered voters than the GOP, according to internal data shared with Politico by Hawkfish, a new Democratic research firm, which was reviewed by Republicans and independent experts.”

“The turnout data does not mean Donald Trump will lose to Joe Biden. Both sides are bracing for a close race and a giant wave of Republicans to vote in person on Nov. 3. Yet the turnout disparity with new and less-reliable voters has forced Republican political operatives to take notice.”

“Joe Biden is carrying a cash advantage of more than $100 million over President Trump into the final weeks of the election, according to newly filed campaign finance reports,” Politico reports.

Two of Joe Biden’s top allies in Texas — Beto O’Rourke and Julian Castro — pleaded Thursday for him to pay attention to the state, venting frustration at his lack of investment despite vast resources and signs that Texas is closer than it’s been in decades to slipping from the GOP grip, the Dallas Morning News reports.

Said O’Rourke: “We need some help from the national ticket. The voters in Texas are doing their part.”

New York Times: “President Trump’s campaign has far less money than advisers had once anticipated for the final stretch of the presidential election, as rosy revenue projections failed to materialize, leaving aides scrambling to address a severe financial disadvantage against Joe Biden at the race’s most crucial juncture.”

“To close the budgetary shortfall, Mr. Trump has slashed millions of dollars in previously reserved television ads and detoured from the battleground states that will decide the election for a stop in California last weekend to refill his campaign coffers. He has also tried to jump-start his online fund-raising with increasingly aggressive tactics, sending out as many as 14 email solicitations in a day.”

“During a campaign season in which President Trump has been criticized for using federal resources for his political benefit, House Republicans on Wednesday said they are leading an inquiry into Joe Biden’s use of an Amtrak train to campaign last month,” the Washington Post reports.

The Biden campaign responded that “anyone can charter a train with Amtrak. Last time we checked, no one can charter the White House South Lawn for a political convention.”