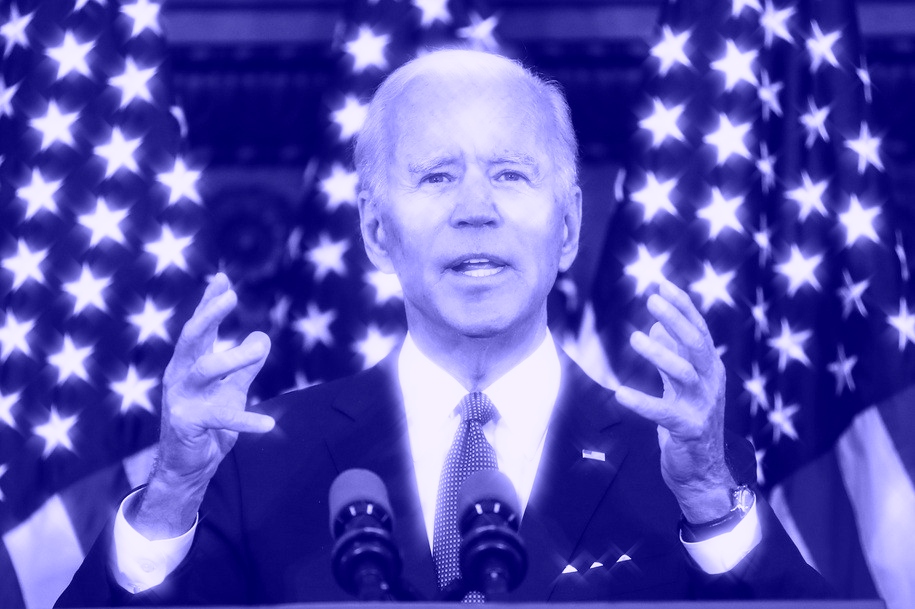 David Wasserman: “In late October of 2016, district-level polling was full of flashing red warning signs for Hillary Clinton: from northern Wisconsin to New York’s Southern Tier and Michigan’s Upper Peninsula, single-digit leads for Donald Trump in September had expanded to double digits in heavily white working-class areas. And although much of this party polling was never released publicly, it turned out to be prescient.”

“Fast forward to 2020: district-level polls are full of danger signs for Trump. In both parties’ private surveys — used to make key resource allocation decisions — he’s routinely underperforming his 2016 margins by eight to ten points, consistent with national polls. As a result, one well-placed GOP member told us this week ‘it would be a pleasant surprise if we only lost ten House seats.’”

The Cook Political Report made 12 House race ratings changes, 11 of them towards the Democrats.

The Hotline has state legislative power rankings listing the chambers most likely to flip control.

Joe Biden ran a pitch-perfect ad during the first game of the World Series last night.

A woman who lost her husband to the novel coronavirus told CNN that she spoke to Joe Biden last night, after her Newark Star Ledger op-ed pleading with Americans to vote Donald Trump out of office went viral.

Said Alice Roberts: “It was incredible. He called me, and he told me about his tragedies in his life… It was honestly just like talking to a friend.”

She added: “It was like 11:30pm and we just chatted for probably about 20 minutes. There’s not a lot of highlights in my days recently but that was definitely a highlight.”

“But unlike a lot of other important swing states, North Carolina has a history of voters casting a lot of ballots early. The state allows those early votes to be processed before election day, so it shouldn’t take days to count much of the vote.”

“The state does allow votes postmarked by election day to be counted, even if they arrive after polls close. Those votes, however, are likely to make up less than 10% of the total pool of voters. In other words, unless the race is really close (which it could be), North Carolina should give us a fairly good insight into both the presidential and Senate landscapes on election night.”

Pennsylvania Capital-Star: “A roadside billboard in Fayette County repeating a Republican accusation that Democratic nominee presidential Joe Biden suffers from diminished mental capacity has a deficiency of its own: A whopper of a spelling error.”

“’Biden’s dimensia is worsening, he is not fit,’ the billboard reads, misspelling ‘dementia.’”

Politico: “Back in early September, Trump weighed spending as much as $100 million of his own money on his reelection bid, according to Bloomberg News. When asked by reporters if he planned to self-fund part of his run, Trump said, ‘If I have to, I would.’”

“But the money has not materialized. Trump has contributed just over $8,000 to his campaign this election cycle, according to FEC data.”

“You could literally have 10 monkeys with flamethrowers go after the money, and they wouldn’t have burned through it as stupidly.” — GOP strategist Mike Murphy, quoted by NBC News, on President Trump’s campaign money problems

“Barack Obama had always intended to sit out the first presidential election of his post-presidency, taking heed of the private guidance given to him from Presidents George W. Bush and George H.W. Bush,” CNN reports.

“Obama vastly preferred governing to campaigning, his friends have long known, so they believed him when he said he looked forward to watching from the sidelines. But those plans were tossed aside by the election of President Trump and his first term in office.”

“Obama is poised to return to the campaign trail here on Wednesday, making his first in-person appearance in his effort to help Joe Biden in the waning days of his bid for the White House. If the election of Trump was a reaction to the Obama presidency, the November race offers another opportunity to take the country’s measure of the men.”

Veteran Republicans have all but given up on Donald Trump’s reelection and are now focused on minimizing the damage down ballot. They criticize Trump’s poor messaging and salute the Democrats’ fundraising numbers, which reflect Democratic enthusiasm and foretell Republican problems down the stretch.

While Republicans still have a chance to hang on to the Senate, Democratic gains are inevitable, and a net Democratic gain of at least three seats is likely.

But Republican nervousness doesn’t end there. They fear that dampened GOP turnout on Election Day, combined with unusually strong turnout by younger voters and a clear Democratic preference among seniors, could produce Democratic Senate (and House) gains that were once simply unimaginable.”

Politico: “Trump views rallies in battleground states as the linchpin of his closing argument, a means to excite his supporters and ensure they vote on Nov. 3. But many Republicans close to the White House, former senior administration officials and political advisers say the rallies are largely a way to keep the unscripted and undisciplined president occupied, since they do little to persuade new Trump voters. Rallies, they note, do not woo senior citizens, independents or suburban women, many of whom have moved away from the Trump ticket this election cycle. Most of Trump’s rallies are no longer televised nationally as they once were.”

New York Times: “For some Democrats, Mr. Trump’s attention to red states is also a sign of something else — something few in the party want to discuss out loud, given their scars from Mr. Trump’s surprise victory in 2016. It’s an indication that Mr. Biden could pull off a landslide in November, achieving an ambitious and rare electoral blowout that some Democrats think is necessary to quell any doubts — or disputes by Mr. Trump — that Mr. Biden won the election.”

“On one level, such a scenario is entirely plausible based on the weeks and the breadth of public polls that show Mr. Biden with leads or edges in key states. But this possibility runs headlong into the political difficulties of pulling off such a win, and perhaps even more, the psychological hurdles for Democrats to entertain the idea. Many think that Mr. Trump, having pulled off a stunning win before, could do it again, even if there are differences from 2016 that hurt his chances.”

“Michael Bloomberg’s $100 million investment in Florida to defeat Donald Trump is recasting the presidential contest in the president’s must-win state, forcing his campaign to spend big to shore up his position and freeing up Democratic cash to expand the electoral map elsewhere,” Politico reports.

“Bloomberg’s massive advertising and ground-game spending, which began roughly a month ago, has thrown Trump into a defensive crouch across the arc of Sunbelt states. As a result, the president‘s campaign has scaled back its TV ad buys in crucial Northern swing states like Wisconsin, Pennsylvania and Michigan — a vacuum being filled by a constellation of outside political groups backing Joe Biden.”

“President Trump’s re-election campaign committee ended September with only $63.1 million in the bank despite canceling some television buys late last month, leaving him badly outmatched financially against Joe Biden in the final stretch of the campaign,” the New York Times reports.

“New filings with the Federal Election Commission showed the extent of Mr. Trump’s cash troubles, which are severe enough that he diverted time from key battleground states and flew to California on Sunday for a fund-raiser with just over two weeks until Election Day. The president ended September with just over half as much money as he had at the beginning of the month.”