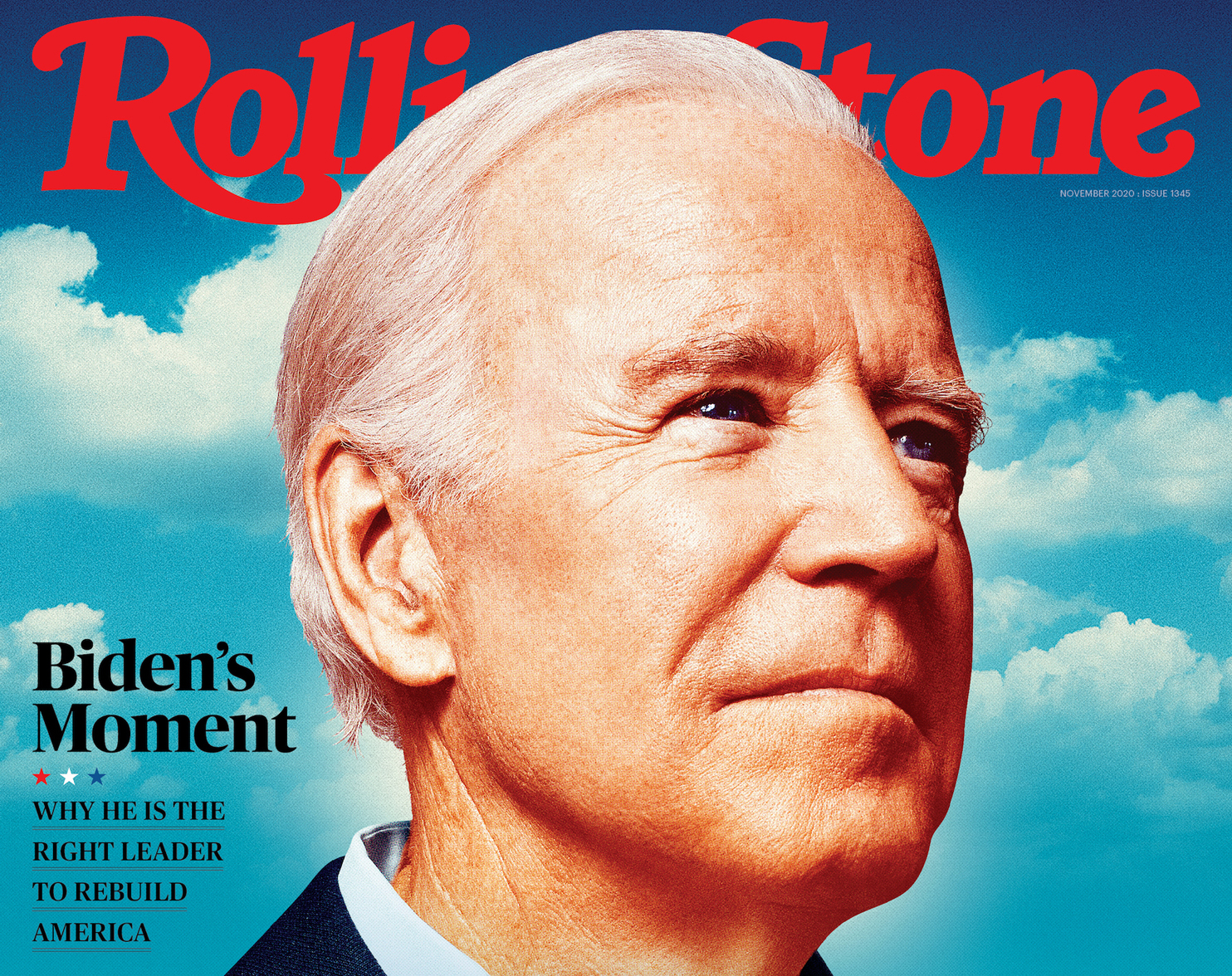 Politico: “By almost every measure that political operatives, academics and handicappers use to forecast elections, the likely outcome is that Joe Biden will win the White House.”

“Yet two weeks before Election Day, the unfolding reality of 2020 is that it’s harder than ever to be sure. And Democrats are scrambling to account for the hidden variables that could still sink their nominee — or what you might call the known unknowns.

Associated Press: “The president’s attempts to recycle attacks he used on Hillary Clinton that year have so far failed to effectively damage Democrat Joe Biden. And Trump has found himself dwelling more and more in the conservative media echo chamber, talking to an increasingly smaller portion of the electorate.”

“Fueled by personal grievance, the president has tried to amplify stories that diehard Fox News viewers know by heart but have not broken through to a broader public consumed with the sole issue that has defined the campaign: the president’s management of the pandemic. Though firing up his base to turn out in huge numbers is a vital part of his campaign’s strategy, Trump’s insistence on fighting the last war has sounded alarms within the Republican party.”

However, if voter turnout is higher (70% turnout), as multiple indicators suggest is likely, Biden leads Trump by 18 percentage points, 56% to 38%.

Rolling Stone: “Fortunately for America, Joe Biden is Donald Trump’s opposite in nearly every category: The Democratic presidential nominee evinces competence, compassion, steadiness, integrity, and restraint. Perhaps most important in this moment, Biden holds a profound respect for the institutions of American democracy, as well as a deep knowledge about how our government — and our system of checks and balances — is meant to work; he aspires to lead the nation as its president, not its dictator. The 2020 election, then, offers the nation a chance to reboot and rebuild from the racist, authoritarian, know-nothing wreckage wrought by the 45th president. And there are few Americans better suited to the challenge than Joe Biden.

It is no exaggeration to say that the American experiment hangs in the balance in the November election. Four years of Trump have left 215,000 of us and counting dead from a serious but preventable public-health crisis, tens of millions out of work or underemployed, a cataclysmic climate crisis ignored, our democratic institutions in disrepair, and the public’s faith in its elected representatives at an all-time low. […]

The Democrat has delivered more than just happy talk. Biden has been leading by example in his campaign. He showed confidence and bridge-building by tapping his harshest critic from the primary debates, California Sen. Kamala Harris, as his running mate. And Biden has won a diverse backing that would have been inconceivable outside of this 2020 moment. Think of it as a coalition of the decent, ranging from Bernie Sanders, Barbara Lee, and Alexandria Ocasio-Cortez on the left, to “Never Trumpers” John Kasich, Cindy McCain, and Bill Kristol on the right. Biden has promised to be a president for all Americans, standing in contrast to Trump, who has only governed for his partisans and once mused aloud that the nation’s pandemic death toll didn’t look so bad “if you take the blue states out.”

Biden’s broad acceptability is his strength. But inside his big tent, Biden’s platform offers progressive solutions to every major problem facing the country. And the former vice president has the experience to put that platform into practice.”

President Trump attempted to make fun of Joe Biden during a campaign rally in Nevada on Sunday by saying “he’ll listen to the scientists” during the coronavirus pandemic, the Daily Beast reports.

Said Trump: “If I listened totally to the scientists we would right now have a country that would be in a massive depression, instead of, we’re like a rocket ship, take a look at the numbers.”

Politico: “Of the $421 million Biden has spent and reserved on TV, a higher portion than usual for campaigns — 15 percent — is on nationwide cable and broadcast TV programs seen by the nation’s 208 local markets, whether they’re in a swing state like Arizona, a blue state like Massachusetts or a red state like Idaho.”

“Biden’s national buys are seen as a key ingredient in making former swing states like Ohio and Iowa look like battlegrounds again. The campaign is advertising heavily on shows such as Wheel of Fortune and Jeopardy, which are popular among seniors, and older people especially are watching more TV during the pandemic.”

“Biden’s ad buys are also ‘deep,’ spanning 32 networks that range from Fox to Animal Planet to the DIY network and History Channel.”

“Joe Biden’s presidential campaign will air a series of ads during a slate of National Football League games over the next week, looking to use their sizable campaign war chest to air spots on some of the most popular real estate in television,” CNN reports.

“The ads — which will air during five upcoming NFL games — represent the heart of Biden’s argument against President Donald Trump: An intense focus on how the President has mismanaged the ongoing coronavirus, the importance of voting in November and questioning Trump’s character.”

Politico: “Over the past half-century, Nebraska has only once delivered one of its electoral votes to a Democratic presidential nominee. Barring a turnaround, this year will mark the second time. The state is one of just two in the nation — the other is Maine — that awards Electoral College votes by congressional district. In this reddest of red states, Donald Trump is on a trajectory to lose one of them.”

“In the 2nd District, which includes largely Democratic Omaha and its largely Republican suburbs, the president is running 6 or 7 percentage points behind Joe Biden, according to public and private polling. It’s a case study of his collapse in the suburbs, an example of how the president’s alienation of a traditional Republican constituency is proving costly to his reelection campaign — and how his increasingly desperate last-minute appeals to suburbanites are going unheeded.”

I agree. If Gore had won, then 9/11 likely does not happen, and thus the wars in Iraq and Afghanistan do not happen. The Great Recession likely does still happen, but it would have happened on a President McCain’s watch, who would have defeated Al Gore in 2004, if only because no party has held the White House for more than three terms since FDR and Harry Truman did it between 1933 and 1953. Thus, McCain might have been defeated by Hillary Clinton in 2008, and if not, then Obama, an inevitable once in a generation political talent, would win in 2012.

Associated Press: “President Trump leaned into fear tactics as he accused the left of trying to ‘destroy the American way of life’ in a late reelection pitch to voters in Michigan and Wisconsin — two Midwestern states that were instrumental to his 2016 victory but may now be slipping from his grasp. In back-to-back rallies, Trump accused the left of wanting to ‘erase American history’ and ‘purge American values.’ He claimed, with no basis, that Democratic rival Joe Biden would put communities at risk.”

“Trump offered the dark message as he faces headwinds not only in national polling, which shows Biden leading, but also in key battleground surveys. His comments come after his campaign, with far less cash than Biden’s, largely retreated from TV advertising in the Midwest, shifting much of its money to Sun Belt states such as Florida, North Carolina, Arizona and Georgia, as well as Pennsylvania.”

“Trump campaign senior adviser Jason Miller signaled Sunday that President Trump will take a less combative tack toward Democratic presidential nominee Joe Biden during their televised debate this week,” Politico reports. Said Miller: “When you talk about style and you talk about approach, I do think that President Trump is going to give Joe Biden a little bit more room to explain himself on some of these issues.”

“President Trump’s team is telling him ahead of Thursday’s final debate: Stop interrupting Joe Biden. And try to be more likable,” Axios reports. “Trump will tell more jokes and try, if he can stay on message, to strike a softer tone. At the same time, aides expect Trump to keep going after Biden’s son Hunter.”

“Trump’s team thinks that if he’d just yield the stage to Biden while the moderator is asking questions, Biden would wander rhetorically, ‘look doddering’ and ‘step on himself.’”

“The most shocking pre-election result neither side can dispute is in: Democrats are destroying Republicans in truly historic ways in fundraising,” Axios reports.

“Money can’t buy elections, but it sure helps. And Joe Biden and a half dozen Senate Democratic candidates are bathing in cash, often with 2x or 3x advantages over their opponents.”

Said a top Republican insider: “Fundraising is a barometer of voter support and intensity. Pretty clear from these numbers who has more support and enthusiasm.”

The New York Times reports President Trump is being “vastly outspent” by Joe Biden, who has maintained a nearly 2-to-1 advantage for months.

“But the repeated mispronunciation, which his campaign claimed was not purposeful, competed for media attention with Trump’s remarks in Georgia and led to searing criticism on the airwaves and the campaign trail.”

“By Sunday evening, Democrat Jon Ossoff said he raised more than $1.8 million from at least 42,000 donors from Perdue’s viral moment.”

“Democratic strategists think the early numbers show a 2020 electorate that’s bigger, younger and more diverse than in 2016 — and not just shifting forward votes that would have otherwise arrived on Election Day,” Axios reports.

“So far, first-time and infrequent Democratic voters are outpacing registered Republicans with larger margins than in 2016.”

Key example: “In North Carolina, nearly 1 in 5 ballots cast so far come from those who didn’t vote in 2016.”

Steve Bannon told The Australian that if President Trump loses re-election in 2020, he’ll run again in 2024.

Said Bannon: “I’ll make this prediction right now: If for any reason the election is stolen from, or in some sort of way Joe Biden is declared the winner, Trump will announce he’s going to run for re-election in 2024. You’re not going to see the end of Donald Trump.”

New York Times: “Away from their candidate and the television cameras, some of Mr. Trump’s aides are quietly conceding just how dire his political predicament appears to be, and his inner circle has returned to a state of recriminations and backbiting. Mark Meadows, the White House chief of staff, is drawing furious blame from the president and some political advisers for his handling of Mr. Trump’s recent hospitalization, and he is seen as unlikely to hold onto his job past Election Day.”

“Mr. Trump’s campaign manager, Bill Stepien, has maintained to senior Republicans that the president has a path forward in the race but at times has conceded it is narrow.”

“Some midlevel aides on the campaign have even begun inquiring about employment on Capitol Hill after the election, apparently under the assumption that there will not be a second Trump administration for them to serve in. (It is not clear how appealing the Trump campaign might be as a résumé line for private-sector employers.)”

New York Times: “In the week since he restarted in-person campaigning, Mr. Trump has continued to prove he is his own biggest impediment by drawing more attention to himself each day than to Mr. Biden.”

“The president is blurting out snippets of his inner monologue by musing about how embarrassing it would be to lose to Mr. Biden — and how he’d never return to whatever state he happens to be in if its voters don’t help re-elect him. He’s highlighting his difficulties with key constituencies, like women and older voters, by wondering out loud why they’ve forsaken him, rather than offering a message to bring more of them back into his camp.”

“And perhaps most damaging, to him and other Republicans on the ballot, he is further alienating these voters and others by continuing to minimize the pandemic and attacking women in positions of power.”