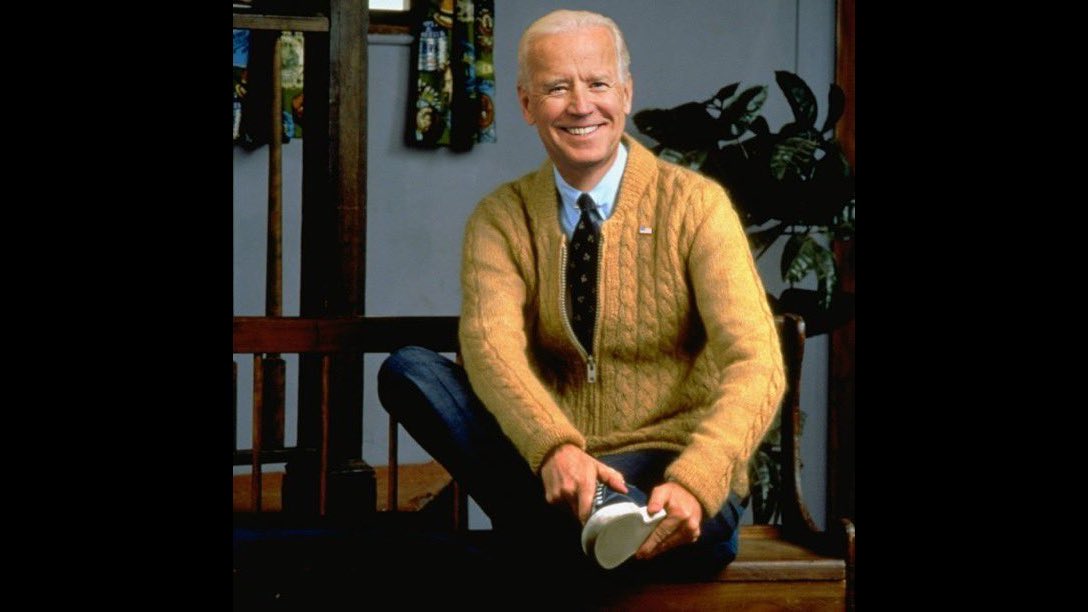 Although their creators have been battling on Twitter over methodology, two prominent election forecasting models are now quite similar.   FiveThirtyEight gives Joe Biden an 87% chance at winning, while The Economist gives Biden a 91% chance.

However, she also projected the campaign will raise another $234 million through the election, which she admitted were “bonkers” numbers.

A new NPR/PBS NewsHour/Marist poll finds Joe Biden leading Donald Trump among likely voters, 54% to 43%. “It’s the highest level of support Biden has achieved since the poll began testing the head-to-head matchup in February. Biden has never been below 50% in the question in the Marist poll, and Trump has never been above 44%.”

“The Trump campaign is filled with internal blaming and pre-spinning of a potential loss, accelerating a dire mood that’s driven by a daily barrage of bleak headlines, campaign and White House officials tell me.”

Said one adviser: “A lot of this is the president himself. You can’t heal a patient who doesn’t want to take the diagnosis.”

Trump campaign Bill Stepien has suggested to colleagues that President Trump is no longer competitive in either Wisconsin or Minnesota, according to Axios.  But he believes Trump will still win Ohio, Florida, Georgia, Iowa and Maine’s second congressional district.  That’s a big “if” since Joe Biden is currently leading in the polling averages in every one of those states.  But if he wins those states, then Stepien sees three paths to victory: 1) The most likely is for Trump to win Arizona, North Carolina, and Pennsylvania; 2) The second most likely would be for Trump to win Arizona, North Carolina and Michigan; 3) And the third pathway has Trump winning North Carolina, Michigan and Nevada.

Once again, Biden is leading in the polling averages in every one of these states.

And if Trump loses Florida, Ohio or Georgia, then none of the paths above are viable. If he loses Iowa, then the last two paths will be out of reach.  That doesn’t mean Trump can’t win, but every one of his supposedly viable paths is currently blocked.

Issac Dovere: “George W. Bush doesn’t like Donald Trump… With less than three weeks until the election, Bush—as the only living former Republican president—would be in a position to stand up for American democracy if Trump loses but refuses to concede, as he has threatened to do. But if Bush is planning on doing anything about Trump, or considering some way to stand together with the other former presidents to protect democracy, that would be news to the offices of those former presidents. They haven’t heard from him.”

“Joe Biden’s campaign looked into whether Bush would consider endorsing him but was told he wouldn’t be getting involved. If Biden wins and Trump refuses to concede, though, the Democrat would likely lean on Bush to speak up, a person familiar with the campaign’s thinking told me. I asked the Trump campaign if the president would want Bush’s endorsement. My email was ignored.”

“Joe Biden’s town hall on ABC averaged 13.9 million viewers on Thursday night, easily surpassing the Nielsen ratings for President Trump’s town hall on NBC. That alone was a result virtually no one in the TV business expected. And that’s not even the most surprising part,” CNN reports.

“The Trump town hall was simulcast by two of NBC’s cable channels, MSNBC and CNBC, but even when those channels are included in the total, Biden — on only one network — still prevailed.”

NBC News: “On Wednesday, the Biden campaign announced that it (along with the Democratic National Committee and its affiliated joint-fundraising committees) raised $383 million in September, ending the month with $432 million in cash on hand between them all.”

“The Trump campaign tweeted Thursday that the Trump re-election apparatus (the campaign, the Republican National Committee) raised $247.8 million in September and had $251.4 million banked away.”

“Casino mogul Sheldon Adelson and his wife Miriam Adelson gave $75 million to a super PAC that flooded battleground states with anti-Joe Biden ads in September, a huge investment from the GOP megadonors as President Trump slipped in the polls,” Politico reports.

“There is a nasty rumor out there that Senator Collins of Maine will not be supporting our great United States Supreme Court Nominee. Well, she didn’t support Healthcare or my opening up 5000 square miles of Ocean to Maine, so why should this be any different. Not worth the work!”

Of course, the “nasty rumor” is actually Collins’ statement from last monthsaying she would not vote to confirm a nominee before the election.

“Voters in North Carolina, Georgia and states across the country where early voting has begun have been waiting in line for hours to cast their ballots. One reason they’re doing it despite being in the midst of a pandemic: They don’t trust the mail to deliver their ballots,” CNN reports.

“More than 17 million Americans have already cast ballots in the 2020 election, a record-shattering avalanche of early votes driven both by Democratic enthusiasm and a pandemic that has transformed the way the nation votes,” the AP reports.

“The total represents 12% of all the votes cast in the 2016 presidential election, even as eight states are not yet reporting their totals and voters still have more than two weeks to cast ballots. Americans’ rush to vote is leading election experts to predict that a record 150 million votes may be cast and turnout rates could be higher than in any presidential election since 1908.”

Greg Sargent: “For one thing, Trump’s efforts to intimidate Democrats out of voting are failing. The lies about vote-by-mail being fraudulent were in part about getting Democrats to give up on it, in hopes that they’d also refrain from in-person voting amid a pandemic. For another, Trump has repeatedly told his army to watch the polls for fake fraud very carefully — that is, to engage in voter intimidation. Obviously both are failing.”

“And so many people voting early will ease the late crush that many feared due to enormous expected demand for vote-by-mail.”

“Above all, the more voting happens earlier, the harder it will be for Trump to play corrupt games around late-arriving ballots.”

Philadelphia Inquirer: “Pennsylvania has rejected 372,000 requests for mail ballots, straining election offices and bewildering voters in one of the most hotly contested battlegrounds in the presidential election.”

A Cleveland company that agreed to print absentee ballots for dozens of counties in Ohio and Pennsylvania is 10 days late in getting them to voters, the New York Times reports.  Here’s the kicker: The company’s owners are Trump supporters and flew a Trump flag at their headquarters.  Said CEO Richard Gebbie: “We fly a flag because my brother and I own the company and we support President Trump.”

The Democratic candidate for Senate in Iowa, Theresa Greenfield (D), was asked in a debate last night what a bushel of corn cost. She nailed it to the penny.  Sen. Joni Ernst (R), who grew up on a farm, was asked what the price of soybeans was and she wasn’t even close.

Sen. Cindy Hyde-Smith (R-MS) told the Jackson Clarion Ledger that she doesn’t plan to debate her opponent in her re-election bid, citing a busy schedule and “stark, drastic” differences between herself and Mike Espy (D) that she believes voters already know about.

Said Hyde-Smith: “To be honest with you, the debate about debates, that is something that losing candidates and reporters care about.”

Frank Luntz had a focus group watch the dueling town hall events last night and concluded: “My group of undecided voters say that the more Trump speaks, the worse he looks.”

Politico: “Latino Victory Fund and billionaire Mike Bloomberg are launching a $2.4 million digital ad campaign to get Florida Latinos out to the polls to defeat President Donald Trump in his must-win state.”

The Trump campaign slashed another $1.1 million in reserved ad time in the Minneapolis-St. Paul TV market this week, KMSP-TV reports.

“Faced with a consistent stream of polls showing Sen. Cory Gardner headed for a loss next month, national Republican groups are spending far less in Colorado than in other battleground states this fall,” the Denver Post reports.  Said GOP pollster David Flaherty: “There is no reason for either side to put another dime into this state. It’s over.”

He also sees “historic” losses for Republicans nationally: “It is undeniable. The train wreck and implosion of the president will bring a historic number of other Republican candidates down, and if you don’t believe that then you have your head in the sand.”

Politico: “A leading progressive group that attacked Joe Biden in the primary is launching a six-figure ad buy aimed at electing him this fall. Justice Democrats, the organization that recruited Rep. Alexandria Ocasio-Cortez (D-NY) to run for Congress, is airing a new digital spot in the battleground states of Pennsylvania and Arizona as part of its effort to support Biden.”

Susan Glasser: “I do not know who will win the election less than three weeks from now. But I do know this: if Trump does lose, he’s right that his sheer, massive unlikability will be a major contributing factor. He’s a bully and a boor. He’s overbearing, self-absorbed, impossible to shut up, and especially patronizing to women, which, of course, is one of the reasons why those suburban moms he is begging to vote for him are telling pollsters that they are decidedly against him.”

“Trump was certainly no nice guy in his Thursday-evening town hall, on NBC, offering those who tuned in a repeat of his harsh performance in his first debate against Joe Biden. This time, Trump’s foil was not Biden, because Trump had refused to debate him on the terms set by the Commission on Presidential Debates, but Savannah Guthrie, the NBC News moderator. Guthrie seemed to infuriate Trump with her quick questions and real-time fact-checking of some of his most egregious whoppers. The President was loud, and increasingly red in the face, as he struggled to respond. He berated Guthrie and refused to answer questions. He offered a sarcastic aside about how something she said was ‘so cute.’ He lectured her on how ‘underlevered’ he was. None of that seemed likely to win over suburban women.”

“Mr. Trump’s ruinous tenure already has gravely damaged the United States at home and around the world. He has abused the power of his office and denied the legitimacy of his political opponents, shattering the norms that have bound the nation together for generations. He has subsumed the public interest to the profitability of his business and political interests. He has shown a breathtaking disregard for the lives and liberties of Americans. He is a man unworthy of the office he holds.”