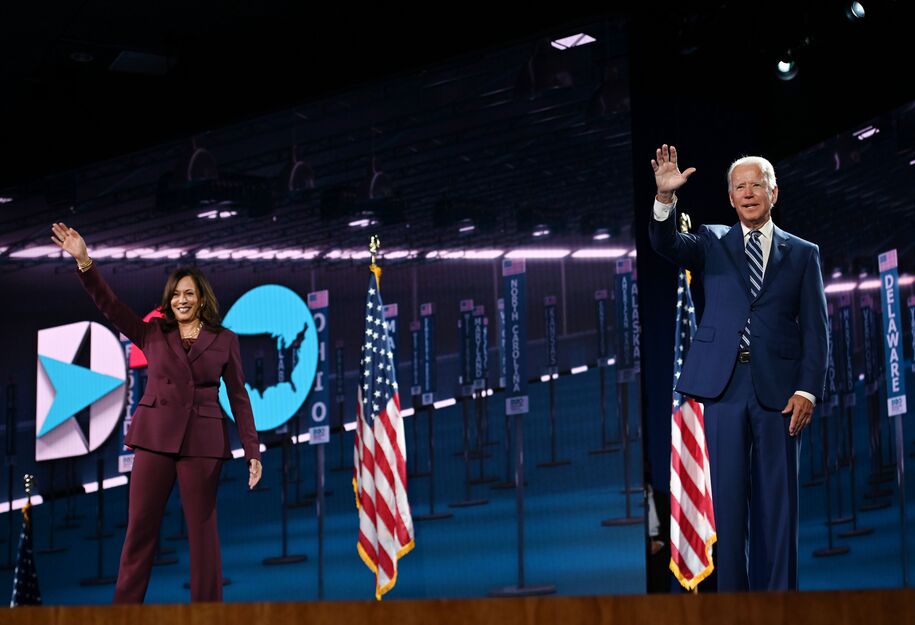 The IBD/TIPP tracking poll will now post daily results through Election Day and starts out with Joe Biden leading Donald Trump, 53% to 42%. Their previous poll, after the first presidential debate, had Biden up by only three points.

In the presidential race, Donald Trump leads Joe Biden by 52% to 46%, a lead far less the 20-point win he notched over Hillary Clinton four years ago.

A new SurveyUSA poll in North Carolina finds Cal Cunningham (D) leading Sen. Thom Tillis (R) in the U.S. Senate race by 10 points, 49% to 39%. Cunningham was up by seven points in the September poll. So much for the sex scandal I guess.

“Oh, and of course, it would also help to have a good economy, and not have a majority of Americans think that you have mismanaged a major health crisis.”

“Right now, only #1 is there for him. Even that rock-solid support from his base is looking shaky in the wake of his disastrous debate performance and COVID diagnosis.”

Gerald Seib: “Donald Trump was elected president in 2016 in part because he understood a few big things about the country’s mood, and stayed focused on them.”

“In similar fashion, Joe Biden leads in 2020 because he has bored in on two big themes that turn out to have broad resonance: The country is ready to unify rather than divide, and the coronavirus is, as he might say, a really big deal.”

Politico: “The online fundraising edge that Democrats have enjoyed for years has mushroomed into an overpowering force, with small-dollar donors smashing ‘donate’ buttons over the last three months to process their disgust for President Trump, fury with Senate Majority Leader Mitch McConnell and grief for the late Justice Ruth Bader Ginsburg.”

“Propelled by the wave of money, Democrats have suddenly expanded the Senate battlefield to a dozen competitive races, burying long-contested states like Iowa and Maine in TV ads while also overwhelming Republican opponents in states like Alaska, Kansas and South Carolina that are suddenly tightening.”

The Orange County Register reports that unofficial ballot drop boxes are popping up throughout California.

“Only county elections officials can oversee ballot drop boxes, choosing the number, location, hours of operation and other details. County registrars are charged with making sure every box follows strict state guidelines for security, including making sure they can’t be tampered with and tracing the chain of custody of all ballots.”

Politico: “While vote counting could be delayed in many states due to a glut of mail ballots, Biden is challenging Trump in several fast-counting, Republican-leaning swing states the president carried four years ago. Election administrators in those states, especially Florida and North Carolina, are confident they should have most of the vote counted on election night.”

“Meanwhile, the most important states that tipped the Electoral College to Trump in 2016 — Michigan, Pennsylvania and Wisconsin — allow, at best, extremely limited pre-processing of mail ballots. That means it could take days to actually declare a winner in those states.”

“The result: Several narrow paths to a fast 270 electoral votes for Biden, and basically none for Trump — barring a major surprise in states he lost four years ago. The president likely cannot win another term in the White House without waiting days to find out, though Trump has hinted that he could try to claim he won on election night based on vote counts that won’t yet include many mail ballots, which more Democrats are planning to use this year.”

Playbook: “The undertold story in Washington right now is how Kevin McCarthy’s House Republican minority is likely to thin quite significantly after this election. Steve Shepard, our election guru, has moved a few Republican incumbents’ seats toward Democrats in his forecast: Reps. Anne Wagner in the St. Louis burbs, Jim Hagedorn in Minnesota and Steve Chabot in the Cincinnati area.”

“Our over/under is Republicans taking a net loss of seven seats. Dave Wasserman of the Cook Political Report pegged the losses at between five and 15 seats.

Michael McDonald has been running evaluations of the early vote so far and he has a prediction: “I predict in the coming weeks the Democratic narrative will change from euphoria over the apparent large leads in early voting to concern that a disproportionately large number of younger voters have yet to return their mail ballots.”

Jonathan Bernstein: “Safe bet — at least, it’s a safe be that Democrats will be panicking about something. If it’s not the lower ballot-return rate from younger voters, it will be that more mail-in than in-person ballots wind up disqualified, or perhaps just that Joe Biden’s current very large lead over President Trump will slide back to being just a large lead. Democrats always are on the verge of panic, and after Trump won in 2016 despite being behind in the polls (but nowhere near as far behind as he is now) that’s only going to make them more insecure.”

“To be sure: Trump certainly could win — some events we can’t predict could still, even now, change things. But as for these particular worries (or, perhaps, hopes from the Republican side): There’s not much here.”

Reuters: “In this year’s matchup between President Donald Trump and Joe Biden, TV networks are facing greater pressure than ever to report election results accurately and without unwarranted speculation. Among the nation’s – and the networks’ – challenges are a president stoking fears of ballot fraud, a deeply divided electorate and the specter of a prolonged vote count, which raises the potential for protests, violence and lawsuits.”

“In separate interviews with Reuters about their plans for election night, top executives at five major news networks described a focus on restraint, not speed; on transparency about what remains unknown; and on a reassuring message that slow results don’t signify a crisis.”

“Major news organizations have become increasingly wary of sending journalists to travel with President Trump to White House events and campaign rallies, as the president and his aides continue to shun safety protocols after an outbreak of the coronavirus within their ranks,” the New York Times reports.

“The New York Times, Wall Street Journal and Washington Post are among the major outlets that have declined to assign reporters to travel with Mr. Trump as he returns to the trail this week, saying they do not have assurance that basic precautions will be taken to protect reporters’ health.”

Eric Trump has canceled a Michigan based campaign event scheduled to take place Tuesday at Huron Valley Guns after one of its former employees was linked to the domestic terror plot against the state’s governor, WDIV reports.

Vice President Mike Pence told Fox News he learned afterward from his children that a fly had landed on his head during last week’s debate against Sen. Kamala Harris.

Said Pence: “They’re the ones that told me. I didn’t know he was there.”

He added: “And it was a good laugh for all of us.”

Francis Wilkinson: “When the coherent half of the Republican ticket participated in the vice presidential debate this week, it was an opportunity for viewers to learn what the future holds. Yes, Vice President Mike Pence may be a talking-point machine, but to a debate audience that’s a more useful device than a random-lie generator. You can learn things from talking points.”

“There’s only one problem: Republicans have no points to talk about. If elections are about the future, the GOP plans are the blank piece of paper to which President Trump affixed his signature in his Covid photo-op at Walter Reed National Military Medical Center.”